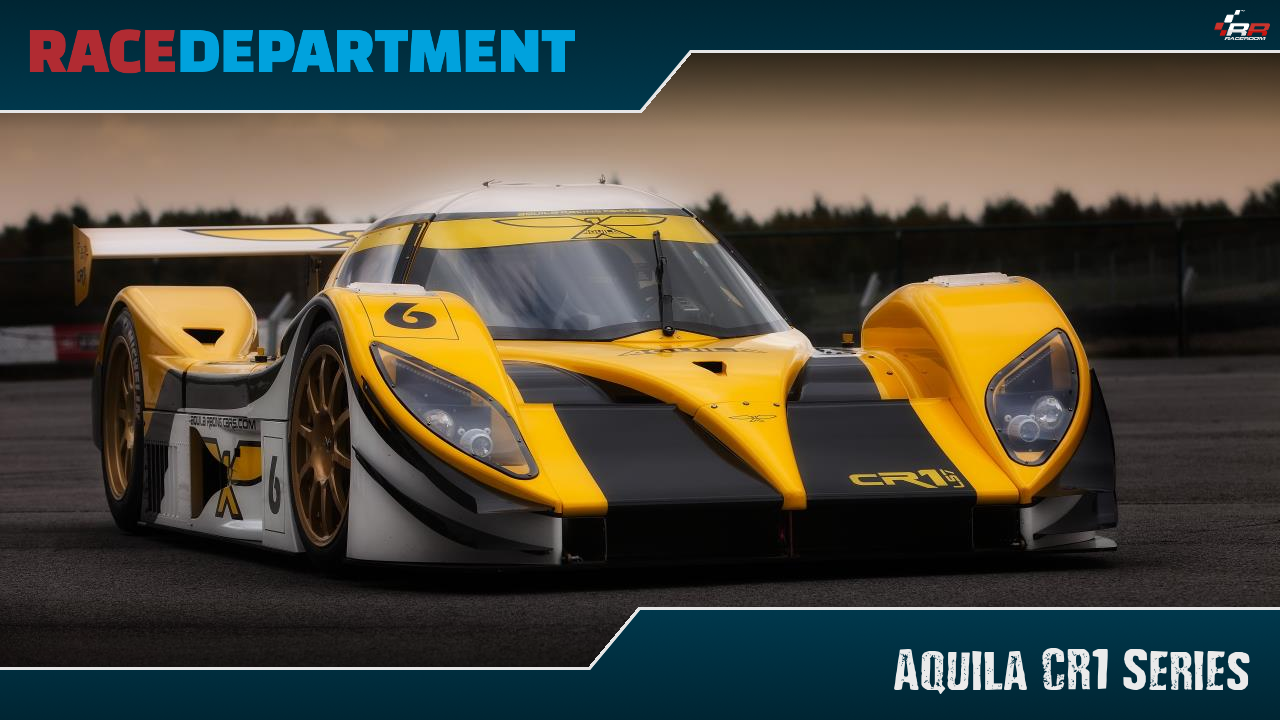 After four weeks and eight rounds of racing, we have a new champion! A string of excellent results sees Andrea Crespi taking the top spot in the Aquila CR1 Series, with Stephen Kenwood and Nicolas Soi in a somewhat distant second and third place respectively. Here are the official final standings: 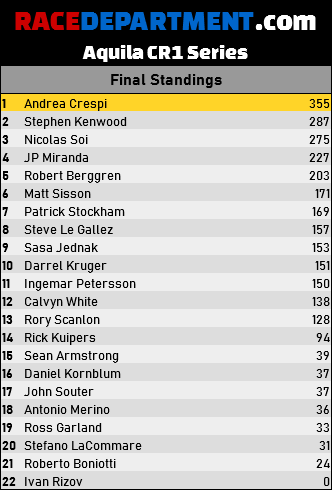 The Next Series
​
As usual, the next series will be based on the result of the poll attached to this thread. The poll will remain open until next weekend, so don't forget to vote before then! Also, feel free to post your thoughts and suggestions for future series in this thread, as all will be considered. Thanks guys! 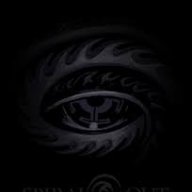 i would really like to drive xbow rr, so much better and more fun than a gt4 and many other cars, i think it could be the perfect choice for this kind of races 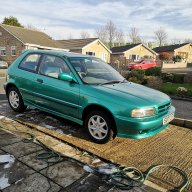 I wish I could vote for all three! 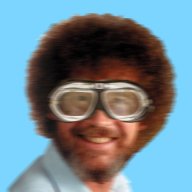 ScanScan said:
I wish I could vote for all three!
Click to expand...

Yeh me too. I don't really mind what we race this time. it's just nice having a full grid!
Reactions: Jopamir

Derek44 said:
i would really like to drive xbow rr, so much better and more fun than a gt4 and many other cars, i think it could be the perfect choice for this kind of races
Click to expand...

Unfortunately one person's favourite isn't necessarily the next person's favourite. While I agree entirely that the X-Bow is a very fun car to drive, it has never done particularly well in our club. The GTR 4's always have higher numbers, for example. Given past experience, I would say that participation would be lower for an X-Bow series than for the Aquila series.

I'm also very aware that the world situation is easing somewhat in many countries, with people allowed out of their homes and even back to work. Hence why I've gone with three universally popular classes for the vote this time. I want to see participation in the 20's like previous series, not the 10's like the last one.
Reactions: Port1s
R

Congrats @Derek44 !! Well deserved. I enjoyed the spec-car for this series, and think it was a great way to have to dip our toes into setups to try to get an edge.

I voted for DTM, only because I used to have an E30 M3, so this is a chance to re-live the past...digitally.
Reactions: Keith_G and Jopamir

As for next series, I voted WTCR as we had GTR3 and I am trying to make myself drive a bit WTCR cars. To add to that, with same goal (forcing myself to drive something else) I would propose NSU or one of formula classes.
Reactions: Jopamir

As for next series, I voted WTCR as we had GTR3 and I am trying to make myself drive a bit WTCR cars. To add to that, with same goal (forcing myself to drive something else) I would propose NSU or one of formula classes.
Click to expand...

We tried an NSU race a couple of months back and I was the only one who signed up so I'm not sure that's a goer.

I agree though, maybe after a more obviously 'popular' series like GT3 or WTCR, We could have a go at one of the Formula classes. FR3 might be a good introduction?
Reactions: Sasha Jednak

Yeah, an NSU series is a non-starter I think. They are fun cars and they are also surprisingly popular in the club most of the time, but in small doses. Running them every week for a month would likely get old pretty fast.

As for the formula classes, I'd love to have an open-wheel series. When the GTR 4's and FR 3's drew in their poll, I almost picked the FR 3's. But that would have been based on personal bias rather than experience. The reality is that all open-wheel classes have struggled in the club for a couple of years now compared to other classes. I don't know why.

Even doing things based on voting isn't any real indication of whether a series will work or not. The Aquila got 17 votes total, yet just one event actually had 17+ drivers. What happened to everyone else? Why vote if you're not actually interested in taking part?
Reactions: Jopamir 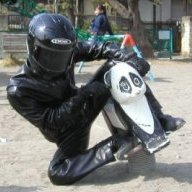 Didn't make the Aquila series because of summer vacation plans (using a RV so it was easy to keep safe ) I assume maybe others missed for the same reason. Enjoy the racing but the weather is great this time of year so got out the toys and having fun!! Look forward to getting back to racing though. Front Wheel drive is not my thing but always good to try new things! Winter is better for me because I never go skiing on Weekends
Reactions: Robert Berggren, Jopamir and Goffik