After dabbling in BTB years ago, I've decided to jump in again and try to create a finished, presentable circuit of my own design. Well, not entirely my own design - nature has helped me with this one.

Aotearoa Raceway Park will be my "learning" project, to help me figure out how BTB works beyond basic track creation and hopefully get competent with the program. I will post my progress here when I can, and I hope you enjoy!

I have based the circuit layout around the coastline(s) of New Zealand. The main reason for this being that I reckon it lends itself to some great corners, and also the fact that NZ is very close to my heart, with a lot of my family coming from there.

My intention with this design was to create a motorsports complex that is caught between two eras, so to speak. I want to evoke the imagery of a facility that has seen many races and has been around for a long time, but is sort of stuck halfway towards the future.
The North Island course is going to be reminiscent of the typical modern Grand Prix venue, with some liberties taken as to safety and such. So there will be tarmac runoff areas, flat kerbs, sausage anti-cuts and the like, with a modern pit building - but hopefully not to the point that it seems sterile and boring. It still has shades of the old-style, dangerous circuit it may once have been... think of TT Circuit Assen for a reference.
On the other side of the scale (and venue!) the South Island course is planned to be very old-school. Partially inspired by the Nurburgring Nordschleife, with an Ersatz-Karrusell corner, big kerbs, and elevation changes aplenty - made to evoke the real life South Island's mountainous terrain. It's twisty and treacherous, more of a driver's circuit than one which lends itself to good racing. It will have less flashy facilities that seem to be in a slight state of disrepair. There are traces of misguided attempts to increase the safety of the track - (optional) slow chicanes and patchy tarmac.

Both courses can be run separately, or combined to create an endurance mega-circuit. A sort of Nurburgring-24hr setup. We'll see how it works out. 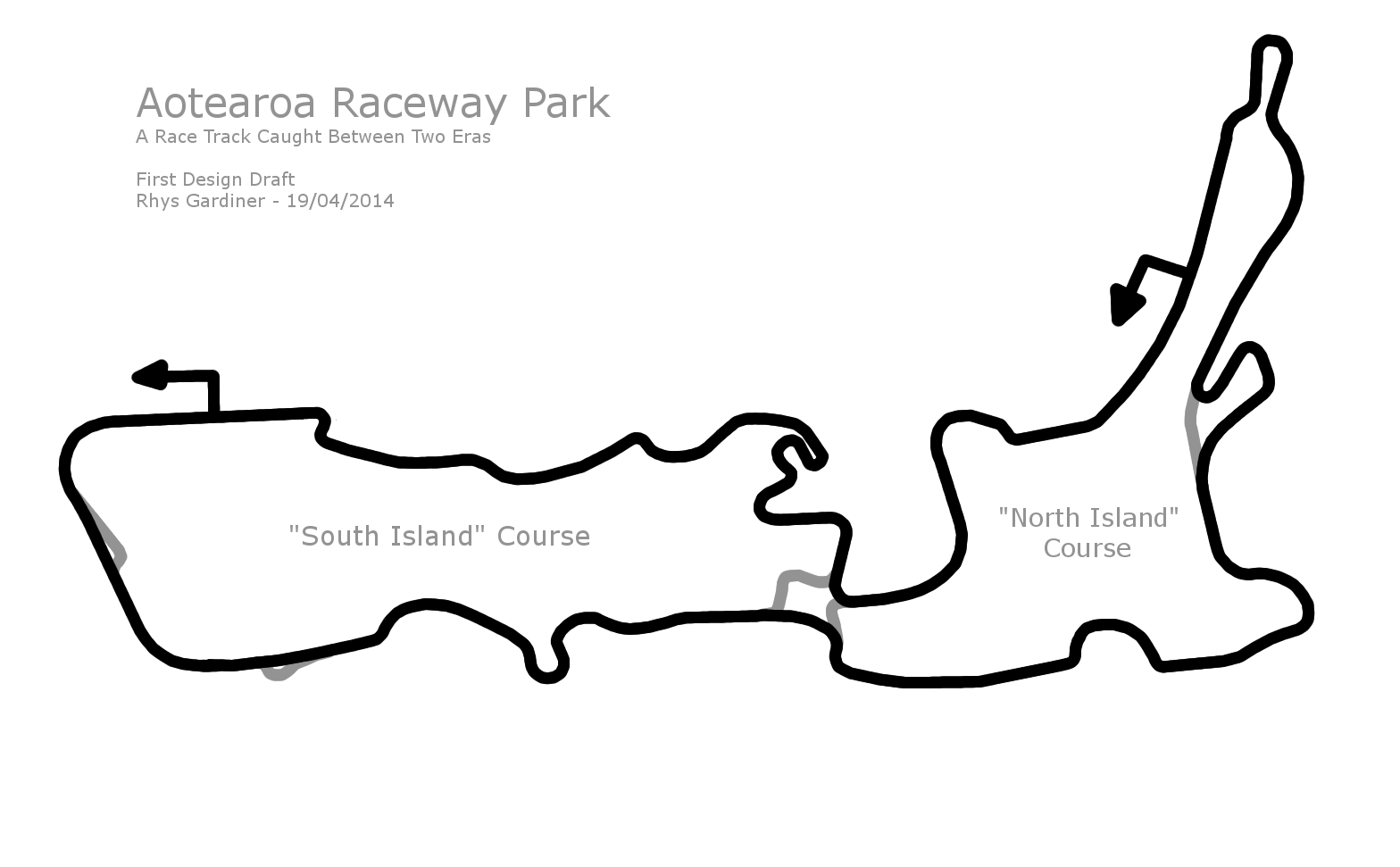 Nice idea Rhys & congratulations to finally getting into BTB.
If you have a Facebook account be sure to come join us there as it seems to be a bit more active there than here at RD these days...
https://www.facebook.com/groups/BobsTrackBuilder/
I look forward to checking your project out, and if you ever need a hand or advice don't hesitate to ask!
Best of luck,
BLeeK

Well after a long time of learning the ropes and teaching myself techniques, I've finally gotten the elevations and basic layout of the track to a point that I like. Here are some shots of what the track looks like in its current state. 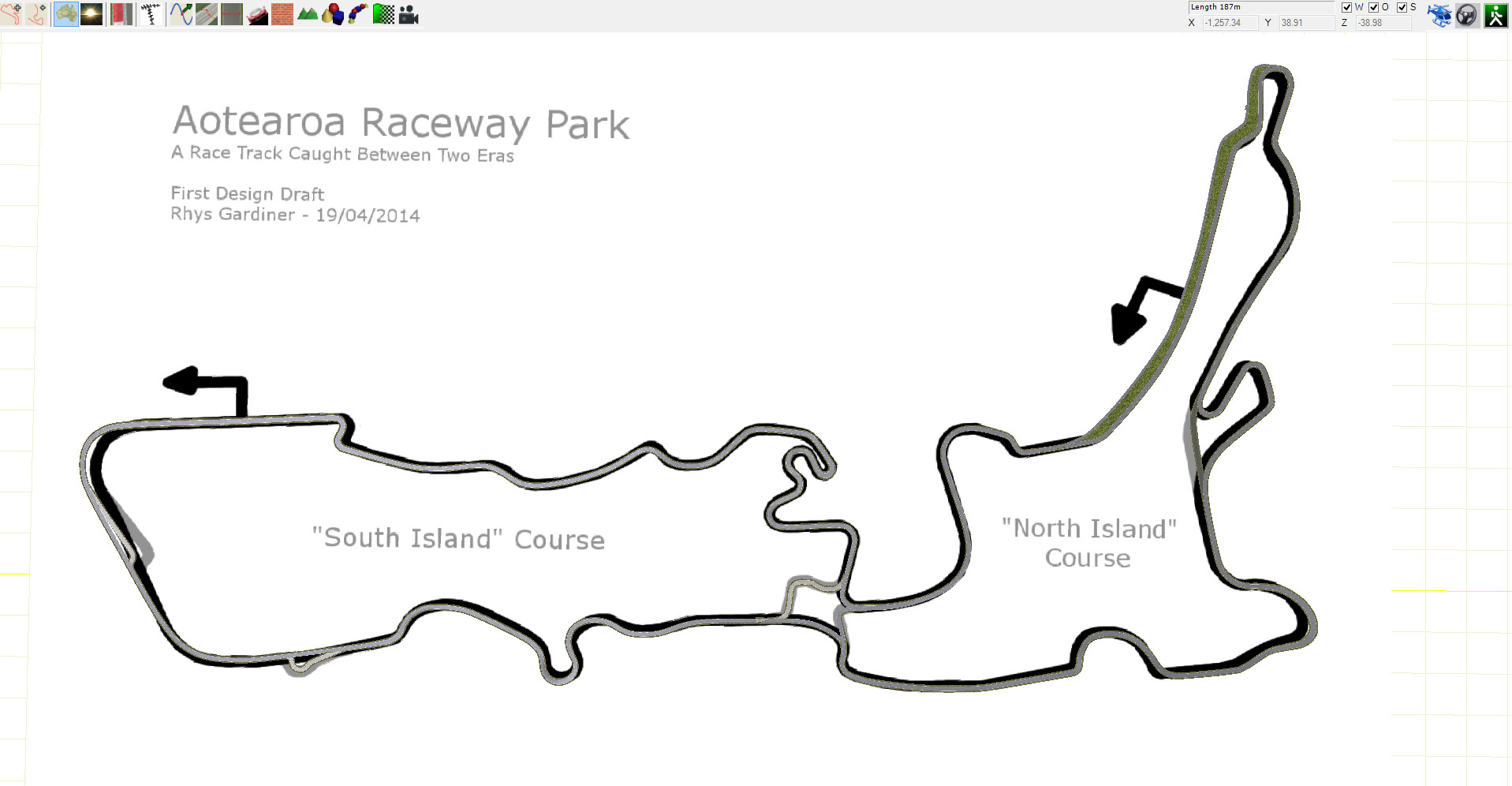 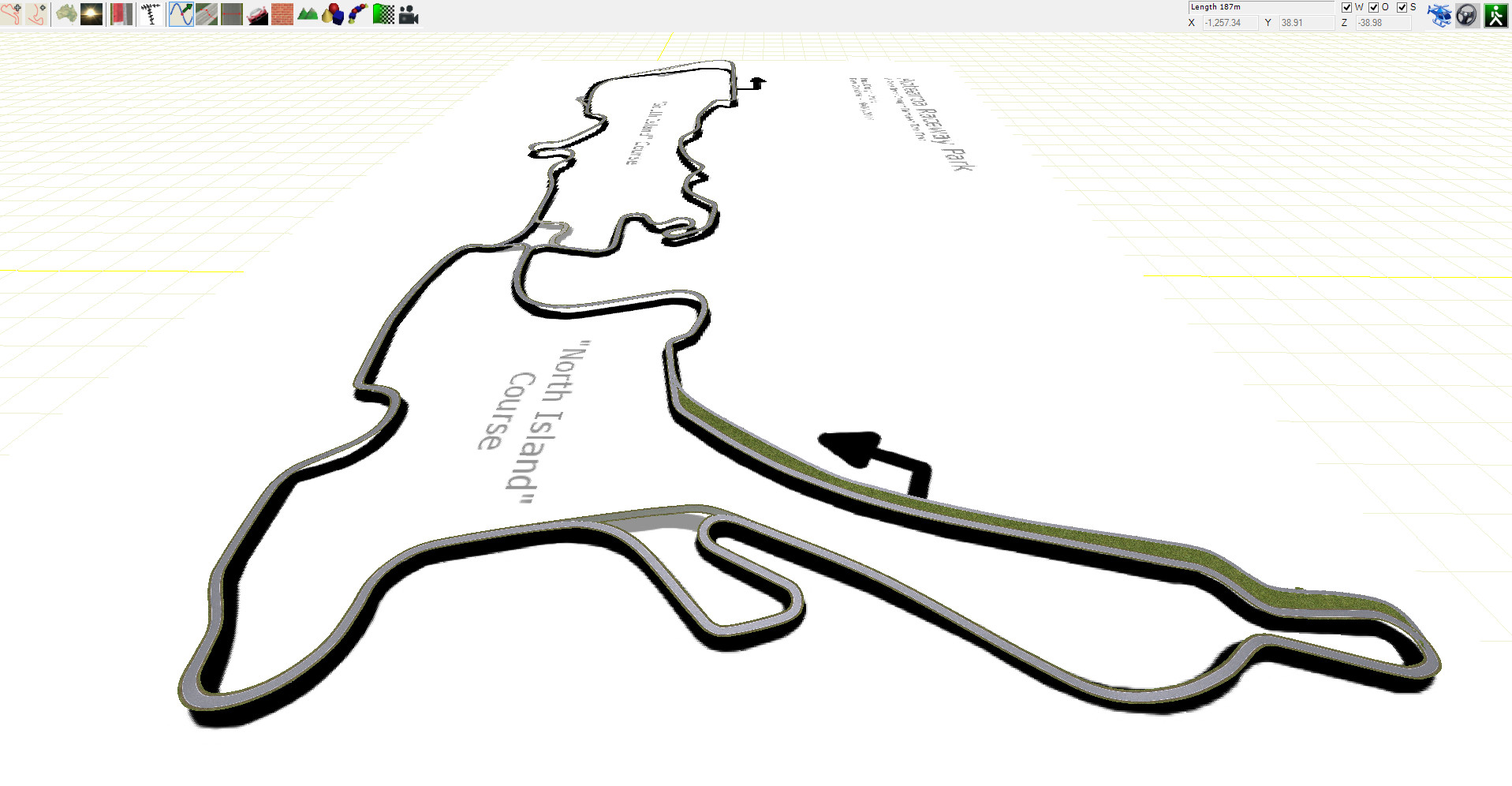 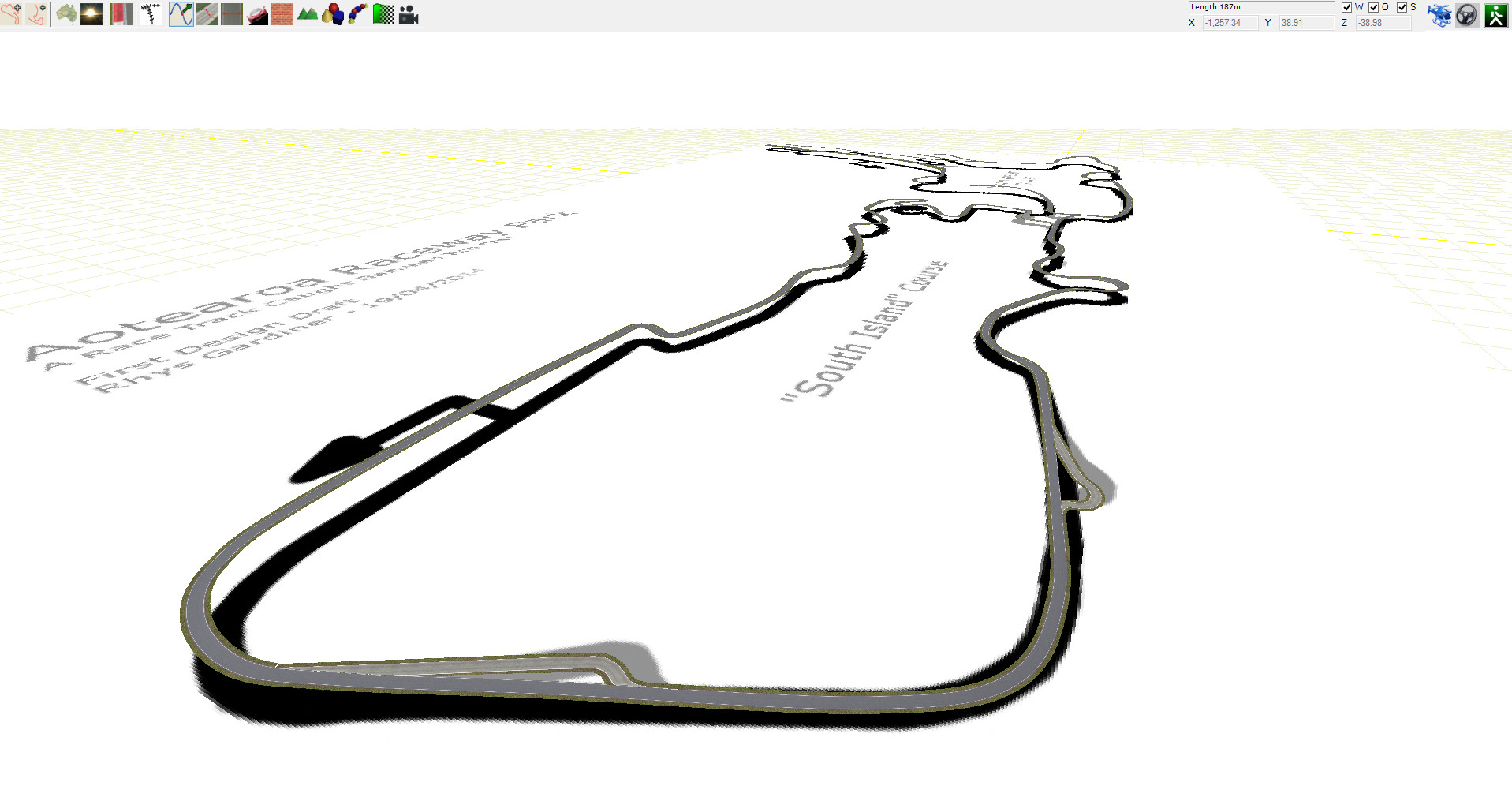