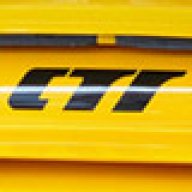 Build 981 (13/04/15)
GUI:
* Fixes layout of speaker for session results screen - WMD-6572
* WMD-6685: "Selfie" achievement fix. Increased the lenience for the number of vertices required to be in shot.
* WMD-6333: Added busy overlay when entering the load / delete screen if a load or save operation is in progress. This stops the screen appearing broken in this circumstance. Saves are taking an unusually long time in the PKG build, however -- this is not seen when running from the PC.
Cameras:
* Film camera fix so it renders the correct vehicle model
Gameplay:
* Various code changes to support WMD-6216 (Gameplay/Physics - Exploits are possible without the player getting penalised sufficiently): 1. Cut track timer is now dynamic according to severity of the cut / 2. Cut track timer now accumulates in the event of multiple cuts in quick succession (however we no longer increase the cut count towards DQ'd) / 3.Timer correctly resets so that it works consistently after triggering previously during a lap / 4. Extended physics interface so that the cut track timer and other app functions now access time estimates between waypoints at a per participant level (thx physics/AI team)
Characters/Animations:
* WMD-6681: Driver anims: Oreca - fixed driver clipping through chassis
AI/Pitstops:
* Default strategy for player has forced repairs, even when player enters the pitstops on the last lap. Fix for WMD-6673
* WMD-6674: Make sure mTyreUsed are set correctly with the tyres used by drivers. Make Enforced laps and damage based laps during enforced laps inclusive of each other
Physics:
* WMD-6554: Fixed setup of local pose of wheel PhysX shape.
* Better weather prediction for tyre selection during the race, fix for WMD-6549

Are you reading this, Kunos?
A

do you think game will be for release or another delay?
A

I beleave this is private .
I would post but it's not allowed for now . 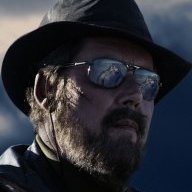 ^ We can share the build notes. They're kind of slim now that things are being locked down for release.
A