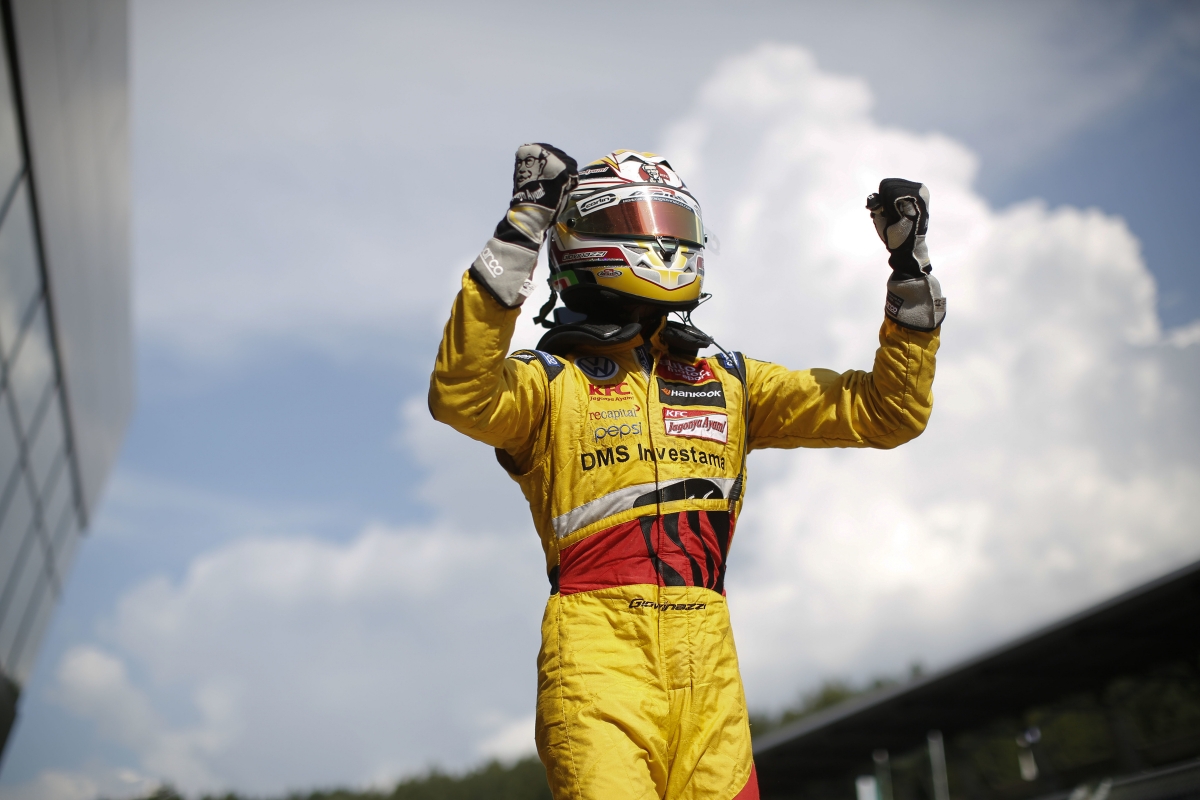 With the top five drivers from last year's FIA European F3 championship moving on to different categories, it now appears the returning Antonio Giovinazzi will be one of the pre-season title favorites as he announced yesterday that he was returning to the series this year with Carlin, his team from last year.

Both Giovinazzi and Prema's Jake Dennis will be seen as pre-season title candidates as they are the highest returning drivers from last year, although the bevy of very talented rookie's coming into the series will seriously challenge them during the year. Giovinazzi retains the support of KFC Indonesia from long time team mate Sean Gelael.

There were rumours that Giovinazzi would join his long time team mate Gelael in moving up to Carlin's Formula Renault 3.5 team, although the team chose the more experienced Frenchman Tom Dillmann to partner Gelael this year. The plans of fellow KFC Indonesia supported driver and team mate from last year Tom Blomqvist are currently unknown as he looks for a Formula Renault 3.5 seat.

Giovinazzi gave his thoughts on the announcement " I’m very excited to have another season with Carlin in F3, We had a good season last year, we finished on a high with some very good results. I go into 2015 with the championship definitely the aim and it’s great to have the same team around me to do that. Thanks of course to Jagonya Ayam for their amazing support once again, without which this wouldn’t be possible."

Carlin team boss Trevor Carlin also gave his thoughts on the announcement " Antonio should be seen as a real contender this season. He really matured as a driver last year and overcame some issues to finish the season on a high. We’re proud once again to be flying the colours of the Jagonya Ayam brand in Formula 3 and look forward to another season of racing winning success."

Predicting favorites for the FIA European F3 championship this year is almost impossible until the season starts, although amongst a host of very talented young drivers I would not at all be surprised to see Antonio Giovinazzi challenging for wins and podiums throughout the year.

Added thanks to paddockscout.com for their help with the info in this article.

What are your thoughts on the FIA European F3 championship this year? Please feel free to comment below.
Last edited by a moderator: Jan 22, 2015

Really happy that he stays with VW and Carlin The penny dropped at the Red Bull Ring weekend, where he and Tom (Blomqvist) ruled all sessions. From that point on he was really one of the pacemakers. Nevertheless next season will become really tough, as new youngguns are entering the grid. Mikkel Jensen, Alessio Lorandi and George Russell are just some of them...
Last edited: Jan 22, 2015

And it's worth 10 more points too!

I bet Giovinazzi will be strong this season.
But in every year new frontrunners came out of nowhere.
Official grid is to be revealed by March 2nd according to "Motorsport aktuell".
So long until then...
You must log in or register to reply here.

GM moving in a new direction with sportscar racing?