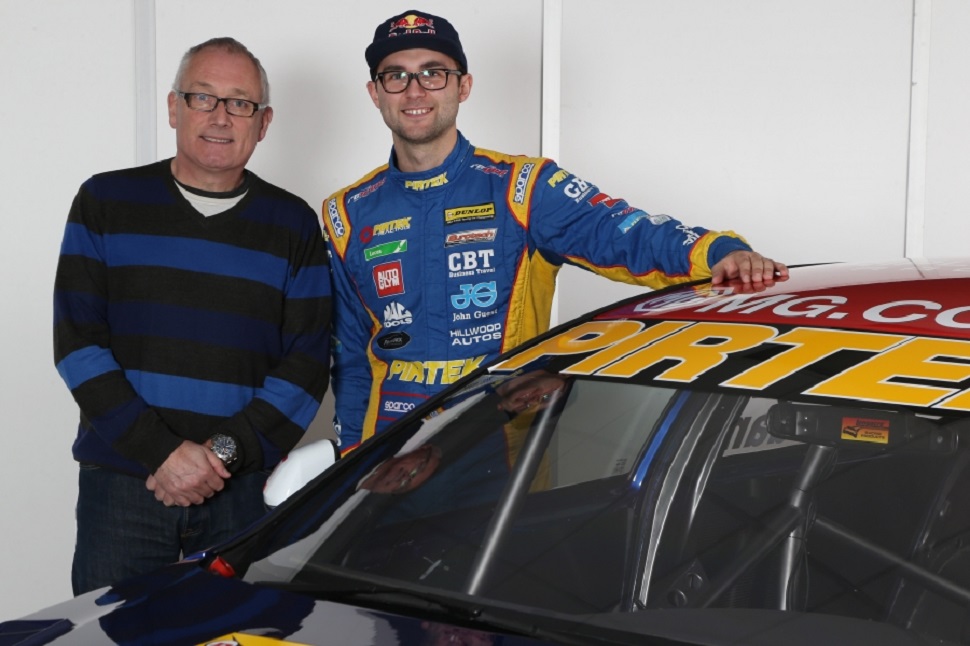 2013 British Touring Car Champion Andrew Jordan has today announced his move from the family run Team Eurotech to the Triple Eight run works MG team. Jordan suffered a difficult title defense in 2014 and will now replace Jason Plato as the lead driver of the works MG effort this year.

Jordan has signed a one year deal with MG and the move reunites him with Triple Eight, whom he drove for in 2009 when the team ran the works Vauxhall entry. That year was the only of his seven seasons that he's spent away from the family Eurotech team.

After his 2014 title defense was derailed with a very difficult Summer portion of the season Jordan explained why he chose to move to MG to Autosport " For me it's a new challenge and motivation, It all just feels very fresh, which really excites me.I've been there [Eurotech] the whole time bar 2009 and had some great times - winning the BTCC in 2013 is the best time I've had in racing - but the time was right to move away.I'm going to have to dig deep and lead the team in a different way. I was in my second year [when he joined in 2009] and way too inexperienced to go into that role.I always said I'd love to go back to that scenario and I'm a very different driver now."

Triple Eight team boss Ian Harrison stated Jordan was the perfect choice to replace the departing Plato, with Jordan himself also adding that he won't use any excuses if he struggles this year. He added to Autosport "I'm excited to work with the team and see if we can make gains in certain areas, turn the weaker circuits into strong ones," he added. It all comes down to the little gains and attention to detail.There's a programme to start testing in February. It's a FWD touring car, which I've been driving for seven years. The same principles apply. My aim is to go and put it on pole at Brands. That would be a huge statement."

This latest move is one of many potential key moves in the BTCC for this year, with fellow former champions Jason Plato and Colin Turkington yet to confirm their plans for this year. As for the Eurotech team it's also unsure what their plans are for this year.

The team ran Martin Depper alongside Jordan last year and it's unclear yet whether they will replace Jordan or simply choose to downscale to a one car entry for this year. This latest announcement has added some intrigue to the 2015 BTCC season, and with WSR set to announce their second driver at the Autosport Show this weekend, the BTCC is shaping up to produce another stellar season as the series continues to grow.

What are the thoughts on this latest announcement for the upcoming BTCC season? Leave your comments below.

Premium
I just read that WSR will have Andy Priaulx as a driver in BTCC.

Nox said:
I just read that WSR will have Andy Priaulx as a driver in BTCC.

Not only that, but the car is designed by RD's own @Jack Hintz
You must log in or register to reply here.