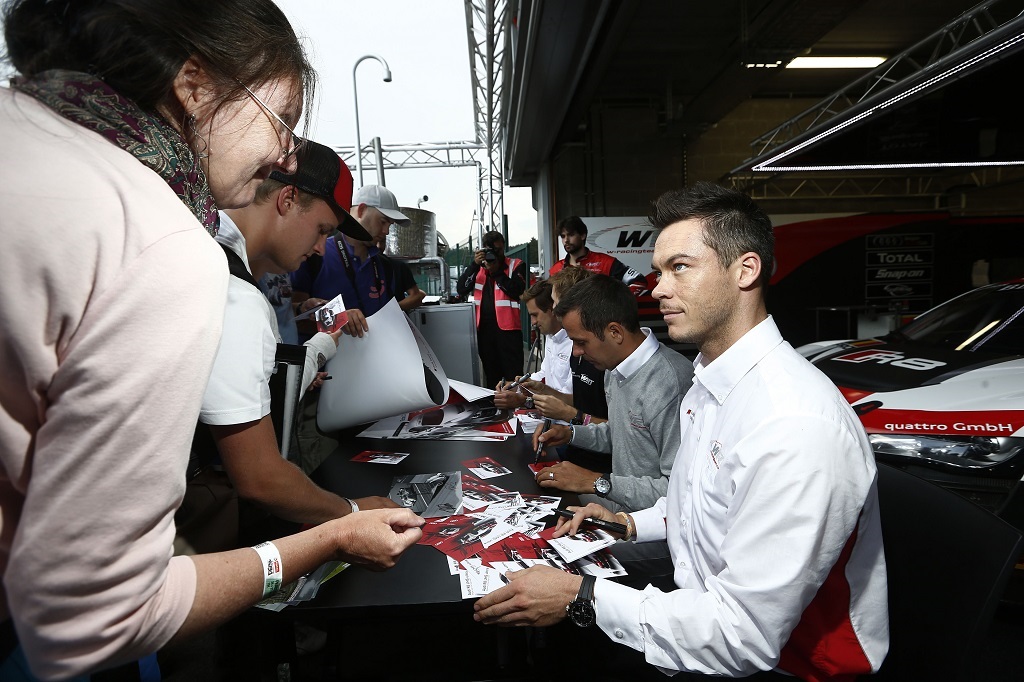 32 year old German Andre Lotterer is in line to make a shock F1 debut at this weekend's Belgian Grand Prix for the struggling Caterham team.

With a new owner and management team it seems increasingly likely Lotterer will step in to replace Kamui Kobayashi for this weekend.

The three time Le Mans 24 Hours winner and 2011 champion has impressed over the past few seasons both with the Audi team in the LMP1 class of the World Endurance Championship and the TOM's Super Formula team.

His only stumbling block so far appears whether he will be granted permission from both Audi and the TOM's team to race in Belgium, despite having a Super Formula race this weekend at Motegi also. However, it's been rumoured this morning that an initial entry list for Motegi has listed Andrea Caldarelli in place of Lotterer for this weekend.

Whilst the talented German's last F1 experience came over 10 years ago when he was a Jaguar junior racing driver and tested for the team on a number of occasions between 2000 and 2002. The talent and results he's shown both in the WEC and in the Super Formula series suggest he's long overdue a F1 debut.

On the other hand, he will have his work cut out in Belgium in a debut race F1 weekend with a highly troublesome Caterham. It's unclear yet if this is a one-off deal or if this will extend to the end of the season.

IMO, if he finally debuts in Formula One I will see his three-letter abbreviation as "LOT" on my TV
D

Don't understand this sudden move unless Audi is involved.

mod-edit: there are several threads about this topic already
Last edited by a moderator: Aug 20, 2014

LOL will it be Max Chilton next to lose his seat

Robert vd Heide said:
mod-edit: there are several threads about this topic already
Click to expand...

SEE the humor that was meant ,,dont be a penpushing Moderator !!!

Josh Noack said:
LOL will it be Max Chilton next to lose his seat
Click to expand...

I don't think so. His family are strong stakeholders in Marussia, I can't see Chilton losing his seat easily.

He'll replace Kobayashi in Belgium, but it'll probably be a one-off. Kobayashi is still part of the team. They may even swap around on a race-by-race basis depending on clashes with Audi WEC commitments.
D

Kobayashi's possibly set to return in Italy, too

needforspeedgamer said:
Kobayashi's possibly set to return in Italy, too
Click to expand...

It is a one race deal at the moment, Caterham haven't announced anything else. But they never actually mentioned if Kamui would return.
You must log in or register to reply here.