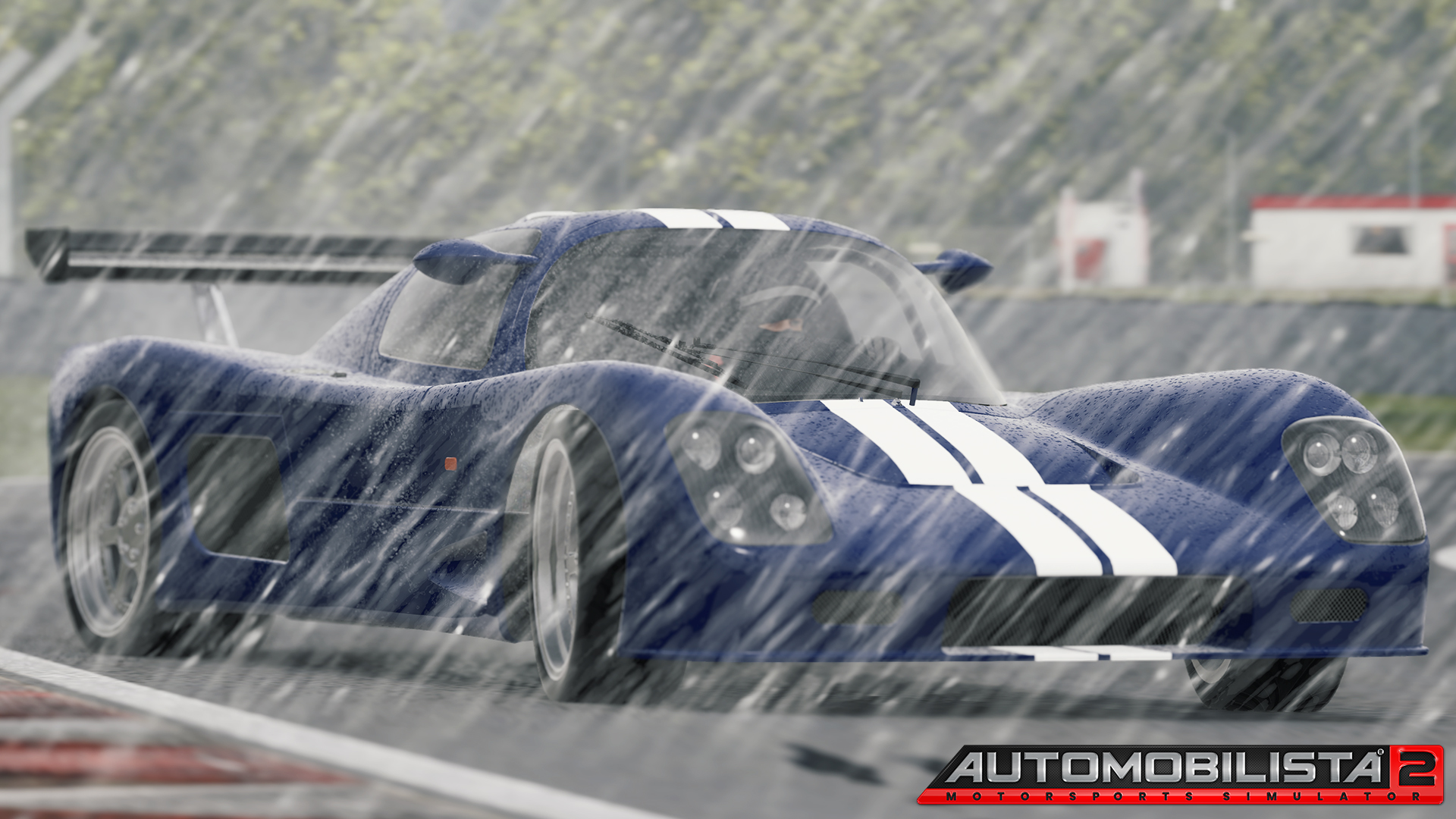 Reiza Studios have been teasing exciting sim racing news once again... with a nice comparison video thrown into the mix for good measure!

Anyone here ever heard of Automobilista 2? Yeah, I thought you might...

I did something I never really do yesterday, I announced an announcement for an upcoming announcement. Sounds silly doesn't it? Well to be honest with you, I was just so excited about the prospect of more AMS 2 news, I really, really wanted to put a little flag in the sand of the internet and give us all somewhere to go roast the marshmallows for a while and pass the time until said announcement wanders into the wild.

Well that time is now, so I'll step aside and hand over to Reiza Studios to share the latest happenings over in Brazil...

Hello everyone! We are back with another Dev Update to bring you the latest news about our active projects.

This has been another very busy month for the team, and possibly (hopefully!) the last in which we have worked in 3 different sims simultaneously (AMS1, rF2 & AMS2). It´s fair to say switching back and forth from engines doesn´t make things easy for the devs who are involved in all these fronts, so kudos to them for continuing to push hard in order to bring us up to the status I can now present to you

On rF2 there´s not much news yet as we´re still working on small update for the Bundle to fix a few remaining issues. This should not take long now.

For AMS1, we also didn´t quite make to release before the end of July as we had been aiming for, but August will surely see the release of Snetterton and Donington Park as final DLC items for Automobilista 1, along with a small patch for a few tweaks and minor bug fixes.

Both Snetterton and Donington have been modelled with the aid of LIDAR data and are along with the previously released brit tracks some of our most accurate models.

Here´s a preview of Snetterton in AMS1: 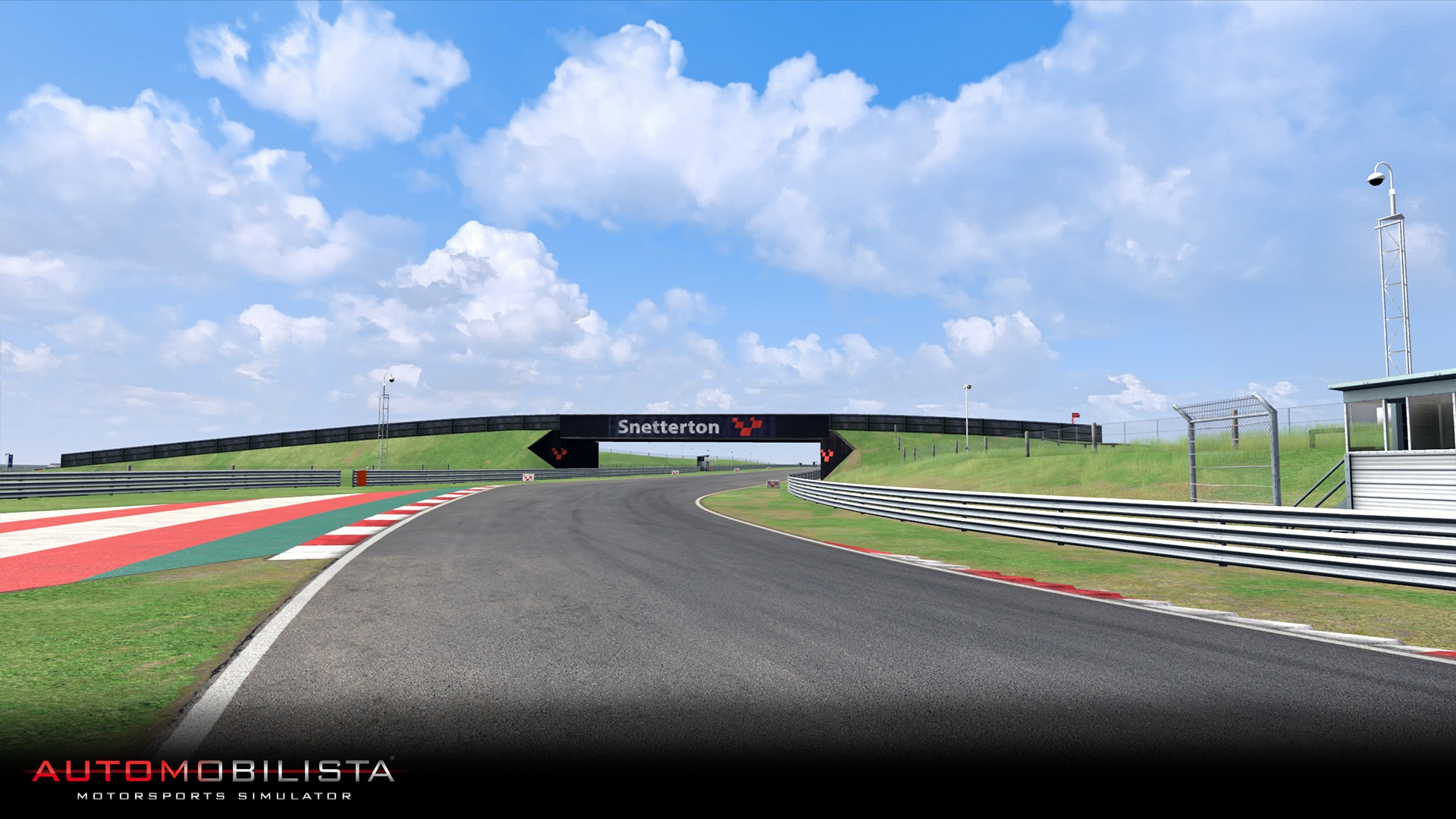 The main focus remain of course in Automobilista 2 and things continue to come along strongly there too, with a bunch of fresh cars and tracks being brought up to spec for the new engine as you´ll see peppered through this Dev Update 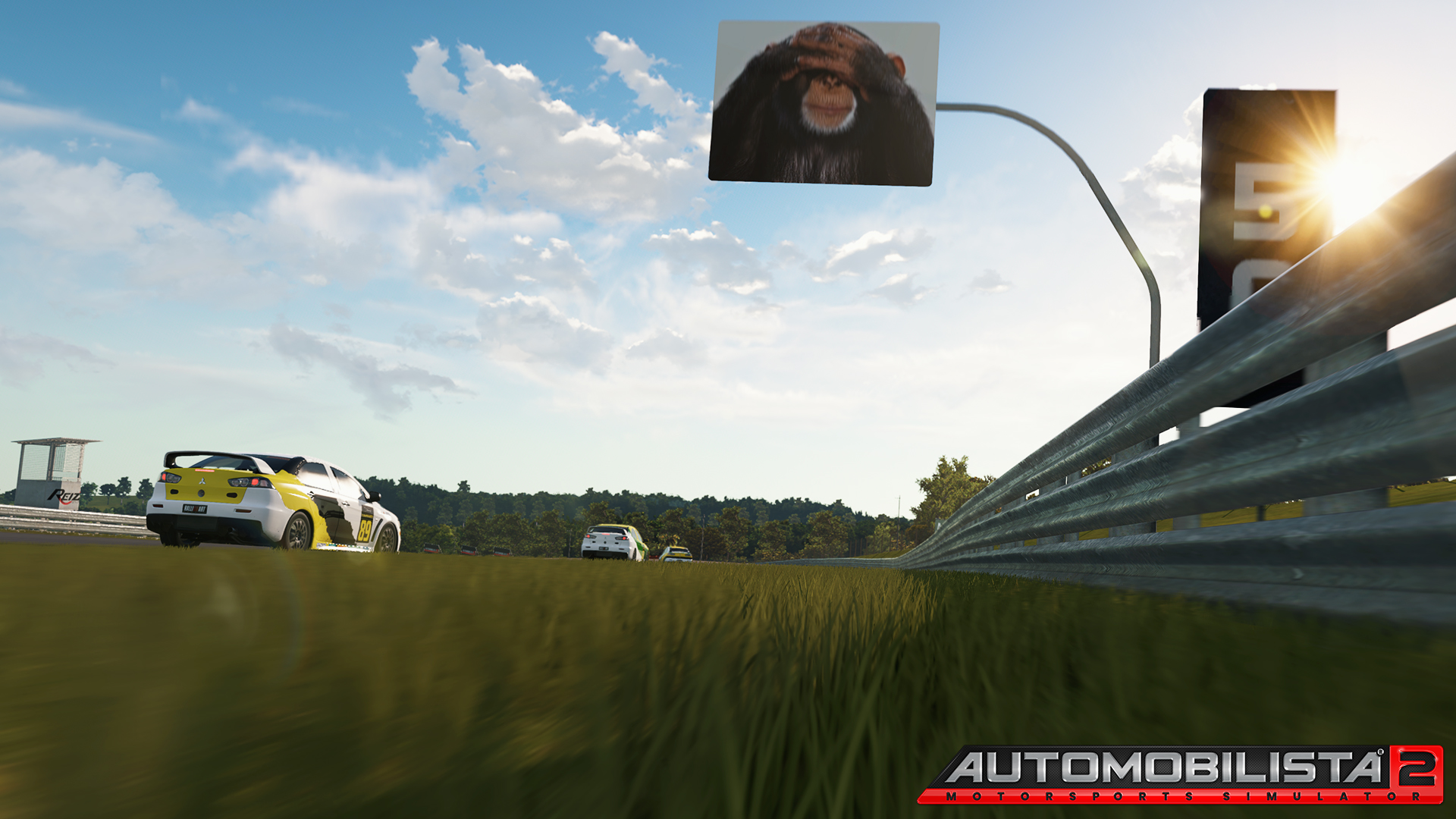 We found ourselves in an unusual position the last couple of months as we developed the same content both for the old title (AMS1) and the new one (AMS2) at the same time, as both Snetterton and Donington Park are being released as DLC for AMS1 and will be part of the base game in AMS2. It made for some interesting back and forth, and we thought it was worth putting together a comparison video. Check it out:

Opinions may and will vary as they always do and obviously nothing from the AMS2 video is quite the finished article yet, but in any case we found it made for an interesting comparison. From a devs POV we left the experiment feeling both reassured that the old dog AMS1 was well put together and is still holding up, at the same time with confidence that AMS2 moves every front up a notch or three in the right direction and with lots of room for improvement still.

The most improved part is actually the physics as this is one of the cars that drive substantially better in AMS2, although you can´t see that in the video

It will take a few months still until you all can compare for yourselves but at least there will be some fresh AMS1 content to race with in this time!

We are happy to be wrapping up a licensing deal with the historical Kyalami Grand Prix Circuit which will see the track featuring in multiple versions from its rich history as base game content in Automobilista 2.

The recently upgraded Kyalami is located in Johannesburg SA, it has hosted the South African Grand Prix several times from the 60s all the way to the 90s, and as a Grade 2 FIA certified track it is currently one of the few viable options for a future return of F1 to the african continent.

Kyalami will feature in Automobilista 2 release with its latest revision along with the sweeping, high speed historical 1976 version, with the 1992 version to be added post-release.

This is an exciting deal for us as not only it highlights our goals of expanding the horizons for Automobilista 2, but also from a sim perspective it adds an interesting challenge as the track is located over 1500m above sea level. In AMS1 we unfortunately didn´t get around to completing our thermodynamic model, but with AMS2 we luckily have that out of the box as part of the Madness engine so when racing in Kyalami players will have to contend with the extra challenge of a high altitude location and the resulting significant toll in engine and aerodynamic performance. 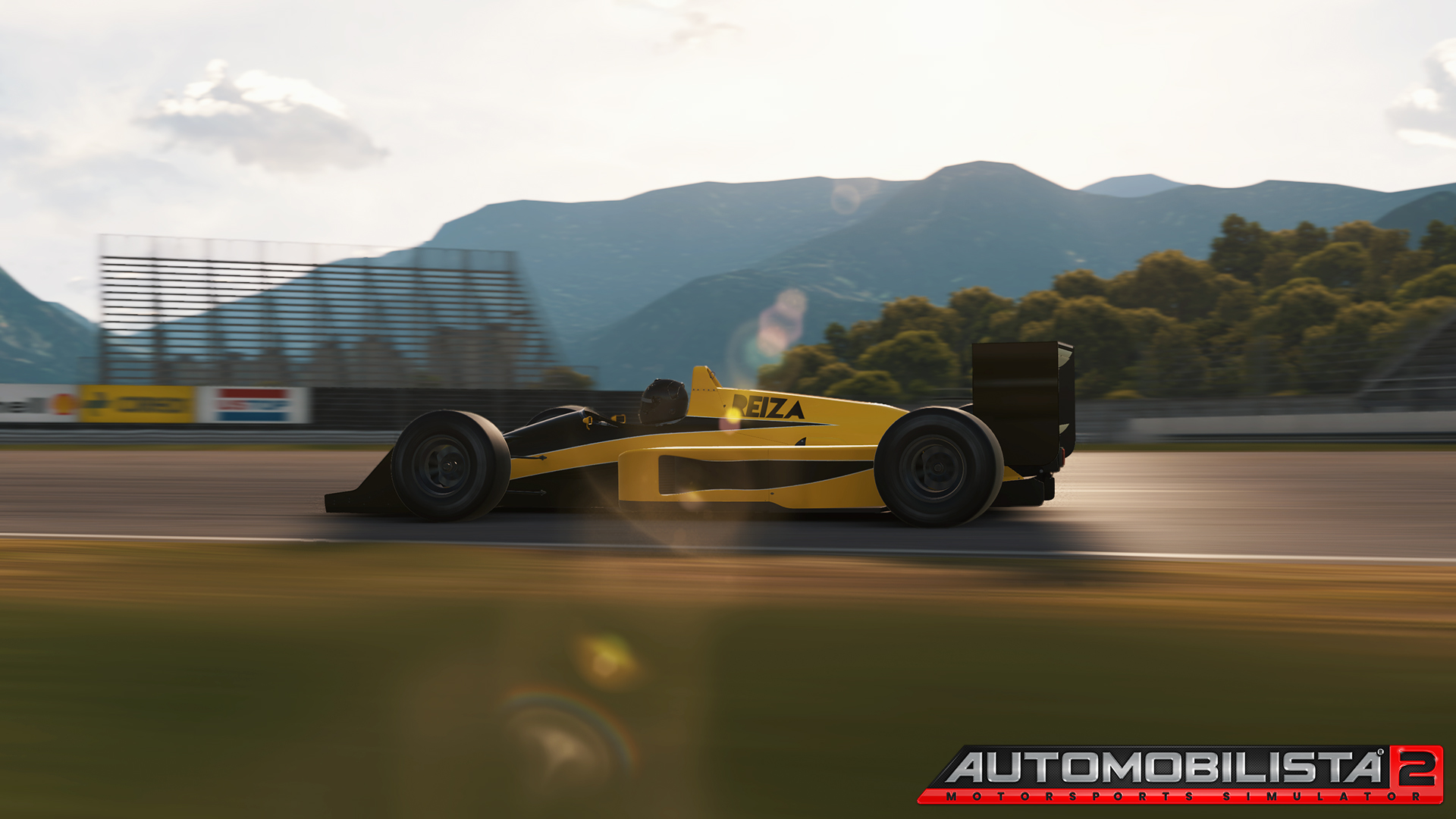 Sprint Race is a new Brazilian series which we are excited to officially include in Automobilista 2.

Managed by ex driver Thiago Marques, the series offers a low budget entry point for new drivers and has remained a healthy popular series for several years now. It has recently made its first venture abroad for races in the USA.

Powered by a 260HP V6 engine with RWD, sequential 6-speed shifter and with a central driving position, this car serves as an excellent training tool for several types of racing and should be a perfect option for door-to-door action. 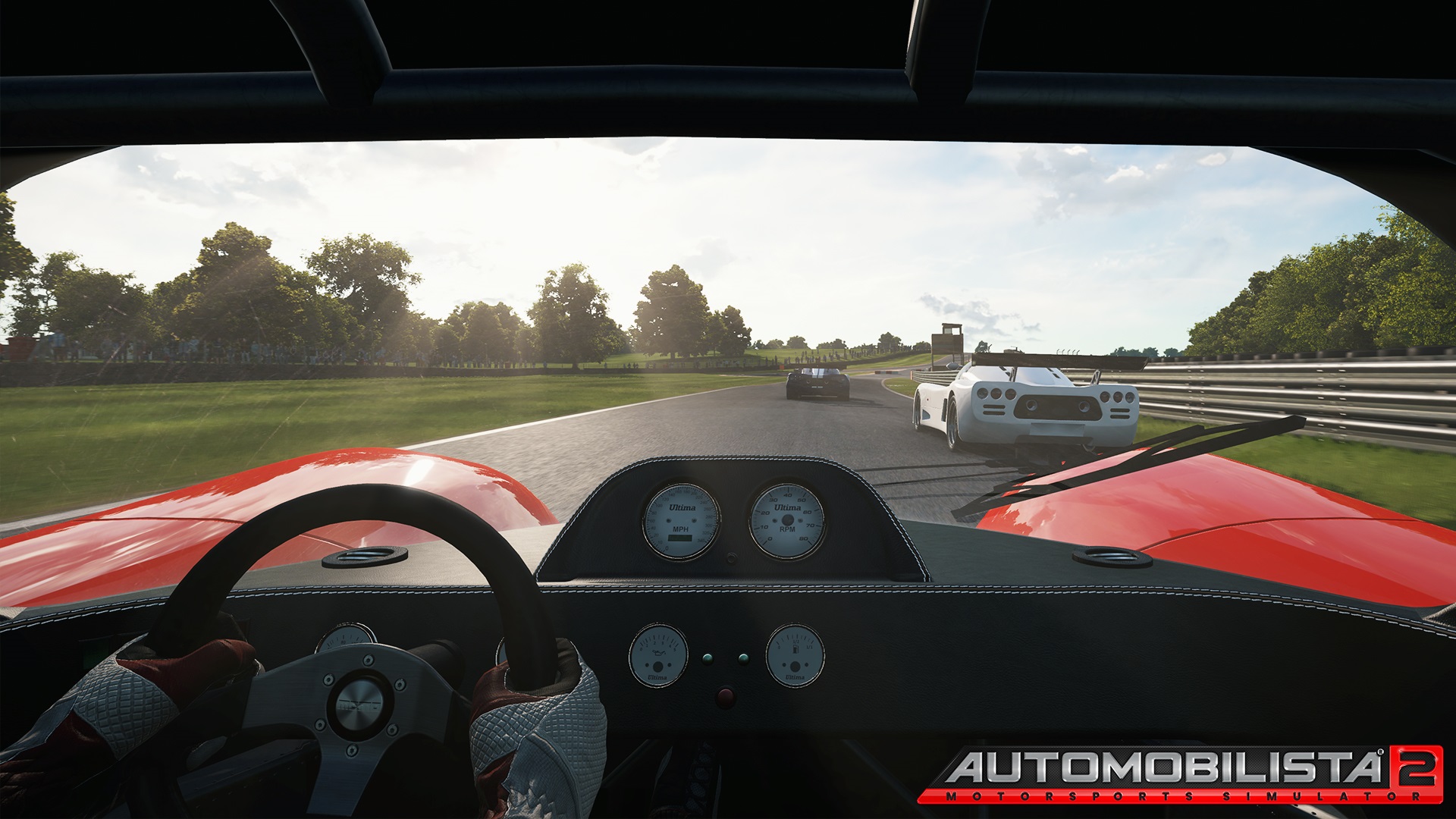 A reminder that you can already pre-order Automobilista 2 through the AMS2 Early Backing Campaign. We´d like to thank everyone who already bought in, the extra revenue stream is most helpful and it´s being put to good use with some fresh licenses already secured and others already lined up. More information on this program and how to participate here.

If you are looking forward to Automobilista 2 but would rather wait for release, you may opt instead to add the game to your Steam wishlist via the AMS2 Steam Store page - Steam will then let you know as soon as it´s released. 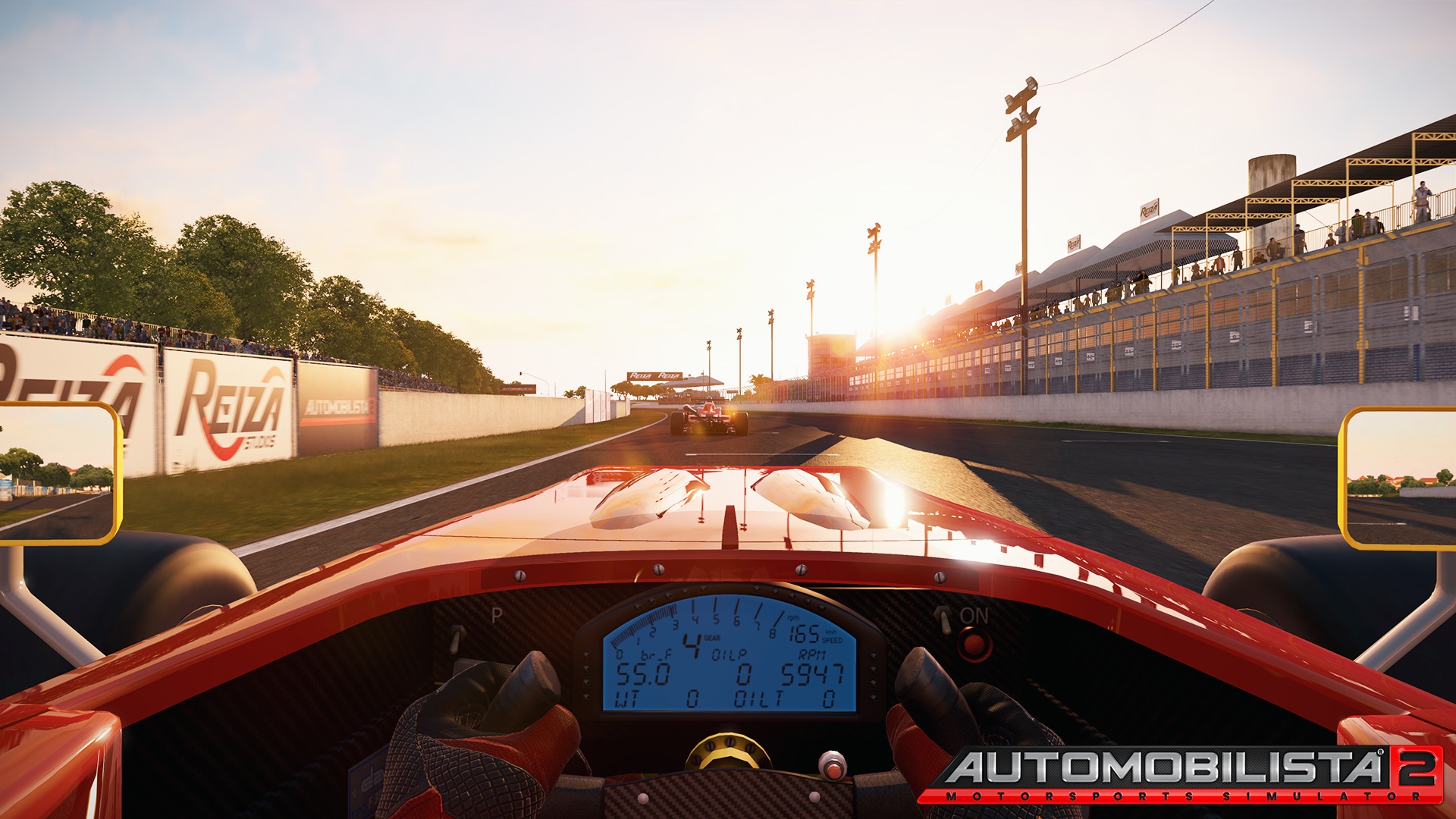 We got some more exciting news coming up but these we have to save for next month. Look forward to catching up again then, possibly a little earlier than usual 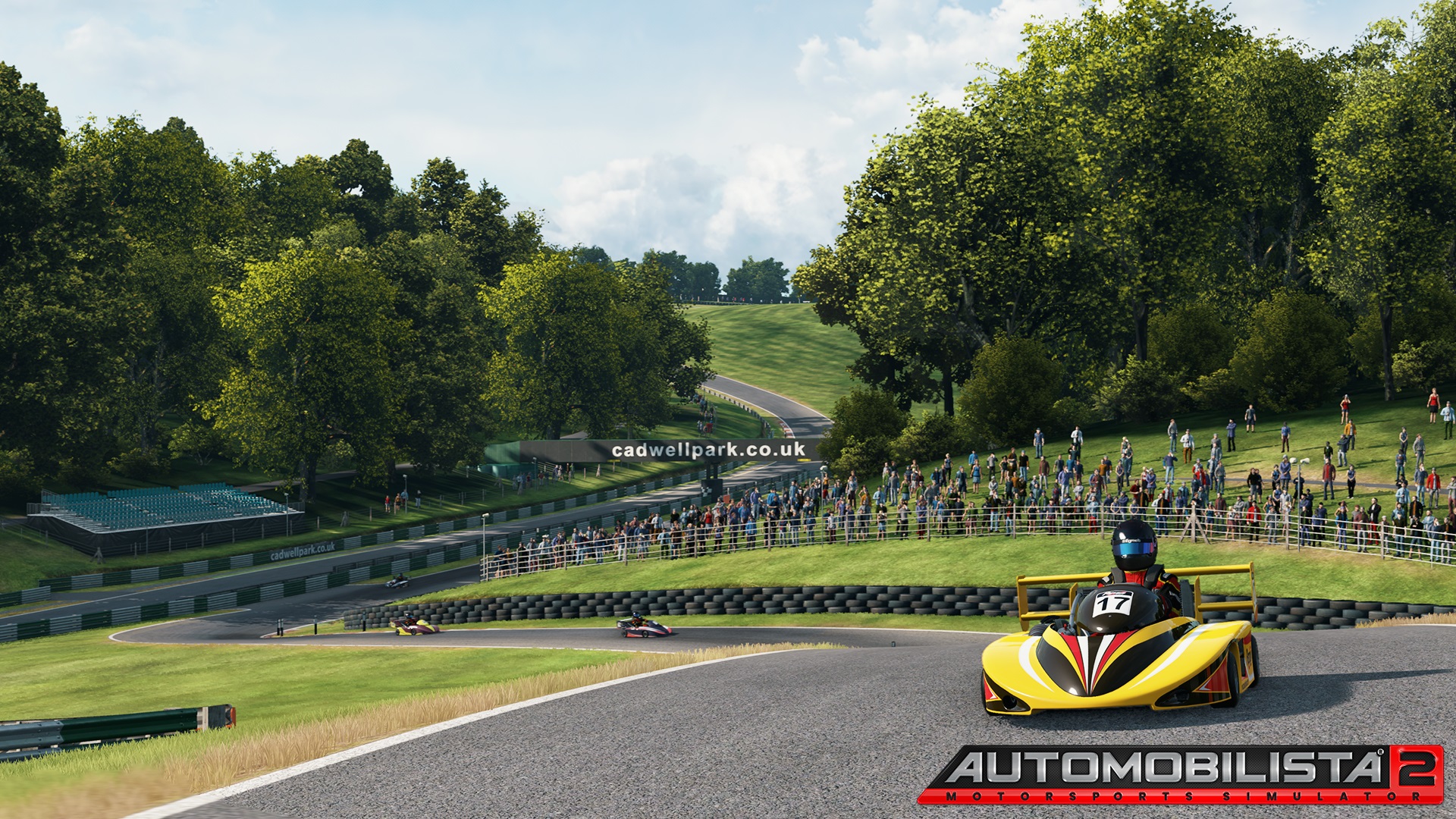 Well folks, take a breath, have a relax and go enjoy that video again!


Automobilista 2 will release for PC December 2019.

For the latest Automobilista 2 news and discussions, head over to the AMS 2 sub forum here at RaceDepartment and get yourself involved in the conversation today!

Dang, live article for almost 10 mins and no comments

Video comparison was kinda meh.
If they had no AM1/AM2 title in video I wouldn't be able to tell them apart...other than sound.

Kinda weird how well polished the screenshots of AMS2 look.

Another interesting series added to AMS 2. I was hoping for something like this replace the Silhouette Series in R3E, but this is nice, too.

Nice stuff to look forward to, Kyalami brings back memories of GPL and in Reiza hands it should be brilliant.

I am so stoked, this is going to be epic!

I recently sent a coworker a quick video capture I did in PC2 - he had watched it on his phone and honestly believed it to be real! I had to have him pull it up on his laptop in order to convince him it was a game. Can you imagine those visuals + Reiza physics and general attention to detail?!? C'mon, how can this not be amazing?!?

Looks good, Video clearly shows the differences to me, lots to get excited about but December is still a ways off and there's other Sims to enjoy in the meantime, thanks chaps.

Speaking of those beautiful screenshot and this somehow meh-look gameplay video....

Even irl normal sunny days can look boring. If I am a photographer, I would prefer sunrise/sunset over mid of the day to take photos of landscapes. That is not over polishing..... that is just how things are. If you have been to the local tracks for track days, where besides the road and few buildings there are only trees and grass, you will notice the environment actually looks even worse than the game, because real life's color saturation is not as high as the virtual world.
Last edited: Aug 1, 2019

Kenny Paton said:
Nice stuff to look forward to, Kyalami brings back memories of GPL and in Reiza hands it should be brilliant.
Click to expand...

It's already in ams1 just not called kyalami.

What's with the chimp?

Glad to see some fun tracks from AMS confirmed for AMS2. I keep hoping to see the 70's stock car in one of the screenshots, I'm worried it might be axed for being a too old 3D model as I think they mentioned some wouldn't cut the mustard.

Surprised they havent shown the eye candy that is the Fiat Uno yet, it's a real head turner!

Where's my DeLorean? I need to reach 88 miles/ asap.

Andy-R said:
What's with the chimp?
Click to expand...

I think I first drove the modern Kyalami in one of EAs Superbike games and last drove it as a mod track for GT Legends in 2006, but I do remember enjoying driving there. Although I don't a;ways appreciate AMSs unique content, this is something I'm sure I will and its a great addition IMO.

I enjoyed the comparison video too. Snetterton perhaps flatters older graphics engines as the trees are a long way away and there are not many shadows on the track, and not too much to reflect off the car paintwork ether. When you compare driving under the bridge then you see how in AMS2 the bridge is reflected on the paintwork and the bridge casts a shadow.

David Wright said:
I enjoyed the comparison video too. Snetterton perhaps flatters older graphics engines as the trees are a long way away and there are not many shadows on the track, and not too much to reflect off the car paintwork ether.
Click to expand...

That's probably true, and it makes me wonder why they'd choose that track. You'd think they'd be looking to impress us with comparisons of a track that favours the new title.

the video is also a trailer for the track, you have release date at the end, thats why i guess
J

I know the goals is add content over the seas, but i hope if as possible bring the "Turismo Nacional" (Marcas 1600cc), in the recents years they have grow and bring new production cars, is no more like in the past, that are a bunch of old cars, will be lot fun recreate the "Cascavel de Ouro".

I have a confidence Reiza will get the gameplay right (physics and FFB) but not so much for the crappy PC aliasing! Please use a better AA method.