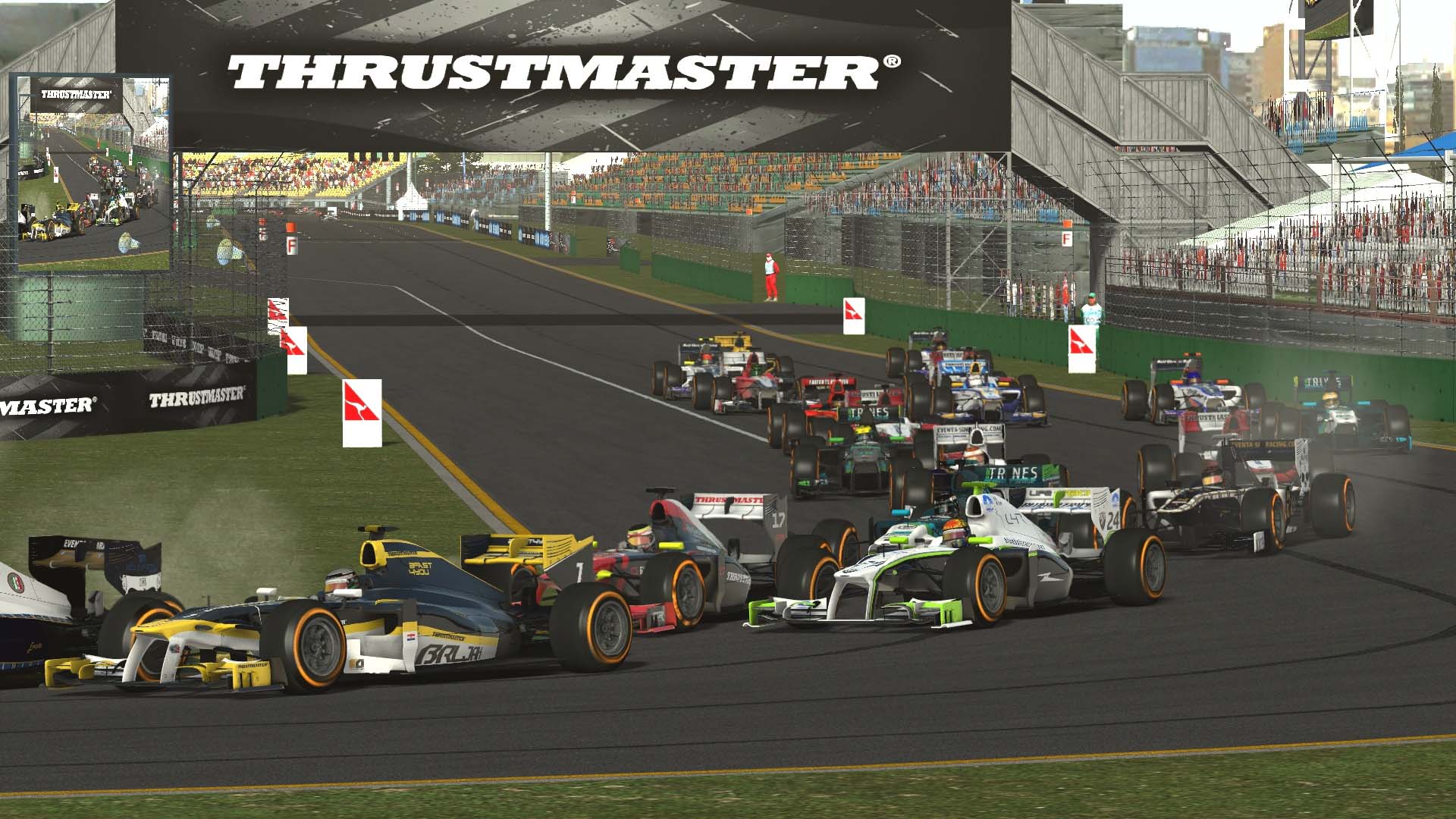 Kweekel returns to finish some business.​


Second and third separated by half second.​


Two stop and 1 stop strategies in the points.​

Dutchman Jeroen Kweekel of GhostSpeed Racing Team and Ace commentary fame was expected to return to fight for the Pro Title in 2015. Sundays race showed that he is in great shape to do that. He started on the front row in P2 with a very handy qualifying time of 1m22.375.

He might well have had a sharp intake of breath when the newcomer, Polish driver Nikodem Wisniewski from Avid Chronic Racing lived up to the paddock rumours and the announcers suspicions with pole and a blistering 1m21.878. (-.500s). An amazing lap that would have seen him on pole in the World Championship race.

Kweekel himself raced in the major category later in the afternoon and showed he has the pace to mix it at the front end of the top league.
It seems that things will be a a bit tasty at the front in Pro for 2015.
Some might think that's a problem having very quick drivers in Pro, others might think it's a great thing to have such depth of talent and speed on the Pro Grid.

We were denied a battle between Kweekel and Wisniewski when it looked like the Polish driver suffered electrical problems before the braking zone for the Turn 10-11 chicane when in the lead with Kweekel in close pursuit. There was contact but the car of Kweekel was able to continue.

The battle for second place was intense as Kallas and Schgör fought over many laps. The Italian driver did manage to hold position only to be cruelly denied second place with a fuel pick-up issue no more than 50 metres from the line. It handed the place to Kallas who had been hounding him for many laps. The fight was made a little more unorthodox and tricky for the commentators to call as Canadian David Cook out of position and 2 laps down after collisions and repairs clearly had the pace to run with them and fight but had to sit behind them due to the blue flag he would experience otherwise.

The three podium getters all ran a 2 stop strategy and had a comfortable gap to Fourth placed driver Estonioan Alari Algpeus and then to Great Britains James Sadler in Fifth. However looking at race pace and pit stops (including drive-throughs) it becomes apparent this was due to unscheduled pit lane visits rather than pure pace.
Fourth placed Algpeus (+1m02.389) managed a lap of 1m24.905 but visited pit lane four times.
Fifth placed driver and Ace commentator Sadler (+1m12.246) recorded a best lap of 1m24.888 and had 3 journeys down the pit lane.
We will look into it but it is likely that Sadler had damage and Algpeus a drive through.

The balance of the drivers on the lead lap were;
Sixth: Italian Christian Befumo- BBR Life4Racing (+1m19.170) 2 stops
A handy drive from an apparent* 20th on the grid
Seventh: Italian Andrea Cannatà -Eventa by Pescara SHS Pro (+1m28.116) 2 stops.

Then lapped but in in Eighth place and in the points we saw American Andrea Ventura -Origin Front Row Racing on a stop strategy.


The formation lap saw an incident as the field “concertinaed” into turn 16 slowly approaching through the final turns to roll to the grid. It caught out one driver who collided with a slowing car and flew over another. It damaged innocent party, Andrew Pienaar who lost his rear wing. Had he realised Andrew could have exited and started from the pit lane once again intact, but unaware of the missing wing he stayed on track and his race was effectively ended.

It was a little unfortunate if unsurprising to see a lap one turn one incident which caught up several drivers. Hopefully the Pro grid will become aware that races are not won at turn one, but they are often lost there and a brave move with full fuel and cold tyres and brakes on a driver who out-qualified you will seldom “make your race”.
Albert park walls too, are notoriously deceptive and unforgiving. They claimed several victims on Sunday. There were however still 14 drivers circulating at race end.

We asked Martin O'Brundle to remark on strategy.

“Well I have to say I was surprised to see more than the one plan (a two stop) go anywhere near working in a 35 lap race. I was expecting every driver to two-stop. It was just a case of when you would take the medicine and use the prime tyre and for how long. However, two drivers went for a one-stop and it didn't work too badly for them. One ending in P8! I know one driver felt he didn't have the ultimate pace here to mix it in a 2 stop and extract enough performance from the options. So a 1 stop jumped him ahead of some 2 stoppers and he managed to stay ahead of some of them with options at the end. It did mean managing tyres a bit and not over driving them. So you live and learn I guess”.

O'Brundle also had a word about the pace variation on the grid. “Personally I think its a great thing for the new drivers to be on the grid with drivers who have pace adequate for top 5 in World Championship. It will give them a great target, firstly to remain un-lapped then to stay closer and finally to mix it with such drivers. The guys at the back of the grid might be 3-4 sec off that pace-so what? That's what Pro is for. There are still opportunities for new drivers to score points as eighth, ninth and tenth place were a lap down.”

So the Pro grid has now all “had its feet wet” and gone through a race weekend with all its excitement and challenges be they on track or with equipment or procedure. We look forward to a great race in Sepang Malaysia.

We asked Martin what his plans were between now and round 2. “It's too far to go home and back in 6 days so I'll probably do a short sailing trip off the Whitsunday coast and a scuba dive on the Great Barrier reef then fly out of Cairns to KL.”

*There seems to be some inconsistencies between the official qualifying results and what we saw on TV,which we will look into when back at the office.

We will see you in Malaysia this weekend for round 2.