AI speeds on a few tracks that I have Question about

Most tracks that I have I can adjust the AI difficulty levels to my driving level and have competitive races with them with single player offline. But I have a few tracks that were setup that the AI are ridiculously fast even when I set difficulty down to 70% using the same GT car. Any Car adjustments dont seem to help me.

How can I adjust AI on these few tracks so I can get them to go even slower than then the normal game settings- less than 70%?

This is only for my own personal single player offline racing pleasure.

thanks for any info,

Note: I see some of these tracks where the WorstAdjust is set far too high like (0.9000 to 1.0000) and these figures then only allow you to lower the strength from 90% to 100% which is not at all correct thus doesn't allow the slower driver to lower the AI strength no matter where you set the AI strength. I also saw a few tracks where all these settings were at 100% which makes you race the AI at 100% strength no matter where you set your ingame AI strength, thus edited incorrectly.

You will need to edit these AIW settings then to repack the MAS file containing the AIW.

If you provide which tracks and their version number then i can examine the track's AIW and be able to make a more accurate diagnosis.

If the tracks in question are the default ones that came with rFactor2 then they were correctly done!
Last edited: Mar 1, 2019 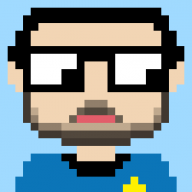 I play a lot against the AI using GT cars on both official and third-party tracks and haven't experienced this, or at least to that degree. Usually setting the strength to something between 95% and 110% works nice for me, depending on the track. Something I found out recently was that the AI always uses the hardest tyres available, which was creating an issue for me. Since I was using softs, I was easily faster than the AI in qualy, so I had to ramp up strength to 115% or even 120% at some tracks in order to make it more balanced. However, the AI would then blow me away in race pace, being up to 2 seconds faster than their qualy pace as the tyres really got up to temperature. Using hards in qualy fixed this for me as I could once again use lower strength values (95% to 110%) which work nice during the race and at the same time I'm having to fight hard for pole.

Anyway, it depends a lot on the specific mods and your own speed. Could you please tell me on which tracks this is happening, which GT3 packs are you using and if possible your typical lap time at Silverstone or any other track you remember and with which car?

gluon...the problem you are experiencing is more than the hard tire issue. The modder might not have included "Talent" files with the car mod or if there are Talent files included then they need to be fine-tune for improvement. There are settings in the Talent files for qualify and race to help improve a little faster qualify time compared to a race lap time.

Also, you can assign the AI a setup which can help considerably with certain combinations of cars with specific tracks!
Last edited: Mar 1, 2019
Reactions: gluon
D

Thanks for all your replies. Yes the tracks that are very fast are a few 3rd party tracks. The track is Le Mans track 1991-1996 from ISR simracing website.and the car used is the Mclaren 650S GT3 car(recent added GT3 carset). Discovered something interesting. Seems the AI cars go balls out in the PRACTICE mode at 70% difficulty, but are back to normal slow speeds in RACE mode. I didnt try QUALIFY, I usually just start from the back of the pack. Link for track is below.
Mod Edit: link removed.

So looks like I can set difficulty level to race with them in RACE mode,i think(didnt try that yet). But at least I know I can keep up with the AI with no problems on this track. Just wont do practice mode since I know the track pretty good now..

May I ask though what programs/apps do I need to look at the AIW files in Rfactor 2 and do the unpacking/packing process.
Last edited by a moderator: Mar 1, 2019

I personally use the Le Mans 2017 v0.83 by Digga and is superb but also uses the "WorstAdjust=(0.9000)" and is available at the same site. I been working over the past few months on improving it's AIW fast lines, blocking lines, and cut track corridors for even a better experience! In the future i plan to release my improved version to a few dedicated drivers who love to race the AI offline.

Note: You can search over at the Studio 397 forums and/or Google search for guides. If you have any problems finding what you need i'll gather some info together for you when i get some spare time.
Last edited: Mar 1, 2019
D

Ace King said:
(snip)
I personally use the Le Mans 2017 v0.83 by Digga and is superb but also uses the "WorstAdjust=(0.9000)" and is available at the same site. I been working over the past few months on improving it's AIW fast lines, blocking lines, and cut track corridors for even a better experience! In the future i plan to release my improved version to a few dedicated drivers who love to race the AI offline.
(snip)
.
Click to expand...

Ace, Please include this OTHER Dave on your list of off-liners when you get the AIW file updated. Many thanks in advance
Reactions: Ace King
D

Thanks Ace King for all your information on what to look for in Rfactor 2. I didnt know about not posting links to tracks here, sorry about that. I am so used to Assetto Corsa where the config files are easily accessible.

Also thanks Gluon for your information. I am still learning the driving characteristics of the AI in Rfactor 2 with the normal game settings. I usually try the default car setup first and then match AI to my laptimes as a starting point. Another topic, but impressed with the night lighting on allot of tracks found so far and seeing how many tracks provide this feature.

Dont want to change much in Rfactor 2, just some little things to make single player offline more fun to practice and race with. I copied down your notes for reference and will look around for the tutorials you mention. I have read through a couple of them so far. take care.

PS: Not sure if Rfactor 2 AI can also be used online, if so, maybe the author set the AI higher to use for online racing along with live drivers. Just guessing.
Last edited: Mar 2, 2019

Nearly every weekend i setup my server for me and a friend to race against the AI with a full grid and is a huge blast of fun! With my optimized AI i need to adjust their strength at 94% which is the sweet spot for most of the track's i worked on and it's still a difficult race to win and we seldom do. I find that my optimized AI are better competitors than the majority of humans i race against.
Last edited: Mar 2, 2019
You must log in or register to reply here.
Share:
Facebook Twitter Reddit Pinterest Tumblr WhatsApp telegram Email Link
28 comments
Fanatec and SRO Pioneer the Marriage of eSports and Real-World Racing
16 comments
ACC Custom Livery Workshop Live Stream With Boonatix
83 comments
DAKAR 21 | First Preview Images Revealed