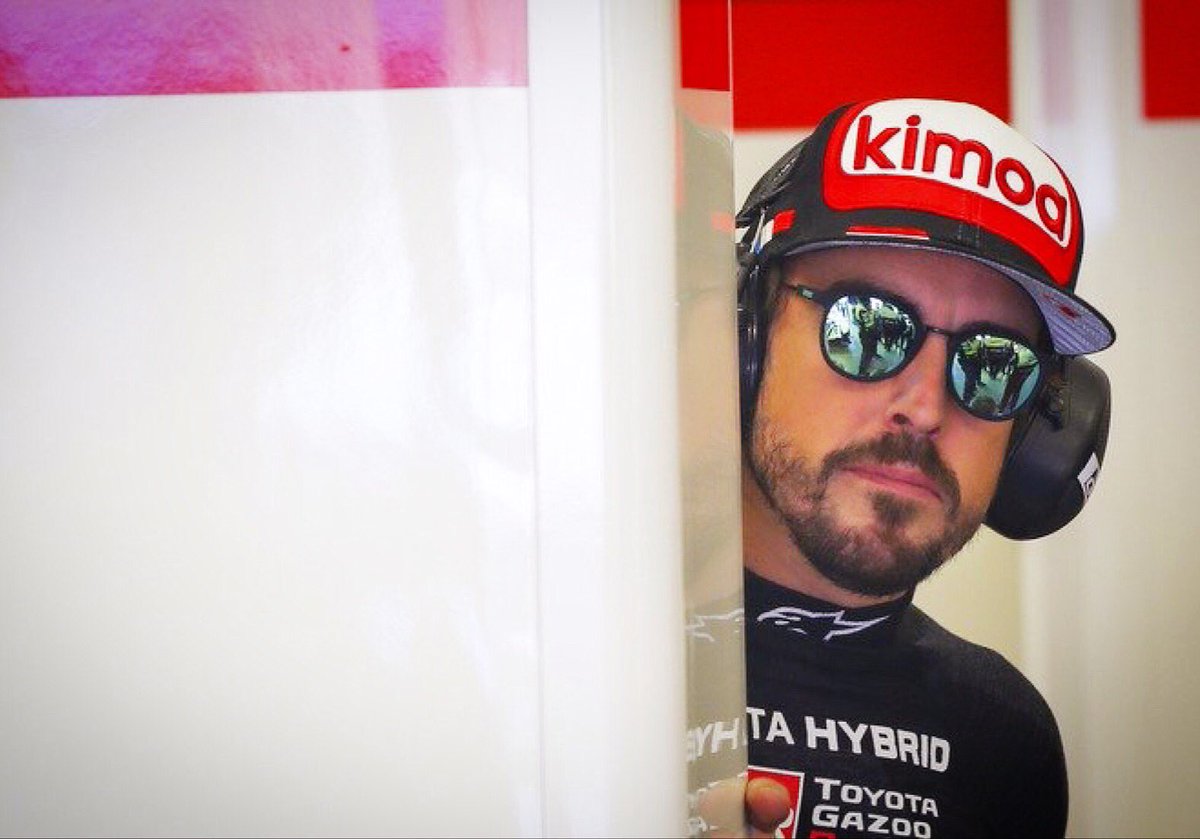 17 Years, 2 championships, 32 wins, 22 pole positions, 97 podiums and a few bad decisions later… we wonder what’s going to happen to one of F1’s elite.

Its no secret Fernando Alonso has been looking around recently regarding his future within Motorsport. Taking part in the 101st running of the Indianapolis 500 and competing in the WEC 2018/19 Super Season (In which he took opening honours winning at the Spa 6h alongside teammates Buemi and Nakajima). With a lacklustre and disappointing 300th race weekend behind him at the Canadian Grand Prix, in which he qualified P14 and DNF’d due to mechanical issues. The Spaniard jets off this week to Le Mans where he will take part in the 86th running of the legendary 24-hour race. 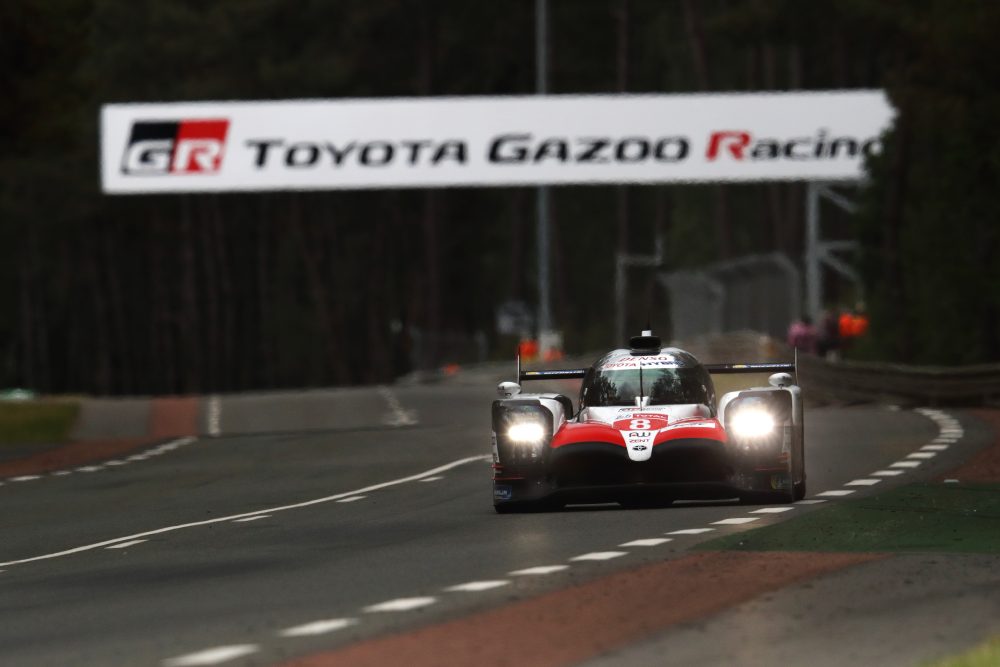 Contesting in all the rounds of the World Endurance Championship (WEC) this year gives Alonso the opportunity to once again become World Champion… Albeit in a different manner. The title whilst a magnificent achievement does not carry the same weight to it as the Formula One World Drivers Championship. But a winning Alonso is a happy Alonso and being robbed of that these past years we have seen the side of Fernando that isn’t shy to berate the car, the company or the team when things have not gone the way they have supposed to. Doubting that Fernando cares where he wins; Winning Le Mans or the World Endurance Title, enjoying racing competing at the front will be a welcome change of scenery to the driver that has spent 3 years outperforming a struggling McLaren-Honda in F1. And now with the Renault engine not giving the team the added oomph to push them up the grid that they expected could we see this as Fernando Alonso’s final year in Formula 1. 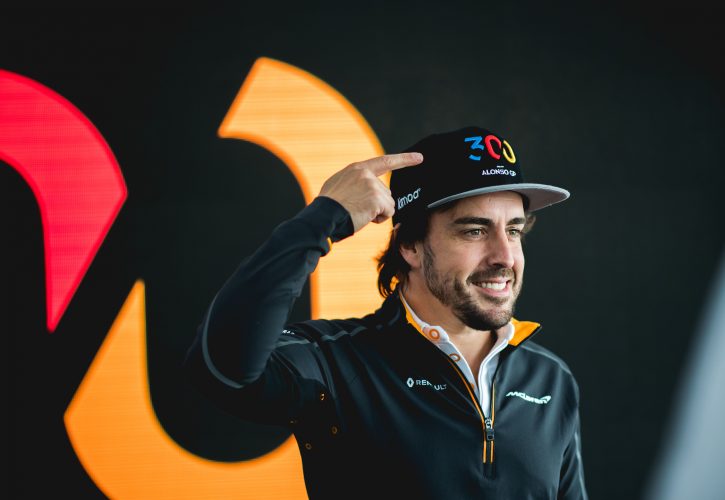 It hasn’t been nice to watch one of the greatest drivers of the past 20 years in a car with so many reliability issues fighting for points down in 10th place. After the closely fought season of 2010 to the one on one battle with Sebastian Vettel for the title in 2012 Alonso hasn’t had much to enjoy. Seeking a change from the dismal start to the 2017 Formula One season Alonso opted to try his hand at IndyCar racing in the biggest race North America has to offer. A joint venture between McLaren and Andretti Autosport saw him qualify in 5th position in his first ever oval race. In a moment of irony, he was let down in the latter parts of the race by a Honda engine which he had skipped an F1 race to escape from. Whilst the month of May ended disappointingly for Alonso, the impact IndyCar had on him has remained. Interacting on social media with the IndyCar series and its drivers, more and more hints have been given in recent weeks to a possible move to the American open wheel championship in 2019. McLaren have announced their intentions to join the IndyCar grid in the near future, bringing in the man who mentored Alonso during his time at the Brickyard Gil De Ferran (Indy 500 winner and 2-time CART Champion) onboard as a consultant and are reportedly in talks with Andretti Autosport and Rahal Letterman Lanigan racing to be partners in the series. 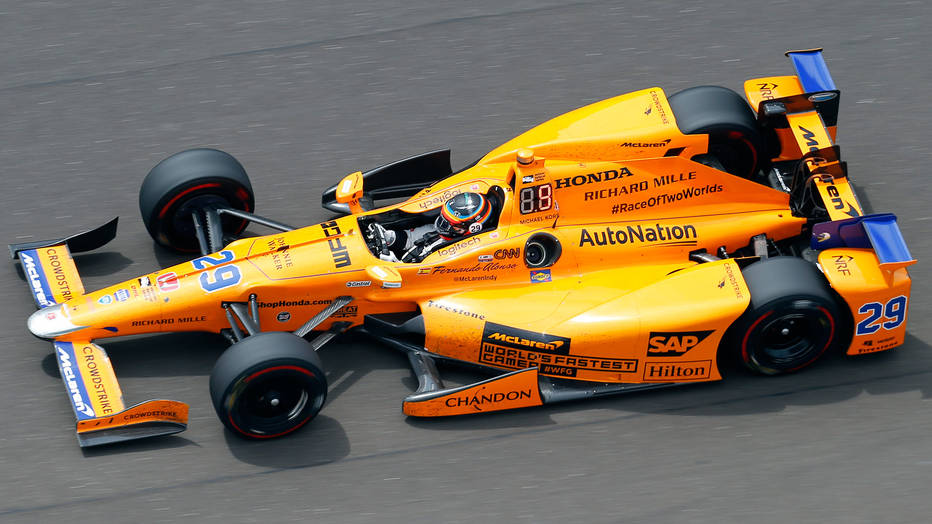 At this point it is all speculation. But as F1 proves to still be a fruitless endeavour in the later stages of Alonso’s career, a move full time to the highly competitive IndyCar series looks more than an appetising prospect. Maybe he decides to focus on endurance racing committing solely to the WEC during the end of the Super Season and the following years to come. Or… he stays in F1 for 2019 and we get to play the guessing game all over again next year…


Where do you think Alonso will be racing next year? Would you like to see him remain in Formula 1? Or perhaps you would like to see him in IndyCar for a full season… Post a comment below and join in the discussion.


Also, don’t forget to keep up to date with the latest Alonso news and Le Mans news that will surely be coming from RaceDepartments Editor-in-Chief Paul Jeffrey as we approach the great race this weekend on the 16/17th of June. You can find these articles on the Home page and in the Motorsport Sub Forum
Last edited: Jun 13, 2018

I can't see him staying in F1, as much as we'd probably all like him to... the things he's saying he just seems so disillusioned with it all, no doubt the lack of results contributed to that massively. If he wants to win something he will need to look elsewhere anyway. I just can't see Mclaren catching the top 3 teams for at least next year if not another year after that.

He's got a good shout at the championship in WEC and would likely have a good shout in Indycar as well (although I know next to nothing about it). Unless there's any clashes, no reason he couldn't do both at the same time I guess!

Wec driver - Toyota or other LMP1 Team and Indy 500

A downward spiral into drink and drugs. Possibly some banger racing.
S

Where ever he goes, it's got to be better than where he is right now in F1, shame to see such true talent as his wasted as it has been in the last 6yrs. No matter what he decides Indy or WEC he will do well, can't help but wish Fernando the best for the future.

Both Mclaren and Alonso want success and its not going to come anytime soon in F1. Indy looks lucrative for sponsors, brings more potential for race wins and Alonso was a huge draw to the media.

Zak may feel its good for the brand as a whole too but will need of course have to convince the shareholders.

Lets see as the year progresses how the rumours unfold.
Although I would love to see a race, be it rain or whatever that gets Alonso up on the podium this year.

I guess he is going to do Formula E, they've got superb racing.

He should move on to Indy or WEC. He's a very talented driver, it's a sin to waste his skills on F1.

Weightlifting ?
Seems like that's the only thing he haven't tried it. Yet. 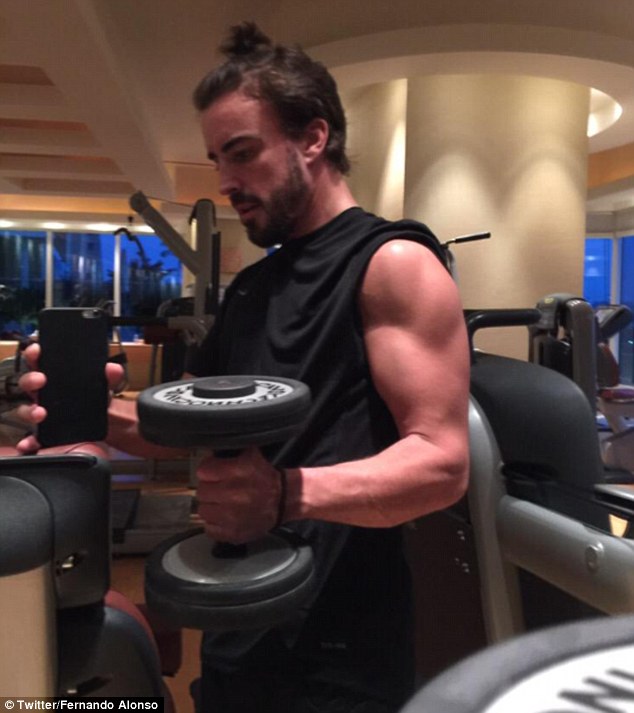 sort of. Ok, so he officially tried it all!

When you have immense talent but stay in F1 because F1 is F1, even if it's a subpar-performing team. Granted, he's like the highest paid driver in Formula 1. F1 is his job, then he gets to go do his thing afterward in LMP1.

Somehow I kinda hope he retires from F1. It would be nice to see Barrichello keep his most GP-record!

If anyone can do it Alonso can

Don't care, lost respect for him when he whined like a little brat when he was at McLaren with Hamilton. Then he chucked the dummy out the pram and dobbed them in. Also the disrespect he showed to Honda, when they were paying his salary.

Durge Driven said:
I think he wants no less then what no driver has ever done
The "real" triple crown.......... F1, Indy and WEC Champion
If anyone can do it Alonso can
Click to expand...

12 drivers have done the Endurance triple crown daytona/sebring/lemans
but no driver has won all 3 in 1 year
Last edited: Jun 14, 2018

Durge Driven said:
I think he wants no less then what no driver has ever done

If anyone can do it Alonso can
Click to expand...

I'd argue that Mario Andretti have done it. He and Jacky Ickx won the most events in 1972 for Ferrari. However, it was not until 1981 it was awarded a driver championship there. Before 81, it was only a "world championship for makes".
Also, WEC have only been since 2012.
You must log in or register to reply here.