This is a mod that unlocks the doors to the apartment that Jokke moves into. This is not a reupload of Kunedo's enable apartment mod and this is a completely separate, made from scratch mod (sorry patent trolls; you can't get me this time - lol).

As of right now, it only opens the doors and that's it, but it will be updated.

Read more about this resource...
D

What is the diffrence between these two mods?
I

Kubix said:
What is the diffrence between these two mods?
Click to expand...

This one is far more minimalistic.
I

Read the rest of this update entry...
I

Fixed null reference error on the save point.
Click to expand... 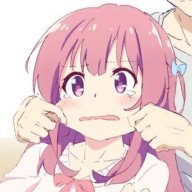 hi the furniture kinda got thanos snaped.. i don't see them at the apartment.. I saved n' stuff before that happened.. kk
I

This Fred Willhaim guy is trolling me with "dislike" just because he hates the fact that I reported Flatout's virus code. He blames me for the new antivirus update to the mod-loader that breaks some mods, even though Flatout is the reason that the antivirus was installed in the first place.
Last edited: Mar 5, 2019
I

Fred Willhaim said:
Flatout just wanted to say that his mods are working as intended, and banning mechanique works still. That means you did completely fail
Click to expand...

Fred Willhaim said:
Now it works even on 0.4.7a, thanks to power of registry files and stuff. Also code of mscloader can be simply changed with dnspy and this method can be always bypassed. Just like you opened his source. You lost edgelord
Click to expand...

Uh, I win. I can remove the virus code with dnSpy. Plus, everyone now knows about the virus. Making your own Mod-Loader doesn't really count because the mod-loader that everyone is using is the official one. Plus, saying "use the modified mod loader so my [whatever flatout calls his virus] will work" just sounds fishy and sketchy as all hell so good luck getting people to download the virus.
I

Fred Willhaim said:
Banning someone doesnt mean its automatically virus. No need to be so edgy that you got banned from the mod
Click to expand...

Eh, no, he made the mod MESS UP THE GAME. Not just "ban". Plus, who is he to decide that everyone except people he doesn't like can use the mod. If it was a private mod, fine, but a public mod, no. I'd never do that to someone. No matter how much you want to troll me with bad reviews on every mod I make, when I put mods up public, they are for EVERYONE, PERIOD, not just everyone except this guy, or except that guy.


Fred Willhaim said:
And next time, dont be surprised how people hate you. Its your fault when youre making nine thread per day and pretend to be hero, while everyone else makes jokes out of you...
Click to expand...

"Pretend" when I stopped virus kid over there, shutdown fake tech support scams, etc. You wanted Flatout to win just because you HATE me, not because you actually condone the virus code in that mod. You will side with scum just to go against me. You don't have to thank me for whatever good I do, but to go AGAINST the good guy, out of sheer hatred of him, or just because the antivirus broke some mods, is ridiculous. The antivirus prevents any mod author from targeting people so in the bigger picture, it works out for good.
D

Worst in this situation is that flatout think he is doing good and he keep going further into this but truth is if he would be good and act like adult (like he think he is doing) he would explain exactly what is his problem and accept the fact that he cant just harass people that he want to. You cant do anything about it sadly, some people dont receive even easiest messages. They just dont accept the fact that they didnt even had chance to win anything because they was doing wrong from beginning.
D

Fred Willhaim said:
Most important thing is that his code works. And dustman works for me
Click to expand...

Good for you
I

Ha. People are giving me bad reviews after attempting to use the mod on an incompatible save. YOU MUST NOT COMPLETE THE MOVING JOB FOR THIS TO WORK. 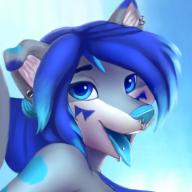 Hai, I absolutely love this mod since the original enable apartment mod no longer works, but I do have a question. Do you possibly have any plans to make the stove and fridge usable?
T

Could you maybe try to make it like the original? i mean with a Bed, with a working fridge and maybe if it is possible some furniture?

The original creator of "Enable Apartment" probably wont have any problem doing so because he hasnt been online or even active since over one entire year.
and it would be really cool if it is possible to do so.
Reactions: Shaina
T

Bitzies said:
hi the furniture kinda got thanos snaped.. i don't see them at the apartment.. I saved n' stuff before that happened.. kk
Click to expand...

same, without furniture it looks really bad and has almost no point...

TastieRacer said:
Could you maybe try to make it like the original? i mean with a Bed, with a working fridge and maybe if it is possible some furniture?

The original creator of "Enable Apartment" probably wont have any problem doing so because he hasnt been online or even active since over one entire year.
and it would be really cool if it is possible to do so.
Click to expand...

Agreed! And maybe make it so that we can have duplicates of the phone, car mag to buy parts, mailbox to pay the bills from the apartment, and even the computer? Also a working fridge and stove, also maybe more lights and light switches.

P.S. We can already get some furniture and the TV from Jokke however.
Reactions: TastieRacer
U

Does this have a pc location?
U