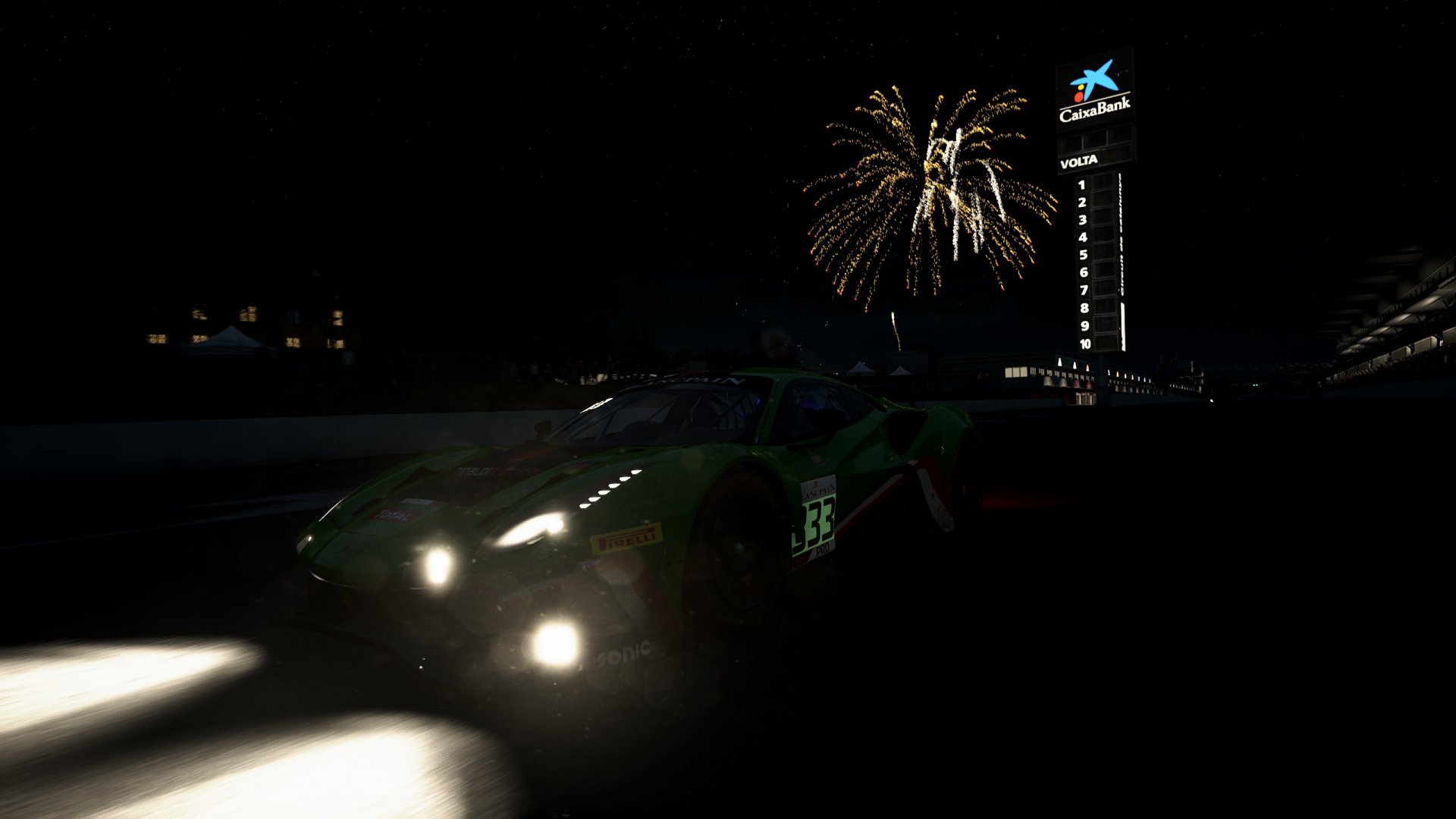 We've entered the last month of the year again. That means we have one more Round-Up to write this year. The December Round-Up will, probably, be written in the new year so bear with me. Good news though, we have broken the October record of 11.112 kilometers and raised the bar to 13.644 kilometers! That with just 6 recorded races is quite a lot!

November started out terribly wet on the Race Club. Where I was aiming at having slight rain, a bug in the server apparently causes more severe rain than intended. The bug is fixed in a beta build, but in the meantime we've just been using different values for the weather, that would create a bit of rain. Or at least the chance of rain, it stayed dry for the rest of the month.

Not only the Race Club has been quite busy, I've been working on a small program that makes my life easier doing this statistics. Today is the first time I've used it and it makes my life quite a bit easier already, however some details are not yet implemented. I am sorry to tell you I can't tell which car is the most popular right now. I can hear your boo's already. 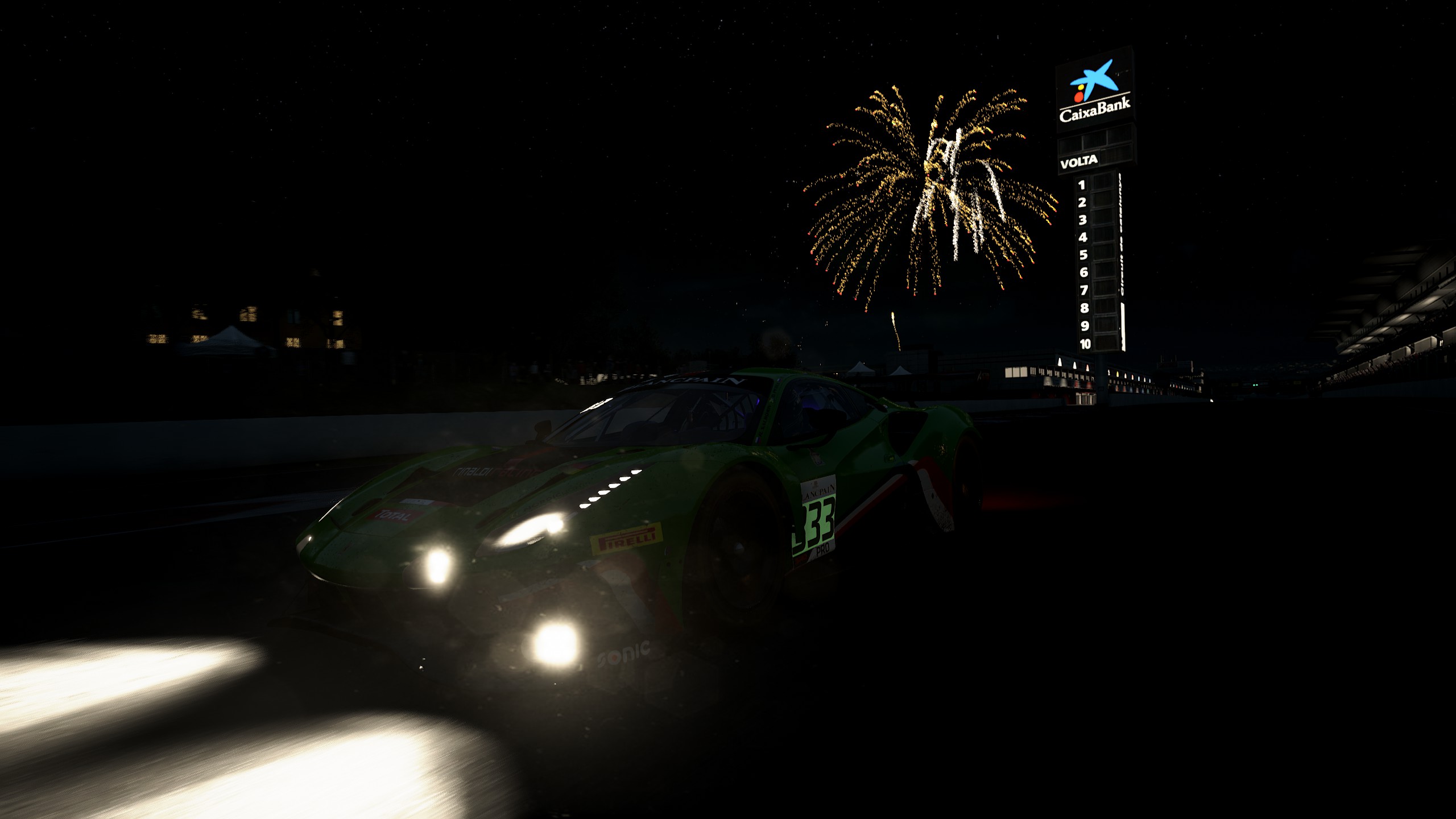 With races during Sunrise, Sundown, Thunderstorms or during the day, we've had some very beautifull sceneries to drive in. @Michael Rudolf scores this months prize for the 'featured screenshot', although he has been the only one to post one in the threads. It did give me the idea to make an extra award for December. Give me your best screenshot from within a race (in the event thread) and who knows, you'll be the next to receive an ACC Race Club Award!

Funfacts
Awards
We know, after last month you guys are waiting for it! AWARDS!

King of the Overtakes - @Tommi Saari (+2 per race)
November was a month in which drivers had major ups and major downs. Some drivers gained 5 places in a race, just to lose 3 on the next one, averaging out quite low. It was also clear that there would be a new winner of this award. Winner @Paul Glover of last month did not take part in races during November. Tommi Saari was most consistent this month and managed to gain 2 places on average per race. Runner-up is @Ricoow with 1.25 overtakes.

Most Active Member - @Michael Rudolf - 6 / 6 Races
Michael Rudolf, if you've read the thread, you've read his name quite a few times already. Not quite surprising if you realize that he was active during every event this month.

Fastest Driver - @Michael Rudolf - Four podiums, two wins and three poles.
Winner of October @Celtic Pharaoh couldn't come close to Michael Rudolf this month. While being on pole both races, the Celtic Pharaoh couldn't take a single podium. After a DNF in soaking Wet Silverstone and becoming the victim of a first lap incident, he could not match Michael Rudolf. Taking Pole at Zandvoort, Misano & Barcelona, winning in Silverstone & Misano and being runner-up in Zandvoort and Barcelona Michael definetely deserves the Fastest Driver of November title. And with three awards and three winners the question is: Who is next?

That rounds up the most recent month of the ACC Racing Club. Do you want to become part of these statistics, fight for the Fastest Driver award or do you just want to enjoy great casual racing? Then go ahead and take a look at our Racing Club right here. Into other racing sims than ACC? Take a look at their respective forums and sign up there!

Shame, these races start abit to late for me. It sounds great

Premium
Thanks for doing those Round-Ups @Ricoow! It's been a good month for me obviously
Hope we can convince more people to join, bigger grids would be awesome!
So...join us eveyone, it's fun and great racing to be had!

Yeah it is. For most of us, it's as close we'll ever get to the real thing anyway, at a fraction of the budget required.

Premium
No match? Really @Ricoow ? I would rethink wording in future if you want to help this club grow.

Celtic Pharaoh said:
No match? Really @Ricoow ? I would rethink wording in future if you want to help this club grow.
Click to expand...

My apologies as re-reading it, it sounds a lot worse than ever intended. It sounded better when writing it. I meant no harm and rephrased it a bit as you are absolutely right. Again, I'm sorry.
T