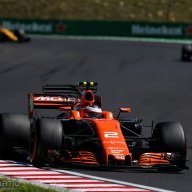 Has there been any information from interviews about the direction of ACC regarding multiplayer?
I'm hope that it's not just going to be a server browser list rather than time structured races like GT Sport/iRacing or even SRS on original AC.
They talk about the rating system and match making, but if its a server browser then the rating system will be wasted IMO, it will end up just being a filter like PC2 and we all know how well that turned out.
Really loving ACC at the moment, really want it do to well and hopefully compete with iRacing in terms of online.
X

likewise. If it's just server browser then all this player profile is just a fancy way to filter those server lists...which is crap. It's always easier to find GOOD racing if it's scheduled.

I don't have any additional information but have some trust. They're doing a full rewrite of the code to make it ready for implementing features and ideas they came up during the process of development.
I highly doubt they would do such intensive work to just have a server browser
H

I'm hoping for something more structured too, though I wouldn't be surprised if it launches with something more basic to start with and then develops something official later on.

For example, if I were putting my business hat on, I can imagine an iRacing subs-based model (something not too expensive) to fund dedicated servers and create that more official experience, while still supporting hosted servers with the base game. Personally, I'd happily pay a reasonable amount (e.g. much less than iRacing) if Kuonos did something like this.
You must log in or register to reply here.
Share:
Facebook Twitter Reddit Pinterest Tumblr WhatsApp telegram Email Link
14 comments
ACC Custom Livery Workshop Live Stream With Boonatix
66 comments
DAKAR 21 | First Preview Images Revealed
123 comments
rFactor 2 | New Build Update Released