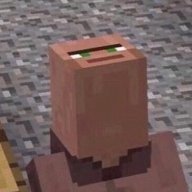 Until recently, I played AC in VR all the time, but now, whenever I try to load acs.exe, the game successfully loads into VR mode, and the I move my Rift around it tracks it like normal, but it isn't outputting to the Oculus' displays. It occasionally works when I mess with the exe file names, and restart Oculus a bunch of times, but it is consistently doing the same thing. My only other option, really, is to reinstall Oculus, but that would be a huge pain in the ass.
Anyone had this issue before and have any suggestions as to how I could fix it other than reinstalling Oculus (or AC). Thanks. 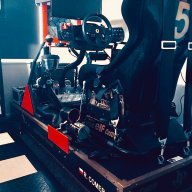 Move your CM.exe out of the Asetto Corsa folder. Try that

I renamed ContentManager.exe to AssettoCorsa.exe and it actually worked for a short while, but while I was playing with a friend, I left the server to change car and it hasn't worked since. I'm about to go to sleep so I'll try moving the exe tomorrow. Thanks for the suggestion, I'll keep you updated

katikomer said:
Move your CM.exe out of the Asetto Corsa folder. Try that
Click to expand...

After restarting my PC, it seems to work fine again now, but I know this is temporary. It will work for the next few hours, or couple of days, then will stop detecting again. It consistently does this. But at least I know that renaming CM to AC.exe and then restarting should fix it temporarily. The next time is malfunctions, I will try your suggestion immediately.
A

i had the same problem with you. what worked with me was that i put content manager to oculus library. i didnt start it from there. i just put it there and it works. that was before i use oldhome. now i dont need oculus home at all
Reactions: katikomer

What do you mean you don't use Oculus home? Oculus home is what's causing my issue, and I always see people saying they just don't use it at all, but I have no idea how to do that.
A

https://www.reddit.com/r/oculus/comments/9odbvz/fixed_old_oculus_home_runtime_w_instructions/
i use this +
https://gitlab.com/TheIronWolfModding/OpenOVR
to not have steamvr and i get the best performance i could ever have. 90 fps

arcadios said:
https://www.reddit.com/r/oculus/comments/9odbvz/fixed_old_oculus_home_runtime_w_instructions/
i use this +
https://gitlab.com/TheIronWolfModding/OpenOVR
to not have steamvr and i get the best performance i could ever have. 90 fps
Click to expand... 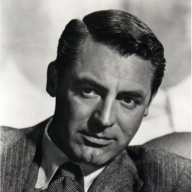 I had this symptom with my original Rift. If what you tried above hasn't worked, try unplugging the USB at the headset end (you need to pull the faceplate off first) and plugging it back in. This worked for a while with me but ultimately an issue was found with the headset USB connection which ended up being an RMA.
M

Hi i have exact same trouble, did you solved it?
Thanks!
You must log in or register to reply here.
Share:
Facebook Twitter Reddit Pinterest Tumblr WhatsApp telegram Email Link
57 comments
DAKAR 21 | First Preview Images Revealed
94 comments
rFactor 2 | New Build Update Released
26 comments
One To Watch | Fun Things To Do In Sim Racing by Mike at Simracing604