Sharing set up files is nice. Its fantastic in fact. You can check out a whole slew of someone's changes with one button press. However its also annoying as hell to decipher if you want to figure out the logic of something that somebody has done.

How can I tell the difference between somebody who changes his set up intelligently, progressively, and in response to previous changes and somebody who just clicks randomly?

I know many just want to find a better set up, drop it in, and be done with it. That'll always be there for you, but for the rest of you who know wtf you're talking about please... I'm begging you, describe your changes.

Its kind of the old give a man a fish, teach a man to fish thing. If you just drop the file here nobody learns anything except through laborious examination of changes, then driving, and not being able to be sure how every change adds up is so time consuming its hard to learn quickly and we're not benefiting from one another's education, not in the sense of learning anything, all we get instead is a file. 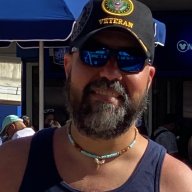 As sim racers I think what you will find is that there is no one real definitive genius out there when it comes to virtual setups and perhaps this is why the explanation of changes is lacking. Let's take an Alien driver from among us as an example. I've asked for their setups and have received them, only to find out I can't drive the car worth a damn with their setup, yet they're as fast as all heck with that setup. When I've asked why the changes in setup, I typically receive the same response; "it just feels good". No rhyme or reasons given.

I have since studied the art of chassis setup (through books, videos and tutorials) to gain the best mechanical grip from a car in the sims that we use. Based on these experiences, I've concluded one thing, most sims react the same to setup changes. Again, this is my own personal experience.

But to address your request for explanations as to why certain changes are made? I believe that the most popular response if most are honest will be that they don't know.

first i would invite you to download and print that setup guide, i've been using it for 8 years now and i learned alot with it and it will help you understand more easely why they have made the changes they have made. as for the what your asking well if the person that have shared a setup actually knows what they are doing it would be a very long post to explain the changes made as its all depend on the driving style of the person, his driving skills and his setup preferences. as an example i have an agressive driving style meaning i'm agressive with my steering and pedal input, i somehow lack control skills so my setup tend to be on the understreering side while the majority of drivers prefer a more oversteering setup so all my setups are made in that optic.

you have to understand that a setup is very personnal to the person according to what i mentionned so for me its always better to learn to make your own setup then using one from someone else and the best way to do that for me is to race online here at RD and talk with the fast guy and you can even ask to one of them if they can coach you i know i did it a few times.

I honestly don't understand why its gotta be as complicated as you say.

An example of what I want is this: http://www.racedepartment.com/threads/default-v8-setup.104440/

I'm not asking someone to explain the black art of heave suspension every time they post, its just bloody annoying downloading a set up and having no idea how it varies from the default without having to stare at it for 10 minutes and bounce between it and the default. That alone wastes much of my time trying to understand even what the changes are nevermind how they affect the car.

Further, yes I've read the set up guide but every car is different and every default set up is different. How they respond to certain changes is specific whereas the rules of thumb for making general changes are just that - general. So by having people explain their changes better its easier to try and piece together the tendencies of a car and how it responds to changes without having to spend hours doing it.

I don't want essays, at the very least I just want a catalog of the changes made. This not only helps to understand how a car responds to changes it means I can actually reject people's set ups that I know from my own experience aren't my style or don't do what I want it to.

I'm not some confused noob, I'm just a guy that wants people to document their set ups marginally better and the better they understand them the more info they can share but regardless of why they do it everyone should at least be able to list the changes made.

Hosnestly i could never do that cause i never drive on a default setup i either make changes even before driving the cars or i use one of my setup that i've made on another track and make the small changes that needs to be done to better suit the current track.

Maybe its me and the fact that i have too much experiences and knowledge (about 20 years of sim racing) cause for me all the RWD cars follows the same principal when it comes to how i setup those kind of cars and same things for the FWD cars. Like i said for me the best way to learn is by making your own setup and experimenting
P

Don't take this the wrong way but that's like saying the purpose of sharing set up changes is irrelevant and that its just gonna take years of experimentation before you can learn anything and don't bother learning from people who already know because they have no methodology that they can explain to you.

The best way to learn in my opinion is not to grope around in the dark but to rely on the knowledge that others have gathered. That's how much of all learning is done and I just want those who share that view to do the same.

However I feel that the dumping of set ups without any explanation other than "it made me faster" not even to describe the style of driving the poster prefers is in my opinion promoting a mindless relationship with set ups. People then view set ups like arbitrary figures plugged into the car rather than something that is logical. Worse they view the set up not as the changes but the file they load into the game.

I think there's definitely a way to link the personal experience you talk about with the way people share set ups here and like I said I linked someone who did just that. The guy described how the default set up was unsatisfactory and the changes he made to fix that and how that did that.
You must log in or register to reply here.
Share:
Facebook Twitter Reddit Pinterest Tumblr WhatsApp telegram Email Link
54 comments
2020 24 Hours of Le Mans / 24 Heures du Mans (Live Stream)
6 comments
MXGP 2020 | New Milestone Bike Racer Announced
11 comments
WEC/IMSA: Technical Regulations Confirmed for LMDh Category
12 comments
WEC: Peugeot tease 2022 Le Mans Hypercar project