Hi, trying to build a load cell brake pedal using a Leo Bodnar BU-0836LC board and a 45kg load cell.
https://uk.rs-online.com/mobile/p/load-cells/8937398/
When it's connected up, it's too easy to reach 100% with a firm press from a finger.
I presumed a 45kg load cell would take much more effort than this!
Have I purchased the wrong type of load cell, or wired incorrectly perhaps?
No knowledge about electronics here, can anyone help please? 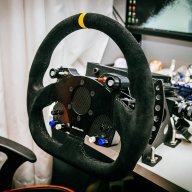 Don't you have to calibrate it? With my load cell pedals reaching 100% can mean a light touch or stamp on it as hard as I can, just depends on what you set the sensitivity too. I think diview or dxtweak should let you calibrate it correctly. 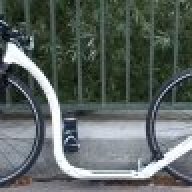 Don't forget that the loadcell has a measurement range of 4.5 → 45.4kg. So it is as Daniel said, you have to calibrate it.
W

Thanks for your replies. I tried to re-calibrate the cell in game controllers using 20kg of pressure measured on a set of scales, but after calibration it only takes 4.5kg of pressure to max out. Tried all the settings in diview but non seem to increase the range.
Using the BU0836 config tool, i have set input 8 slider to zoom which stops fluctuations at no load , but setting this to normal also has no effect on calibrating with a higher load.
Seems like 4.5kg is max?
N

Do you have a multimeter? If so, I'd suggest measuring the voltage between the yellow and white wires while you're doing this. (A cheap digital multimeter will set you back a lot less than a tenner.)

I don't own a load cell but I'm familiar with electronics. I must say that the data sheet for that load cell, combined with the product info on the RS page, is extremely confusing (pretty badly written in my view). I'm still very unsure as to what is meant by the 4.5 -> 45 kg stuff, but it might mean that it's not intended to be accurate at less than 4.5 kg. (Edit: I've just reminded myself that the only place a lower limit to the "range" seems to be mentioned is on the RS page.)

Awesome. That sounds perfect to me.
The data sheet says typical output is 20 mV/V with a (massive!!) worst-case offset of +/- 15 mV/V. You've been lucky enough to have nearly a zero offset which is nice.
With the Bodnar box giving (it says) a 5 V excitation, you should have 100 mV at full-scale load (i.e. 45 kg) and so 50 mV at 20 kg is about bang on.
The problem therefore is either inside the Bodnar box (assuming you wired it right, which sounds likely...?) or a software thing.
The Bodnar box says it's compatible with "most" load cells, but I can't find an actual statement on the voltage range it accepts. It's hard to believe it can't cope with a 50 mV range tho.
Maybe swap the yellow and white wires?

Edit: maybe also tell us what you're seeing as raw values from whatever tool you're using to monitor it?
W

Aha! OK, if that's the same spec as on the box you've got, which seems likely (Bodnar can no doubt confirm this for you very rapidly) then you're simply saturating the input stage. 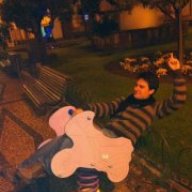 how many wires your load cell have?
For example: i have a DIY hand brake connected to a bodnar board using the load cell from the fanatec CSP V1. But the load cells only have 3 wires. and to connect to the LB board i need to convert to a 4 wire. I forgot the name of this stuff... im no electronic expert...
You can find some information regarding this, on the internet, although is not so straightforward.

@Neilski, when no wires connected to board , red and black read 2.94k ohms, I think!! no change under load. Sorry I'm pretty clueless with electronics.
When all 4 connected to board , resistance across yellow and white is:
2k ohms@ zero load
1.7k ohms@ 4 kg
1.58k ohms@ 20kg
all approx as trying to load the cell on bathroom scales by hand and hold the two meter prongs, while trying to read load on scales and meter simultaneously , while board plugged into pc with short usb cable
N

Willy Brown said:
when no wires connected to board , red and black read 2.94k ohms
Click to expand...

Cool. That matches what the data sheet implies, so all good.
So in that case I reckon all you need to do is stuff an extra resistor of anywhere between 12k and 27k into either the red or black feeds to the cell. 12k will do if you only want the top end to go up to about 25 kg. If you want to max out the load cell (~ 45 kg) you'll want to go more like 27k...
Reactions: RasmusP
W

Thank you for your guidance, much appreciated, think I might have given up by now.
Found a unused breadboard kit with 560/1k/5.1/10k resistors in the teenagers bedroom! I soldered 2 of the 10k resistors in series onto the red wire to test, then connected up , can now hit about 30kg for 100% but min load is now 15kg.
N

Huh? Well that's just beyond weird. What do you get if you measure the voltages on the white/yellow wires now?
(If I understand you correctly, you're saying it doesn't move off "no brake" until you apply 15 kg of load, yes?)
W

Reply from Simon at Leo Bodnar:

Our load cell input is rated at 2mV/V.

You can however change the resistor for gain on the board, you would need to remove the surface mount resistor marked in red and add a through hole resistor into the two holes in green.

The pic above is from a later rev board.

Below is rev d board that I have

Its the one highlighted here. You may want to put a 10k pot in to tune your gain. But we think it should be around 4.3k.

Freaky.
That would suggest there's an offset on the input side of the Bodnar unit. But then in the original configuration, that would also suggest that you'd have seen nothing happen until the load reached ballpark 2 kg - was that the case? If not, I'm baffled and I'd recommend describing the mod you have made to the Bodnar support people and see what they say.

Also, just to be paranoid, when you say "nothing registers", are you looking at the raw data?

As for modding the board, it's nice that they've explained how you can do it. Putting surface-mount stuff onto a board is a very tricky job. However, just getting it off a board isn't so bad...

All else being equal, their mod ought to be better than the nasty hack I've suggested, if a little more difficult to implement
W

Hi, yes, needs about 1.5/2 kg to trigger movement in diview in original config. Sorry maybe should have mentioned that!
Right clicked in diview to show raw values.
Have ordered some soldering kit,10k pot and resistors,will have a go and report back if I don't fry the board .
Thanks again for your time mate, you've sparked an interest in electronics for me
N

Willy Brown said:
Hi, yes, needs about 1.5/2 kg to trigger movement in diview in original config. Sorry maybe should have mentioned that!
Click to expand...

No worries! So, given the voltages you measured wrt those force levels, I'm thinking that your Bodnar box has an offset which is preventing it from working properly. Best to present them with the data and ask how to approach it I guess.

Willy Brown said:
Thanks again for your time mate, you've sparked an interest in electronics for me
Click to expand...

You're very welcome - not sure how much I really helped but electronics can be lots of fun
You must log in or register to reply here.
Share:
Facebook Twitter Reddit Pinterest Tumblr WhatsApp telegram Email Link
126 comments
Illegal mods, steer clear of them. Simracing604, we stand with you too.
38 comments
Williams Launch 2021 Challenger
33 comments
Haas announce new title sponsor at 2021 livery launch