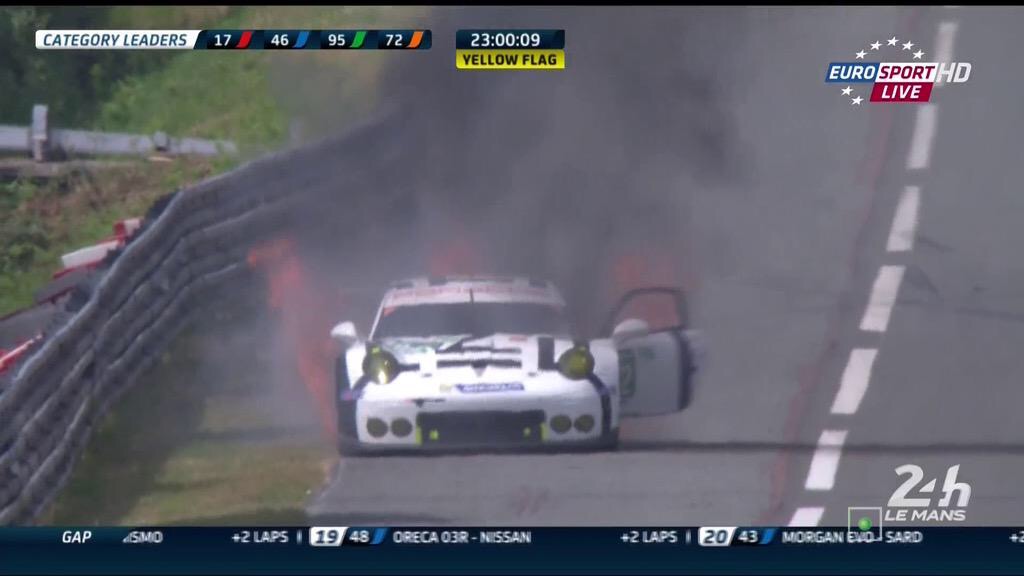 The 24 hours of Le Mans is underway and two hours in so far. RaceDepartment is providing extensive coverage of the race this year with regular updates, including hourly updates covering highlights of the previous hour!

The 2015 and 92nd running of the greatest race on earth started relatively smoothly with no first lap accidents or early wheel to wheel racing as all the teams were focusing on the long term goal around the Circuit de la Sarthe.

Porsche currently leads with the #17 Car 1.115 seconds ahead of the #18 car. Audi are running from third to fifth with the #8, #7 and #9 cars respectively. Formula One regular, Nico Hulkenberg, runs sixth in the #19 Porsche. The German team are running the third car on a conservative strategy to save on fuel and tyres so you can expect this car to come into play for Porsche in the early hours of tomorrow morning when other LMP1H cars become dogged with reliability problems. Toyota #1 is running seventh with 2014 reigning WEC champion Sebastien Buemi, followed by the #2 Toyota driven by the GPDA chairman, Alexander Wurz.

Nissan have already conceded the thought of winning here at LeMans, with the GTR-LM car entered as a hybrid, meaning it is carrying extra weight. Unfortunately for the Japanese Marque they have chosen not to run their Mechanical hybrid system this year for reliability and development reasons. This means as a factory team they are considerably off the pace and instead locked in a battle with LMP2 cars. Car #22 is the only Nissan to be trouble free far running 18th and two laps down. Car #21 was running a decent pace until 46 minutes in they had a door failure with the left hand door open on the Mulsanne straight, meaning the retro liveried front wheel drive car had to cruise back to the pits slowly in order to prevent the door being ripped off due to the inherent drag caused by high speeds.

All of the leaders have pitted so far with everyone still on the same set of tyres they started on. Interestingly Porsche were the last of the leaders to pit as well as having less fuel on board the 919's, yet they were still able to run faster than both of the Audi's and Toyota's. Provided they keep themselves clear of danger and have minimal reliability issues, Porsche could be set for another Le Mans Victory.

As the Rolex clock was about to mark one hour of racing in Le Mans the #92 Porsche GT car had an engine blowout, resulting in the #13 Rebellion colliding with the factory Porsche which unfortunately ended up beached in one of the chicanes on the Mulsanne straight. Immediately after the LMP1 Rebellion made contact with the Porsche, the rear of the GT car seemed to ignite with a large fire starting which brought out the safety car. 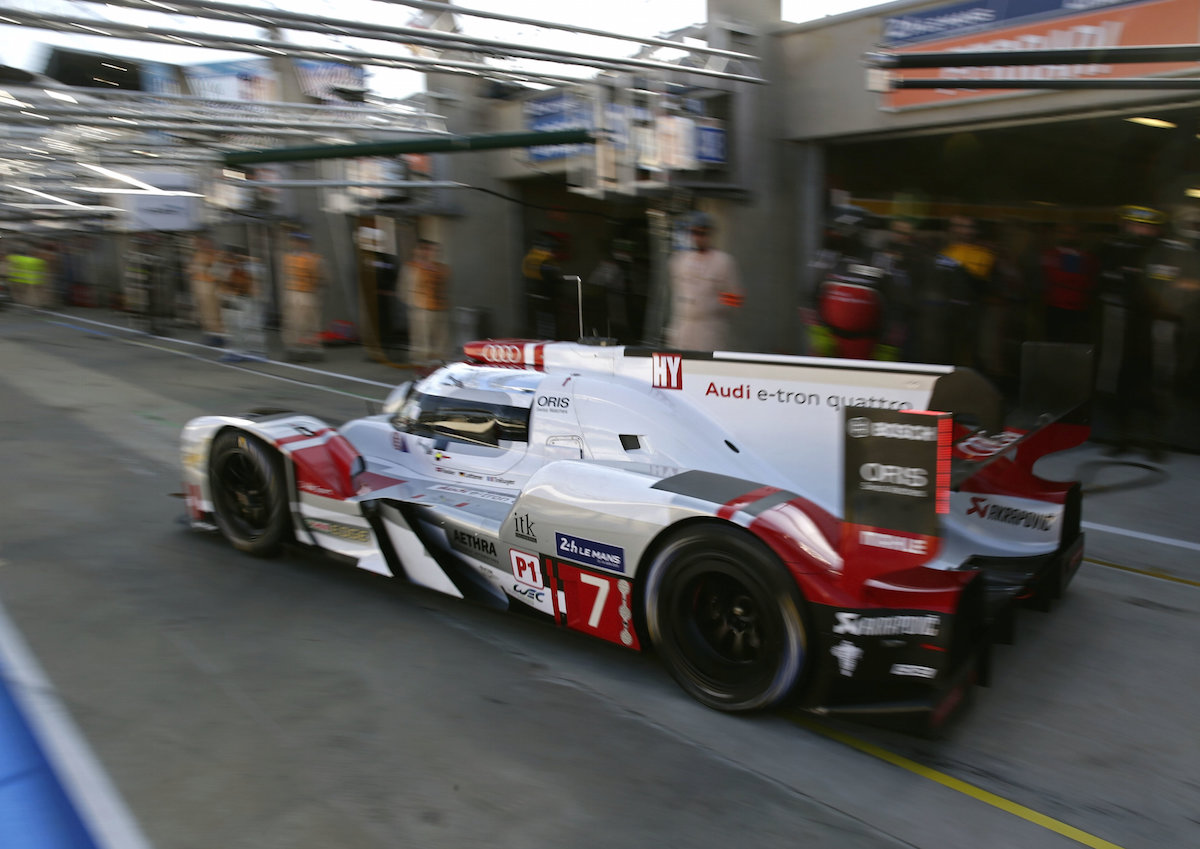 Hour two started off under the safety car due to a Porsche GT car catching fire after the first chicane on the Mulsanne straight. The safety remained on circuit for 24 minutes of the second hour, of which 15 minutes in, whilst still under safety car conditions Alexander Wurz in #2 Toyota spun on the the freshly deposited oil by the detonating GT Porsche.

Ten minutes after the green flag was waved and the heroes of endurance were free to race again, Andre Lotterer in the #7 Audi managed to thread the needle through the lapped traffic of GT and LMP2 cars more effectively than the leading two Porsche's and took the lead from the rival German team. Whilst battling for the lead both Audi and Porsche began to set fastest laps, until Lotterer pitted at 1 hour and 38 minutes giving back the lead to Porsche. Porsche later pitted #17 and #18 to open up the leading honours for Andre Lotterer in #7 Audi.

After two hours of racing, all LMP1HY teams are still running on the same set of tyres, after two stops, effectively all triple stinting their tyres due to the tyre restrictions of just 12 sets per car.
Reactions: airutonpurosuto8912, Queequeg, Yannick Van Broeck and 2 others
A