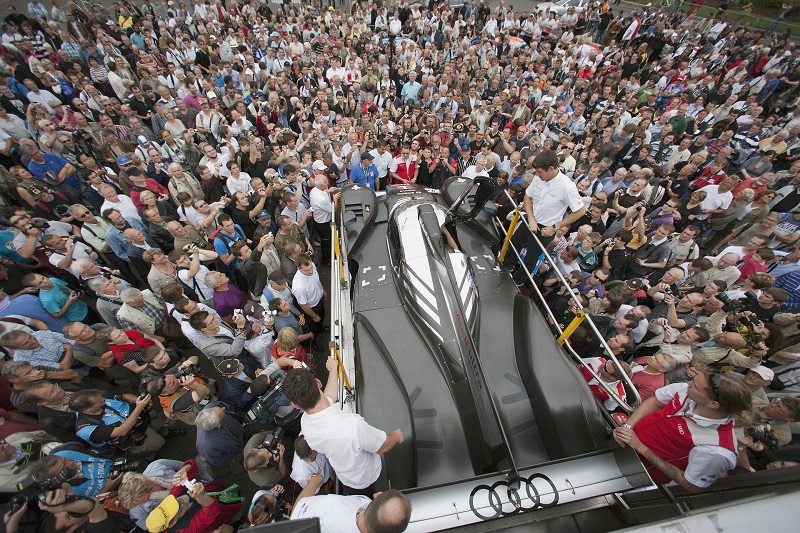 There's still time to kill before the start of the 2014 24 Hours of Le Mans. Whilst you're waiting for engines to roar in France, check out Audi's awesome documentary about their 2011 effort: "TRUTH IN 24 II - Every Second Counts".

The Le Mans 24 Hours are a legend. They are mentioned in the same breath as the Rallye Monte Carlo, the Monaco Grand Prix and the Indianapolis 500. Since 1923, hundreds of thousands of motorsport enthusiasts have been flocking to La Sarthe year by year to experience the one-day race. To watch the protagonists in their sports cars battle for each place and each meter of tarmac with bated breath. The drivers cover 4,800 kilometers in 24 hours – almost as many as the Formula One racers in a whole year. Every Le Mans winner has gone down in history. The three Audi drivers André Lotterer, Benoît Tréluyer and Marcel Fässler did so in a special way with the triumph they achieved in 2011.

The film “Truth in 24 II” documents the tenth and arguably most emotional triumph of the brand with the four rings at this sports car classic. After two Audi R18 TDI cars have retired following spectacular accidents, the remaining Audi fights a dramatic battle for overall victory with the three Peugeot 908 cars – which the Audi trio ultimately decides in its favor with a narrow margin of 13 seconds. The film captures the entire drama of the fourth-narrowest running of the Le Mans 24 Hours – with intimate insights into the team of Audi Sport and breath-taking pictures.

The documentary is available to watch on YouTube for free below, or you can download the film via amazon and iTunes for free.

Once you've watched TRUTH IN 24 II, check out the first film (which we couldn't find a high quality stream for) and "Le Mans" - an awesome film featuring Steve McQueen.


Watch the 2014 24 Hours of Le Mans livestream on RaceDepartment