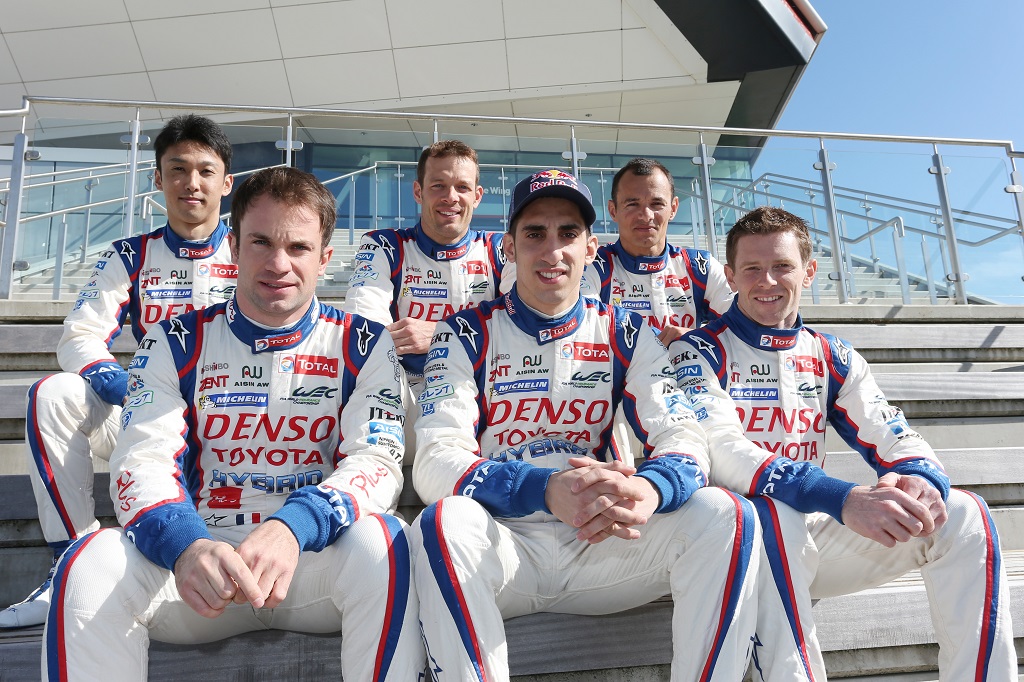 Interestingly though, we are seeing an increasing number of names known to many F1 fans on the entry list of the 24 Hours of Le Mans who make the move to race in the iconic endurance event, this year of course sees the return of Mark Webber but what about the other men have swapped the laps for the hours in the elite LMP1 class.

We start with two men who finished runners-up last year, Anthony Davidson and Sebastian Buemi both drive for the Toyota team.

Davidson was in F1 as a test driver for Honda between 2004 and 2006 before moving on to the Super Aguri team in 2007, it folded early the following year and since then the Brit has gone on to have development roles at Brawn GP and now Mercedes GP, he combines this with an analyst role on Sky F1.

Buemi joined the Toro Rosso team in 2009 and drove for them until the end of the 2011 campaign when he was dismissed, following that the Swiss driver has took up a role as test driver for Red Bull as well as cementing a place in endurance racing

Another name that springs to mind when we look at the LMP1 entries is Brazilian driver Lucas Di Grassi.

He had a short career in F1, having signed up to race for Virgin in their debut season in 2010 but he made no real impression on the sport and we didn't see him return after, however he showed his talent last year he helped Audi to a 3rd place finish at the Le Mans event.

Next up is another duo who will be driving Toyota cars at the weekend and it isn't the first time their careers have crossed paths.

Two time Le Mans winner Alexander Wurz took part in 69 F1 races, picking up three podiums in the process, however his career in the sport as race driver was ended when Williams replaced him at the 2007 Brazil GP with Kazuki Nakajima.

The Japanese driver would spend two years in the sport before being ousted at the end of the 2009 season, since then he moved back to Japanese series Formula Nippon before getting involved in the endurance racing where he would join up with Toyota alongside Wurz.

How will the former F1 stars get on at the prestigious 24 hour spectacle, will Mark Webber be able to better the results of some of the men he shared the track with during his F1 career?

Will it be the time for Davidson and Buemi to go one better than last year and become Le Mans winners in 2014?

It may well be Alex Wurz sealing a hattrick of triumphs at the Circuit de la Sarthe alongside what is compared to the Austrian, a relatively inexperienced man in Kazuki Nakajima.

Or could Lucas Di Grassi put his name in the winners circle for the first time since he won the GP2 sprint race in Istanbul back in 2009?

Whatever happens, it is sure to be a spectacular Le Mans as always so don't miss out this weekend.

To receive instant updates about the 24 Hours of Le Mans make sure to follow us via your favorite Social Media channel: Facebook, Twitter and / or Google+.
D

Toyota should win. Kazuki Nakajima had also never won Le Mans before, so it's his challenge to take his first win in Le Mans and a Japanese driver's first win since Seiji Ara in 2004.

Sarrazin has done one GP too, which makes the #7 the only car with 3 F1 drivers Let's not forget the other categories, with Gene and Chandhok in LMP2, Fisichella, Bruni, Magnussen, Nakano and Lamy in GTEP and GTEA.

I really hope Davidson with Buemi and Lapierre can win. Anthony is really underrated as driver

Staff
Premium
I wish the busy FIA F1 schedule would allow room for current F1 pilots to race the race of races, like they used to do in the 50s, 60s and 70s.

For sure a team like Ferrari now wants to join the LM24 as well so they can fight with their archenemy Porsche in a LMP1.

Would be awesome to see a car with Alonso, Raikkonen and an additional Ferrari driver on the grid. Same for McLaren, Mercedes and Red Bull.

Free up the month of June Bernie

agreed ,, these are 3 special races
but last sundays win of Ricciardo is also a way any fan would like to see it,

honest emotions for once ,,real happyness

sorry Vettel ,,karma is a bitch but respect you where happy for your teammate.