Welcome to the discussion thread for the 2020 Formula One Turkish Grand Prix.

This weekend Formula One has returned to Turkey for the first time in almost a decade. The Intercity Istanbul Park circuit hosted seven Grand Prix between 2005 and 2011.

One feature of the track that has excited teams and fans alike is the spectacular turn 8, which saw drivers pulling almost 6g before the current higher-downforce cars were even introduced. Another part of the circuit worth noting is the flat section between the exit of turn 9 and entry to turn 12. This run is twice the length of the main pit straight and naturally offers good overtaking opportunities. It was also the scene of a famous clash between Red Bull drivers, Sebastian Vettel and Mark Webber while leading in 2010. 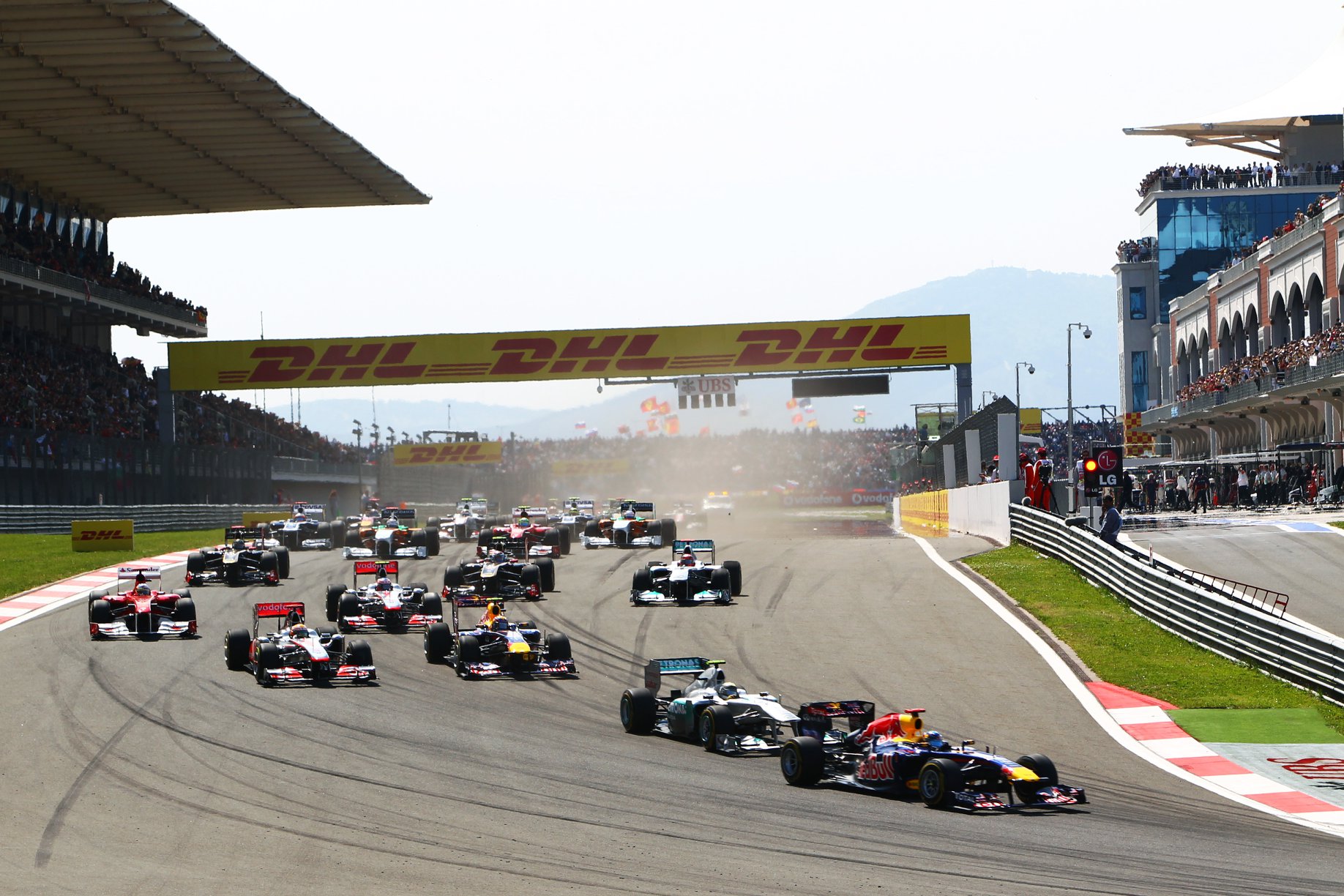 ​
While the weather is expected to stay overcast, we should see a full weekend of dry running. The first hybrid-era race in Turkey will see the teams take on 58 laps of the 5.338km circuit. It's also the fifth and last venue scheduled for this year that did not feature on the original calendar. As we edge closer to the end of the season, it presents Lewis Hamilton's first chance to close out the championship.

So far a very low-grip surface has made it a challenging weekend for the drivers out on track. Equally though it gives teams a harder job to do in working out how best to set their cars up for qualifying and race day. With the cars sliding around and the high speed turn 8 to tackle, tyre wear could prove to be a decisive factor in the pecking order this weekend. 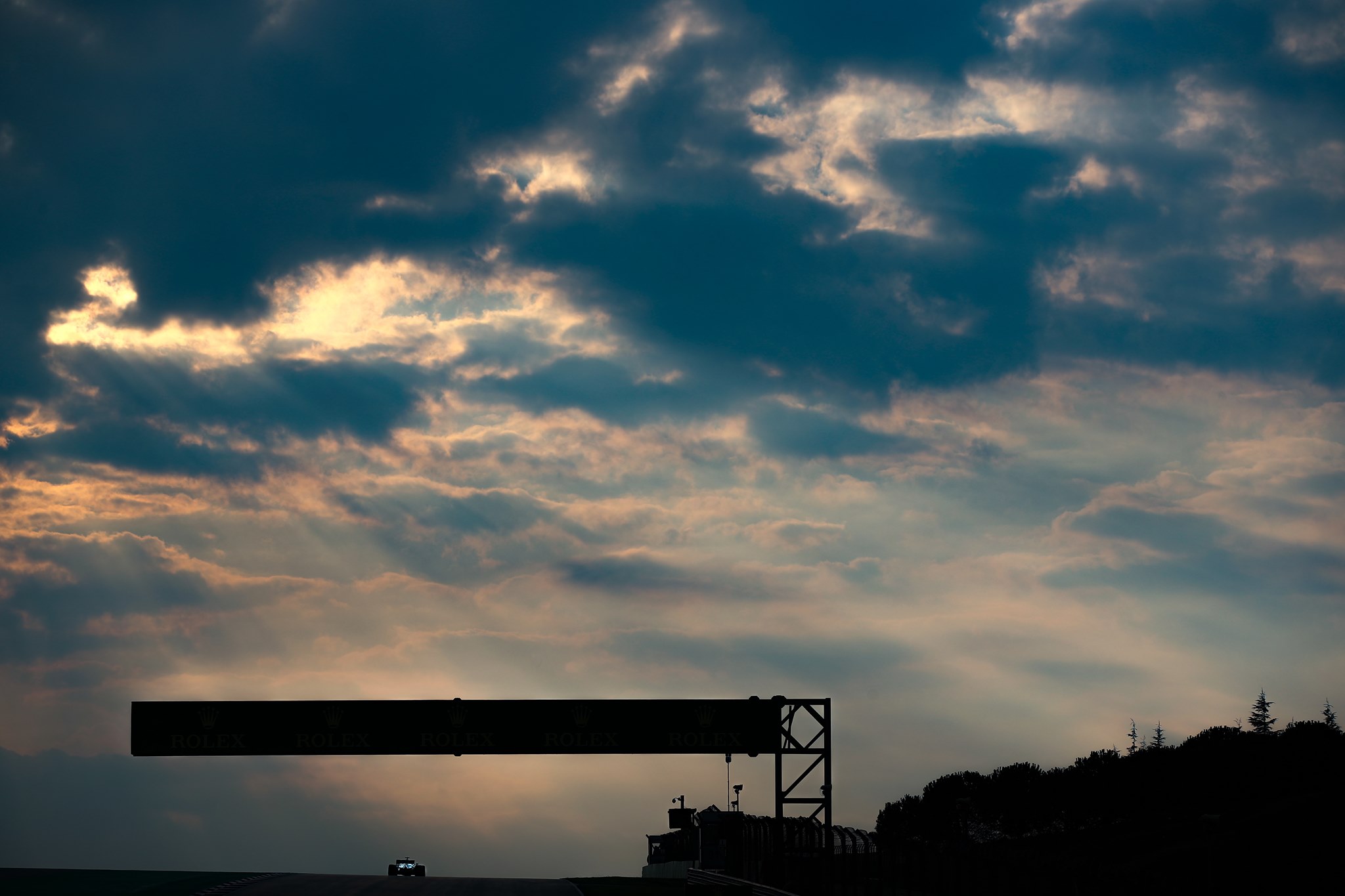 Loving that vote for Albon. Would be a memorable weekend.
I have a good feeling about Charles Leclerc too. While today was a strange one on track, the Ferrari seemed surprisingly good out of the box, and he does take chances when they come.

Loved the grip in FP1/2 and how Hamilton was crying about it.

Max. The RB works well on this track.

Love the low grip surface! Man, to see F1 cars sideways again was a sight to behold. Absolutely magical and for me the idea Karun Chandhok had in commentary about developing some kind of low grip surface covering that could be sprayed onto a track (or easier still, just give 'em super hard no grip tyres) would be amazing.

It has been longer than I can remember since I actually enjoyed the sight of a Formula One car lapping on track. Sideways drifting. Amazing.
Last edited: Nov 13, 2020

Really really good track (except for the chicane of course) ! Love the Turkish GP !

Dont know if someone already asked it but:

where will the DRS zones be located?

So that's the track surface iRacing bases its asphalt on... (just kidding, I like iRacing actually)

I'm not a fan of artificially making tracks more slippery (this is in reference to Karun's commentary and @Paul Jeffrey )...the reason cars had to drift through to corners is because that was the fastest way before aero, and getting around the fastest way possible is what F1 and racing is about. Now that the cars have advanced so much that the cars can handle the grip needed and it's for the driver to have faster reflexes and handle the higher G-forces for longer, we want to devolve road surfaces to be less grippier because drifting looks cool? "What are we doing here, honestly...I'm going home!"

To each their own but for me: Nah no thanks, downforce is awesome LOL. Let's not move backwards for nostalgia sake and safety be damned...but I know that's not always a popular opinion
Last edited: Nov 13, 2020

Max... he is on his best season so far and only has one victory in the bag yet this year... he deserves another victory as the only one giving the superior Mercedes a run for its money this year.

It's "Hammertime" Lewis - Pole, the win and fastest lap!

of course lewis will win, who else is there to win :-/
he has unbeatable combination of skills / car / team / luck !!!
G

Patrik Marek said:
of course lewis will win, who else is there to win :-/
he has unbeatable combination of skills / car / team / luck !!!
Click to expand...

This is my favorite track .......and from what I remember its going to be action .....For those who don't know the track ....well Lewis will show you how its done

Saw Friday Practice this morning. Max fastest and Lewis down in mid pack. This is not uncommon for Friday practice as top drivers save speed for Qualifying. Friday is just a session to collect data and learn track, especially when we have not been their for some time. So time is important but not as important in qualifying. Friday is basically a test session with all the drivers in attendance.

pcraenme said:
Max... he is on his best season so far and only has one victory in the bag yet this year... he deserves another victory as the only one giving the superior Mercedes a run for its money this year.
Click to expand...

The clock doesn't care who deserves a win or not. Come qualifying time, I fully expect Mercedes be back up to 1-2, the difference in last qualifying was 0.5 seconds to Max. In the race it will again be Max against two Mercedes cars as Albon is nowhere, so Mercedes would have to fail big time with strategy on both of their cars.

All the teams were struggling today to find the right aero and suspension set up to get the tires into the right temperature window. The circuit was just resurfaced 10 days ago with extra smooth asphalt, they decided not to take any of the usual measures to deal with oil that seeps out after repaving, and no one told Pirelli in time so they sent the hardest three compounds they have. In this crazy situation I wouldn't be entirely surprised if Mercedes doesn't find just the right setup for the tires and misses out on pole and/or the win. That's basically what happed at the second Silverstone race this summer that used softer tires than the first race and Red Bull just found a better setup for those tires. Then again, I wouldn't be surprised if Mercedes walks away with another weekend

They actually have a session scheduled tonight for road cars to lap the circuit for two hours to help lay more rubber down, lol
Last edited: Nov 13, 2020
B

lol their having rental cars drive around the track to try and help the grip lol
You must log in or register to reply here.