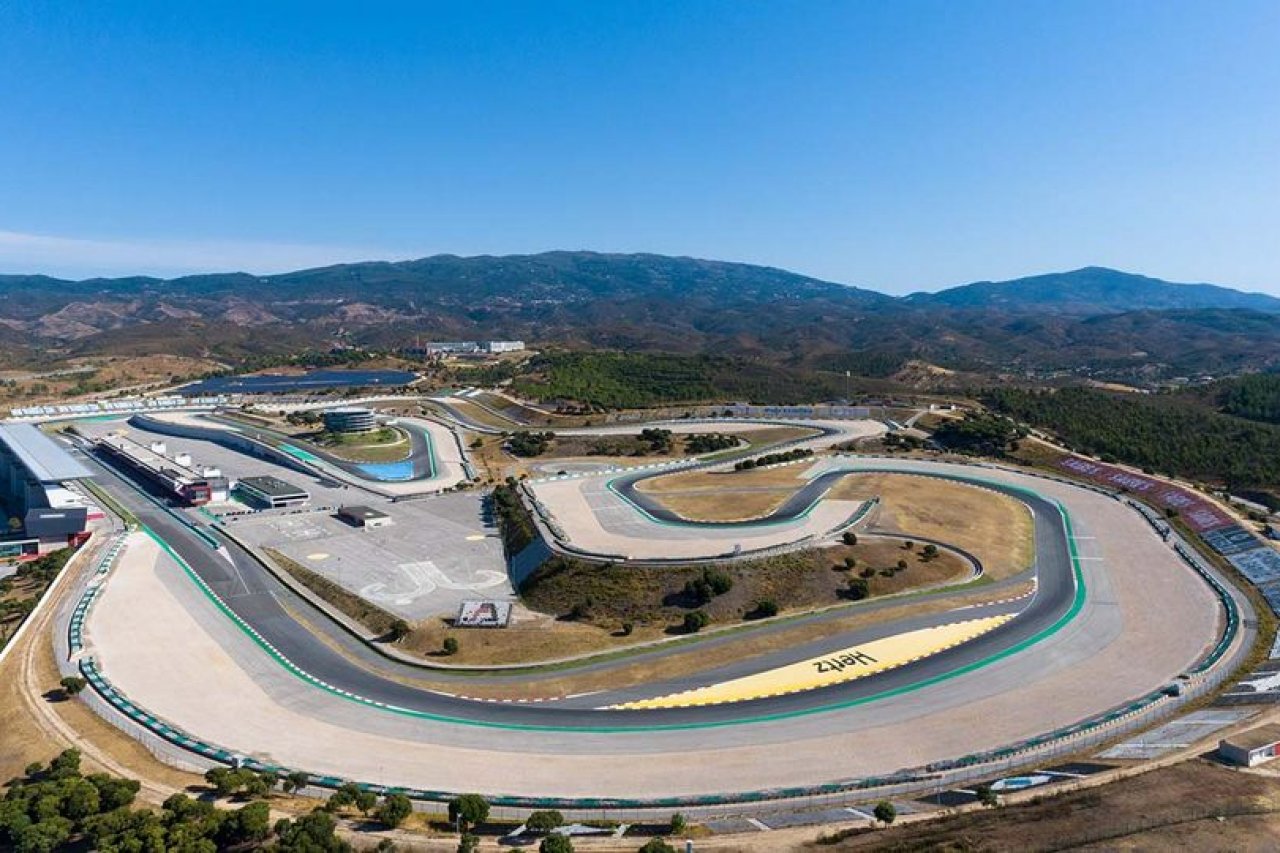 This weekend sees Formula One return to Portugal, for the first Grand Prix in the country since 1996. While Portugal has held 25 Grand Prix, it will be the first race held at the Algarve International Circuit in Portimão.

It's a great layout, upon which we last saw Formula One cars circulate in 2009 during testing. Since then F1 has become a lot quicker, which should make a race at a circuit with predominantly medium and high speed corners very exciting indeed. The track also features plenty of gravel run-off areas, undulation and unsighted corners, which should make this weekend even more challenging for the drivers.

This weekend is set to be dry and warm, and with fast corners that should see the cars pushing the tyres harder than on average, we could well see teams struggling more than usual with tyre management. Sunday will see the drivers enjoy 66 laps of the 4.684km circuit, with temperatures expected to be in the mid-twenties come race day.

It's hard to look beyond Mercedes this weekend, who are no doubt the favourites, as Lewis Hamilton chases a record-breaking 92nd race win. With that in mind, Red Bull did make a big step forwards in Germany last time out, with Max Verstappen about as close to Mercedes on outright pace as he has been so far this year. Let's not forget the impressive move forward made by Renault too, who will no doubt be looking to capitalise and build on their first podium in the hybrid era. Let us know what you're looking forward to about F1's first trip to Portugal in over 20 years. 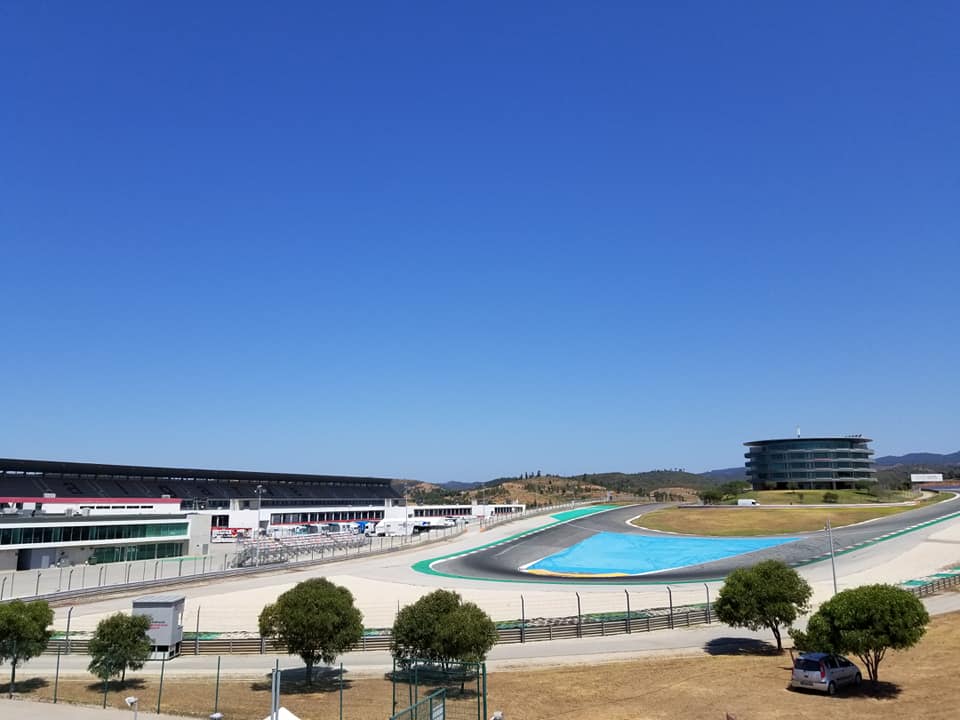 Do we know for certain if they're using the T1/2 Chicane Hairpin thing or not?
H

that looks like one hell of a track
Reactions: Frank Lehmann and Charlie Lockwood 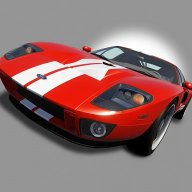 One of the most spectacular circuits that Formula One has ever driven. It is just a bit of a shame that there is a good chance that they only drive here once. I hope we can enjoy a spectacular race on Sunday, one that we will not soon forget. I am also curious how many will move off on Friday because the track is new and difficult for them.
Reactions: mcoak, Frank Lehmann and atomed

NR The-Boss said:
Do we know for certain if they're using the T1/2 Chicane Hairpin thing or not?
Click to expand... 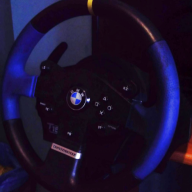 Normally I don't vote for Mercedes drivers but I would like to see Hamilton break Schumacher's record.
Reactions: SAMT_422 and liby88

Also one of my favorite tracks in simracing. Like the elevation changes and the blind corners. Now lets' see how this track will unfold for the F1 drivers. All new to them so I think we will see some 360's when they push the car to its limit to learn the track. Yeah yeah they also did a lot of hours in sim

I would always *like* to see Kimi win .
Reactions: Charlie Lockwood

Great track for hotlapping. But for F1 i doubt there is many overtaking oppertunities.
Not much alternative lines to find an advantage.
Tires might be the ones that make it most exciting.
Last edited: Oct 23, 2020

I can not vote on this track as no driver has been theire. I have driven it on a sim and know thare are many undulations and blind turns. I think a majour acident will happen wipe out top contenders and give a win and points to drivers in mid pack. The drivers will be playing getting to know you here, thogh it looks like Catalunya in spain. Where they do winter testing. Yes its going to be like Mugello where Gaslly won earlyer this year.

Antony Snook said:
Yes its going to be like Mugello where Gaslly won earlyer this year.
Click to expand...

Gasly won in Monza, where they race every year. Hamilton won in Mugello and is safe bet here again. Since he and Bottas will be far ahead by turn 1, so not even no-brakes backmarker can wipe them out. Only need to stay aware of SC boards around the track.
Reactions: ast654 and ollex

Be a real shame if they couldn't find a way to get this circuit on the calendar year after year. What a beautiful track as layout, elevation and the location.
Reactions: InsaneDad, CarlosB, Miguel Azera and 2 others 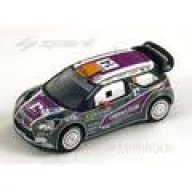 When Stroll gives him space it could happen
Reactions: Kimmo Kokkonen and Frank
M

NR The-Boss said:
Do we know for certain if they're using the T1/2 Chicane Hairpin thing or not?
Click to expand...

No, they'll be using the normal T1.
M

David DeGreef said:
Be a real shame if they couldn't find a way to get this circuit on the calendar year after year. What a beautiful track as layout, elevation and the location.
Click to expand...

To expensive, basically any portuguese company wants to pay the fee to ut the circuit on the calendar. Motorsports here are still seen by many people as a bunch of looney people who have death wishes.
Reactions: Fat-Alfie

Where is CrewChief when you needed it
Reactions: atomed

Appie Kuipers said:
When Stroll gives him space it could happen
Click to expand...

Grosjean would have to crash first of course
H

I think I've only ever raced it once a bit on Project Cars 2. I found it a tricky track, not wide or flowing like Mugello.

Also, regarding the Stroll Verstappen crash, who is more to blame? The driver not expecting another car to be on a hot lap, or the driver not expecting to be raced into turn one.
Last edited: Oct 23, 2020
Reactions: After_Midnight
You must log in or register to reply here.
Share:
Facebook Twitter Reddit Pinterest Tumblr WhatsApp telegram Email Link
86 comments
Community Question | Slow vs Fast
53 comments
First Look | GT Omega PRIME Aluminium Profile Cockpit
151 comments
Community Question | Who Here Uses A Dedicated 'Sim Rig'?
79 comments
Assetto Corsa Competizione | Hotfix 1.6.1 Deployed