This pack includes "virtually" everything in terms of 2016 and as an added bonus you will get my new 2016 MotoGP A.I. Physics update which has adjusted A.I. bike physics to reflect the...
Click to expand...

I can't find in my game the file "content.mix" and where to put the tyres folder?

motishow said:
I can't find in my game the file "content.mix" and where to put the tyres folder?

/DATA/PHYSICS/TYRES for the TYRES. Overwrite tyrescatalog.bml according to which file you need.

if you mean on the bike, I am NOT changing that. Done with photoshop...lol

not in the menu.....
when choose the rider

lollospartacus said:
not in the menu.....
when choose the rider
Click to expand...

installed and worked PERFECT!!!!! Thanks alot, great job.
are you going to update the moto3 mahindra team (Aspar team) in the future?
thanks 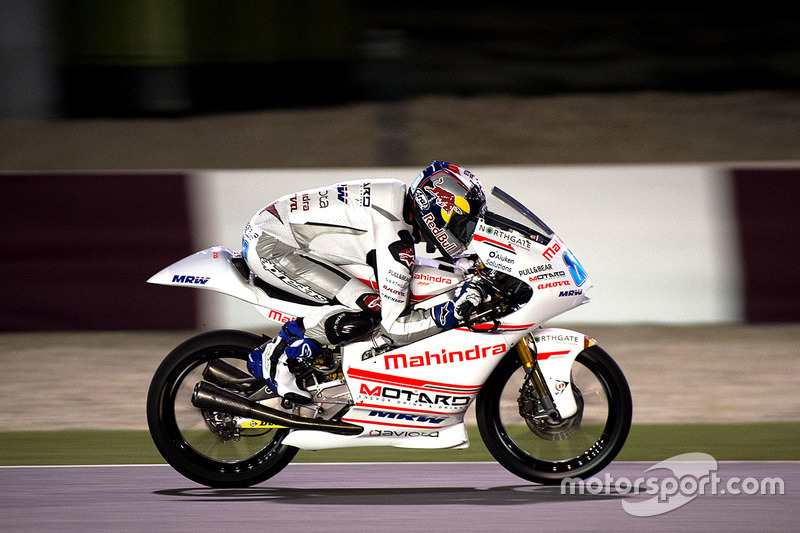 motishow said:
installed and worked PERFECT!!!!! Thanks alot, great job.
are you going to update the moto3 mahindra team (Aspar team) in the future?
thanks

thank you!!! still updating + correcting cosmetic stuff...in fact, will release new version later today my time (U.S.A. PST). this will include rider + team performances i hope others will jump on Moto3 liveries for 2016.
S

sorry rkh a question, must be integrated this update with your previously update of 2016 motogp moto 2 and moto 3 update mod, it's this rights?

Implemented some A.I. performance stuff for all 3 classes as well + cosmetic changes
Click to expand...

sagnok said:
sorry rkh a question, must be integrated this update with your previously update of 2016 motogp moto 2 and moto 3 update mod, it's this right?
Click to expand...

yes, in order to get those changes in Moto2 and Moto3 download it for sure. Just leave all folders alone except for MOTO2 and MOTO3 ( in the CONTENT.MIX file also) and use the one I offer separately now in this thread to get MotoGP liveries. I will probably upload all of it in 1 package soon, meaning all texture changes for all three classes.
Last edited: Apr 4, 2016

Here are the links:

Thanks a lot rkh

May I ask you something about livery....
Could you made a list for moto2 and moto3 for 2016 livery done and missing to get the idea what team we need to do ....

I still download 2016 livery so I will test all together, Thank a lot for this
Do you wanna work for Milestone
Last edited: Apr 4, 2016

I expected people to "revenge down rate my mod", because I am a vocal member of this community. However, I also work hard on the mods. To down rate it because some of you simply cannot follow instructions, is flabbergasting. I do not need the ratings anyways, I know it is by far the best option out there for anything 2016 season related, but something needs to be noted.
Honestly, this behavior in the community is very immature. You got something to add after thoroughly testing it? Great. You want to help make it the best possible experience? Great. But this, this just does not inspire people to share their work. PM's with complaints - really?

So other modders figure - why bother? Long as I enjoy it, it is all good, why share it when a great part of this community doesn't even know what mixfile remixer is.
I understand these modders now. There is no suggesting or compromising here. Everyone thinks they know it all, since they have been on a MotoGP bike since 2 years of age. You can see that by the number of mediocre mods, instead of working productively together. Yes, I have a big mouth, but I can back it up. I claim to know A.I. behavior + A.I. physics as I have been modding Milestone games for years now.

Yet, someone doesn't know mixfile remixer, they rate it down, someone has no clue how bikes behave and rate the mod down, instead of just ignoring my physics folder then. All you should install then is the 2016 Grid stuff and leave the physics out of it. It was supposed to be an added bonus. Why complain about the Moto2 and Moto3 liveries, when I explicitly said I don't have them updated. I made sure Leopard has three riders and shuffled those liveries accordingly, but I am not good when it comes to textures for liveries and such. No problem admitting that. My texture work sucks, no doubt.

I would really appreciate people who do not get it to refrain from butchering it and to instead focus on their own mods. Having said all that - really, really appreciated the kind words from the riders who actually get it. So, thank you guys !!!

for those still confused if everything has been installed correctly - here are some shots of what you should see in the modified game. 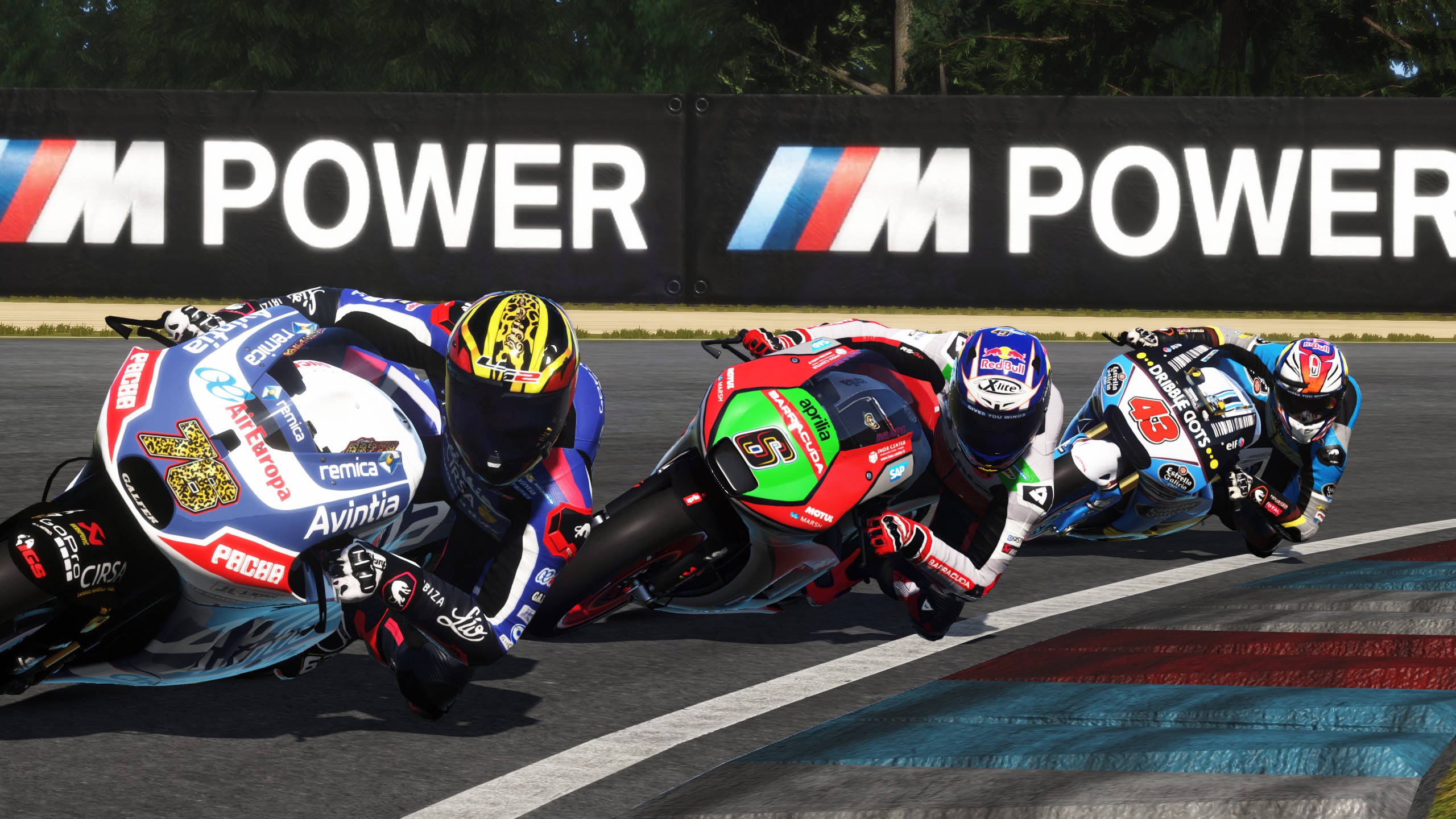 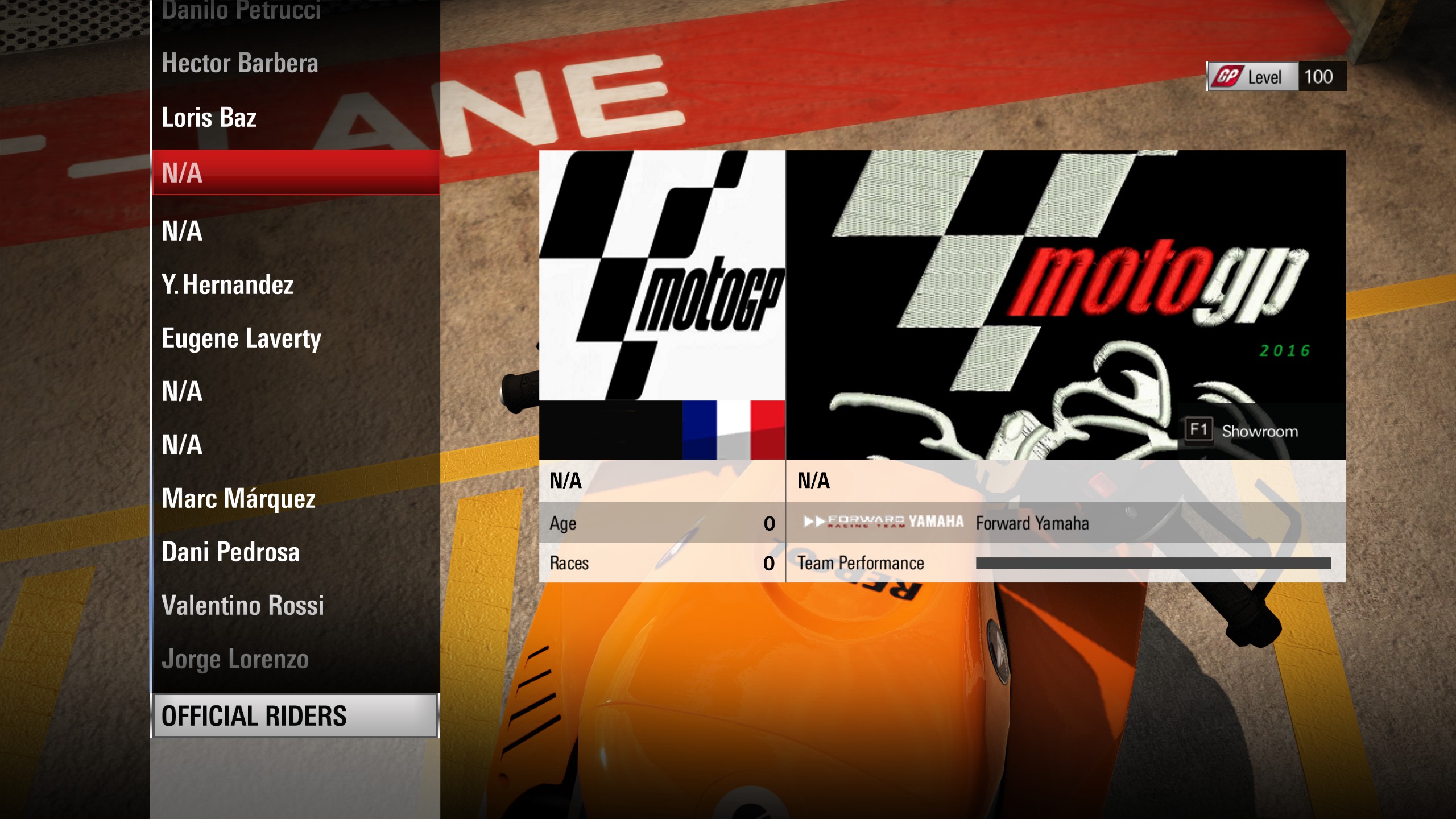 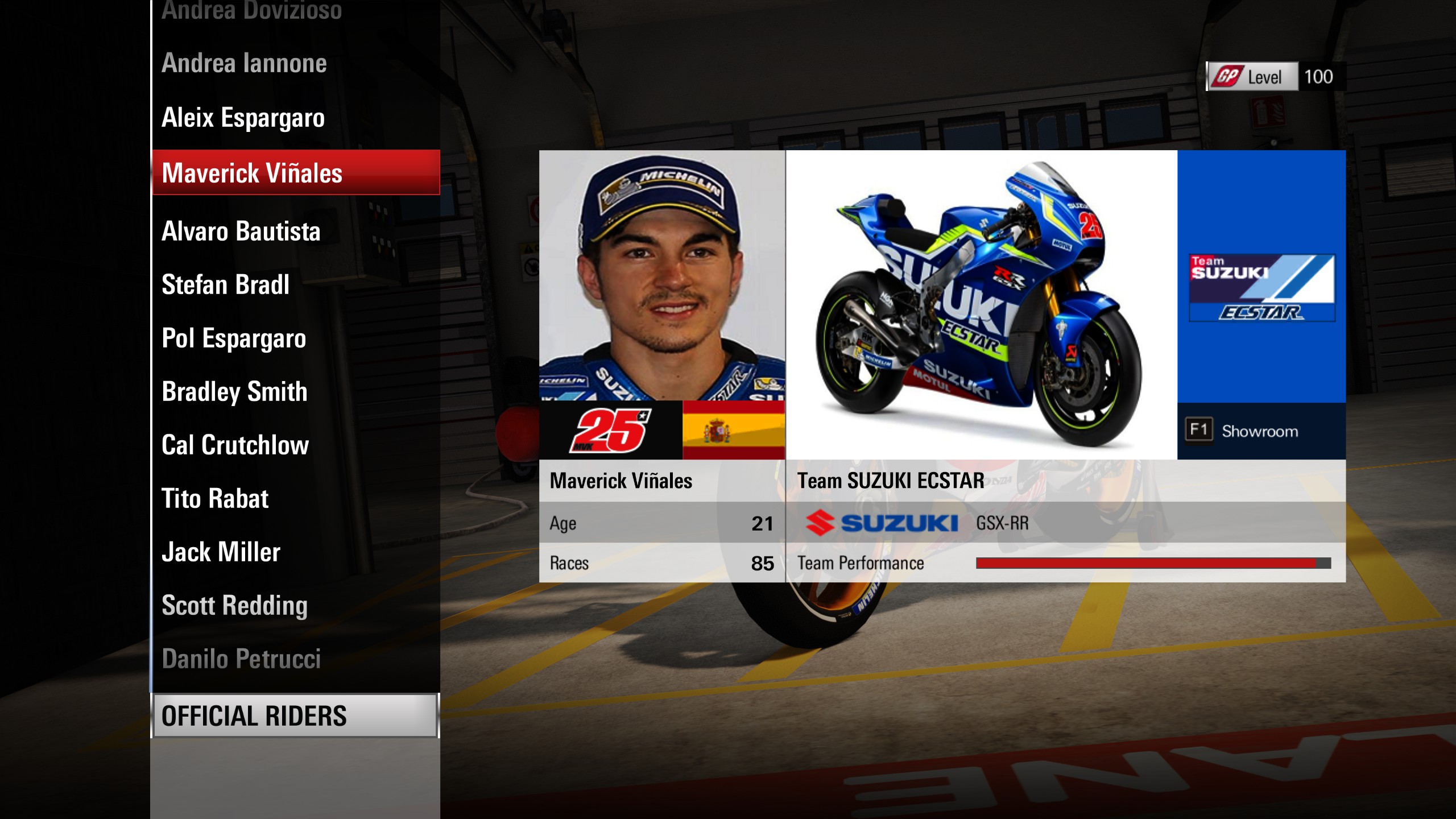 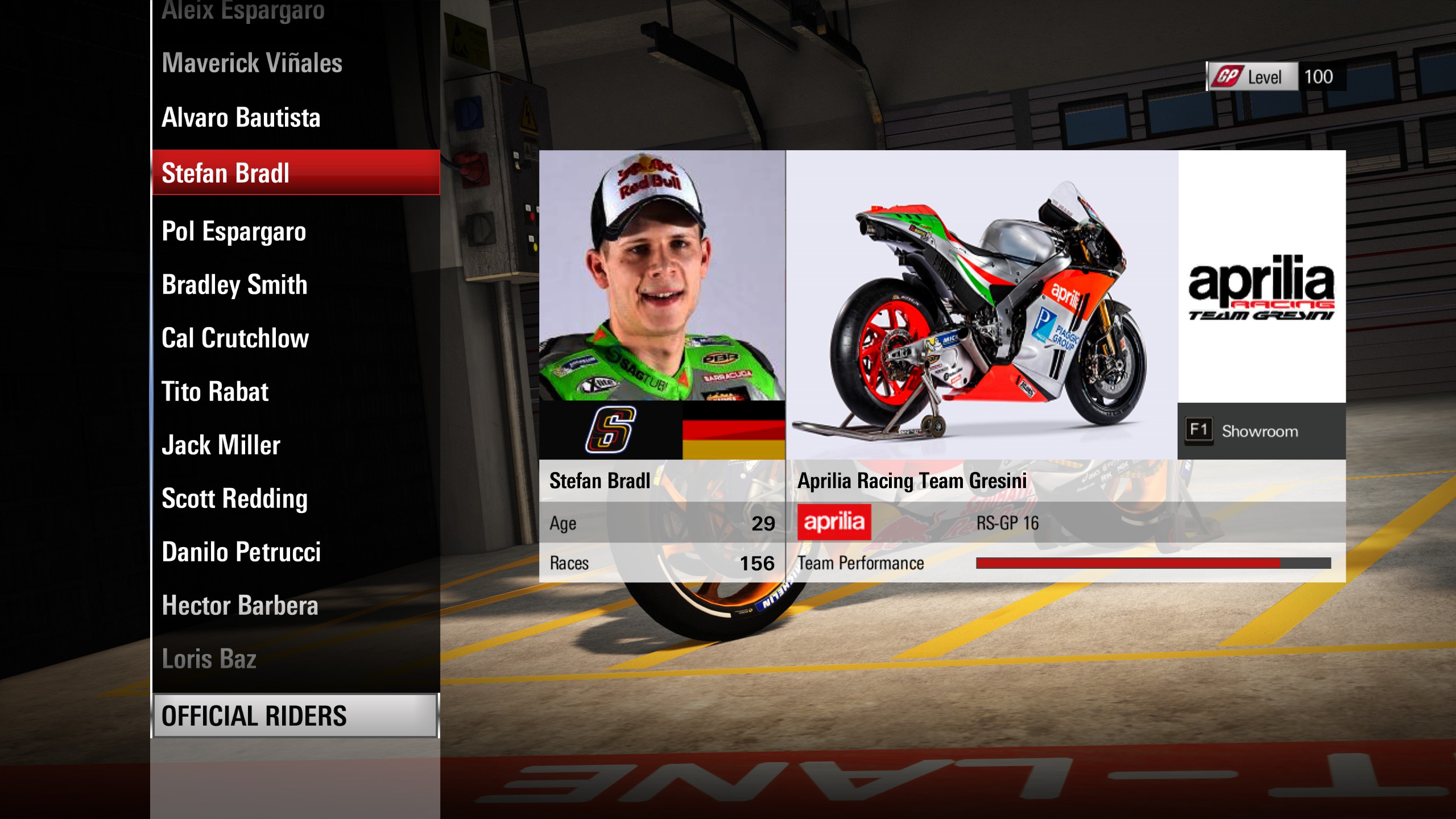 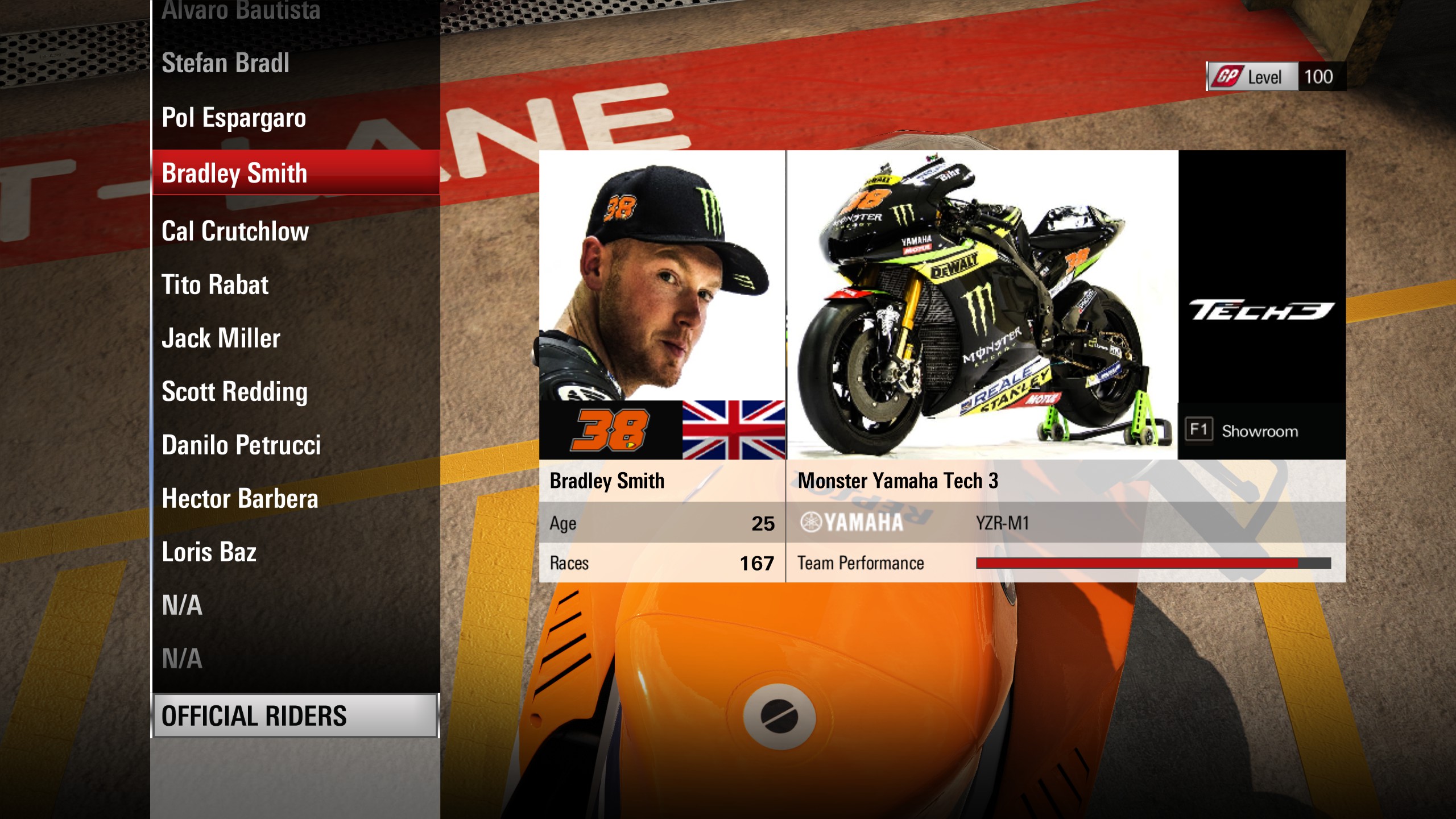 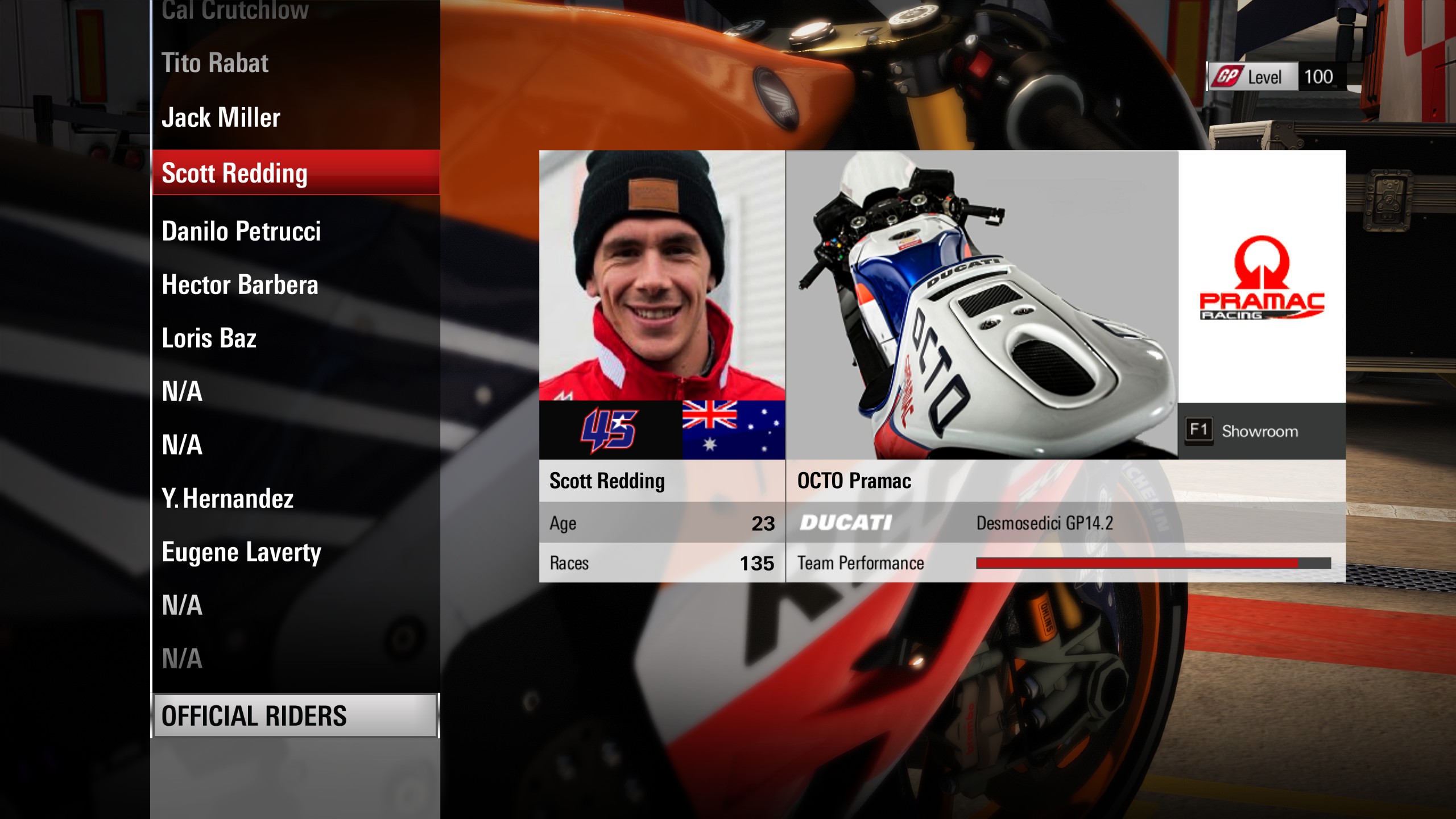 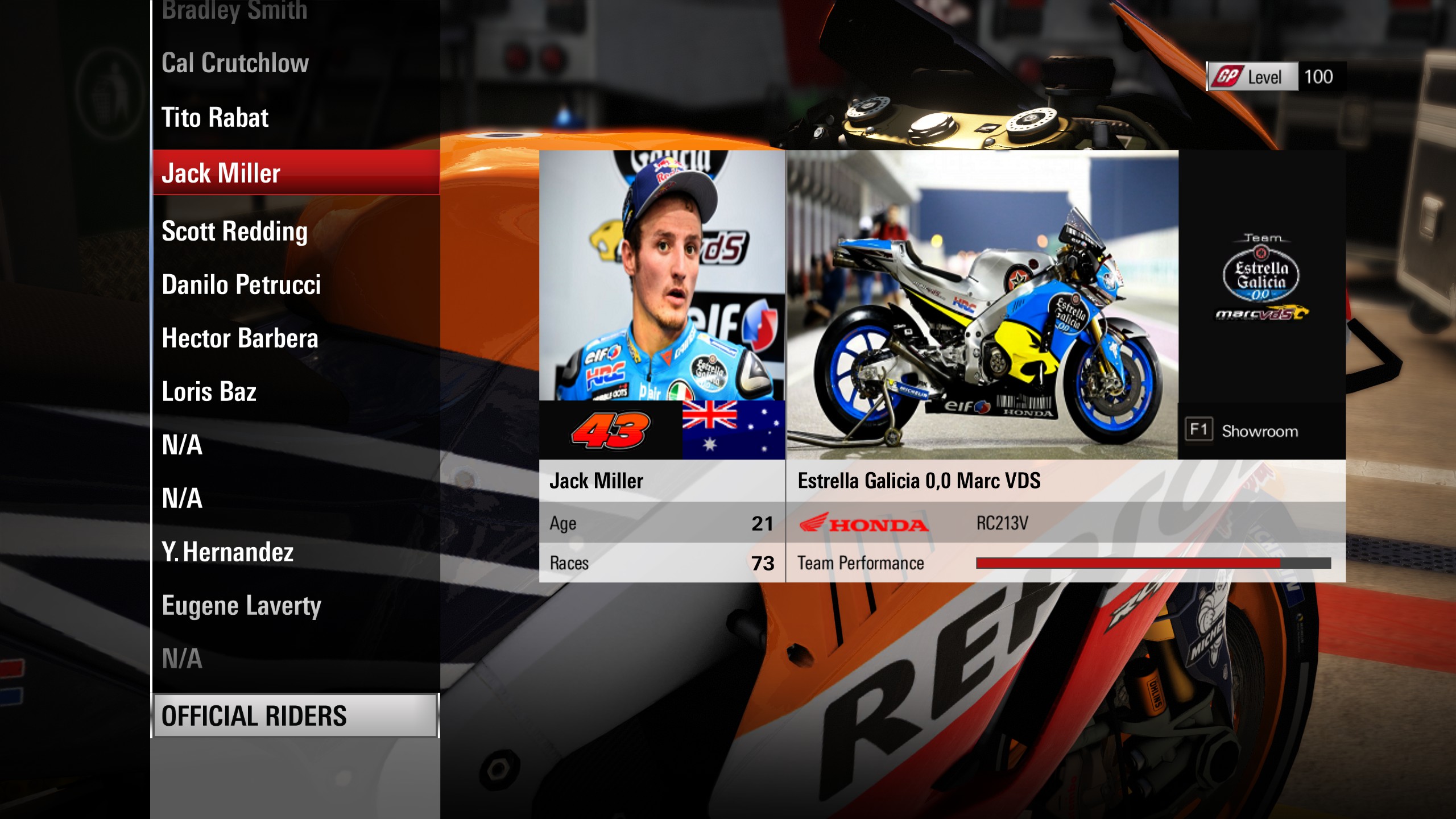 You should also have the new A.I. Physics file - you'll notice that immediately in that you cannot escape a Ducati on the straights. In general, you should see major A.I. improvement with them right on your truck nutz especially when you make a mistake. Qualifying results should be within 1 or 1.1 seconds riders 1-12, and the slowest rider in Q1 should be about 1.4 - 1.6 seconds slower than pole position depending on track. I will post pics regarding this and a video that shows the much tougher A.I.
Last edited: Apr 4, 2016
You must log in or register to reply here.

MGP21 All MotoGP, Moto2 And Moto3 Bike Models For Photoshop