Found this on some motorsport paper from japan...it shows an image of what looks like a new honda-mclaren.

Whilst I don't believe that it's the new McLaren (they wouldn't have a whole car completely painted and assembled already), I see no reason why it would be the W05 in different paint.

it is probably a fake...it just caught my eye as the talk was that gillette were to become team sponsors. then i also did hear of sony also..can mclaren make a copy of the mercedes?. the rear of the car looks different though, so I am not sure. i know the nose has to be changed as only the ferrari one from 2014 will be legal in 2015. or the early w05 nose used in Australia.
i will look into it further and try and find the link, the site was all in japanese.

Of course it's fake, how can you possibly think this is real?
Some people really need a new pair of glasses ...
L

how is this done? i look close with zoom and it is real image. car is confusion

Why would it be the W05 though? Logically?

Well, logically as well. McLaren is not stupid to have let Autosport to take pictures of their 2015 car, and why does Autosport make a car so similar to the W05, while it is not the W05? And Autosport has nothing recent in their website related to McLaren, other than this http://bbs.hupu.com/11369265.html

Photoshop, that's what it is 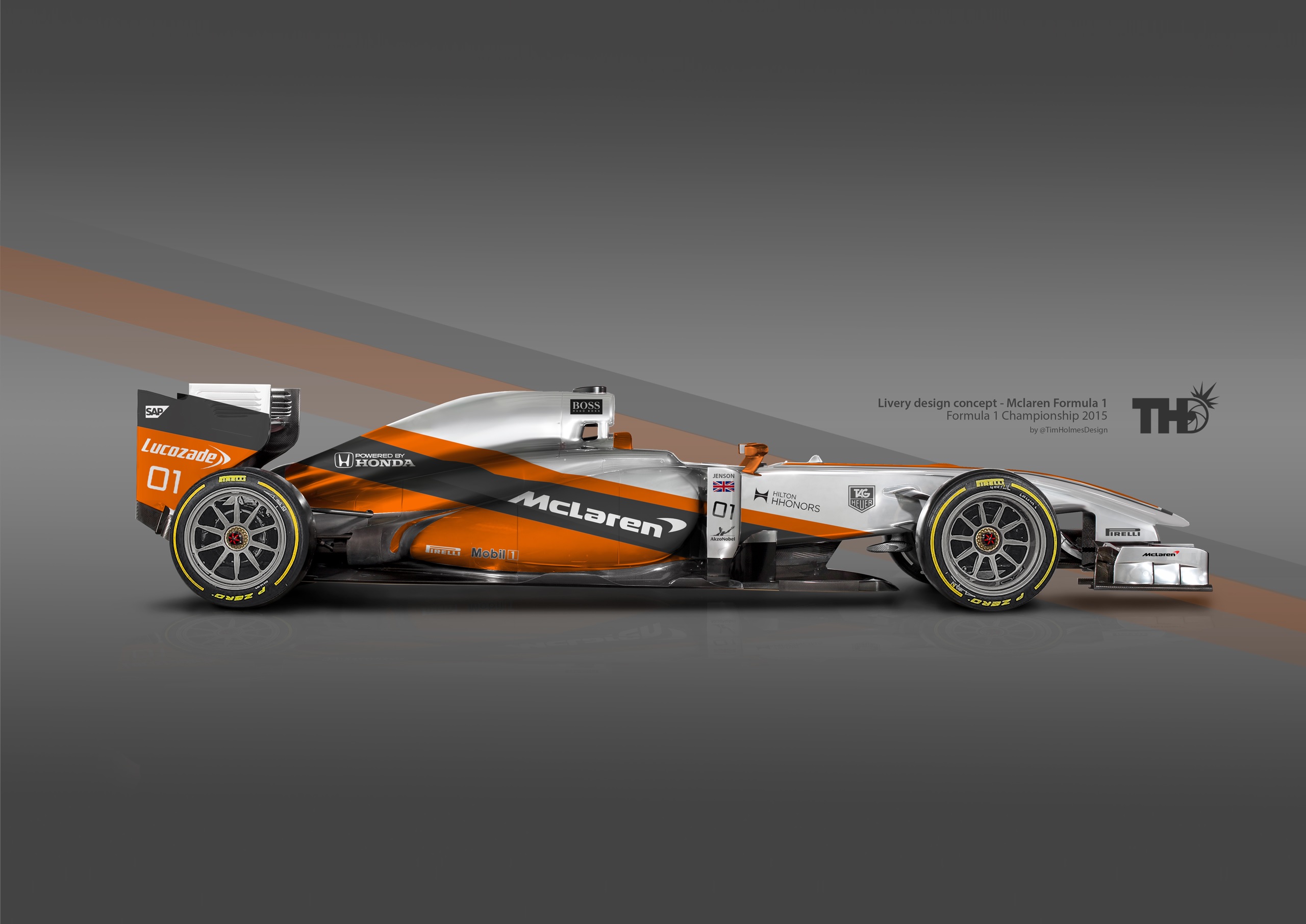 Apparently there will be no weirdly shaped noses due to rule changes next season.

Bruce Thomson also tried his hand on a concept, looks fantastic in my opinion:

What time is the launch?

Well that was disappointing, the car itself looks nice but the livery why oh why does it look like that, its so boring

It's fair to say that the Vodafone orange was an awesome livery, but that's a poor effort. Hopefully they're doing a Williams 2014, and this is just a temporary test livery.

i don't mind that in the slightest, i reckon it is good

Looks a little nicer from the top.

Not a bad combination of the West/Vodafone liveries. Pretty disappointing considering the hype of the Honda return and so forth though. There's no way the old Marlboro livery would return, but going with a white, red and possibly even orange car with a different design would have been refreshing. Force India have done a better job of making a McLaren-esque livery than McLaren have.

Just seems odd they're sticking with the colours more associated with Mercedes. Surely Honda would have wanted them to steer clear of that?

Oh well, at least the nose looks OK.
You must log in or register to reply here.