One day before the season opener in Australia, the Manor Marussia team have finally revealed their car to the world.

After a turbulent few months since Jules Bianchi's horrific accident in Japan, the team has been forced to skip races, been in and out of administration and even survived liquidation to produce a car to race in Australia.

The car is mostly the same as the 2014 model, but fits the 2015 regulations. They are running Ferrari engines from last year also.

A lack of testing, and 1 Formula One start between their two drivers means the team are starting the season on a major back foot. With the prospect of not making the 107% rule also hanging over the team, it might end up being a fruitless attempt like the ill-fated Mastercard Lola team from the 1997 season.

However, with only 9 other teams on the grid, and the jobs of the personnel in the team, this is a project which must work for the good of the sport.

With Will Stevens set for the year, and Roberto Mehri juggling an F1 seat with his Formula Renault 3.5 commitments, there is still uncertainty as to how the driving seat will pan out. But with Jordan King in reserve, they at least have a fall-back plan.

How do you guys think the season will go for Manor? Will they even qualify for the Australian Grand Prix? Feel free to comment below
Reactions: airutonpurosuto8912 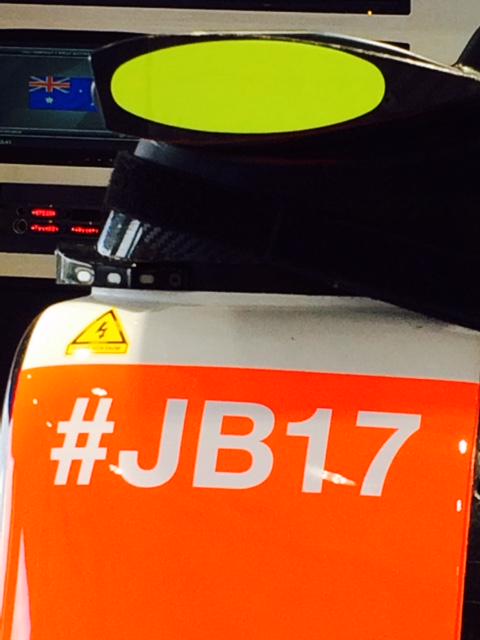 Nice to see that some people are starting to invest in the team.
Reactions: Matthew327, TTupsi, airutonpurosuto8912 and 1 other person

I really hope Manor makes it to next season. I'd love to see them keep racing - teams like this, small budget, but a lot of passion, are what makes F1 what it is; and if these teams can stay alive over years. who knows what they might become? See Williams, for example.
Reactions: Philip Heck and Jimlaad43

Are there any news regarding their full on 2015 car?
I remember something about them planning to introduce it for the 2nd half of the season, so... Spa?

Philip Heck said:
Are there any news regarding their full on 2015 car?
I remember something about them planning to introduce it for the 2nd half of the season, so... Spa?
Click to expand...

they said a while ago now that it was unlikely that there will be a new car this year and that they will finish with the current car and make a few adjustments to it along the way
Reactions: Philip Heck

Ah okay then.
Shame, I would've loved for them to use the current Ferrari PU and see how close to the field they would be with that

As of now, I think it's very likely they'll be using the reinforcements in the technical team they've made to improve what was intended to be their 2015 car for 2016, including (hopefully) an up-to-date power unit from Ferrari. I'm really curious to see how close they can get under these circumstances.
You must log in or register to reply here.
Share:
Facebook Twitter Reddit Pinterest Tumblr WhatsApp telegram Email Link
21 comments
F1 2020 | Update 1.12 Now Available
55 comments
Community Question | How Often Do You Race?
9 comments
Penultimate Round: Nürburgring Beckons | Ferrari Hublot Esport Series
47 comments
F1 | Russell Williams Seat At Risk?
Top Bottom