Feel free to discuss the race in this thread, as long as it is within the forum rules. 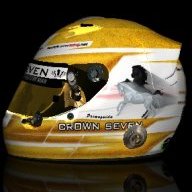 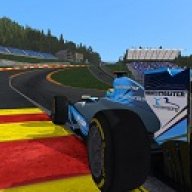 1.2 No chat during Qualifying and Race sessions.
M

Crashed in Q2 outlap so that was silly.
A bit race rusty so couldn't get P4.

Mikko Suokas said:
Crashed in Q2 outlap so that was silly.
A bit race rusty so couldn't get P4.

It was a great closing battle for P4, kept the commentators alive. 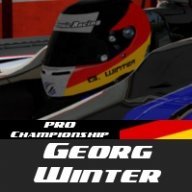 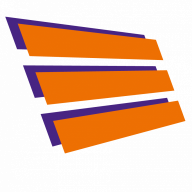 Race start was ok, keeping it clean, did a small mistake on T14 that costed me the 2nd place and then I switched to our strategy which was a 2-stopper. It worked out perfectly, only thing I don't understand is why I had a 8 sec pit stop on my 2nd one. I had requested it 1 min before. Any info on that? Great job from Twister boys, their race pace was unbelievable and very clean driving on track. Also had a nice battle with Mikko in the end trying to keep my 4th with 40% rear left medium tire.

About the spamming for a restart please show some respect to those who are still driving next time. Directors are there for a reason.
Reactions: David O'Reilly and danielino 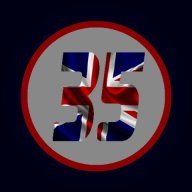 Its nice to see how close the ace series is this year. Everyone even got away cleanly off the line and through the first sector which was ace, just a shame about the collision later on in S3 that rather spoilt things. The chat afterwards was alittle distracting though.

While I was annoyed that I drove to cautious in the qualifying I am happy that I got top 5. I was setup nicely for the race but I couldn't avoid Prieto when he spun and damaged my front wing causing massive understeer at the next corner and lost the rear. Think I was just abit unlucky and could have gone quite well in the race.

Congrats to Daniel and Twister for the victory. Hopefully I can be even closer next round.

Rough luck for Georg Winter but awesome race for Michi Hoyer and Pashalis Gergis!!! Top it all off with a 3rd car, Teemu Valkeejarvi, in the top 10 and really couldn't have had a better season opener!

That many so close together is bound to have an incident, shame that it took so many out. If PRO and WC is half as good we will have a great season!
Reactions: Teemu Valkeejärvi and David O'Reilly

Τhe video is up publicly, Mikko seemed ok with it. Nothing really to hide, directors have seen it and it's up to them.

To make a strong call on it you would need several camera views including overhead.
My take on it from the livestream is that Gergis held the middle of the track without any significant changes of line. Either side was available. Soukkas didn't quite commit to left or right and ended on his gearbox. His slight lateral movements made Gergis car look like it moved more than it did. Gergis one change of line was was left prior to the braking zone.
Just my armchair view.

Well yes I came back close to my racing line because Mikko backed off. When I had Rens and Prieto fighting behind and I switched my line I always kept it till the braking point cause they had a chance. They can confirm it. Even with Mikko that's what I did on T3 the lap before this incident, I changed line and kept it till the end @1:06. That's the only thing I can comment on, I don't think I did any movement out of the book and I changed my line to block Mikko before he came really close.

First of all congratulations to Daniel, Rens and Michi for the great race they all did.

My race started pretty good with a good lap in Q2 wich could be improved, specially in last sector, but enough to start in P3.

I had a poor start and Hoyer passed me. Then Gergis did a mistake and a couple of laps later i had a go in T3 but i wasn't close enough, so Klop got through half the car, i tried to hold him up but that was a big mistake and i spun. Sorry Mike for ruin our race there.

Then i was cruising in lap 30 trying to get close to Gergis before my stop but terrible mistake in T11...so frustrated i forgot to send the file...that's not gonna happen again.
----------------------------
I want to say also, that i find a huge disrespect to other drivers, to start overtaking in Q1 when we are opening a gap in front to start the lap. Happened to me in my first lap, a car overtook me and some other drivers in the last 2 corners, i think there are few things that show less respect for other drivers in track...
You must log in or register to reply here.
Share:
Facebook Twitter Reddit Pinterest Tumblr WhatsApp telegram Email Link
1 comments
rFactor 2 | 2020 Bentley Continental GT3 Arrives Wednesday
17 comments
iRacing | Season 4 Patch 1 Released
3 comments
Barcelona Calls | Ferrari Hublot Esport Race This Evening (+ How To Watch)
59 comments
DTM | GT3 Regulation Shift For Post 2020 Season