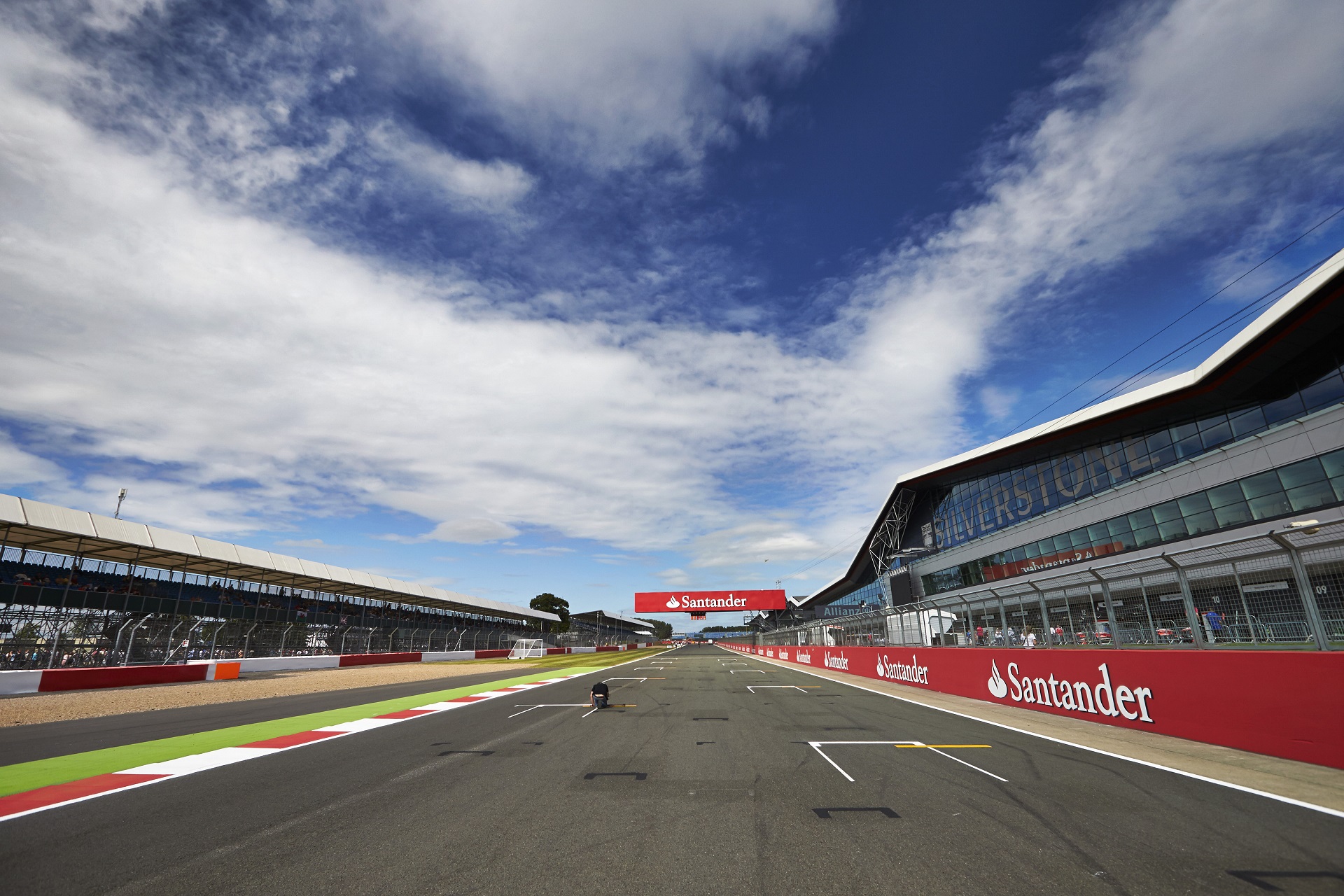 Silverstone, the "home of British motor racing", hosts Round 9 of the 2014 season - its 50th Grand Prix feature in the history of F1. This classical venue has been attracting thousands of motorsport lovers to Britain every year since 1950, alongside Aintree and Brands Hatch. And with Wimbledon, the FIFA World Cup and several summer festivals all on during this weekend, there are still a lot of good reasons to stay at home tuned in to F1, pay a visit to the Olympic Park and the F1 Fanzone event, or head down to Silverstone for another thrilling racing weekend.

First of all, the title race. And with that, a name: Lewis Hamilton. The British driver is currently 2nd in the standings but he is apparently the sole man able to put up a challenge against his own team-mate, and current number 1 in the Drivers Championship, Nico Rosberg. Both Mercedes are still holding on to their dominant pace, which saw them earn some outrageous 301 points between them in the first 8 races.

Despite all this dominance, there are a few keen contenders waiting for their opportunity to strike. One of the great surprises of this season has been the Australian youngster Daniel Ricciardo. The Red Bull driver has been one of the most consistent drivers in the pack, despite some early reliability and regulation problems which cost him some precious points. He got his first F1 victory in Montréal and has been beating his team-mate time after time in both qualifying and race sessions. And we are talking about none other but Sebastian Vettel, 4-time and reigning champion.

Vettel has been struggling since the beginning of the year and only now the German seems to have gained enough confidence and knowledge about his machinery, which is also far from perfect when compared to the Mercedes. If he is still able to start a proper championship contention or not, one can only guess. He is still to win a race, though, something Ricciardo has already conquered this season. And that is obviously something the German will want to rectify soon enough.

The strongest "if only I was driving a Mercedes" case may be, however, Fernando Alonso. The Spaniard, two-times F1 champion, is currently behind the wheel of a car that is even slower than the Red Bulls (and the Williams, we might add), fighting for Top-5 finishes every race. Alonso still holds evident skills and pace, but one can only wonder what it might have been, not so much of what it will be for the coming races, as the Ferraris continue their development battle.

A word has to go out to Felipe Massa and Valtteri Bottas as well. The Brazilian and the Finn locked the first row of the grid in Austria, obtained a podium with Bottas and showed remarkable pace in previous GPs, specially in Montréal. Despite their speed, race events and reliablity problems in the early stages of the season have cost them dozens of precious points, Massa being the most affected.

Jenson Button, the everlasting Brit and the country's most recent champion, is also fighting more with his McLaren than with his rivals. He is currently 8th in the points tally but a good result in Silverstone would probably feel like a Championship victory for Button, as things stand. 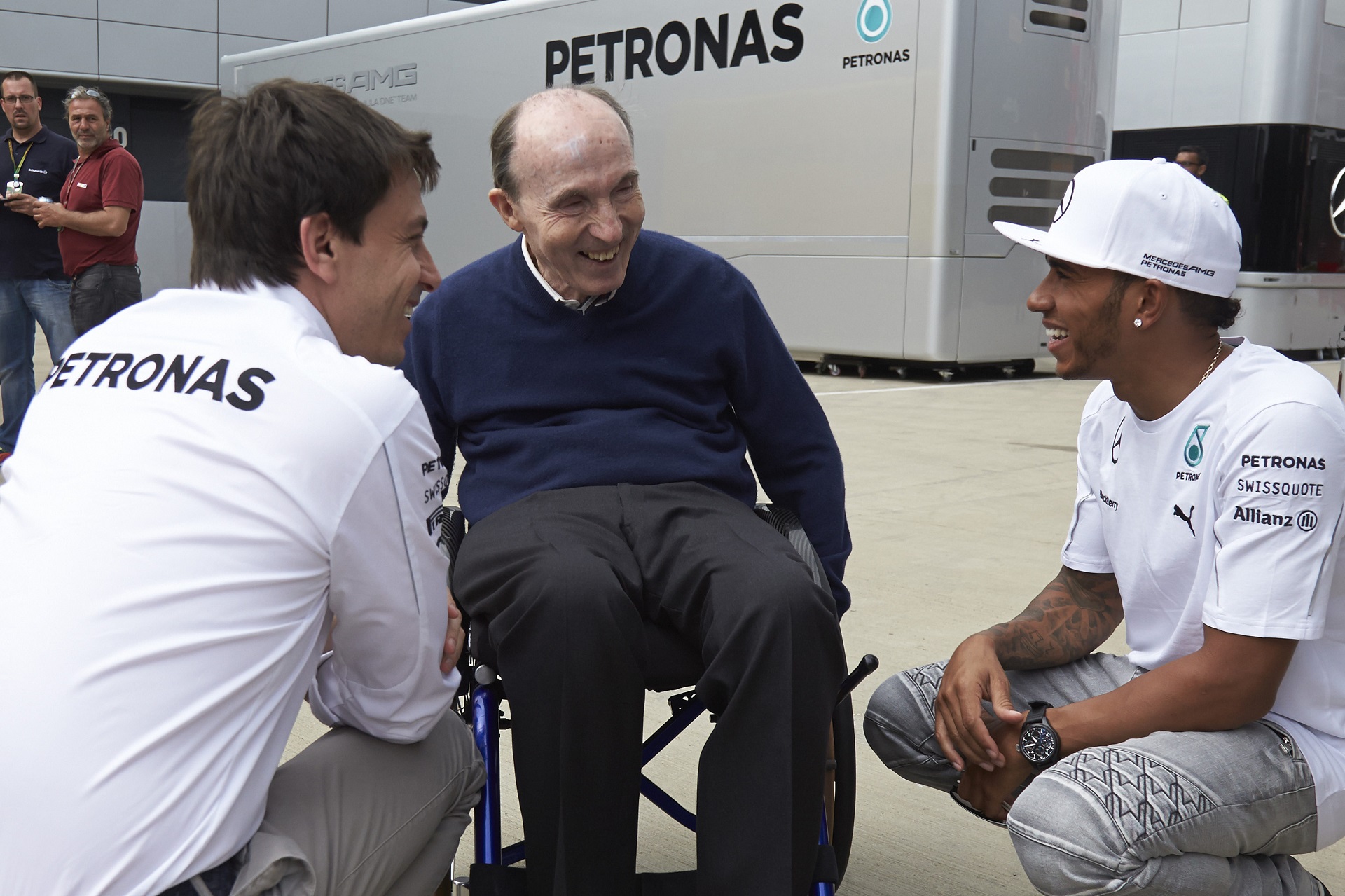 Before the race, the drivers assessed their chances and analysed the Silverstone iconic layout. Dan Ricciardo is looking forward to it: "Silverstone is great. It's just a great, great racing circuit. It's fast, it's flowing and you really get to rag your car for all it's worth. There's nowhere better at letting you know how very, very good an F1 car is than Silverstone, and in particular through that ultra-fast Maggots-Becketts-Chapel complex. I'm looking forward to my first race with Infiniti Red Bull Racing this year at Silverstone, I know a lot of the guys are going to be watching at the track so I'll be going at it for a good result", the Australian acknowledged.

Lotus, one of the struggling teams, will be racing in their home circuit. Technical director Nick Chester seemed confident about their chances: "We've got a few updates, including a front wing and floor, some different combinations of aerodynamic parts to try and some new set-up concepts to explore. It's a home race for the team so we'd like nothing more than to put on a good show in front of our factory staff and all the loyal fans in the grandstands".

Another home team for this particular GP is Williams. Felipe Massa, the combative Brazilian, has special motivation to fight for the win in Silverstone: "Silverstone will be a special race, not just because it is the team's home race, but also because I shall celebrate my 200th Grand Prix. British fans are passionate about Formula One and it will be great to see the support for the team. It will be interesting to see if we can maintain the pace we had in Austria, but the main focus will be on getting some good points", he reckoned.

Last of the home teams is Jenson Button's McLaren Mercedes. The 2009 World Champion will be looking forward to this race, one that brings a lot of emotional memories with it: "The Santander British Grand Prix is one of Formula One’s most important races because so much of our sport has been grown and developed using British technology, passion and determination. For any driver, your home Grand Prix is massively important - but, like Monza and Monaco, Silverstone is special for everyone. This race is going to be a special one for me because it was always such an important race for my dad. I’ll be wearing a special pink helmet for the race weekend, and I’m hoping people will enter into the spirit of supporting the #pinkforpapa effort to wear something pink on Sunday to honour his memory. He won’t be there this year, but he’ll always be with us in spirit - I hope he brings me some extra luck".

With all this, and the additional bonus of having four british drivers competing this weekend (Susie Wolff is expected to make an appearance for Williams in FP1), the 50th British GP at Silverstone is set to leave another lasting mark in the history of F1. The race is scheduled for Sunday, at 13:00 local time.

Really looking forward to this Grand Prix. I am putting my money on Nico Rosberg for this race again.

Our very own @Mark Bushell will be marshaling this event from post 4, Turn 2 after pit exit. Have fun Mark better than a grand stand seat.

I would love to see jenson on the podium at least, although that is a very optimistic attitude. I would like Hamilton to win but nico seems more likely to win as he seems to be on form. Silverstone can throw up good races and I hope this is no exception.
D

After Susie Wolff set a time on her debut, her car suffered a mechanical problem. Later Massa spun out on the Stowe corner...

oh Ferrari what has happened, that is depressing, looked like it should have been a good weekend for Fernando after practice
D

Chilton has a +5 gearbox penalty though

I think we can start something new here
And then Hamilton went and cocked it up by doing something stupid like.... For every race weekend

I just lost a little respect for Hamilton today, you don't give up until the chequered flag!

I was working at Silverstone yesterday and was shocked at just how quiet the cars are.
GP2 cars are easily 3-4 times louder now!
Even the Porsches are a lot louder.

Can't wait for the race. Looking forward to it. I fancy Perez as an outsider for the podium, maybe not the win. Starting 7th (or thereabouts?!) and more often than not can go much longer than everyone else. I also think Vettel will make his 'comeback' this weekend and will genuinely challenge Rosberg.
D

The race should be very exciting.

Wow so much contact on that first lap, and Raikkonen and Massa are having terrible seasons.

Yeah, I thought for sure they would crash right into Räikkönen :O

Lol! Taping Chiltons car back together.

Bianchi is in 10th and Alonso up to 13th