Im doing a countdown on my Tottenham forum which started a few days ago, I will put it here everyday just here it will be a bit behind.

Looking at all the teams.. so I'll start with Group A.... Brazil

The key players
Striker Neymar is already being hailed as a man capable of playing a key role for the five-time world champions come Brazil 2014. Currently among the supporting cast in attack is the youngster’s former Santos team-mate Robinho, while Barcelona’s Dani Alves is a lung-bursting presence on the flank. Between the sticks, veteran goalkeeper Julio Cesar exudes confidence and security to the rest of the backline.

The key players Experienced captain Darijo Srna is a born leader, and playmakers Luka Modric and Niko Kranjcar can always be relied upon for moments of inspiration. Kovac presides over a wealth of international-class attacking talent including Eduardo, Ivica Olic, Nikita Jelavic and Mario Mandzukic.

There best finish in a world cup was in the 1998 world cup which they came third.

As said they kick off against Brazil

Staff
Premium
I fear the upcoming world cup Netherlands has made a last minute change to the system.

For years we have played attractive football with wingers but this tournament we will be playing a 5-3-2 tactic to strengthen our very weak defense. Instead of six attacking players the creativity now has to come from only three players (Van Persie, Sneijder and Robben).

I have my doubts but if there is any coach that can make his players actually better in this very short preparation time its Van Gaal so lets see what this summer brings us.

The expectations are of course high after reaching the finals in 2010 but we will be having a hard time to survive the first group where we will meet Spain in the first match (damn you ).
H

We're gonna WIN it this time!!!

Premium
I'm rooting for my country, but, I feel they won't make it far.

God what an awful sound that was Bring on the samba-samba!

The key players -After an agonising qualifying competition full of setbacks, coaching changes and tactical reshuffles, predicting how the Mexicans will fare at Brazil 2014 is no easy task.

While El Tri can count on a band of high-profile overseas-based players, spearheaded by Javier Chicharito Hernandez, Andres Guardado and Giovani dos Santos, the last few months have shown that the latest wave of young players also have much to offer, chief among them their London 2012 hero Oribe Peralta, Raul Jimenez and Carlos Pena. Now that they have safely secured their ticket to Brazil, the Mexicans have time to find some stability and build for the future.

North Korea aren't in this one? Crap..
M

nice thread, I'm from León and we're glad to have some players in the national team, also this is our logo not that thing

Manuel De Samaniego said:
nice thread, I'm from León and we're glad to have some players in the national team, also this is our logo not that thing

The key players
Samuel Eto'o remains the world-class threat up front, although the charismatic figure, who still serves as captain, has gone in and out of the team. But even without the Chelsea veteran, the side if loaded with experience and high-level talent. Nicolas N'Koulou, Benoit Assou-Ekotto and Aurelien Chedjou remain vital at the back, while the midfield is even more loaded with Alex Song, Jean Makoun and Stephane Mbia at the heart of the team.

Though there is no doubt that Spain’s embarrassment of midfield riches, featuring the likes of Xavi, Andres Iniesta and Xabi Alonso, has been integral to their major trophy triumphs, La Selección are strong across the board.

The men in red have a phalanx of very reliable keepers to call on, headed by Iker Casillas, while Sergio Ramos and Gerard Pique have consolidated their positions as the leaders of a defence in which left-back Jordi Alba has gone from strength to strength. Ramos and Alba are also a threat in the opposing box, and in recent times have made goalscoring contributions that have been almost as decisive as those of the front men.

With both David Villa and Fernando Torres struggling to find their touch, Pedro has distinguished himself as an attacking spearhead, ably supported by Cesc Fabregas, while Alvaro Negredo has begun to stake a compelling claim of his own for the striking role.

They Kick off with Holland/Netherlands

20 Days to go.. Up Next Next up Holland/Netherlands 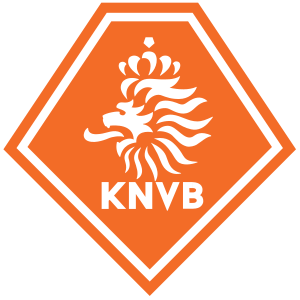 The key players
Robin van Persie's blossoming into one of the finest strikers in the world has been a huge boon to the Dutch, with the Manchester United marksman topping the goal-scoring charts with 11 goals. He was able assisted in that department though by the likes of Jermaine Lens - who has progressed into a key part of the Oranje outfit - and Rafael van der Vaart. Arjen Robben continues to be a menace on the wing, while formerly promising youngsters such as Kevin Strootman and Daryl Janmaat are now key components of the side.

Kick off against Spain

The key players
Forwards Alexis Sanchez and Eduardo Vargas, as well as attacking midfielders Matias Fernandez and Arturo Vidal, are the leading men in a squad packed with talent and boasting viable alternatives in each position. Nor must we forget experienced performers such as Claudio Bravo, Gary Medel and Jorge Valdivia, or exciting rising stars like Jean Beausejour and Marcelo Diaz.

You have the squad twice in Chile, still great work!

You should also include the phrases on the buses. Chile's is ¡CHI, CHI, CHI, LE, LE, LE! ¡VIVA CHILE!

The key players
Tim Cahill remains the team’s undoubted star and talisman with a stunning goal ratio from midfield and equally remarkable heading ability despite his modest stature. Jedinak can been useful, he has been solid at Crystal Palace this season.

They kick off with Chile

There will be a number of updates throughout the day to catch up the countdown on my other forum I started this on.

The key players
With his sparkling form at Monaco, the prolific Falcao is now generally regarded as Colombia’s main attacking threat. The 25-year-old predator came to prominence at River Plate, first in the youth team and then with the senior side, before moving to Europe in 2009 where he won two Leagues, two Cups, three Super Cups and the UEFA Europa League with Porto, and then added another UEFA Europa League and European Super Cup with Atletico Madrid. As well as Falcao, the Colombians can also count on the experience of defensive duo Mario Yepes and Luis Perea at the back, as well as the creativity of attacking midfielder James Rodriguez and the goalscoring instinct of Teo Gutierrez, a lethal partner for Falcao up front.

Key Players
Captain and seasoned midfield general Giorgos Karagounis remains the dominant figure in the Greek line-up but forwards Dimitrios Salpingidis and Mitroglou will certainly have a part to play and provide Santos with a variety of attacking options. He can also call on the experience of the likes of Theofanis Gekas and Giorgos Samaras, which will be key when the tournament begins. Incidentally, though, despite their array of attacking talent, it was Greece’s defence that stole the show in qualifying, laying the foundation for success by conceding just four times in ten matches.