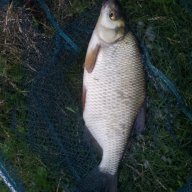 I say no in F1 the car is more important than the driver thats why you don`t see "top" drivers in Super Aguri etc. it is more a test of engineering than race skill.

I would take him to win anything where the playing field was more level and talent is the decidiing factor. 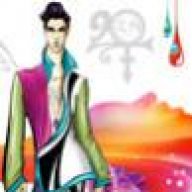 Should he join? Yes! But only because he is a character and will liven up the pitlane. Do I think he would cope? No! F1 is much more of a test than others understand. The unique characteristics of the cars and technology have undermined the latent talent of many a motorsporting hero in the past (just ask Andretti Jr.). 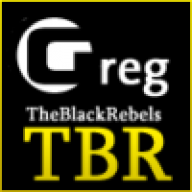 Valentino pls... later on 4 wheels... its to boring for you... stay with two wheels darling... 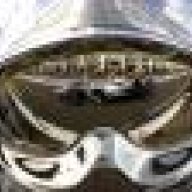 Rossi is absolutely incredible! To put him in the car would make the engineers life so much more better. Thus raising the bar and setting new standards. He has such a great feel for his surroundings, his equipment, consistency, perfect suspension feed back and understanding.

The doctor is and would be my very first choice to put beside Alonso at Ferrari. Between the two of them Ferrari would runaway with F1 no question in my mind in terms of total development and package. My corky little friend would be missed in MotoGP, but in F1, his personality, talent, and amazing feed back to the team and fans would be tremendous.

He would honestly in my opinion be the biggest revival and retention spectacle to formula 1 in the utmost positive manner in the history of the sport with grand stands being packed at every location! (even Turkey)... When Val talks, you cant help but smile and pay attention, no on has a bad thing to say about him ever. If they did I would be happy to pop them in there mouth.

Just to make a few thing really clear on his performance pace this week in the F2008. Which I think a lot of folks who are more, I can read it but will never understand it so they spout crap they really don’t get on the F1 pages that make me laugh. I don't mean to sound like a cock and hope I don’t come off that way but here's a few interesting bits to consider.

- This reward Valentino got from Ferrari was also an opportunity for Ferrari to tune fuel efficiency with shell. (engine freeze)

- The F2008's drag co-efficient and down force was adjusted to mimic the aero numbers as close as possible to the 281's data from
the wind tunnel.

- Ballast was also added to the F2008 to check and stress the breaks.

- Rain the first part of the tests, green track, track not able to rubber in or get "rubber'd" in by 20 cars,

- Low pressure weather system during the test compared to Kimi day he set the record on a readied track (rubber'd) with a much lighter car lighter ya-da ya-da DA, the list could actually continue further.

Those are all disadvantages, huge disadvantages. Absolutely no offence to Kimi, or Massa who got to follow after Valentino. What Rossi did in a car he really has no mileage in (comparatively), is no question, phenomenal!!! Believe me when I say, a lot of people and teams are scratching there heads with mouths wide open thinking holy $h!t.

This is the man who could be "multiple" world champion in the 2 most prestigious forms of motor sport, and is the only guy in the world that I would place real money on that statement.

The doctor would cure F1! His mind blowing performance in MotoGP would be missed, but I wouldn't mind one bit!
A

What he should do is test at another f1 track. Then we can see if he is good in f1 or just good in a f1 at Barcelona. plus two we gets some pretty hard hits in the motogp so probably for his health he sshuold go to f1.

There is a man called John Surtees ,he won 7 World Championships with MV Agusta from 1956-1960,because he has nothing to prove anymore he makes the switch to four wheels and became F1 World Champion in 1964 with Ferrari !

I think he should do it, becoming a F1 Champion ? who nows but colour up the field he will certainly do!

this is looking like the best poll you gyus ever made. Don't you guys think?

Its at least a controversial subject to discuss

I would love to see The Doctor in F1 for sure, but like others said before me already: i think he doesnt get the freedom in F1 as he gets in MotoGP (going to the dixie toilet after a win ) 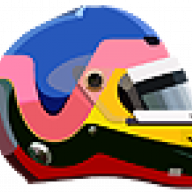 I would like to see him test on another track, Catalunya is a track that all the teams know better than any other, it's so simple to revert back to track data etc of previous years that it would be easy to tune the car to a specific manner.

Derek: Are you ware why GP2 Tyres were used, due to testing regulations, even a gooved tyre can give you signifcant feedback as to a full slicks perfomance.
But the performance of a GP2 is very similar to an F1 full slick tyre anyway, thats the whole point of GT2, get it as close to F1 a possible.
With regard to your other commets, if Ferrari were mimicking aero packages and weight ballast of their new car then that would constitute as testing and they wouldn't get away with it.
As impressive as the lap is i do feel that there are a number of contributing factors. I don't believe he would have been anywhere near that speed if, like Kimmi he had race fuel, having to manage your engine tyres and gearbox over a race weekend and lets not forget the actual pressure of being in a race, i know the drivers learn to deal with that but it still exsists.
Having said all that initially i voted no, but having thought about it abit, it probably would be a good thing for F1.

Aha! I´ve got you again!

The title should have been " Valentino Rossi joins Mikael Schumacher and Kimi Raikkonen at Citroen!"

Have a good week! 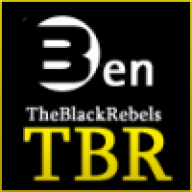 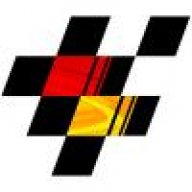 it's our new teammate

The guy which was rejected by Yves. ( Or Christopher i forgot )
A

you know when you think about it tires may of helped him during his run or it may of made it worse. Just antoher of a thousand mysteries around Rossi and f1. Wonder if he would get in a bad crash like the motogp (fly out of the car) and get his flying license.

Just include the link Omer
http://www.racedepartment.com/blogs/larry-king/29-larry-king-on-rd-news-episode-3.html

I just read on f1hirek.hu that rumors say Massa was 2,5 seconds faster than him on friday.


Valentino Rossi made the perfect start to his campaign for a 10th world title after he topped the timesheets on the opening day of 2010 winter testing at the Sepang circuit in Malaysia.
The 30-year-old Italian clocked a best time of 2.01.411 in cooler conditions this morning to dominate the opening day of track action in Malaysia.

Using Yamaha’s longer life factory YZR-M1 motor for the first time, Rossi declared himself relieved and happy as the Japanese factory had increased durability but not sacrificed any crucial performance.

He said: “Today was very important because this year we have just six days of testing in which to set the bike, so we can not waste any time.
"This first day was very positive, we tried the new bike for 2010, with a different chassis and a new engine, which can do more kilometres, and it is quite fast. Yamaha has worked very well over the winter.
"Now we need to spend time on setting some electronics and other things. This is only the start but it seems we're already in good shape."

Stoner’s best of 2.01.902 logged on his 12th of a 42-lap stint secured second from Edwards by 0.030s.
Monster Yamaha Tech 3 Yamaha rider Edwards was thrilled with his performance, declaring the new YZR-M1 motor ‘a massive improvement’ on the version he raced in 2009.
Edwards said the new motor had better bottom end power.

It was a frustrating opening day of 2010 for Lorenzo, who finished runner-up to Rossi in last year’s premier class championship.
He could only post a best time of 2.02.165 to finish a massive 0.754s away from in-form Rossi in fifth spot.
He said: “After such a long break I found it quite hard to find my rhythm on the bike today - motocross bikes are not the same as the new M1!
"It was quite a difficult start to the day but little by little I started to feel more comfortable and to improve my pace.
"This afternoon, when it was a bit warmer, I began to improve my times even more and get closer to the first rider, so in the end I was quite happy with our work.
"Yamaha have brought some good things for us; the bike is not completely different to the old one but the small details make it easier to ride and this is important.”

Dani Pedrosa was in a lowly eighth but not worried as he continued to adapt to Ohlins suspension on his factory Honda RC212V machine.
The Spaniard said: “This was a normal first day of testing for us. It’s been a long time since we last rode the bike and so it took some time to get used to the speed once again and work back into the rhythm - this is natural.
"We weren’t looking for lap times or high performance and we spent a lot of the day working on the Ohlins suspension because this is a major change for us this season compared to last.
"The feeling from my left wrist where I had a screw removed in December was good, so this is positive.
"Generally, I took it carefully today and we have plenty of places where we can make further improvements - starting tomorrow.”

Quickest Honda rider though was new father Andrea Dovizioso, who claimed the sixth best time of 2.02.630.
The Italian said: “his is a very important test and it’s good to be back on the bike after such a long winter break.
"This was a positive first day and I’m happy with the updated machine that Honda has brought here.
"We have a lot of work to do before we’re ready and many things that need to be tested, so today’s lap times are not indicative of our potential.
"The work that Honda has done on the electronics has made a big improvement, and also the feeling from the chassis is better.
"We’re concentrating on improving a pace that we can maintain throughout the race, and that’s what we’ll continue with tomorrow.
"There’s plenty still to test but this first session has been important to confirm we’re heading in the right direction.”

Big shocks on the first day were former world 250GP champion Marco Simoncelli languishing down in 15th place and over two seconds off Rossi’s pace.

And Gresini team-mate Marco Melandri was even slower on his Honda RC212V return, the Italian clocked a best time of 2.03.609 in his 66-laps to finish 0.046s behind Simoncelli.
Reigning world 250GP champion Hiroshi Aoyama ended in 17th and last place with a best lap of 2.03.651.