The Danish Touringcar Championship has launched a preliminary DTC 2009 calendar. As this year, eight races will be on the calendar, with one race expected to be held in Sweden. The main focus of the Danish promoter has been to make it possible for Danish teams to participate in the WTCC.

The tracks for 2009 are: FDM Jyllandsringen, Padborg Park and Sturup Raceway in Sweden. Once again it seems, that we will have to miss out on the dramatic Ring Djursland track, as the track is fighting ever stricter noise regulations.

It is expected that several DTC teams will race in various WTCC races. The only conflict between the DTC and WTCC calendar, is the race on Monza on the 4th of October.

After taking part in selected roundS of the 2008 FIA World Touring car Championship, Danish driver Kristian Poulsen will race the 2009 season with the Liqui Moly Team Engstler.
Poulsen is the first Dane to commit for a full WTCC season: “I have only been driving circuit racing for two years, so it will be an enormous challenge, which I am really looking forward to,” he commented.
After a long career in international rallying, Poulsen switched to circuit racing in the 2007 Danish Touring Car Championship and at the end of that year finished third in the FIA European Touring Car Cup at Adria.
In 2009 Poulsen will race alongside team-owner Franz Engstler, the runner up in the 2008 WTCC Independents' Trophy.

I knew Poulson was looking at doing a full year in 2009. I think that Poulson and Engstler are a good fit for each other in that it saves Poulson having to take get his own engineers and cars to each race, and it gives Engstler a reasonable second driver. 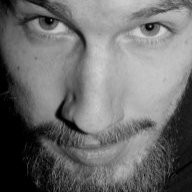 James Thompson is going to continue driving for Hartmann Honda Racing in the Danish Touring Car Championship 2009. The Brit made his debut in the Danish series last year.
"We are very happy with the co-operation with James, he is a part of our team now. It was natural for both parts to work towards a new contract for this season and it succeeded," said team manager Hans Hartmann.

There has been a lot of speculations on Thompson's whereabouts for 2009. He was left without a drive when the World Touring Car Championship team N-Technology retired after the 2008 season.

Thompson finished ninth in the DTC last year, having his best weekend at Sturup Raceway in Sweden where he won the first heat. The ambition for the team in 2009 is to improve.

"We hope to have a really nice setup to make 2009 the best year ever for Hartmann Honda Racing," said Hartmann.

The team is going to continue with the Honda Accord used last year, but with complete upgrades.

This is why I love Mr. Thompson....... as he can share his great ability with Honda and Ford...