“Nobody Wants Your Opinion” Threads and topics can get heated; here is how to cool them down.


As of late, it is becoming more and more difficult to voice an opinion without it being almost immediately rejected by the end receiver. Having a view about something is considered, today, a problematic affair. How to voice your intentions, your ideas, your thoughts about a subject, without offending someone else in the process? Many tend to cast themselves away into a vote of silence, others just do not care and speak their minds freely anyway, often making the problem worse. This issue is broadly diffused nowadays, and has spread to the simracing community too, which is a very dangerous thing.

I say that it is dangerous, because being able of sustaining a confrontation is one of the things that makes us human, and that makes us better. Simple example why, if I am a primitive man trying to cook his freshly caught salmon over by the fire, but I cannot make a fire, it is useful to me if another member of my tribe comes by and says, “Hey, you should maybe use tinder instead of trying to light directly the logs and branches”. I now can eat, which is good, and have way less problems starting a fire, which is great too. However, the way others and ourselves relate to the idea of confronting someone about something is very much important, and is the necessary start for a healthy discussion. Without some prerequisites, there cannot be any talk, so let us round up a few tips:

1. Be constructive: destroying is easier than building, everybody knows that, and sometimes we all feel the urge to rush out our feelings, resulting in a raw and unfiltered output. Don’t. Just wait, be mindful of what is happening, and think. The person in front of you has a different opinion (hint: which is the better racing sim), but that does not necessarily make him/her an enemy. Put your arguments on the table, and discuss away. Probably at the end of the discussion neither of you will have changed their minds, but surely one if not both might have learned something new. Not perforce about the topic at hand, but also about themselves. Be open about the possibility of discussing your thoughts, accepting criticism or diversity of opinion, and about trying something new based on others advice. Do not let your private life problems get in the way. Everybody has them, so be respectful.​

2. Be polite: just because, maybe, you know something better, it does not make you automatically a better person. Moreover, if you really do know something more, that means that the other person you are relating to is in a position of disadvantage. Therefore, use this to lift him/her up, not to claim your supposed superiority. If you know how to tackle a specific problem, or have the answer to another simracer’s issue, spend a little time to give assistance to him/her. If a modder used the wrong references, make it known by pointing him/her in the right direction. A community is such only when its members take care of one another, not looking for reasons to fight.


3. Be informed/informative: again, you may know better, but is that really so? Before jumping to conclusions and pulling the trigger, take some time to think. Is it something exactly as you remember it? Do you really know something or have you just read someone else’s opinion on the subject? Before talking, be sure that what are you going to say is true or agreeable and has a point, and that you have a strong source to back up your assertion. Whenever possible, share your sources, whether is a book, an article, a news piece, an interview or a video. It is important to share sources of knowledge with people. Whether they are actually going to use them or not is their own decision to make, but it is essential that you state them out clearly. Maybe someone else looking at any point in time for indications will happen by and be grateful you left them.


4. Be open-minded: it might just also happens that you can be drawn to wrong conclusions because of your wrong assumptions or notions about the subject. Do not assume to be in the right. Take into account people creativity or resourcefulness; this is often the case with modders, the most brilliant in particular. They get informed, they study, they look at things by all angles and perspectives and their way of solving an issue might be surprisingly ingenious. What could happen is that while you think that they are in mistake, they are already past the point they need any tip, so try to read everything before jumping right into the discussion.


5. Read, Read, Read! – This is the most important point of all: read! How many times we see posts giving an answer to something that was already answered a couple posts before, or to things that are not the issue at all or not the point of an article. We tend to skip through text, highlighting only what we believe are the most useful parts. Our mind can trick us! Do not trust it so much. Take your time to read everything through, in detail, maybe more than one time if it is necessary. Do not just rush it through; otherwise, you will end up wasting space and time by giving unnecessary advices and opinions, maybe even misleading other readers. Only if you have a clear picture of what is going on you can effectively respond to the matter at hand in a purposeful way.


Of course, do not be fooled in thinking that who is writing this article wants to assume the role of the teacher. I am part of the community, so everybody knows how many times I have been at fault too, and I might as well be again in the future as I may be in the present. Take these tips instead as the result of an ongoing learning process. You could be ahead of me, and not need any, but there might be the chance that someone is a bit behind instead and could make use of some. The point is that everyone should have the necessary tools to be a constructive and useful member of this great community we now have, to make it better and improve it further, and I believe anyone can agree on that. Do not pretend that others are wrong, and you are always right.

Enzo Ferrari once said, «We spend much more time pondering about the harm others can do to us, instead of thinking of the right we can do to them.»

So, these were my suggestions, what are yours? 'Trolling' and 'Trolls' haven't been mentioned in this article, because they don't deserve any. There is an obvious difference between trolling, which implies having no desire nor interest in being part of a community, and just not participating to discussions the right way.
So, don't be a troll yourself, and let them stay out of the topic

'Trolling' and 'Trolls' haven't been mentioned in this article, because they don't deserve any. There is an obvious difference between trolling, which implies having no desire nor interest in being part of a community, and just not participating to discussions the right way.
So, don't be a troll yourself, and let them stay out of the topic
Click to expand...

Ask and enquire in private before accusing in public, as once it is out in public, there is no going back
N

'Trolling' and 'Trolls' haven't been mentioned in this article, because they don't deserve any. There is an obvious difference between trolling, which implies having no desire nor interest in being part of a community, and just not participating to discussions the right way.
So, don't be a troll yourself, and let them stay out of the topic
Click to expand...

Is trolling that prevalent in these forums? I'm not so sure. I think this website is pretty decent. I think actually trolling is more of an issue when you get fanboys 'cliques' you may get in dedicated forums. Toxicity is quite neutral in here IMO.

I regularly put people on my ignore list temporarily when they are ‘claiming’ certain threads (e.g. Formula 1 threads are constantly overflooded by ‘Max hate’ and ‘Max love’ discussions) or rFactor 2 threads by complaining DLC’s are too expensive... over and over again, in each thread about the subject. That way I don’t get annoyed that much and are ‘triggered’ to response, and make it possibly even worse. It can make following these threads a but difficult sometimes though...

On some matters where it's just so heated I need a fan to cool me down, I'd just say "It is my opinion that I have no opinion"

Premium
"Having a view about something is considered, today, a problematic affair."
If that's the case, stick a fork in it, society's f****d.

And it's ok to have one, just don't stick it in other people's faces
S

shadow118 said:
And it's ok to have one, just don't stick it in other people's faces
Click to expand...

nothing wrong with a bit of opinion-play between consenting adults

I feel like politics could learn a few things here.

Premium
Windows simmers, we must be the most opinionated lot going

Do you hear shooters saying " Nah nah ...my game has bigger guns then yours.... ha ha " 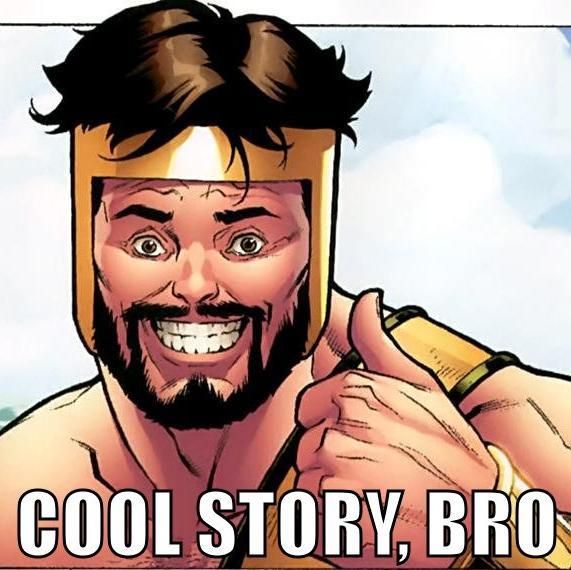