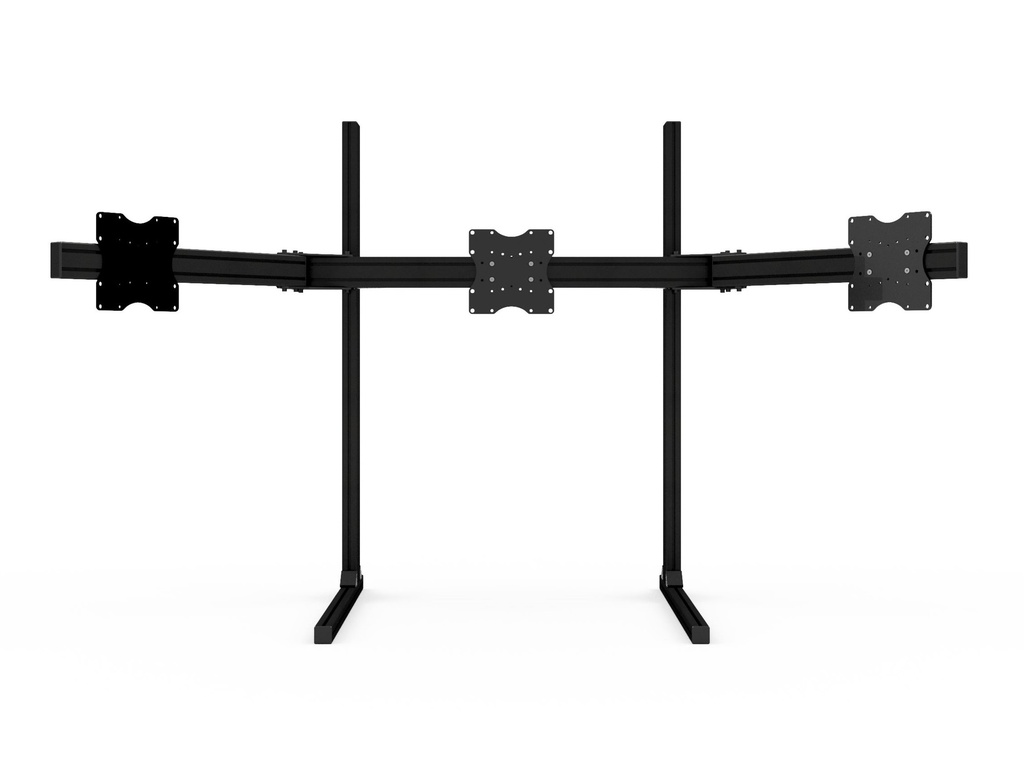 Overview Gallery Discussion
A triple monitor mounts free standing made from high-grade aluminium profiles. No flex! It’s adjustable in height and arms can swivel. The triple brackets attaching the arms to the base reach a critical stress point when loaded by 150 kg dead weight, just to indicate there is more than enough overhead.

The triple monitor mount comes as a building kit and can be easily assembled with basic tools. The VESA monitor mounts are fitted with slotted holes so final adjustments can be made to position the monitors in an optimum way.