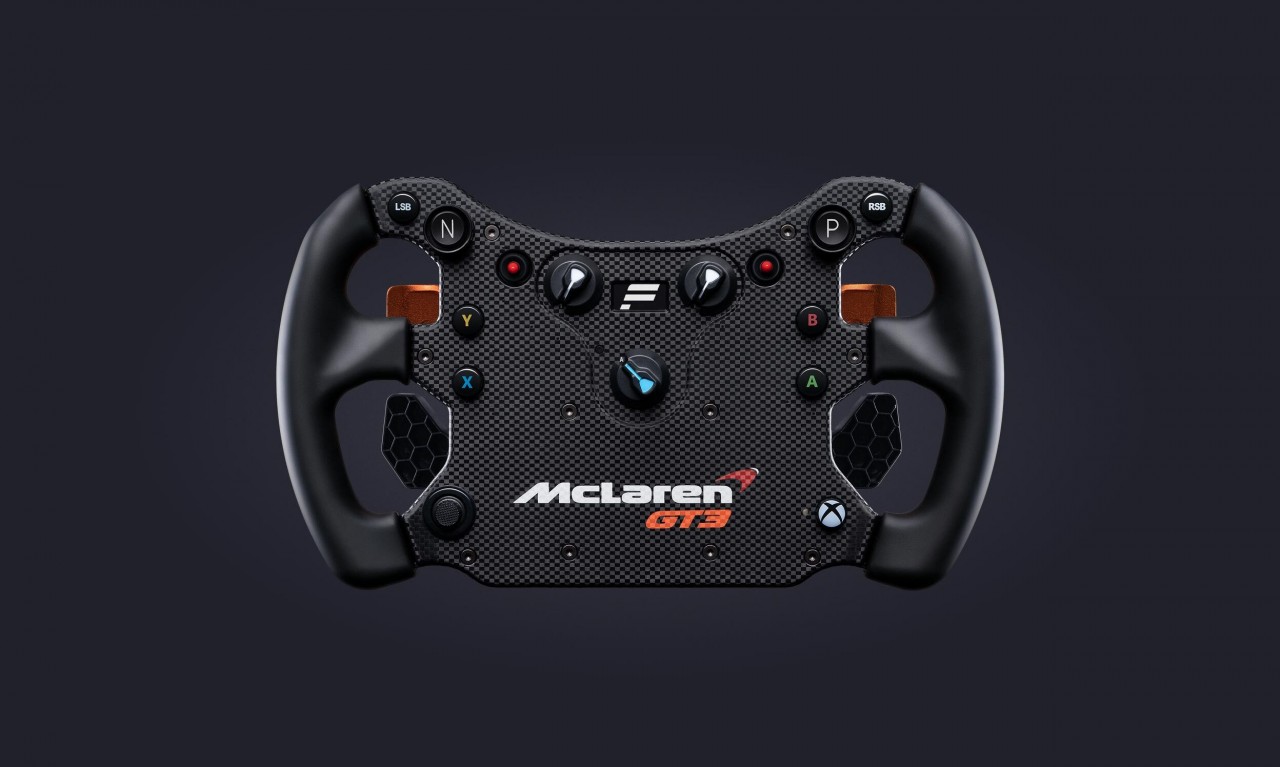 
If you would like to support RaceDepartment at no additional cost for you, please buy your product(s) via our links and we will earn a small commission from your purchase.

Officially licensed by McLaren Automotive Limited, this is a full-size, detailed reproduction of the steering wheel used in McLaren GT3 race cars. The overall shape, as well as the size of the switches, paddles, and dials is based on original McLaren CAD data.