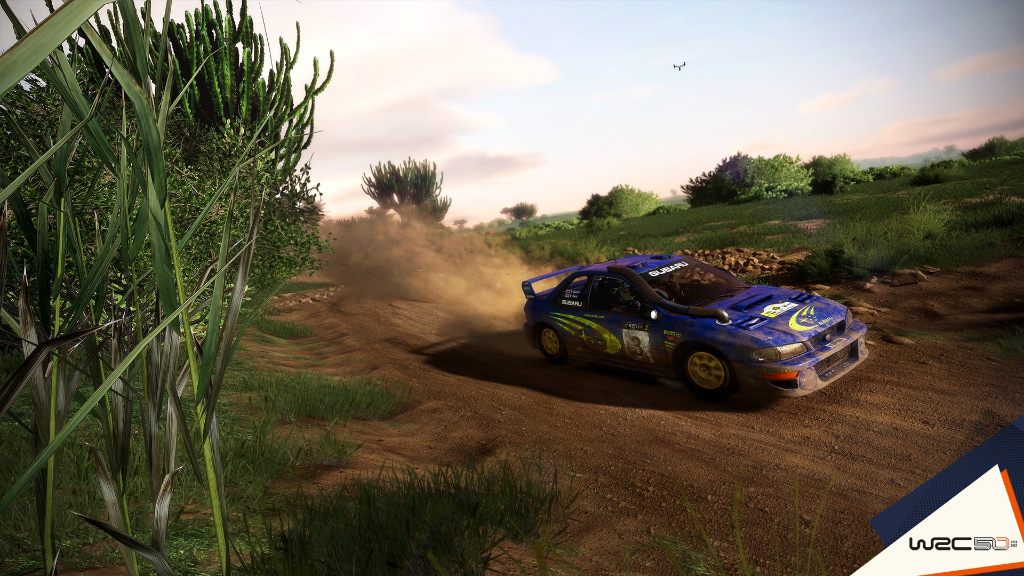 KT Racing has released the January update of WRC 10 for Steam and Xbox players, marking the final update of the title.

WRC 10 players on Xbox and Steam can now enjoy the January update of the title, which developer KT Racing notes as the final major update for the rally racing title.

The January update notably doesn't include any new content, but there are some significant updates to the game modes. The update is currently only released to PC and Xbox users, but PlayStation users are due to receive the update next week. The contents of the update vary by platform.

KT Racing's time with the WRC license is nearing its end, as Codemasters will be reassuming the development of the official World Rally Championship game starting in 2023.

Any update noted as final tends to bring forth feedback from the community on why certain issues weren't addressed, so be sure to let us know in the comments below what you wish was fixed before the team moved on to the next installment.

Xbox Series, Xbox One & PlayStation 4 Only

The final Big update for sure there will be some other smal fixes and Esport updates. But i think they gonna switch the focus on WRC 11 and the new cars.
Final Update???

Ok so i give up play the game ever with my wheel (t300rs)
I HAD TO GET REFUND ,THE GAME DIDN'T RECOGNISE T-80 WHEEL
Did they ever fix the stuttering on PC?

GT VIRUS said:
Did they ever fix the stuttering on PC?
Click to expand...

No celebrating in the streets as I have seen. A shame since the KT WRC games are fun when they work properly. I hope Codemasters get it right and that Kylotonn fixes their engine for future racing games.

GT VIRUS said:
Did they ever fix the stuttering on PC?
Click to expand...

I've been driving around in the game for a little while last week and I cannot see any of that anymore. I run 100hz Freesync with Vsync disabled. I do remember the older games having a weird frame pacing issue and I cannot remember if I experienced it in WRC 10. But on the test area at least, the game runs pretty smooth.
1. Monte Carlo, snow, tires - not fixed.
2. Dark in the cockpit - not fixed.
3. FPS - not fixed.
4. Challenge 34 - not fixed.

I really like WRC10, but really dislike these problems in the game.
I wonder what a KT Racing-made rally sim would look like if they weren't bound to an annual-release schedule, took their time, thoroughly fixed bugs and other issues, and just gave it a proper amount of love for once and delivered an actually completed product in the end. This "final update" is simply disgraceful; the game is not up to scratch yet, and what flashes of fun can be found inside this game are still so frequently marred by strange technical issues. Definitely my most disappointing racing game purchase of the past year.

Do bungee cord wheels make you shout because they are so terrible?
So frustrating reading the comments about serious remaining bugs above and seeing that the AI still isn't mentioned as an issue. At least the AI can be fixed by a mod (I think Stephen Bailey is working on something) but the other issues can't. I want this game to be amazing, it clearly has the potential, but I can't bring myself to pull the trigger. Given the bugs, KT just shouldn't be moving on to the next game yet... but putting myself in their shoes, I understand why they might have to, especially given the new regs incoming.

If only licenses like NASCAR and WRC (as well as the need for increased revenue from sales of brand new games) didn't require yearly games. Imagine how much better sims like the KT WRC series and NASCAR Ignition might have been without requirement to push out yearly games, regardless of whether or not they are half-baked or unpolished.

Off topic: This is why I hope for more devs doing unlicensed 'mock' cars like Automobilista and Raceroom: as long as we get to add community AI names and skins, we get the same experience, but the devs get increased freedom. Anyway, I digress.
more realistic sound

MJQT said:
At least the AI can be fixed by a mod (I think Stephen Bailey is working on something) but the other issues can't.
Click to expand...

Tentatively started but, if I'm honest, the lack of fixes in the last major update has me questioning if I want to even bother. I may do once I'm less annoyed with them not addressing major issues.

Stephen Bailey said:
Tentatively started but, if I'm honest, the lack of fixes in the last major update has me questioning if I want to even bother. I may do once I'm less annoyed with them not addressing major issues.
Click to expand...

Fair enough! By the way, I'm sorry, I didn't mean to speak for you or anything. Putting myself in your shoes, I can only imagine how frustrating this must be. Watching you on Twitch having fun with the game (when everything falls into place) is actually a fair amount of the reason why I've been kicking the tyres on this game, actually -- but it seems like every time it does something well, something else breaks and buggers the experience up, which must be especially annoying when you've invested as much time into the game as you have.
Last edited: Jan 7, 2022
All I’ll say is, where’s Dirt Rally 3.0?
is this the vacuum sound simulator?oh and its arcade great
Still no VR
They haven't even fixed minor mistakes like for EKO Acropolis Rally. In the loading screen, the hints and trivia it gives you are for Arctic Rally Finland. It's been like that since they added the rally into the game. Very reckless of them. Almost as if they don't have proper quality control. The way things panned out with this game is making me very sceptical about their final WRC game.
FINAL update ???!!! ... And this **** stutters as **** on any PC ...
This game is a shame, never buying a WRC game again !
How sad to read so many critical points ajout this game. In reviews it seemed to be a true competitor to dirt rally (better in some areas) and RBR. It's been on my radar since it went out. But reading all your comments makes me think about waiting for their final WRC game, hoping they'll put everything to make the best experience they can create.