When the Norisring Was Even Crazier Than Today 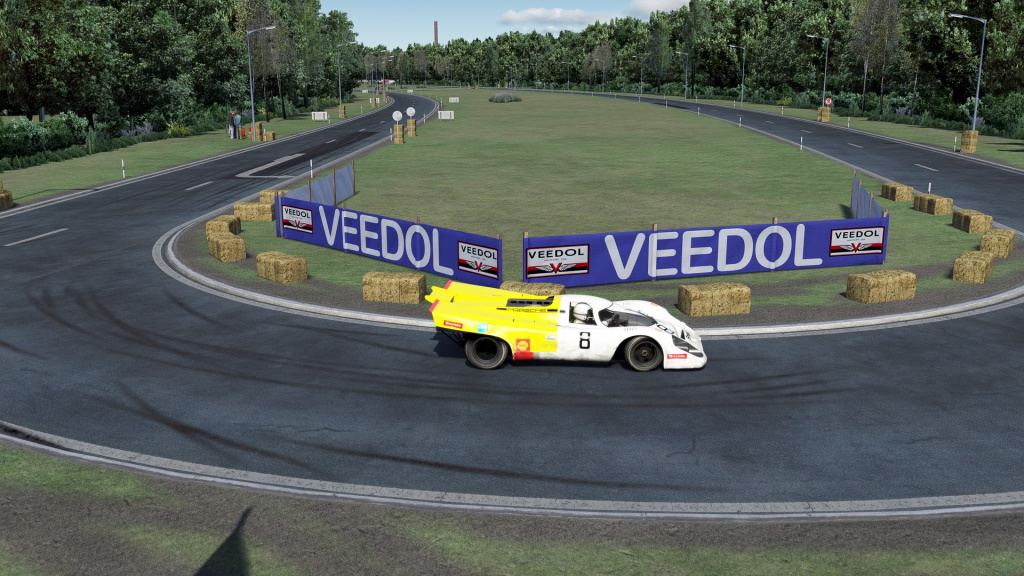 Every time DTM visits the Norisring like it does this weekend, the series is in for something special: Street circuits like the one around the Zeppelintribüne in Nuremberg used to be more prevalent in Germany until the 1990s, but today, the Norisring is the only one left. It is a bit crazy by today’s standards, but have you heard of the layout used until 1971?

The Norisring street circuit follows a relatively simple layout these days: Drivers head down the start/finish straight in front of the enormous grandstand, brake for Grundig-Kehre in a slight right turn, make their way to the left-right of Schöller-S around the grandstand and brake for Dutzendteich-Kehre in a slight right before navigation the final full-throttle left for the start of another lap.

While the 1949 to 1951 layout was all kinds of weird in its own right, using two underpasses and bypassing the Dutzendteich-Kehre, it was nothing compared to the version that was used from 1952 to 1957 and 1961 to 1971: Instead of turning left into today’s Grundig-Kehre, drivers would continue to go full-throttle down the slight right of Beuthener Strasse called the “hose” by race-goers of the time, until they reached the hairpin way further down the road than today and making their way back towards the chicane.

This would not be too dangerous in somewhat slower cars, but the late 1960s saw the introduction of high-powered sports cars like the Porsche 917 or the Ferrari 512 that would reach ludicrous top speeds at Le Mans – at the Norisring, these cars would do 300kp/h before braking for the hairpin! There was barely anything in place to separate the two curved straights before and after the hairpin either, so cars could potentially end up in oncoming traffic – or the trees and lamp posts lining the track. Video from the 1970 200 Meilen of Nürnberg suggests that there was at least a single armco barrier for part of the run to the hairpin.

All of this madness can be experienced in Assetto Corsa: Sergio Loro, creator of F3 Classic Tracks, has built the two vintage versions mentioned for the sim. Both are available for free, so I strongly recommend picking them up if you have not already – go and try to race a Porsche 917 around these narrow, fast streets to gain an appreciation for what the drivers of the day were doing! A modern version of the track can also be found for Assetto Corsa here at RaceDepartment.

Sadly, the inherent danger of the track led to the loss of Formula One and sportscar ace Pedro Rodriguez in an Interserie race: The Mexican crashed his Ferrari 512M under braking before the chicane, hitting a bridge wall. His car burst into flames, Rodriguez had no chance. The layout with the long “hose” has been abandoned since, with the Grundig-Kehre being moved to its current position as a result of the crash.
Reactions: Lesterpicket, RetroButton, Adyl and 14 others

That example feel like lets see how fast we can go and dare the car to break, very cool, and scary.
Finally, Chuck has is own ring.
This classic stuff is really where it's at for me. Combos like this have provided some of the most intense and close league races I've ever done. Balls out speed and always mere centimeters away from death.
These drivers were the most fearless (or crazy) in history
Norisring, fun to watch, boring to drive (@pc)
1971.......
Pedro Rodriguez
RIP 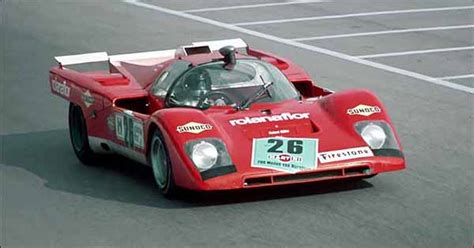 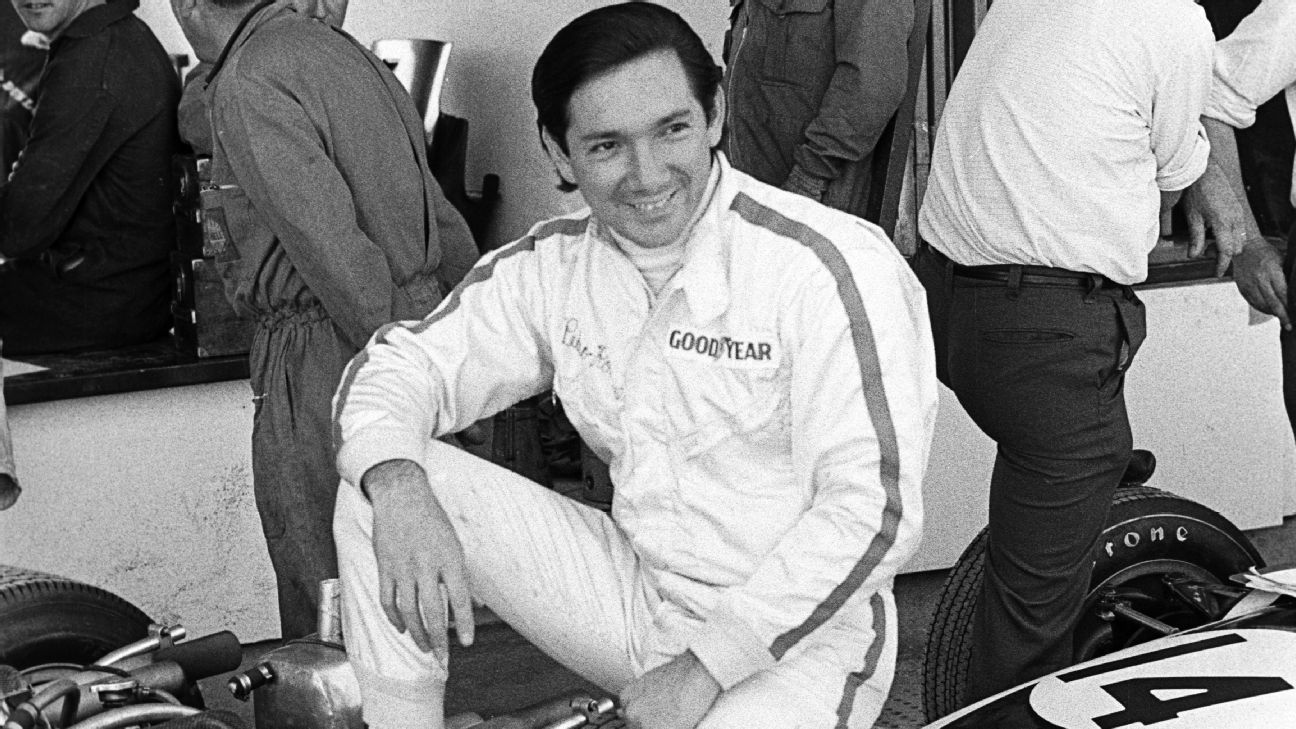 Even if it's not entirely contemporaneous, Sergio Loro has made some of the few tracks where the Pre-WWII cars "feel right" to drive on aesthetically, and his work is certainly worth checking out; including his older projects Elaintarhata and Ahvenisto here on RaceDepartment that aren't on his Sellfy storefront.

A real talent, gone much too soon.
where is the Lotus?
Incredible version of Norisring. Thanks so much.
glad to know you enjoy it , it was a great experience to discover the old Norisring and make it virtually alive
A true legend! R.I.P.
A true legend! R.I.P.
In terms of selection and sheer driving pleasure, Sergio Loro is the person who creates the greatest racing circuits for Assetto Corsa. These racing circuits are invaluable for those of us who only drive vintage cars. Those are my thoughts.
I'm a 100% convert to pre 1970 content thanks to an amazing bunch of Assetto Corsa modders and Sergio's tracks play a big part in that. When I found out he was doing Norisring, one of my favourite modern tracks, I discovered so much about its last that I never knew.

Same with a lot of his historic circuits or those by FatAlfie, Lilski and THR et al; they're more than fantastic fun and an unmatched level of immersion, they encourage me to learn more about the history of the sport itself. Thanks guys.

Neils on Wheels said:
where is the Lotus?
Click to expand...

Someguy1785 said:
It's by Legion. Typing "Assetto Corsa Lotus 40" into google should get you there.
Click to expand...

A rip of pcars probably then.

Neils on Wheels said:
A rip of pcars probably then.
Click to expand...

It is indeed. For original cars that work really well on this track, I can highly recommend the Lotus 25, Alfa GTA and Porsche 718. @Stereo's Porsche 912 is also an absolute hoot here.
When I first saw the "figure of 8" layout - a very unusual 8, mind you - I could only dream of driving there. Thankfully dreams sometimes come true!
Thank You for a classic!