Upcoming Racing Games and Updates We Should See in 2022 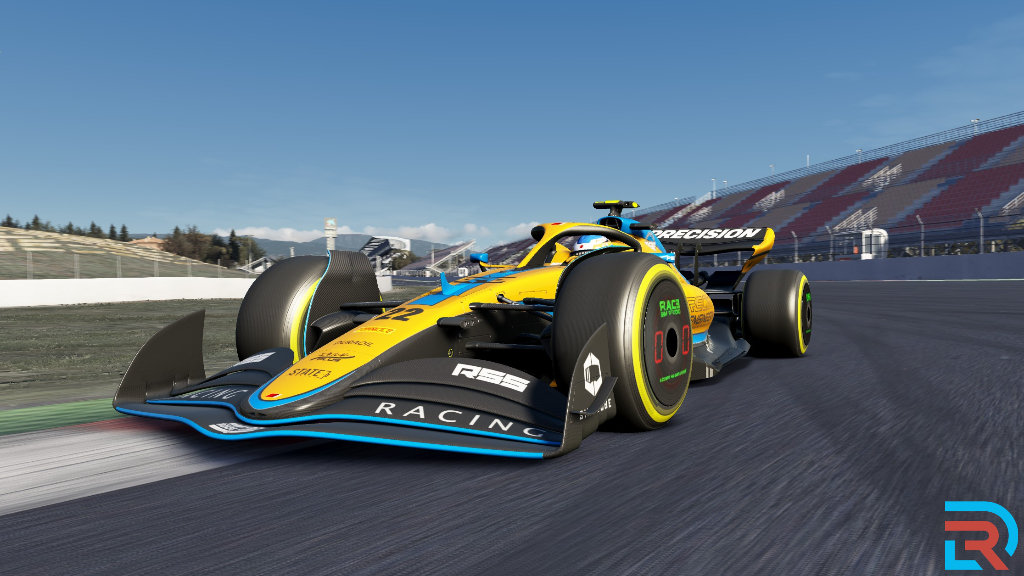 After several years of rapid growth, this should be another exciting year for the racing game and racing sim genres. Here are some things that should be released in 2022.

One of the things that benefitted from more people staying home for entertainment over the past two years is sim racing. Whereas a celebrity or real world racing driver posting a picture of their home sim rig in 2019 would have made news in our niche community, in 2020 and 2021 it has become almost expected. This surge in popularity is sure to continue into the next calendar year and bring with it some exciting new titles and content for all of us to enjoy. Here are some of the things we should see released next year.

1) Assetto Corsa Competizione Updates - Kunos' most recent major update to ACC brought a new car, improved performance, and some subtle news that more was to come. Their official launch video of the 1.8 update was tagged with a rapid-fire image showcase featuring American tracks and the newest edition of the Porsche Cup car. This is in addition to the Super Trofeo EVO2 that made a brief appearance to the public earlier this year. Lastly, let's not forget that ACC will be released to the PlayStation 5 and Xbox Series S/X quite soon. So 2022 should be a big year for this sim.

2) F1 2022 - Codemasters is surely hard at work getting things ready for the next installment of the F1 series. The past two seasons of Formula 1 have been significantly disrupted, and three tracks added to F1 2021 post-release showed Codies' efforts to try and keep up. 2022 will bring a substantial update to the car regulations in Formula 1, and hopefully we see those updated cars well represented in the official F1 game.

3) Automobilista 2 Updates - Reiza Studios has made a habit of releasing updates at least once per month since AMS2 was given to us, and that pattern should carry in next year. The third installment of the popular Racin' USA DLCs could drop in 2022, along with other new content and game improvements. The online rating system has been released already in beta form, but as the title gains more users that system will be refined and will hopefully make for some great racing in a title that shows massive potential for multiplayer competition.

4) Gran Turismo 7 - More details from the upcoming Gran Turismo title are being released each week, and it seems like it'll be a return to what made this series a favourite to many of us over the past decades. Whereas Gran Turismo Sport seems to have always been tailored to the online competitive racing realm, GT7 should include the car customization, game modes, and even some of the tracks that made GT famous.

5) Forza Motorsport 8 - 2021 was a massive year for the Forza franchise, with Horizon 5 posting incredible sales figures and garnering awards. Horizon's more serious circuit racing sister-franchise, Forza Motorsport, could seem its eighth installment released next year. Where it falls in terms of realism and an appeal to hardcore sim racing fans remains to be seen, but a likely scenario is that similar to the Gran Turismo series, Turn 10 will play to their strengths and release a title that falls in line with what millions of players have come to love about the franchise.

What are you expecting in the world of sim racing next year? Is there any new content on this list or otherwise that you'd really want to get your hands on in 2022? Let us know in the comments below.
Reactions: Alek, Ale2Passos, BlkJello and 12 others
About author

GRID Legends?
Also Dakar Desert Rally, Test Drive Unlimited and the BTCC game
"What are you expecting in the world of sim racing next year?"

Reading this prediction, I hope something really exiting appears at some point as rehash of arcade titles is of no interest to me and a few updates to some title is good, but again, more of the same.

I feel blessed that I have AC that I can keep enjoying with the constant updates and new content from the modding community on top of the ton of existing content, until something really new and exiting comes our way.

So 2022 looks good to me.
Last edited: Dec 28, 2021
AFAIC, Codemasters can shove any of their low quality, low realism arcade titles where the sun doesn't shine.
Great Reiza Studios

2) F1 2022 - Codemasters is surely hard at work getting things ready for the next installment of the F1 series.
Click to expand...

I don't think that the words "F1", "Codemasters", and "hard at work" have any business being in the same sentence.

Every year it's a copy and paste of last years, albeit with the new cars and liveries, and every year they somehow manage to reintroduce all of the exact bugs that were fixed in the previous version.
BTCC classics!!!!

Really don't understand people that rave about the btcc super tourers. Yeah they were cool at the time but even the drivers who have driven the newest cars say the newer cars cost a 10th of the price to build and develop and yet drive ten times better.

BTCC game I'm kind of looking forward to just hope Toca/btcc have the sense to can it if motorsport games don't perfect it before release.
Last edited: Dec 27, 2021
BTCC + WEC game coming from the same developers as NASCAR Ignition 21, correct?
Nice article RD. LFS just got official mod support. I don't know if that counts but at least it's exciting.
Maybe DiRT Rally 3? Otherwise Codemasters won't be doing a new one until the WRC license arrives
I will buy F1 2022 because of the car changes. Not because I believe it will support a mouse, VR, have better FFB, not have unfixed bugs, look more realistic, have better sound or any minor things like that.
In game AI engineer and crew chief with voice activation would be the greatest advance for me.

All of them are from Motorsport games so will also the Indycar game be. But im not sure if the same guys as in NASCAR Ignition will work on it because they might have to develop a new NASCAR game
Nothing new, just more of the same.
Awsome list of 2022 racing games!
Has there been any weird or cool update in the front of AC CSP or SOL or anything of the sorts? last i heard they were experimenting with AI on multiplayer.
Codemasters should focus on fixing the actual game’s bugs - I still have no FFB on my G29 and refunded the game. Another game that needs work in Nascar 21 ignition…
I am wondering what's the future for rfactor2, any news?
I personally love F1 2021. We will complete our first 20 round league season this week and it has been brilliant. The AI are best in class, the graphics are among the best, and the FFB tells you exactly what the car is doing. Don’t believe the haters.