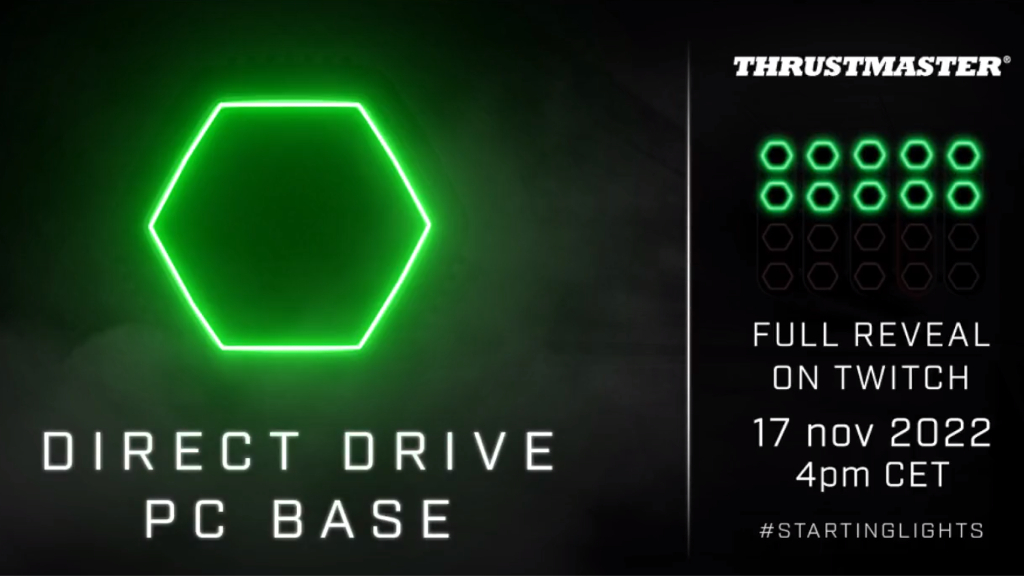 Thrustmaster's first direct drive wheelbase offering will be revealed on November 22nd via a Twitch livestream.

The wait to learn more about Thrustmaster's first direct driver system will continue for another two months. The racing and flight simulator hardware manufacturer has used a lengthy and guarded marketing strategy for this unveiling, and that trend continued with a recent tweet.


https://twitter.com/i/web/status/1571861856976781314
Fans hoping for specifications, pricing or even an image of the DD base will need to wait until November 22nd when Thrustmaster finally pulls the curtain back on their newest product.

Thrustmaster has enjoyed success with their T-series wheelbases, but have yet to make the jump from belt-driven bases to direct drive. Their DD base will need to compete in the burgeoning "budget DD" market. This space didn't exist three years ago, but offerings from companies like Fanatec, Moza Racing and Simagic have brought direct drive technology down to a more affordable level.

Of the few details we have so far relating to Thrustmaster's DD wheelbase is the fact that it is PC only. This is a surprising move for a company that was once the exclusive wheel partner for Gran Turismo Sport.

The late November reveal could mean that the product will be available for the 2022 holiday season if the units are ready to ship, but could also serve to disrupt holiday purchases for their competitors if the units are close to release.

Will you tune in to the stream? What are your expectations for Thrustmaster's DD wheelbase? Let us know in the comments below.
Reactions: alevaro78, M D Gourley, Perico Lospa and 3 others
About author

Once this and when then the Thrustmaster hits the shops I expect a couple hundred £££ in sales/promo will come tumbling off the Logitech at mainstream retailers. Logitech clearly don't see Fanatec nor Moza as a threat which suppport's my previous point that people are brand aware and tend to buy in to what they know.
Last edited: Sep 21, 2022
It's kind of nostalgic that Logitech's Pro DD wheel rim looks like it's based on their old Wingman Formula GP wheel... Now I'm sad I got rid of mine. 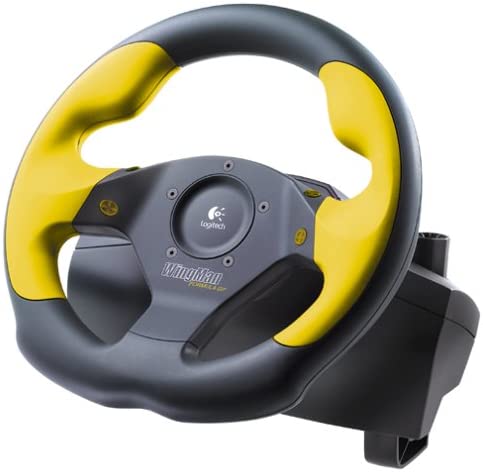 dwightyone said:
Once this and when then the Thrustmaster hits the shops I expect a couple hundred £££ in sales/promo will come tumbling off the Logitech at mainstream retailers. Logitech clearly don't see Fanatec nor Moza as a threat which suppport's my previous point that people are brand aware and tend to buy in to what they know.
Click to expand...

That goes for TM as well. The reason is that both TM and Logi have channels into bricks and mortar, plus large general online shops.

This means thaat you can buy a TM or Logi product from pretty much anywhere, whereas the current crop of DD wheels need to be purchased direct, or through a “boutique” reseller.

If it’s not a Logi or a TM wheel then it’s pretty much invisiible to the average Joe Public, hence Fanatec, Moza, Simucube, etc are not considered to be direct threats.
Last edited: Sep 21, 2022
Interesting video of the Logi wheel. Yes it's console compatible, but has NOTHING else to offer. No shifter, no other rims, no handbrake. And it's huge.
I think i will probably buy the Moza R9 just because its so tiny. Like that.
Omg, just seen the price...1000€? Wow, thats way to much.
Last edited: Sep 21, 2022 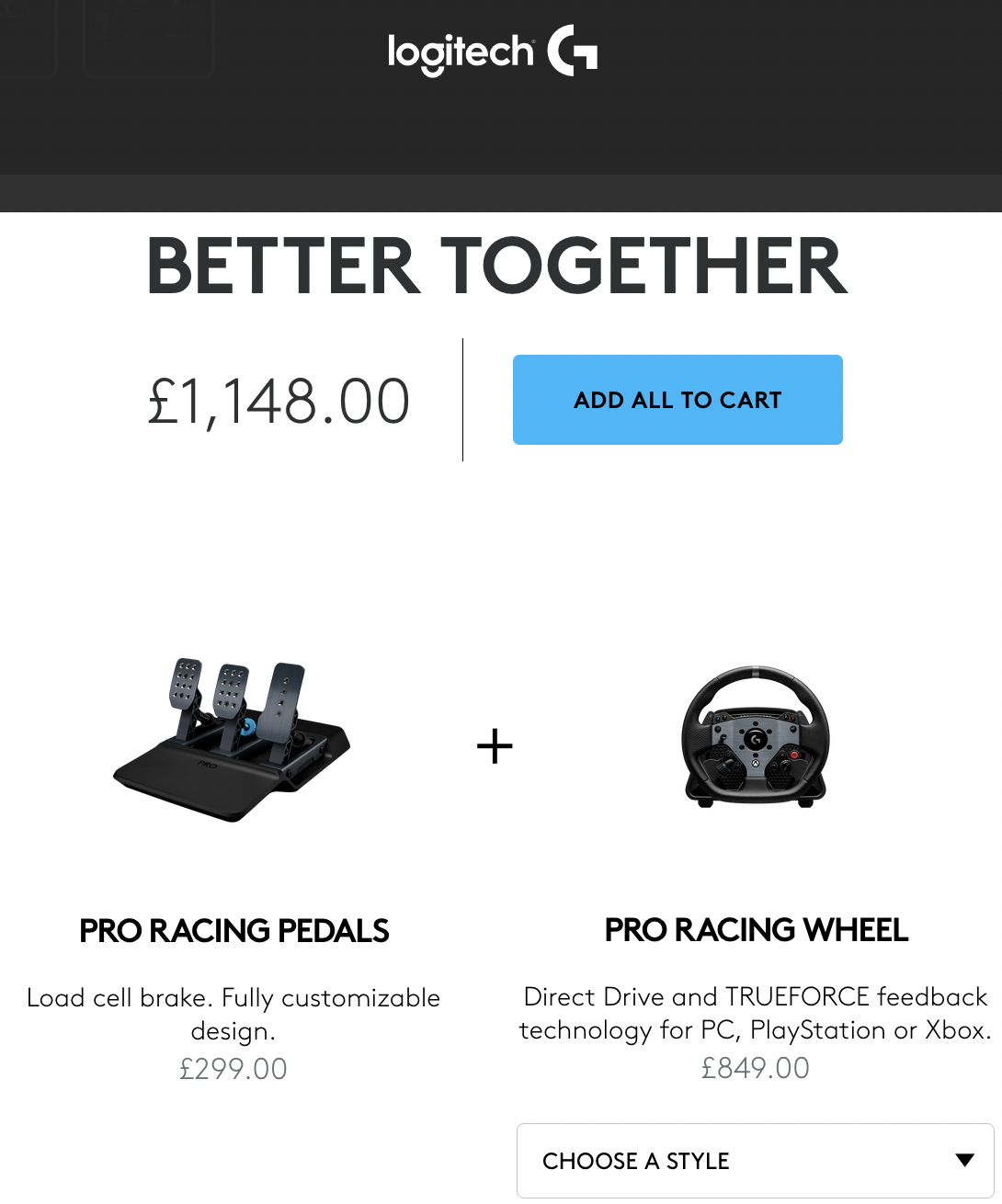 I guess until TM DD hits the market then it's an open goal for Logi - I expect prices to plummet once TM do as I suspect TM will be coming in cheaper than that
Last edited: Sep 21, 2022
It'd be nice if all DD from MOZA, Fanatec, Thrustmater and Logitech are available at special prices in November 25th.
Funny that Logitech.. overtakes the Thrustmaster hype train by showing their product first Sure the Thrustmaster hype train is a slow moving one..
TM really cornered themselves. Their life and death hinges on whether or not they can beat Logi's price, since we all know TM's DD wheel is definitely going to be similar quality which is probably plastic all over.

AND they'd have to cobble up a last minute deal with Sony, because the people deciding between a logi wheel and a TM wheel are going to want that console compatibility.
Last edited: Sep 21, 2022

The Thrustmaster hype train has about 250 cars all loaded with depleted uranium. At least, that's how it seems to move.

I'm holding off on any purchases until I see what they are going to offer. I'm almost certainly upgrading my wheel this Fall, it's just a question of with what.
This DD system should be cheaper than what Fanatec offers, their cheapest
CSL DD, if same price or higher they will barely sale it.

passenger said:
This DD system should be cheaper than what Fanatec offers, their cheapest
CSL DD, if same price or higher they will barely sale it.
Click to expand...

They need to be cheaper than the new logitech DD wheel which got announced that comes with a load cell pedal.
Or if you are TM you are laughing all the way to the bank with Logitech coming in the price they have!? Don't think so, as TM will now know on day one of launching their new product they're already in a price war as will Logitech. Interesting...
Logitech announced a DD wheel set? I didn't know about that, but that's
great news too... 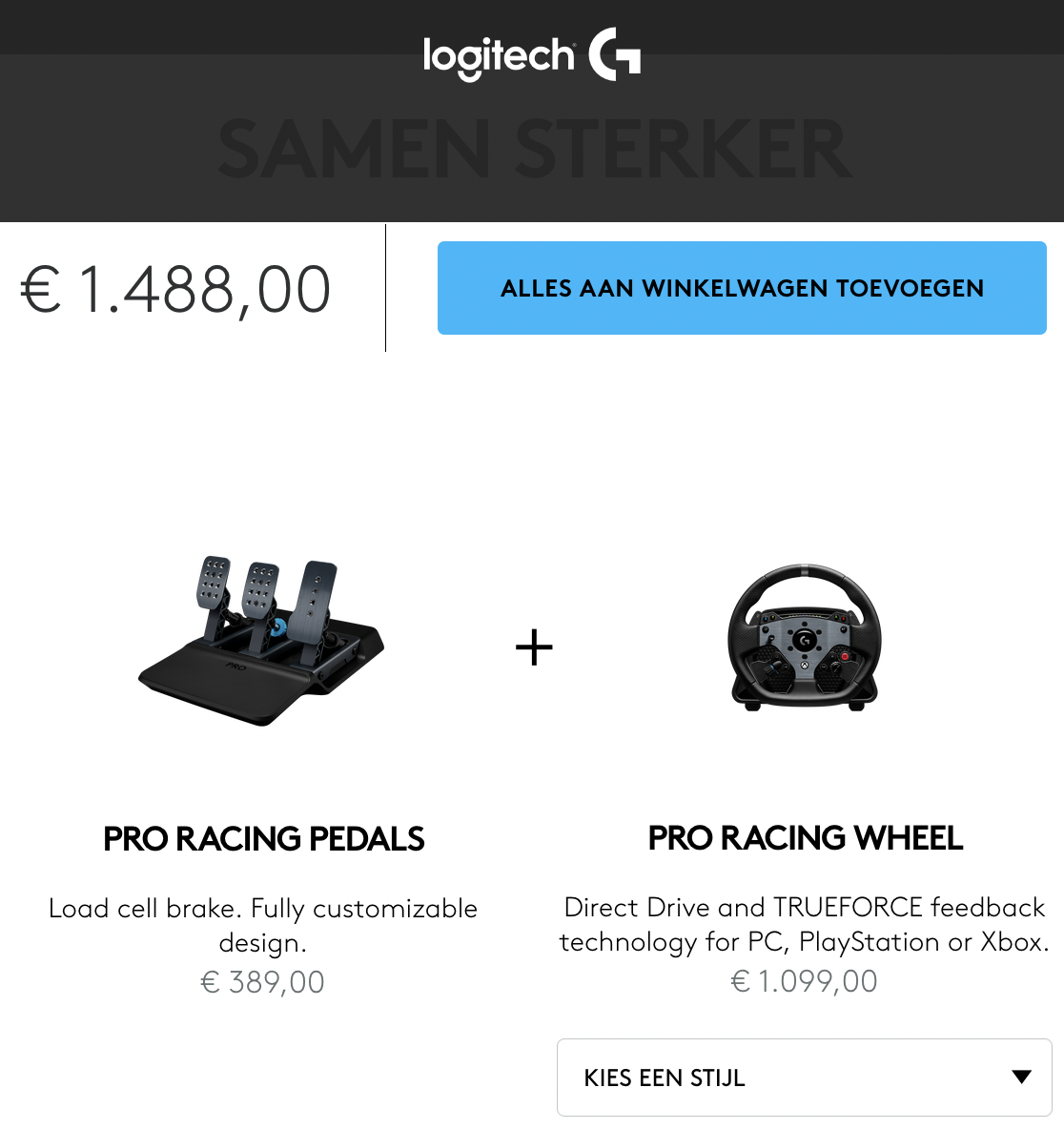 passenger said:
Logitech announced a DD wheel set? I didn't know about that, but that's
great news too...
Click to expand...

dwightyone said:
Once this and when then the Thrustmaster hits the shops I expect a couple hundred £££ in sales/promo will come tumbling off the Logitech at mainstream retailers. Logitech clearly don't see Fanatec nor Moza as a threat which suppport's my previous point that people are brand aware and tend to buy in to what they know.
Click to expand...

At the 1100€ price point the people inform themselves before they purchase, it is a not shabby amount of money as to just make an impulse purchase.

People is going to at least watch reviews or search in forums to make sure that they make their money worth. And then they are going to discover that the rims are lacking with respect to the competence, the base it is not that powerfull, and it is so huge that it is going to obtaculize the monitor viewing area.

Those pedals are not worth almost 400€, and for just the thereabouts of 200€ difference they will simply jump to a set of Heusinkveld sprints and then have a set of quality pedals that are going to last for the rest of their life.

Logitech seems very disconected with reality, with the simracing community and user needs. They should be trying to compete with moza because logitech has a huge strenght: it has the capability to manufacture wheelbases and pedal sets on masse. And when a manufacturer can put on the streets hundreds of thousands of wheels they can lower the production prices way lower than moza or even fanatec could ever dream.

Instead Logitech somehow seems to want to compete with fanatec but in a half arsed way, with a hardware not as fancy, not as feature packed, and not as well rounded as fanatec, and then they price in the thereabouts of fanatec's price point.

Unless they correct their price point that wheelbase and pedal set seem to have born dead. To be honest, this DD reaction from logitech is what I was FEARING from thrustmaster. Now that logitech has fallen so low this is going to enbolden thrustmaster to mess up even more.
Boosted Media already reviewed it... this is moving FAST!!