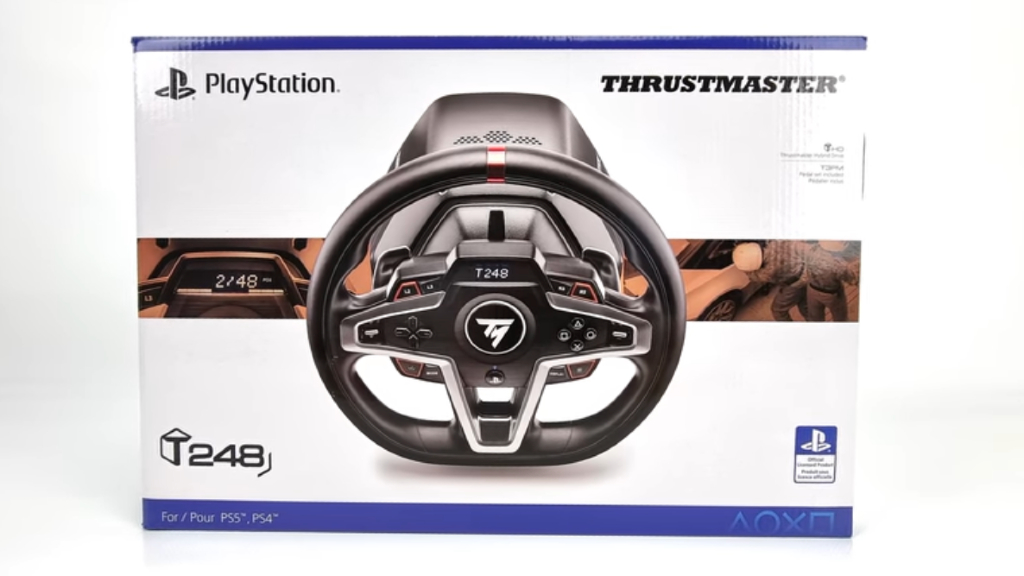 Shortly after sim hardware manufacturer Thrustmaster revealed their roadmap for unveiling new products through the remainder of 2021, a select few influencers have been releasing the first images and videos of the new T248 wheel and T3PM pedals.

The new T248 wheelbase is compatible with Playstation 4 and 5 consoles and PC. The product appears to fulfill the “Hybrid Drive” wheel teaser from Thrustmaster’s reveal roadmap earlier this week. Thrustmaster has defined their Hybrid Drive system as using both belts and gears to produce force feedback. The shift paddles are magnetic, and the wheelbase uses optical technology to sense the wheel’s position.

The T248 is equipped with a wide array of Playstation buttons, which are nicely integrated into the wheel design. There is also a small display above the centre of the wheel. Thrustmaster has also included a removable desk clamp with the T248.

While many in the sim racing community thought Thrustmaster would prioritize taking aim at Fanatec’s impressive and popular CSL DD, which offers consumers Direct Drive technology at €349, this wheel appears to be aimed more toward the extremely popular Logitech G29/G920/G923 market. The G923 is the latest Logitech wheel, and retails for closer to €300 including wheelbase, wheel and pedals. Pricing could not be confirmed at the time of this writing, but Thrustmaster's T248 could be expected to be competitive with Logitech's offering. 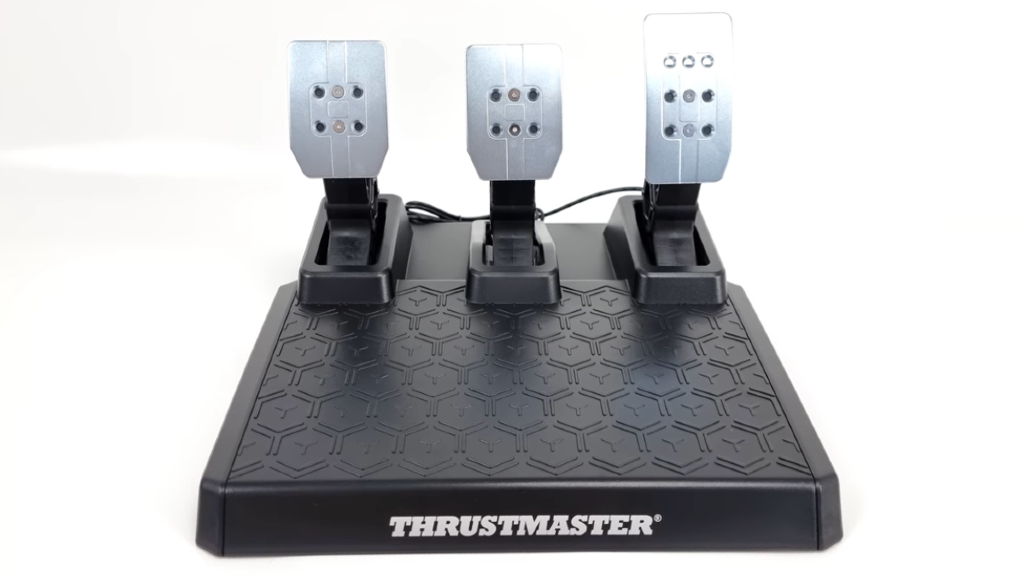 The T3PM pedals, like the T248 wheel, appear to target the low-to-mid tier budget sim racer. The aesthetic design is similar to the T-LCM load cell pedals. Most of the product is plastic, though the pedal faces are metal and wider than the Thrustmaster T3PA pedal set. There are four resistance levels offered for the brake, with the stiffest offering 200kg of resistance at its peak.

Pre-orders for the new batch of Thrustmaster products will be live at the end of this month. At this point the pricing and release dates haven’t been made available.

Let us know in the comments below if either the T248 wheel or the T3PM pedal set interest you.

Images courtesy of the K3BAB YouTube channel.
Reactions: SixxeGunnar, Dethrone1427, Twister80 and 2 others
About author

That rim looks like some futuristic design out of the 80's

It actually looks like the wheel of every road car released in the last 10 years: 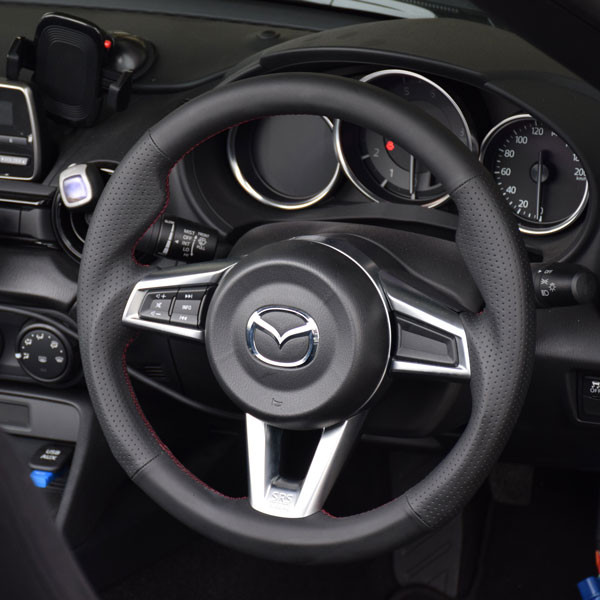 And it makes perfect sense that this wheels is aimed at the logitech G923 market. That's the market that shifts volume and actually matters financially.
Are you sure the highest spring is 200kg, and not just 20kg ? 200 seems stupid, especially with that plastic arm and bracket.
I'm gonna assume that's 200N, not 200kg.
The actual wheel looks, well, a bit cheap really, but that's to be expected given its price point.

I was actually more interested in the pedal set, but having seen it I don't think it's going to be as good as the T3PA with the brake mod, despite it appearing to be all hall effect sensors. Unfortunately it uses a spring on the brake and not a rubber stopper. I have the T-LCM pedals and quite frankly I've gone back to the T3PA - load cell is not all it's cracked up to be and the T-LCM pedals are so spongy, even with the hardest springs, I almost want to bleed the brake system of any virtual car I'm driving.
I hope they will do fine - Thrust Master company, but Fanatec kicked their ass a lot, and who is going from g29 or t300, I had t300 and went to v2.5 man it was day and night , no it was like from Earth to Mars difference! Not kidding, ffb and strength and now this csl DD Fanatec released, nobody cares about theustmaster, guys do not best wishes
Even Heusinkveld Ultimate has only 140kg brake force (with 200kg load cell). Very optimistic of TM.
The steering wheel looks really old fashioned and ugly imo
200kg of resistance? Seems high, can someone what the CSL elite pedals have (normal brake pedal&loadcell)?
If thats the best design they can come up with in 2021,they going to need all the help they can get..
For everyone wondering: having a 200kg load cell doesn't mean the hardware will use them all.
It's like having a 300kmh speedo on a car that can't even pass 120 while going downhill.
When I sim race, I like the idea that I'm driving an actual real race car. The wheel is part of that immersion, so not sure if it's just me and my very sheltered life, but this looks absolutely nothing like any real racing steering wheel I've ever seen. It just looks a little toy-like to me. Just my opinion and all.

lol exactly my various first impression, what is this is a vintage Crown Victoria?
Still no rotary encoders. Frustrating.

I have a TM TS-XW and it provides a good and strong force-feedback but the lack of buttons, rotary controllers, the ministick and the quality of materials itself are nothing less than ugly.

The buttons are certainly worse than 0,10$ ones you find in any electronics supplier shop and also worse than Logitech's 1/3 of price. Cheap plastic everywhere. C'mon.
Last edited: Aug 26, 2021
This is aimed squarely at Mum and Dads to buy for their kids at Xmas, it’s a shiny toy that’s got some lights, TM will make money no doubt as it’s made of cheap lightweight materials and is plug and play for all the kids playing Forza and GT on their console.
this is also why TM have bypassed your better known YouTube sim racers it seems, because it’s not aimed at sim racers, and will only be critiqued . There’s little functionality in its design for more serious users, the buttons aren’t very user friendly and the way the cables are hidden and you have to remove it just to check a cable is secure is pretty useless.
but your kids will love it ..

Kuku Maddog said:
This is aimed squarely at Mum and Dads to buy for their kids at Xmas, it’s a shiny toy that’s got some lights, TM will make money no doubt as it’s made of cheap lightweight materials and is plug and play for all the kids playing Forza and GT on their console.
this is also why TM have bypassed your better known YouTube sim racers it seems, because it’s not aimed at sim racers, and will only be critiqued . There’s little functionality in its design for more serious users, the buttons aren’t very user friendly and the way the cables are hidden and you have to remove it just to check a cable is secure is pretty useless.
but your kids will love it ..
Click to expand...

You do realize not everyone can afford Fanatec right? This just seems like an arrogant take
T3PM looks as weak as the T3PA, on which I broke 2 springs in 1 year 1/2. So 200kg resistance? Give me the same **** TM takes, I gonna be high AF.
The first time I saw it I thought it looked a lot like a HORI wheel (not the Mario Kart version though):

And according to this preview / review, the entire set will cost €350:

Definitely going for Logitech's neck of the woods, but not really at an 'entry-wheel' price.
Does it come with an H-shifter?
Last edited: Aug 26, 2021
Nice