Article Gallery
There are over 1,000 track downloads for Assetto Corsa hosted on RaceDepartment, but only three have crossed 200,000 downloads.

RaceDepartment is host to an incredible number of mods and downloads, 17,000 of which are for Assetto Corsa. Of those, there are over 1,000 free downloads available in the tracks section. Three of these have been downloaded over 200,000 times. 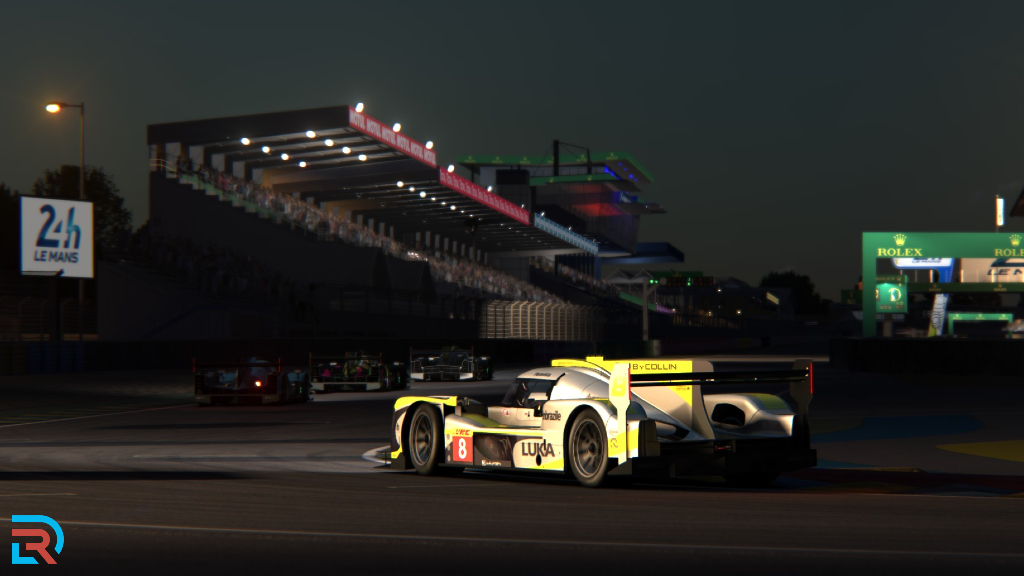 Le Mans, known also as Circuit de la Sarthe, is host to one of the most famous and grueling races in the world. The Le Mans 24H race tests multiple classes of cars over more than 300 laps of the 13.6 kilometer circuit in France.

The 2017 Le Mans mod for Assetto Corsa was originally posted in 2014 by Tiago Lima, but more recent versions were done by jim lloyd and Terra21. There are four layouts included: a night and a day version of both the standard 2017 layout and a second layout with no chicanes on the Mulsanne straight. All versions are extremely well done, and this is a must have track for Assetto Corsa. 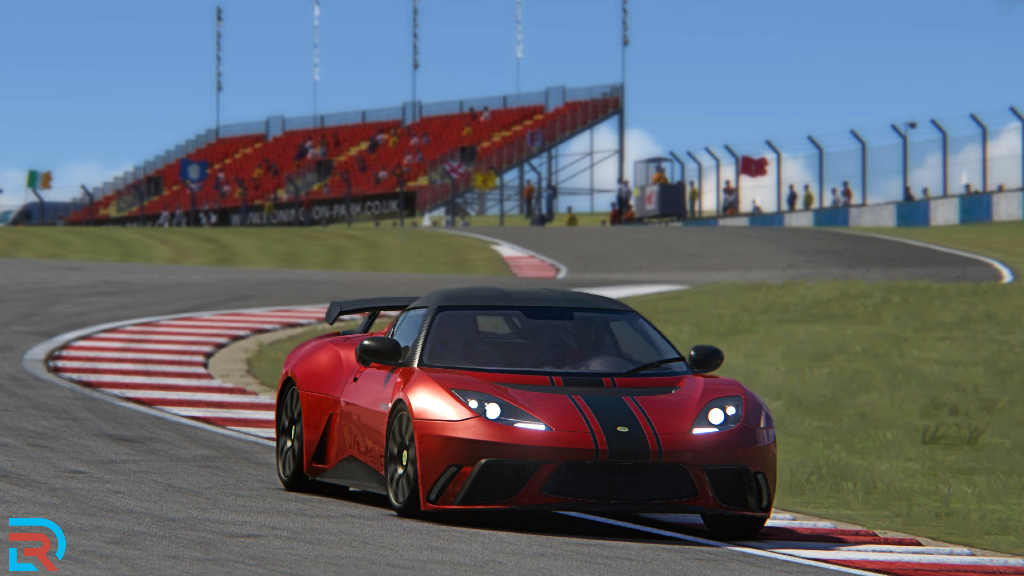 Donington Park is among the most popular and well-loved racing circuits in Great Britain. The famous first sector begins with a sharp right-hander, which then leads to a series of fast, downhill corners that rewards smooth lines. There are plenty of opportunities for overtaking here thanks to many high-speed straightaways ending in slow chicanes or hairpin turns.

Brun’s version of Donington Park for Assetto Corsa includes both the standard and the National layouts. The latter caters nicely to lower horsepower cars and allows for awesome wheel-to-wheel racing on a shorter track. The former is the version most of us know, and this mod version stacks up nicely even against its counterparts in ACC and Automobilista 2. 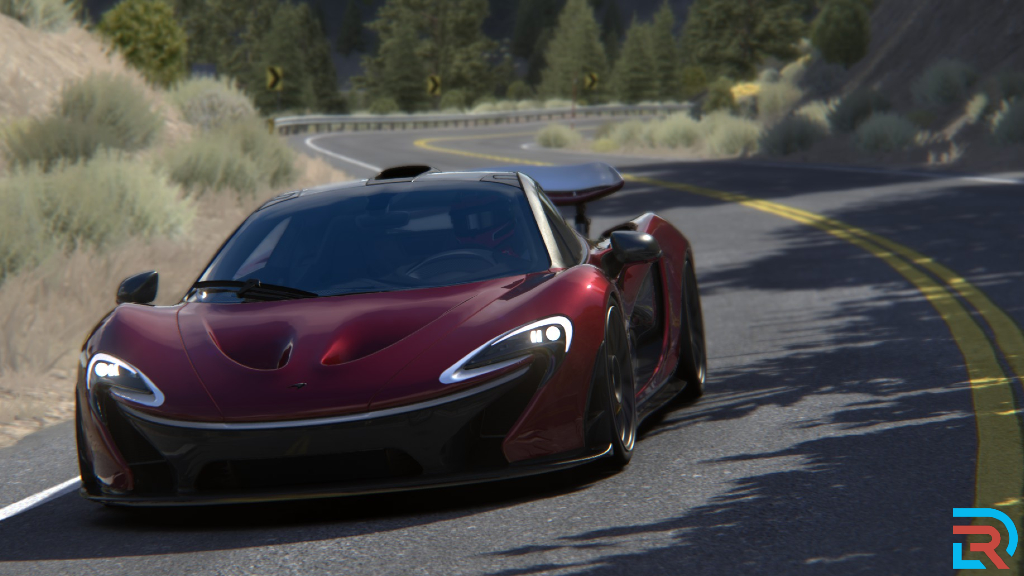 Among the more common searches relating to Assetto Corsa is “free roam”. And LA Canyons seems the perfect way to satisfy that need in this sim. The track is based on a highway in California, and the free version found here at RaceDepartment includes 42 kilometers of this road, allowing players to either race the long course for time or just enjoy a cruise.

Phoenix77 spent years creating this track, and the consistent quality of the trackside hills and flora is astounding, plus there are countless hidden gems to discover here. Exploring this sprawling and immersive track in your favourite car is a great way to spend a casual afternoon sim racing.
Reactions: luckydube44, SAVAGE DOGG, Crilin and 34 others
About author

Sorry but that le-mans mesh/elevation data is INCREDIBLY wrong. The best would be SX version and even that cannot come close to lidar.
And the 500 000 downloads mod club goes to my friend @AndreasFSC for Race07 :

To come back to the thread title, my preferred track is LA Canyons which is purely amazing : congrats to @Phoenix77 for his outstanding work

I like @Fat-Alfie tracks too with top notch work

NB: I had a discussion with Dave Stephenson last year as I noticed a strange behavior in the way the number of downloads were counted here at RD and you must know that, contrary to most other websites where 1 download = 1 click (you type twice then 2 downloads will be registered), here at RD 1 download = 1 user download (you can type 10 times on download button, counter will not be growing anymore after you click once).
Last edited: Aug 8, 2021
Going to second the love for Donington Park, I just have a soft spot for winding downhill sections

Lower down in the 100,000 club, I highly recommend Tsukuba, Tor Poznań, and the extremely well-done Bridgehampton
Assetto Corsa works so great for free roam because the cars drive so sensibly at sub-limit speeds and forces. And, no, I don't believe you can say that for every sim.
LM is a really bad rendition of the track, to be entirely honest.
Have to admit, I was quite surprised not to see at least one of Fat-Alfie's tracks in that lineup.
That guy is a freakin' genius.
I don't even bother reading reviews before hitting the download button on his work.
I always know when the name Fat-Alfie is tied to a track, it will be exceptional.
LA Canyons does nothing for me. I've never been to Los Angeles and it puts me off ever going there, that and the rampant homelessness and drug abuse.
Last edited: Aug 7, 2021
If you want quality, never look at the most popular.
Possibly the lowest of low effort write-ups I've ever seen on RD

daveclifton said:
LA Canyons does nothing for me. I've never been to Los Angeles and it puts me off ever going there, that and the rampant homelessness and drug abuse.
Click to expand...

... I'd agree lol, the first two are probably just the highest also because they have been around for so long, including a time when people used download managers which messed up the counter a lot.

Also what's the deal with pointing out mods that are already popular?
There's an old Skoda RS floating around these parts by TMM.
Trashing that thing around Bremgarten has to be some of the most legal fun ever.
I actually discovered I was forgetting to breathe normally a few weeks ago while turning some laps.
It was that intense.
Every Fat-Alfie's track is like Spa... in terms of the fact, you always feel like you are going somewhere.
Every lap is different.

Terry Rock said:
Have to admit, I was quite surprised not to see at least one of Fat-Alfie's tracks in that lineup.
That guy is a freakin' genius.
I don't even bother reading reviews before hitting the download button on his work.
I always know when the name Fat-Alfie is tied to a track, it will be exceptional.
Click to expand...

Or @LilSki
I'd also say that Fat Alfie's tracks should be up there as well. They are all well done, every single one. Bremgarten his latest reminds me of an old ad for Shell and Ferrari. Thats what all his tracks are like driving. there great to look at sometime a bit scary to drive, but like Terry said always a little different, and it keeps you coming back for more.
The others may get more downloads, but I'll take a Fat Alfie track over those every time.
#1 place Tiago Lima? He was one of the first mappers, that's why he has a lot of downloads, but the maps are very poor conversions from rfactor, some of them are terrible.
Last edited: Aug 8, 2021
Please someone make a non terrible lemans. And there’s nothing accurate about the sx_lemans either before someone suggests that.
Last edited: Aug 8, 2021
Just get rF2 for proper LeMans. rF2 at this moment is insanely underrated. And it is an amazing simulation, especially for endurance. Stop trying to live it all inside bubble of Assetto Corsa, it is stagnating whole simracing at this point. Go to rF2 at least for a little bit.

mantasisg said:
Just get rF2 for proper LeMans. rF2 at this moment is insanely underrated. And it is an amazing simulation, especially for endurance. Stop trying to live it all inside bubble of Assetto Corsa, it is stagnating whole simracing at this point. Go to rF2 at least for a little bit.
Click to expand...

you know, I agree, despite its horrible faults, full race yellow flags, that bad ui (yes, i mean the new one), the fact so much of its best features are hidden in config files, the 1987 graphics, its STILL my favorite sim, and yes, its newer tracks, the laser scanned ones, are just phenomenal. We hope that they are now owned by real game developers, we will finally see fixes to the years old issues the old owners obviously have no clue how to fix. I think the vermin hamsammich video described it best..

mantasisg said:
Just get rF2 for proper LeMans. rF2 at this moment is insanely underrated. And it is an amazing simulation, especially for endurance. Stop trying to live it all inside bubble of Assetto Corsa, it is stagnating whole simracing at this point. Go to rF2 at least for a little bit.
Click to expand...

I agree speaking the modern Le Mans track.
But it would be a shame to be generally categorical about which simracing engine use and shame older sims. Older sims still have their strengths and forces., For instance, currently I'm driving a classic Targa Florio in a track conversion from rFactor to GTR2. This track is still a class above what is available of track mods for more modern sims and the PnG-mod classic cars are not exactly a dissapointment even today.
Yes, I enjoy racing rF2, AMS2, iRacing, R3E, too and like the progress we have experienced here lately, but as much I'm very keen of all the modders bringing the older sim family alive, like GTR2, rFactor, GTL, GPL, Race07 simbin family, and even older sims like F1C99-02, GP2.
And still modders AC brings fantastic car mods and fantastic track mods, fine surpassing quality in rF2. And tools as CM, CSP, SOL, etc. do a lot to make AC still in competition, IMHO.