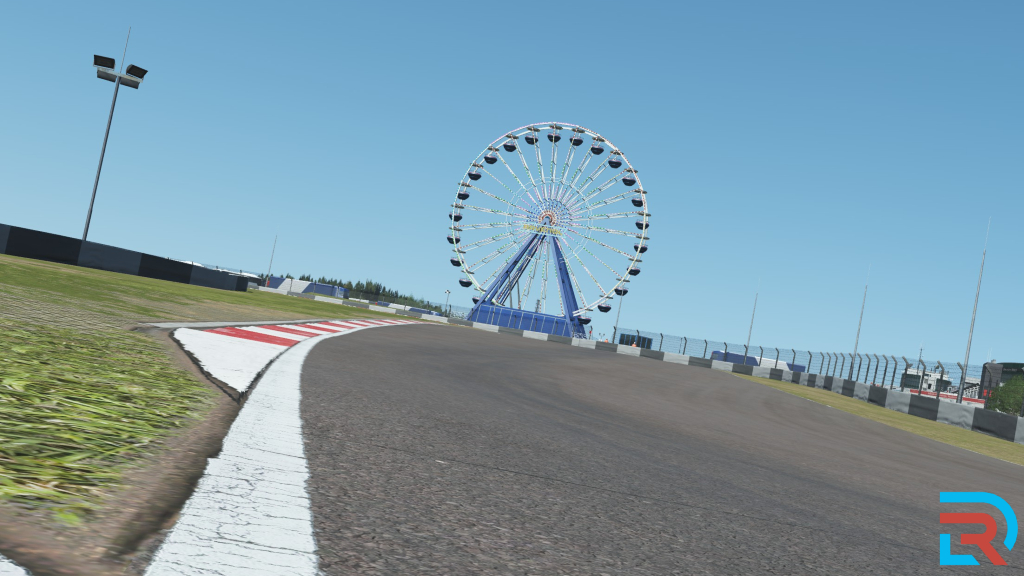 A recent post on the Studio 397 blog had the developer candidly answering a wide array of questions regarding rFactor 2’s tracks.

There is a stigma that communications between players and game developers is a one-way street. The perception can be that marketing teams and publishers issue carefully worded statements and press releases infrequently on behalf of the game dev, while feedback from fans seemingly goes unaddressed. This is, of course, becoming less prevalent as game specific forums give players a direct line of communication to the dev team. But Studio 397 has taken things even further by posting the results of an AMA regarding their tracks.

Dozens of questions were answered in the most recent blog post by Studio 397. While all of the questions centred around the various tracks in rFactor 2, the specific topics and tone varied significantly between the questions. Marcel Offermans bravely took the questions head on, and candidly answered based on current and future projects for the S397 team.

While the questions were too varied to list all the subjects, common themes included inquiries as to whether older tracks be updated, and if lesser-known circuits be added to supplement mainstream circuits like Spa, Monza and Silverstone. 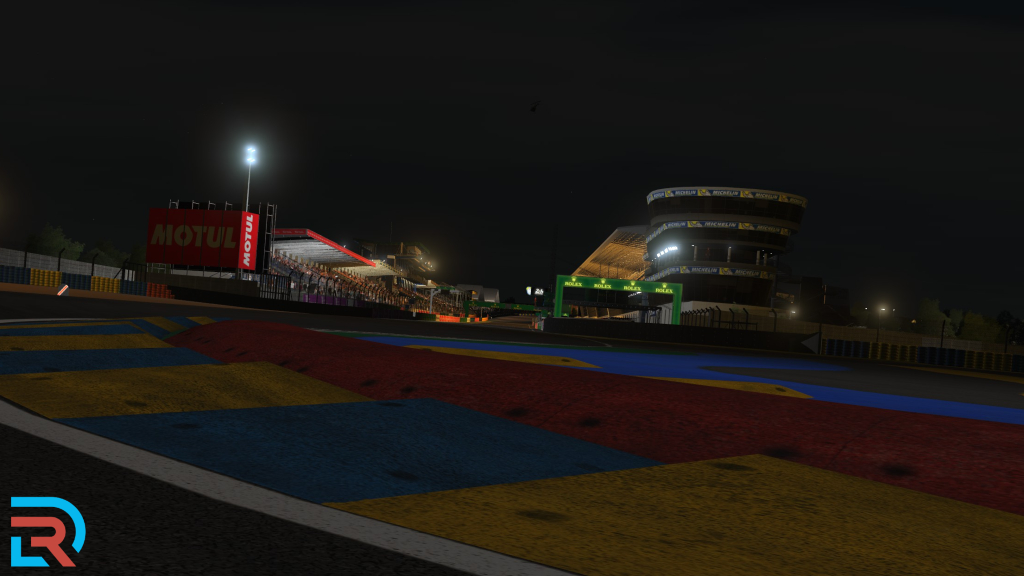 For fans of rFactor 2, this Q&A outlines a potentially exciting future for the title. It wasn’t an announcement thread for future projects, but the knowledge that Studio 397 are hard at work on improving past and present tracks and looking to expand the current roster of racing circuits is reassuring, especially for a sim as old as rF2.

Studio 397 mentioned in their blog that this will be a bi-weekly feature, and the next topic is cars. So, if you’ve got a question to ask the Studio 397 team regarding their cars, you can join the conversation over at the Studio 397 forums or drop a comment below for @Marcel Offermans and @Paul Jeffrey .
Reactions: Ernie, Ternauwies2020, Adyl and 4 others
About author

Rf2 feels just a step above Live for Speed in terms of a compelling reason to fire it up at moment (imo).

Which reminds me.....must try Live for Speed again.
Long load times and a really poor UI keeps me away from purchase. I have tried the software and just find it frustrating to engage.
It's the beginning of a new age.

joemendel said:
Long load times and a really poor UI keeps me away from purchase. I have tried the software and just find it frustrating to engage.
Click to expand...

Load times have improved on the latest RC, but I think they will never be as ‘fast’ as the other popular racing sims. And on the latest version of Zandvoort S397 included shader files in the track file itself, so they don’t have to be generated anymore on 1st load of a track. I have no problems with the rF2 UI. I have more issues with the AMS2 UI for example. There it happens quite often that the number of cars in a race does not match the setting I have in the UI. Or when I click on a track or a car en the car/track selection screen, the UI goes ‘back‘ a page… really annoying behavior.

He is right but anyway RF2 is a very good vintage car/track simulator and most of the car/tracks are free. Should stop producing recent contents and focus on old content.

joemendel said:
Long load times and a really poor UI keeps me away from purchase. I have tried the software and just find it frustrating to engage.
Click to expand...

with the latest release candidate, they have taken another swing at loading times. I can load 22 AI at a 3rd party track Road Atlanta in just about 30 seconds & that is via a 4 yr old Hard drive. First time loads will still be longer, especially if you have been away from rF2 for a good amount of time, After first visiting a track, the process has become much quicker.
Also the variety & number of AI loaded will impact the loading times. The more car models, the slower the process.(car loading is roughly from 88% to 100% of the track loading time) As stated above, the latest version of Zandvort also has a new file format to improve loading further.
Last edited: Oct 17, 2021
I read most (not all) of that Q&A... The majority of questions that had to do with new content or improvements/fixes were met with "that takes time". I try over and over and over, to enjoy rF2, but all I come away with is an empty no-frills simulator with some of the best physics and the worst experience before and after I actually drive. I would love to see them take their core physics engine and start over, at this point.
rF2 just too expensive for me.
Ai is so bad these days. Im out with this game.
I'm absolutely not interested in RF2 anymore. My go to Sims are IRacing, AC and ACC. RF2 is such a frustrating experience and I had high hopes for their new UI. They went completely in the wrong direction so I said a few months ago Bye to this Sim Forever.

eSTee3 said:
I read most (not all) of that Q&A... The majority of questions that had to do with new content or improvements/fixes were met with "that takes time". I try over and over and over, to enjoy rF2, but all I come away with is an empty no-frills simulator with some of the best physics and the worst experience before and after I actually drive. I would love to see them take their core physics engine and start over, at this point.
Click to expand...

From a pure physics/FFB experience, it's unmatched. Everything else? Yuck.

Someone needs to lift and shift the physics into a completely new game.
The AI is just ridiculous. Can't finish any race (after trying several combos) because I quit.
Studio 397 should care about this. It is not the first time that there are complains about AI.

rFactor2 is in hybernation mode corner, inside my HD.

From a pure physics/FFB experience, it's unmatched. Everything else? Yuck.

Someone needs to lift and shift the physics into a completely new game.
Click to expand...

Enter Motorsport Games (that is unless they dumb down the physics too much).
hey guys, I realize I'm late to the QA party and don't even know if this is the right place and time for this???? I had RF2 for yrs' since the beginning and its growth. I like the influx of tracks & cars. enjoyed the massive graphicly improvements. I've heard this sim referred to as a complete sim??? I disagree, this sim has graphics, content that are high in quality yes. offline road racing is good on some tracks need some help on others, but generally are workable. after some adjusting a few settings. the offline oval side?????? is from my experience is HORRIABLE. The AI need totally reworked. on track , off track oval need to be changed yellow flags are for entire track and its field of cars ovals are not bound by road racing caution rules... I think that Nascar car content that you all drop a while back was great ..... yet nothing was done to improve the tracks.....and while modders have done a great job alot of those are geared for online racing..I also believe if a all you need to do is adjust files approach is a bad approach to have. not everyone is tech inclined.
I really like your sim and would love to use it more please please do the work needed so this can be called a complete sim.
thanks for your attention..
i'm crossing my fingers about the upcoming NASCAR game.... but not holding my breath....
Thanks for covering @Mike Smith .

I echo the sentiments of others. Online racing 'public' is limited at best, AI are just woeful
I tried it today for the first time in months.
The new beta release has actually reduced the track loading times quite a bit.
I'm not sure if it is the case for the regular release.
It was also the first time in about three years that I was able to join an online server without the dreaded 'component missing' message.
It was actually fun again.
rF2 is my most played sim and yet the one that causes me most frustration. The progress S397 has made has been slow but ultimately it was as a result of the criticism it received each time a blog was posted about it on this very forum. Visuals & UI were the constant insults flung at it along with more critical and productive feedback about its shortcomings in these areas.

They have tried to improve in face of the citric, albeit a slow and painful process, there has been some progress. I guess the DLC didn't bring in the cash flow they hoped for to expand as an independent studio and now the merger with MSG has given them (hopefully) a cash injection to fix what has been broken for so long, but realistically we also know it has also landed them further obligations and possibly restrictions.

Saying all of that, I view rF2 as a bit of a holy grail for sim racers. Along with AC, these are the only 2 platforms we have left that allow talented individuals to develop content. I would like to bring your attention to the ENSO CLM P1/01 ByKolles LMP1 developed by Advanced Simulation, LMP cars aren't really my cup of tea but this is truly a wonderful mod.

So a whole group might share the same frustration and encourage others to uninstall the product or not to touch it for its countless flaws and to ignore what it does so beautifully.

I like to focus on the latter; that is its ability to simulate the feeling of driving a car on a track with an association between the tyre and the road that engages me in a deeper more connected way compared to any other game I own.

I hope we never lose rF2 to a group of people who just want their favourite sim to be the 'winner'. If we do we lose the potential of developers having an opportunity to bring their talents to the attention of the public as to do this they need a modern platform that engages their audience. We are their audience. AC & rF2 are their only platforms left, don't let them die.
I am more worried about their "we are hiring" posts than such kind of devs posts...specially if replies are always soft "no" or "maybe in the future if we have time".
Was expecting the acquisition would bring them some extra manpower but seems they need to post about jobs at S397 every 3 days on their social medias...