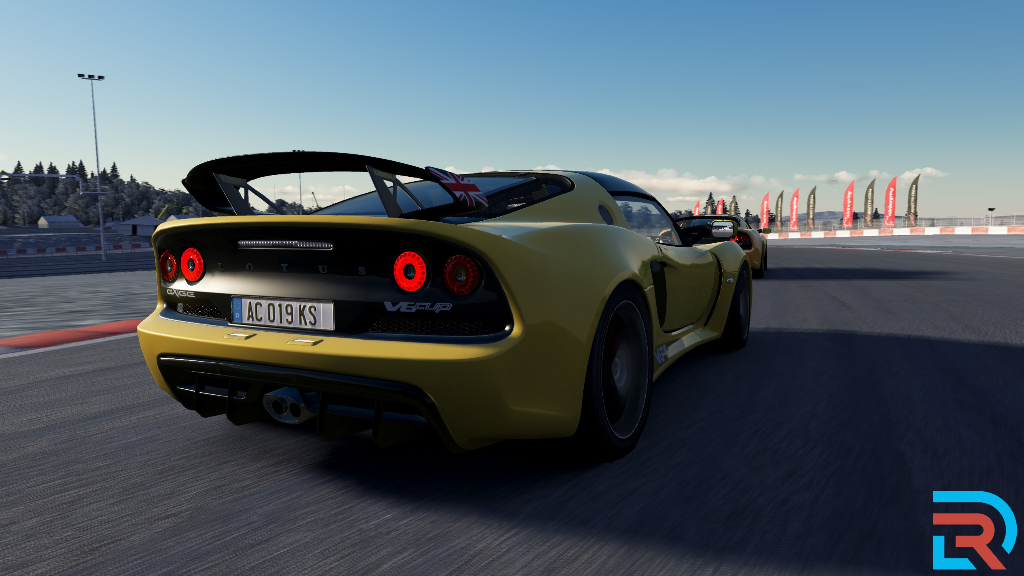 Steam's Winter Sale is on now and features some impressive deals on popular racing titles.

If you're a fan of racing games on PC, this might be the right time to pick up some new games or DLC packs. Steam's Winter Sale is on now, and there are some outstanding deals to be found, including some prices that are as low as you will find them all year.

There are too many titles to list, but here are some of the deals on titles we commonly feature here at RaceDepartment:
Sale prices are in effect in most regions, and the Steam Winter Sale ends January 5th. Did you find a deal not on this list that other readers should know about? Share it in the comments below.
Reactions: MeltFire, Moorea, simvalek and 10 others
About author

That's quite some heavy deals on Kunos stuff, bearing in mind just ordering AC you can for free add hundreds of quality car - and track mods and then add CM, CSP and SOL.

That'a a bargain nearly just as huge when I put an order for a Steam of SimBin Mega Pack Bundle for €5.99 some 7-8 years ago.
Last edited: Dec 24, 2021
Nice to see a good deal, little confused over the kunos model and what appears to be an rF2 colour scheme logo.
RBR is free! that´s a deal!
Normally I try to be as unbiased as I can when recommending games to other people as I think you should really try them all yourself to see what you like and dislike, but I strongly recommend picking up Automobilista 2 now after all the amazing improvements the developers have made recently to this simulator. I am totally in love with it.

Totally agree, at this price it is a great time to give a try to AMS2 and realize for yourself how great AMS2 really is.

idontgetoutmuch said:
Nice to see a good deal, little confused over the kunos model and what appears to be an rF2 colour scheme logo.
Click to expand...

It's the RaceDepartment logo
Try Wreckfest.

WHAT IS THIS RACEROOM ??
thanks for information

WALEAD99 said:
WHAT IS THIS RACEROOM ??
Click to expand...

Please explain because I'm confused - Is RBR included with RaceRoom now? And I don't see it on Steam at all - free or otherwise?
Wreckfest Complete Edition so you can do this and much more.
Thanks for doing the heavy lifting @Mike Smith and compiling the list. Merry Christmas.

It's a separate game.

newbert said:
And I don't see it on Steam at all - free or otherwise?
Click to expand...

Not every game is on steam. There is a world outside too ;-)

Bram Hengeveld said:
[.....], but I strongly recommend picking up Automobilista 2 now after all the amazing improvements the developers have made recently to this simulator. I am totally in love with it. [.....]
Click to expand...

Fully agree with that, especially given that you can now pick up AMS 2+Season Pass for 74,05€ which is a really good price and if you want to be a bit more sure and just try the game first, the season Pass is discounted to 67,49€, which makes a grand total of 82,28€.
So it's only about 8 Euros more costly than the Bundle with the Season Pass. Which I bought, and haven't regretted it yet.

It's a great sim with a lot of good vintage Tracks, and since 1.3 works nicely out of the box. It has great weather, day/night Simulation and doesn't need a UI replacer and tons of mods to unlock it's full potential, a pretty feature complete sim in it's own right. Well except Crew Chief in Sweary mode....
Which makes it a good choice for the new player that wants to drive more than just GT3 and GT4. If they just want to drive GT3 and GT4....well ACC is the best sim for that.

What I find still ironic is that the GOTY Edition of Project Cars 1 (all DLC) still costs more than the Deluxe Edition (all DLC) of Project Cars 2. Yeah in that case go for the second, not only because it is cheaper.....it's much more fun.
Number 3? What number 3?

As for AC, if there is a new player who hasn't got it there is pretty much no reason not to go for the Ultimate Edition, it's only about 8 Euros to begin with and all the DLC with their current Discounts cost 11,89€ to begin with+4 € for the base game, meaning a cost of 15 and a few squished ones*, aka almost double the price, give or take something.

Welcome to the grey area of laws and legality.
Strictly speaking, Square Enix still has the rights to RBR.

newbert said:
Please explain because I'm confused - Is RBR included with RaceRoom now? And I don't see it on Steam at all - free or otherwise?
Click to expand...

It's available for free now, as it is "abandonware", you can get it with the rallysimfans or RBRpro mods easily

Havner said:
It's a separate game.

Not every game is on steam. There is a world outside too ;-)
Click to expand...

All true. But this thread is about games available on Steam's Winter Sale, no? ....and someone mentioned that RBR was free. So, I guess 2+2 doesn't always = 4.

hotak said:
It's available for free now, as it is "abandonware", you can get it with the rallysimfans or RBRpro mods easily
Click to expand...