Article Gallery
RaceLeague, which promises to bring realistic racing behaviour to a more casual crowd, announced the public release date for their early access today. One month from now, on the 26th of July 2022 is when the indie game will hit the digital storefront Steam.

RaceLeague is an indie racing video game focussing on user-created tracks and multiplayer.

Its main selling points are
In addition to those, RaceLeague will feature online leaderboards, events and online multiplayer racing.

How Capable will RaceLeague be for Sim Racing?​

Let's get one thing out of the way, though, RaceLeague does not claim to be a new sim. This game, developed by a single Finn, is aimed at a more casual crowd.

That said, tuning your setups for cars will be possible. The extent of this is quite simple. Also, wheels will be supported, however, force feedback is only said to be implemented "if feasible".

Furthermore, a whole damage model is planned including suspension, aero and engine damage. The online leaderboards and multiplayer modes, however, allow for the kick of adrenaline and competition that is needed.

Altogether, RaceLeague is looking to be a fun distraction for sim racers but most importantly a comparatively realistic racing game for gamers and casual racers.

Creative individuals will find their calling with an easy-to-use track creator as well as the capability to upload custom skins for their vehicles.

RaceLeague Early Access will release on Steam on July 26th, 2022.

Does RaceLeague look interesting to you? Can you imagine playing it as a fun distraction from sim racing? Or could it be taken one step further? Let us know your thoughts in the comments below!
Reactions: Nikolaki07, Lady Oscar, HardeesJr and 6 others
About author

I think it can be a fun game. I can't wait to see what the community can do with the level editor.
Last edited: Jun 27, 2022
Seems like fun.
I'm intrigued. This game could fill a niche in the racing market - especially with the (simple but fun looking) track editor.
VR would be nice........

abecede said:
I'm intrigued. This game could fill a niche in the racing market - especially with the (simple but fun looking) track editor.
VR would be nice........
Click to expand...

Yes, it reminds me of the racetracks people make in Cities Skylines, though now you can actually race on them!
It would be weird to play a racing game without force feedback now but I definitely wouldn't mind making a local street track in a user-friendly editor.

shkolnikk said:
It would be weird to play a racing game without force feedback now but I definitely wouldn't mind making a local street track in a user-friendly editor.
Click to expand...

my thoughts exactly. Also, I wonder what camera views it allows, whether cockpit is included? Doesn't look like it.
Interesing, might be a cross between Trackmania and a sim, let's see what comes of it
Looks like fun to play. The track editor is a brilliant idea. Why don’t have more racing games an accessible track editor?

Rusty911 said:
Looks like fun to play. The track editor is a brilliant idea. Why don’t have more racing games an accessible track editor?
Click to expand...

Ah this one I can answer! It takes a lot of time and money to make a good editor plus once it exists it becomes another product you need to support. The developers themselves use external tools to develop the track and then create a dedicated importer for their in-house use that they then sometimes release to the public.

Anyway, money is the answer... it almost always is... On the other hand, Blender 3D is powerful and relatively easy to learn!
A bit like Circuit Superstars but with the editor and a 3rd person view. Nothing wrong with that.
Why does iRacing NOT have tire delaminations? How can this be the first title to include this?

This is like a 1st person Circuit Superstars, with better AI. I'm interested. Reminds me of the old GeneRally track editor. I made a lot of tracks (and cars) for that game...
An intuitive Track Editor? Yes please! I spent more time making and tweaking tracks on V-Rally 2 (PC) and DTM Race Driver (DS) than racing back in the day. The one thing that made me buy those games was the easy-to-use track editor, from which you could jump into testing with just a few clicks. Looking forward to give this new one a try, if it's that easy it's going to be a keeper!
Last edited: Jun 27, 2022
Laguna Seca: 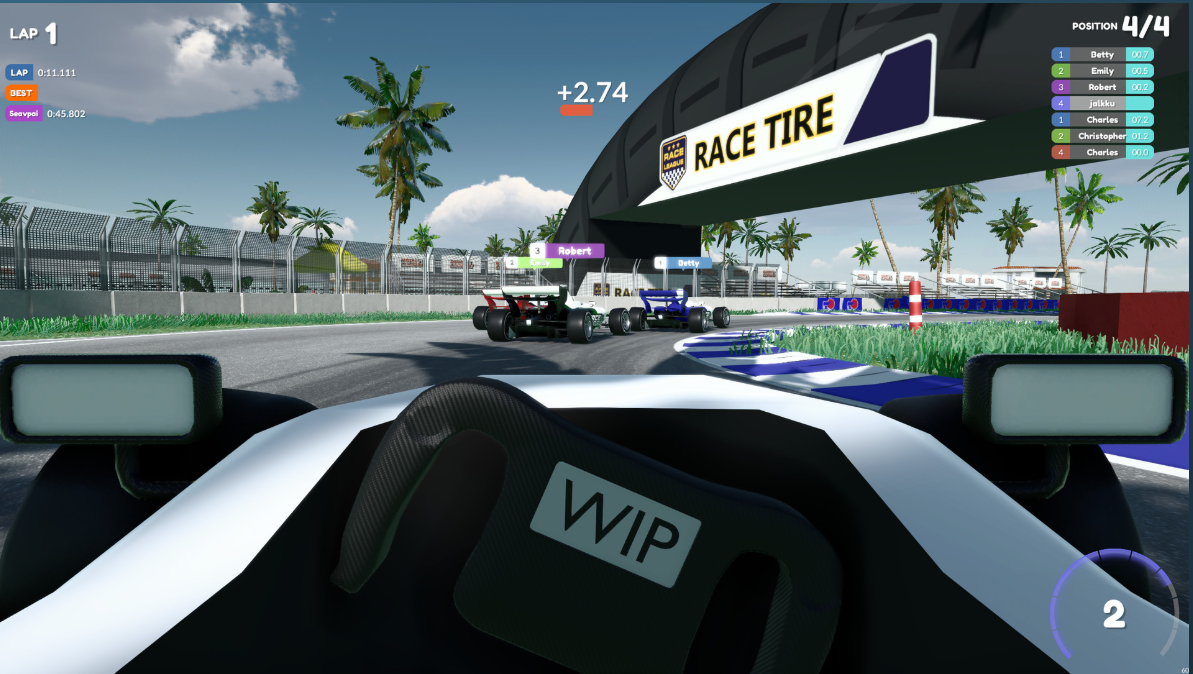 and, yes, steam tells me it does have cockpit view, awesome!
The game could be a huge success if there is GT3 cars and everybody draw their own replica of SpaFran
I already see the mess. Promo video shows "online multiplayer" followed by a massive crash

It kills the immersion a bit, but i would prefer a non-contact option in open multiplayer (like trackmania did)

Clearly you've never been in a public lobby
Looks very fun!! Cannot wait to try it out!
My only concern is the few number of cars on the track. It seems like the maximum is 10? That's a bummer for such a fun-looking game.
Last edited: Jun 27, 2022