The Regional Final of the Ferrari Velas Esports Series was one to savour, however, without doubt the night belonged to a dominant Brandon Hawkin.

Put simply, Canadian driver Hawkin was quite frankly unstoppable as the Ferrari Velas Esports Series headed to North America for the main season closing Regional Finals evening of racing. Despite being up against a field of highly motivated and very fast rivals, Hawkin performed heroics at the front of the grid to take a commanding title victory, but the racing behind was still rather special indeed…

Race 1 - Laguna Seca
The Hawkin evening of domination began at the wonderful Laguna Seca circuit in California, USA. As an iconic track for North American drivers as it is for their European counterparts, Laguna once again served up a thrill fest of racing in this opening encounter.

As is often the case on one of the more tricky US tracks, Laguna would prove to be a difficult playground for the Ferrari drivers to ever feel quite comfortable on track, with several drivers getting involved in minor incidents throughout the duration of the opening 30 minute encounter…

With a few of the expected front-runners falling into strife, Hawkin would have no such worries at the front of the field, comfortably bringing the car home to take the chequered flag.

Race 2 - Watkins Glen
Watkins Glen is another track where it is far easier to plant the car into the wall than score a clean race finish, and once again Hawkin proved more than equal to the challenge despite moving over from the original Assetto Corsa platform to ACC.

Another lights-to-flag victory would be just reward for Hawkin come the conclusion of the race, with little in the way of pressure being exerted by the following pack - despite a few spicy moments further down the field!

As this is a points scoring competition, another strong stint behind the wheel for Mereick Leveque would be enough to close out second place overall, with Christopher Severt taking the final step of the virtual podium in Watkins Glen for a hard fought podium spot. 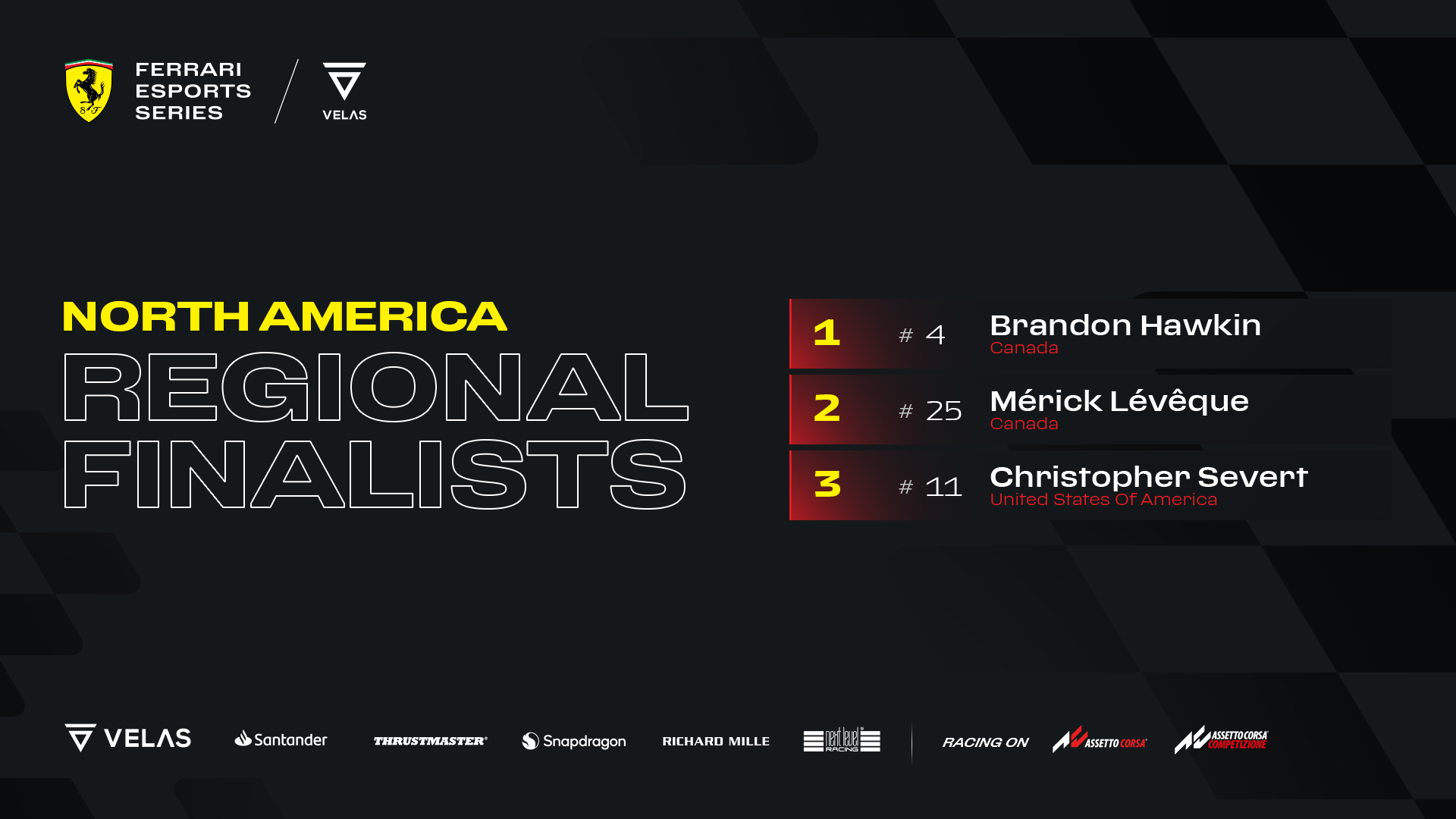 With the points having been counted at the close of play, it will be Brandon Hawkin, Merick Leveque and Christopher Severt who book their trip to Italy in October, as they get set to represent North America in the Ferrari Velas Esports Series Grand Finale! 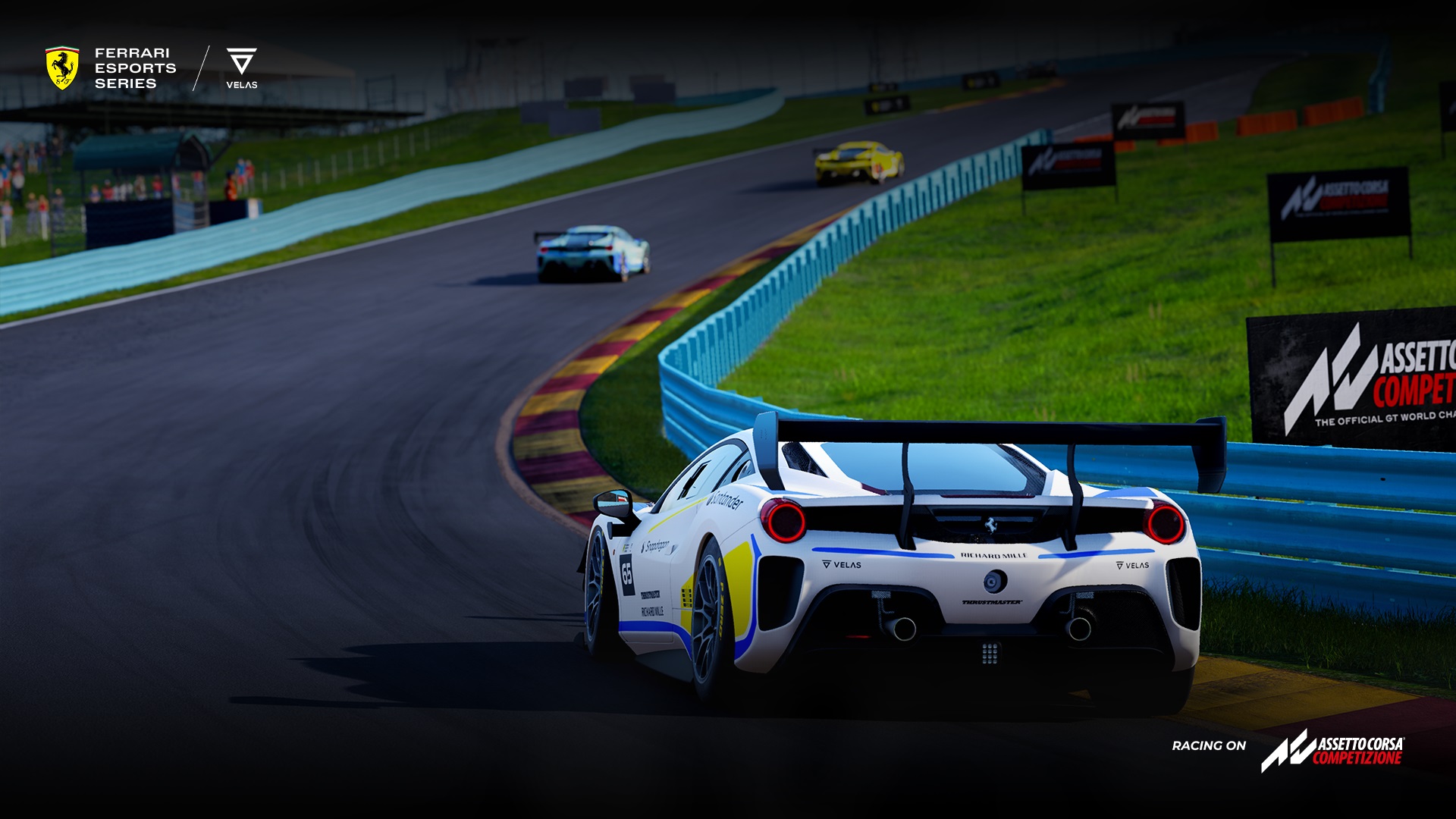 Rename 'esports' to 'competitive simming' and watch the threads grow.