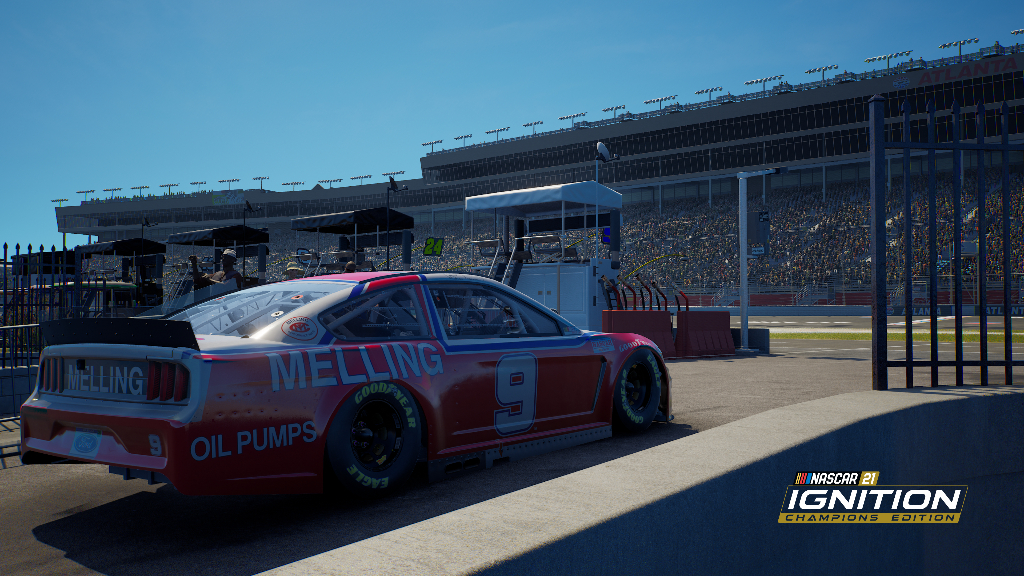 The development roadmap for the coming months in NASCAR 21: Ignition has been revealed.

Motorsport Games has unveiled their development plans over the coming months for NASCAR 21: Ignition. There was very little detail given in the roadmap image, and owners of the game can hope that many of the long-standing issues with N21 will be addressed simultaneously with the feature and DLC releases.

This month will give players the chance to race in stages, a feature of the real Cup series notably absent in the launch version of the title. Private Parties will also be added soon, giving groups of six players or more the chance to hold a private race. DLC #3 is also scheduled for release this month, though no detail was given.

Next month, perhaps the most intriguing upcoming feature will be released, as players will have the chance to test drive the next generation NASCAR Cup cars. This will be released alongside a "shaky cam" video mode that can be turned on or off.

The last month in this roadmap is April, which should see the Gen 9 (PlayStation 5 and Xbox Series X/S) console updates for the game. 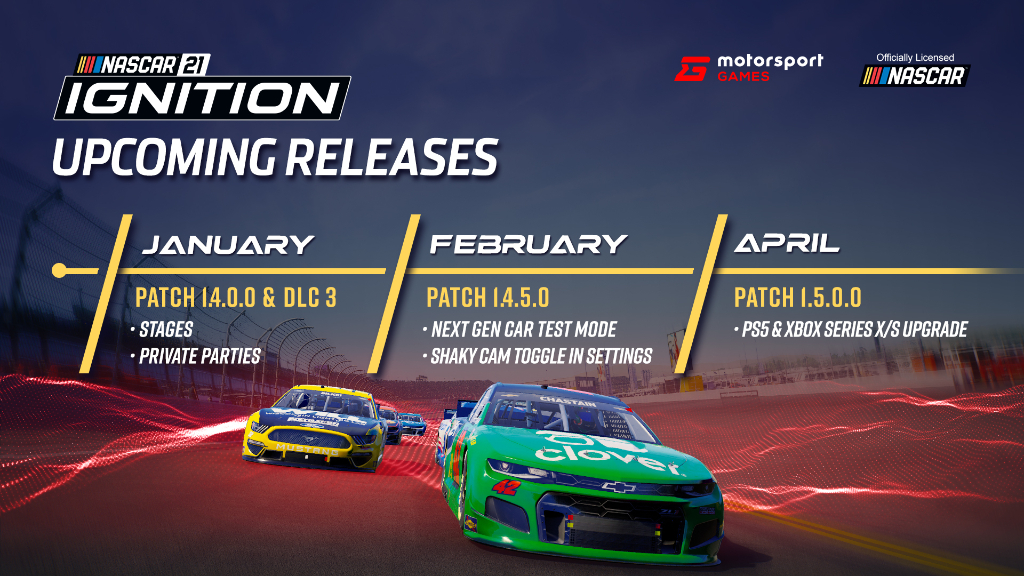 There are a lot of strong opinions about NASCAR 21: Ignition in the sim community, so be sure to share your thoughts on this roadmap or N21 in general in the comments below. Which features would you like to see improved in the title?
Reactions: DriverJay, Verde_msk, Wolf WolfZ and 7 others
About author

lol
Roadmap for 2022:
- Fix all the bugs (impossible)
- Bring back the reputation (impossible)
Their new roadmap = how to barely polish a turd.
Last edited: Jan 13, 2022
Currently, the game doesn't cater to sim racers at all. Fixing the state they released this game in is going to take a while. At least they don't abandon it, and that's a good start towards redemption.
Thank you, but no thank you. I do not need the frustration.
Wonder where the "Make the game playable" was hidden.
Did Racedepartment ever review this?
Is this a joke?
All kidding aside, I literally forgot this game was a thing. Given how interested I was to see how it would turn out, that's probably not a great sign.
I'm still waiting for Nascar 22 and BTCC The Game.

F_B said:
Wonder where the "Make the game playable" was hidden.
Click to expand...

That will be in a future, yet to be determined, but soon update. And did I read they have a DLC, whoa!
On a related note, Motorsport Games was celebrating the one-year anniversary of the IPO by ringing the closing bell on the NASDAQ with a $4.04 closing price, far from a one year high of $37.35. Hopefully, for MSGM and rFactor2, they are putting forward a better effort on a future release otherwise that next game may be their last.

Predrag Drobac said:
Roadmap for 2022:
- Fix all the bugs (impossible)
- Bring back the reputation (impossible)
Click to expand...

Why (about first)?
Second is really hard (

On Steamdb I see that team work hard -

I think the team overestimated their strength, deciding that if they can do something in UE, then the racing game is a piece of cake.
Last edited: Jan 13, 2022
It's dead on arrival. Why reanimate it again? Even the Necromancer from Diablo 2 can't animate it anymore...

I'm hoping they don't bring out BTCC. It deserves better.

Fatalist88 said:
Did Racedepartment ever review this?
Click to expand...

IIRC no review copy was given, and the game was unplayable anyway.
or maybe I remember wrong game.

Nick Hill said:
All kidding aside, I literally forgot this game was a thing. Given how interested I was to see how it would turn out, that's probably not a great sign.
Click to expand...

Seeing how the peak number of players on Steam ever for this game is... 141 players. And avg. players the last 30 days are under 20

You are not alone.
Another delusional moment in this train wreck.

The game still is barely playable, the number of active players don't even can make a full Nascar field (lol) not even a Truck series field, the company stock price is in a roller coaster that only goes down, but they still acting like everything is right, launching this empty roadmap and skinpacks DLC's that makes me wonder WHO they belive will buy or how this could be profitable.

At least the "ultimate team" ideia apparentally died.
I miss the time when we got a complete, working game for our money.
I'll wait till N22 will be announced soon...
You cant fix something that should never have been released in the first place. It was hyped, failed miserably and should be left for dead. Just like Dakar 18.