MotoGP 22 Adds Cross-Play, But Not For Steam or Switch 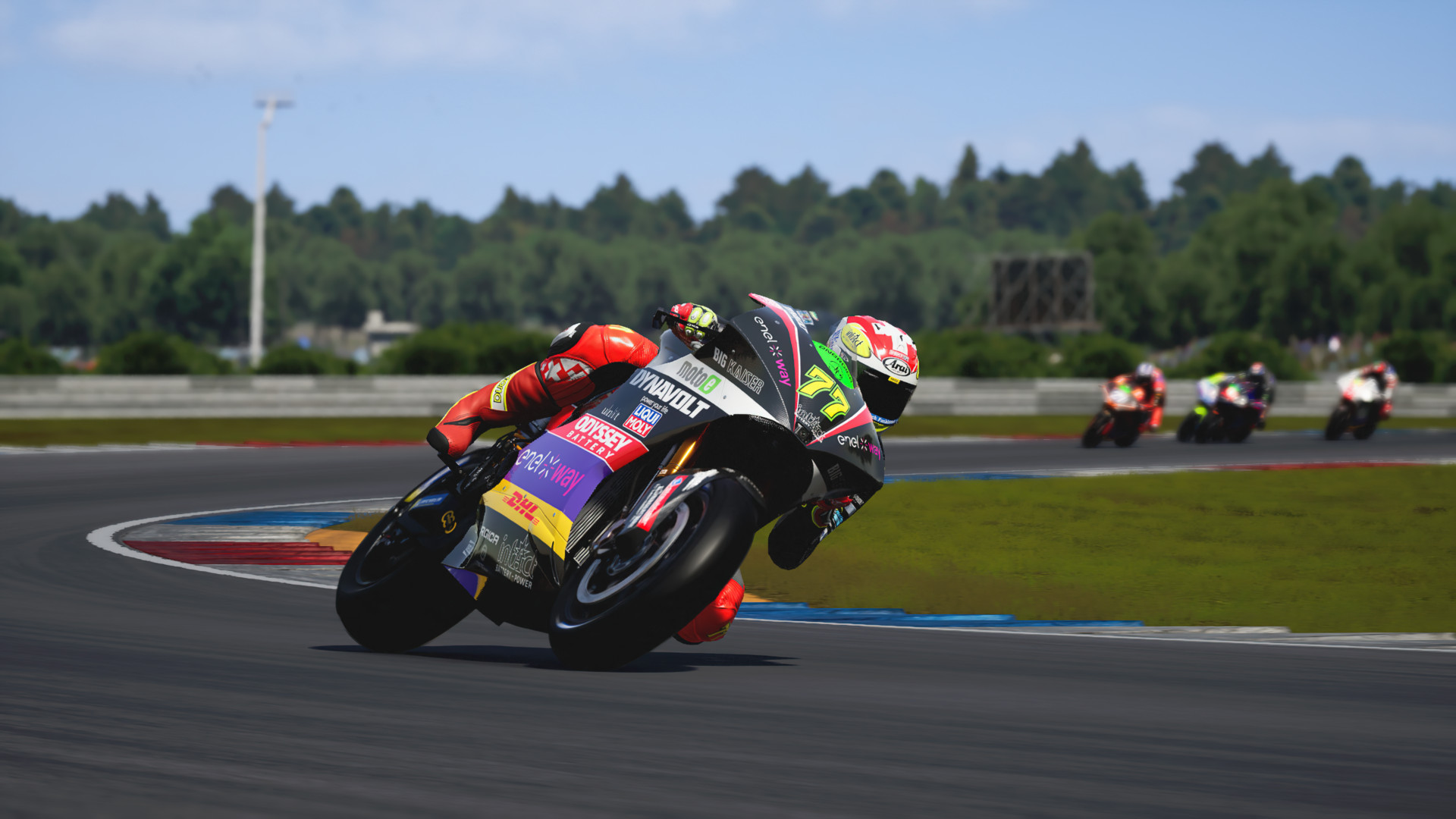 In the most recent patch of MotoGP 22, Milestone added new content as well as a great way to bring different consoles and PC together. Unfortunately, cross-play is unavailable on the game's Steam and Switch editions.

Finally, the MotoE class of the MotoGP paddock is now available to race. Fans of the whining engines and world-class drivers like Dominique Aegerter, Eric Granado or Kevin Manfredi can rejoice.

As this will be the last year Energica will be the motorcycle supplier for MotoE, this is your last chance to drive this exact bike digitally. At least for now. Next year, Ducati will take over MotoE and with it, upcoming MotoGP titles might only include the new electric bike.

Almost all editions of the newest MotoGP title receive cross-play.

The unsurprising exclusion from this is the Nintendo Switch version of the game. A more shocking revelation comes with the announcement that the Steam version will also not feature cross-play with Playstation, X-Box or Microsoft Store editions. This fact adds a whole new meaning to "Exclusivity".

If you now want to play MotoGP on PC online with your friends on consoles, you need to have the Microsoft Store version. And if you have previously bought the Steam version, tough luck.

User-generated content (UGC) will also only be able to be cross-shared on PS4, PS5, Xbox One, Xbox Series X and Microsoft Store editions of the game. And it sounds like owners of other versions (Switch and Steam) will be able to download, but not upload any of their content to the cross-cloud.

*These features are not available for PC Steam, which have a separate environment dedicated to them.​

What are your thoughts on this update? Let us know in the comments down below!
Reactions: Nathan 1
About author

I've got a fair few games and apps.......but not a single purchase from the Microsoft store. Mostly Steam, some GOG, small amount of Epic.

I'm guessing Gamepass would be way to go with Microsoft?
Fair enough about the lack of crossplay on Switch; NSO is notorious for its unreliable internet, especially for users who play undocked.

The Steam release not getting crossplay though? The only justification I can see is related to the Steam Deck; Milestone probably saw it and thought something like this:

"No, a handheld device will never play online as smoothly as a home console or Desktop computer; just look at the Switch. If Steam Deck users get in a lobby of Home Console users, it's going to make it a bad racing experience for everyone involved."
It's probably as trivial as Microsoft allowed Xbox crossplay if PC is only M$ Store copies benefitting them, and them alone. Because again money over users with no reason other than corpo greed...

Mekonrider said:
I've got a fair few games and apps.......but not a single purchase from the Microsoft store. Mostly Steam, some GOG, small amount of Epic.

I'm guessing Gamepass would be way to go with Microsoft?
Click to expand...

The only Microsoft Store game I have is Forza Horizon 4, and that only because it wasn't on steam until about the release of FH5.

And I'm still a bit angry to this day that they supported Steam only so late.
MotoGP would be wild with a motion simulator and VR.

[edit]: anything less would be a letdown.
Last edited: Tuesday at 10:41