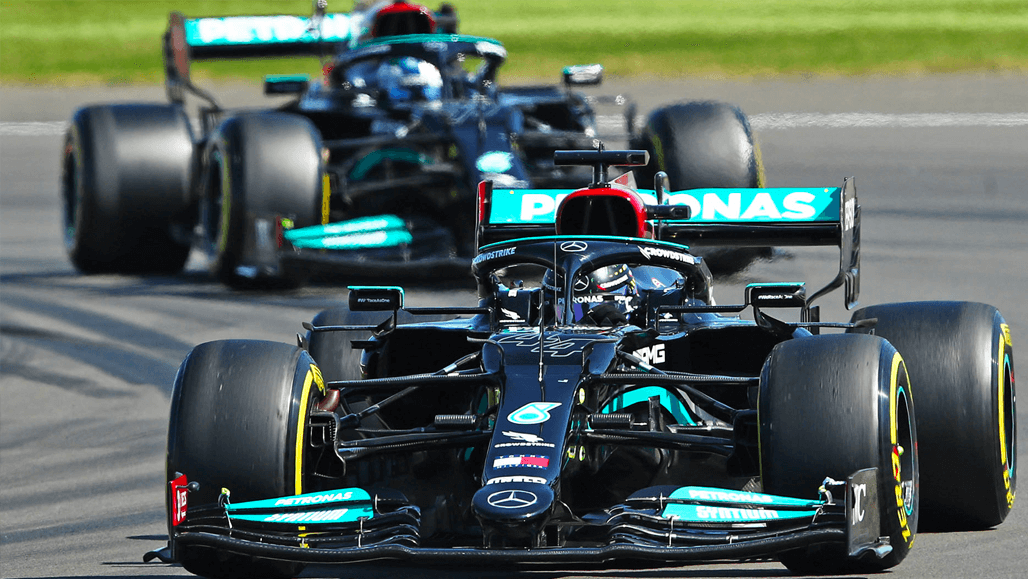 iRacing has announced that a pair of Mercedes Formula One cars are coming to the sim.

In a tweet that has caught the attention of many in the sim racing community, iRacing has announced a partnership with the Mercedes-AMG Petronas Formula One Team to bring the Mercedes-AMG F1 W12 E Performance F1 car along with the 2022 Mercedes car to iRacing in the future.


https://twitter.com/i/web/status/1440692411684909056
Renouned Strategy Director James Vowles was quoted in the official press release as saying that iRacing and Mercedes F1 had been working on developing the 2021 car for iRacing since early this year.

This is potentially big news in the sim community on many fronts. iRacing fans who feel disappointed by the limited selection of Formula One cars will now have another option to drive. Also, Formula One is infamous for limiting licensing of F1 cars outside of the official F1 game, so this is potentially a vanguard for a new crop of licenses being issued outside of the F1 game. Plus, those who feel the official F1 game is, well, a game rather than a pure simulator will be able to enjoy the driving physics on offer from iRacing.

With the real-world 2021 F1 season being just past the midway point of the season, it’s not surprising that the details on the 2022 car being brought to iRacing are vaguer. The 2022 F1 regulations will be a significant jump compared to recent seasons.

No release date has been given for the cars, but the 2021 W12 could reasonably be expected to be released to the public before the end of the F1 season. This is an intriguing step forward for both iRacing and for Formula One’s presence in the sim world. No plans were announced for what iRacing will do with the car in sim, but a collaboration with such a huge presence in the racing world has the potential to be very popular.
Let us know your thoughts on this teaser in the comments below, and whether you plan to buy the car.
Reactions: avenger82, GoldTime, Montag_RSR and 13 others
About author

Massive News! Might have to finally bite the bullet and sign up.
Sounds awesome!
Wow iracing has really stepped up their game, GT3 feel amazing to drive now and the new indycar is also a blast. The fact that Mercedes is working extensively on creating a realistic tire/physics model is likely to lead to massive advancements overall.
Going to have to bite the bullet and actually give iRacing a proper go now >.>
Great news !
Very impressed with the advancements iracing has made over the past 2 yrs.

Looking forward to the upcoming addition of weather to the service.
Ah, sounds good! Some random sim racer from Finland or Germany, even Japan maybe will surely shatter all track records of Lewis, Valteri or even Max. Good stuff!
Bono! My tires are made of ice!

Sorry I had to do it LOL
I've got my "iRacing thread on RD bingo" card all printed and ready to go.

"Tire Model"
"iRenting"
Etc
good news, here's hoping especially the 2022 car will not be as dreadful a contender as their last F1 car, the worst performing McLaren in recent memory (if memory serves me right). It ran a black livery that season ...

Eckhart von Glan said:
good news, here's hoping especially the 2022 car will not be as dreadful a contender as their last F1 car, the worst performing McLaren in recent memory (if memory serves me right). It ran a black livery that season ...
Click to expand...

The McLaren MP4-30, the car Alonso famously said "GP2 Engine!" as he drove it at... I think Suzuka?
Looks fun buy my racing game dance card is full.
When Mercedes allowed Polyphony Digital to have their F1 W08 car in GT Sport, they locked the ability to apply liveries to the car, so you could only race it in the Mercedes livery. They did offer a non liveried option in a number of plain colours, but they too couldn't be altered in the livery editor.

Wonder if they (Mercedes) will adopt a similar stance in iRacing to stop folks putting a Red Bull, Ferrari, Aston Martin, McLaren etc. etc. livery on it.
Last edited: Sep 22, 2021
iRacing budget must be really good.

gonna tempt me to re sub again to iracing.


this part is interesting

"Work on bringing the Mercedes-AMG Petronas F1 Team vehicles to iRacing has been an extended process. As part of the development work, the team performed extensive testing within iRacing and provided feedback and data to improve iRacing’s overall open-wheel physics model. Many of these adjustments to the physics model have already been deployed to the iRacing user base."

Nick Hill said:
I've got my "iRacing thread on RD bingo" card all printed and ready to go.

IceRacing!!
Coincidence? or iRacing's last enticing convulsions before my yearly subscription terminates in 1h53mins?
Yes I'm leaving iR, time is not on my side for those racing formats, requiring quite of your time if you have ambitions on competitive level, though the timeslots for European times have improved alot through the last couple of years. OK, goodbye for now iR, but "surely maybe" see you again in another time.

Edit: Been driving a bit until last week, but mostly like "open lobby like" without preparation. Yes IMO still a bit of "iceracing", though it has been worse as I remember.
Last edited: Sep 22, 2021

Ah yes, the infamous next big development step of iRacing's tire model that's just around the corner and is about to change everything

All silliness aside: this is great news
Way back then, only one studio had the right to use Porsche car in their game, I write game because it was not even a SIM. Kunos, out the blue broke the mould and acquired the license to use Porsche cars in their simulator. Today all sim have Porsche cars.
Here is to hope, IRacing is just the first to license F1 cars and soon we will see official FIA F1 content every where.
That's really cool. That said, I'm not sure what they are going to do with not 1 but 2 new F1 cars. They can't even fill the lobbies of the F1 cars they have now. I am not a fan of the ir01 at all. However, the changes they've made the the MP4-30 worked quite well. That's actually an enjoyable car to drive now so I'm sure the new cars will drive well. But if they stick them in A class with long races....it will be just another dead series.
So a single F1 car? Do you race it alongside the stock cars or Indy cars or GT cars..or have a mixed class race? I dont see the point unless you have all the teams. Its a bit like going to a smorgasbord and just eating toast!

j_troc_71 said:
That's really cool. That said, I'm not sure what they are going to do with not 1 but 2 new F1 cars. They can't even fill the lobbies of the F1 cars they have now. I am not a fan of the ir01 at all. However, the changes they've made the the MP4-30 worked quite well. That's actually an enjoyable car to drive now so I'm sure the new cars will drive well. But if they stick them in A class with long races....it will be just another dead series.
Click to expand...

Not sure they care whether the official series are dead. They'll sell a bunch of cars that will get used in a bunch of leagues where there is better control over who is allowed to race and who isn't. Plus it'll provide a new car for the next World Championship series.
Last edited: Sep 23, 2021