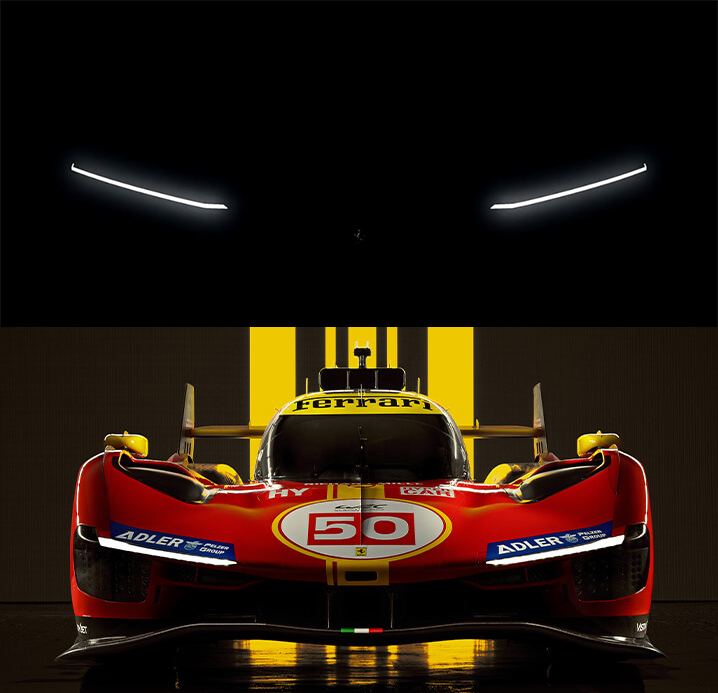 Just a day after Yamauchi San's usual monthly update teaser on Twitter, Gran Turismo released a trailer video on their youtube channel to announce the upcoming reveal of a Ferrari Vision GT car, planned to be revealed this sunday, the 27th of November, during the GTWS World Finals livestream.

It is unclear at this moment if the car will be included in the upcoming update or if it will be released at a later date.


While the light signature may look similar to the 499p LMh car, a closer inspection shows the lights have a different angle. You can also spot the cavallino rampante sitting below the lights height, in a spot where the Le Mans hypercar features a hole. Moreover, the engine sound at the end of the video doesn't seem to match either the racing prototype or the 296 V6s.

The Vision GT project was launched 10 years ago and has seen manufacturers designing cars purposefully for Gran Turismo games, which means the car to be revealed will be a new prototype. Some manufacturers have elected to build full scale models, but some even went beyond that, such as McLaren who surprised everyone by manufacturing and selling the Solus, a car extremely close to their VGT concept, which was probably one of the least expected virtual prototypes to have a chance to ever become real - so as a manufacturer producing unique cars through its Special Projects program, it wouldn't be surprising to see a VGT concept become a fully fledged running Ferrari.

What are your thoughts on the VGT concept car?
Reactions: b)b
About author

It's released already 1 day ago. It's way bigger news than this.,
Was wondering the same thing, just refrained from posting on the previous GT7 article

*to be fair, I had downloaded the update, but the news/changelog was not yet posted on the Reiza forum.
Last edited: Nov 22, 2022
Incredible how they managed to get this brand to the Vision GT project. I love how much respect PD has among manufacturers. Insanely hyped!
I've got every GT game but the current one. I don't think I'll bother looking at the car list. I think it peaked at GT4.

It's released already 1 day ago. It's way bigger news than this.,
Click to expand...

Gonna be honest, I do not even know what RD wants to be these days. They tried to be a hardcore sim racing site then they start putting these GT articles. Then, want to publish reviews and interviews, they have been absurdly terrible with a horrible site layout for articles. Meanwhile, ignoring what has been going on in other sims while being biased toward a few games, namely, GT and ACC.

It's released already 1 day ago. It's way bigger news than this.,
Click to expand...

Here I put it up yesterday.