Gran Turismo 7 Confirmed for PlayStation 4 and 5 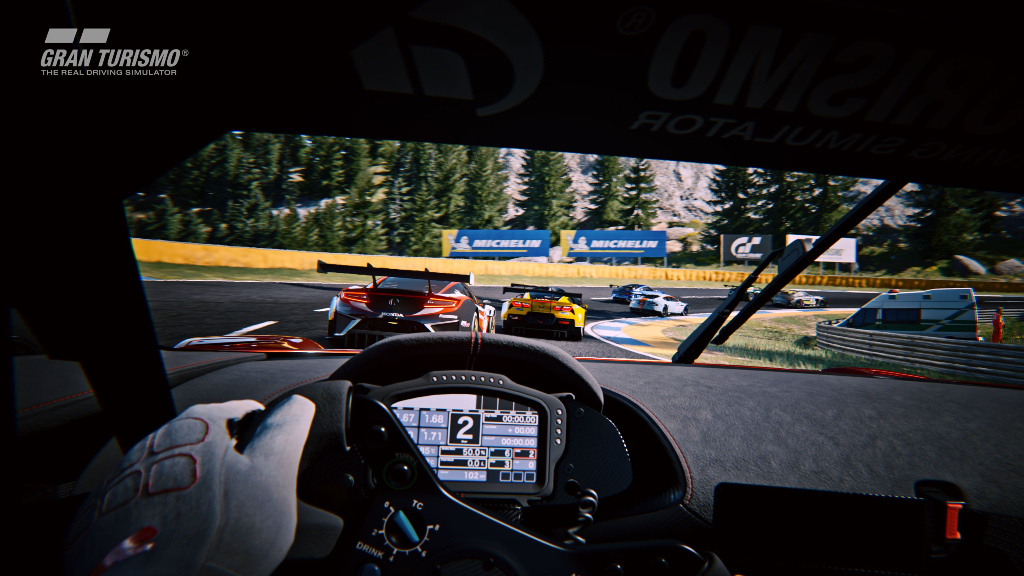 The next title in the massively popular Gran Turismo series will come to both the 8th and 9th generation PlayStation consoles.

Sony has confirmed through an unrelated press notice that its decades old Gran Turismo series will receive a seventh instalment on both the PlayStation 4 and PlayStation 5 consoles.

The PlayStation 4 has only received one Gran Turismo title to date, unlike the previous PlayStation consoles which had two each. Gran Turismo Sport has been a massive success for Sony and Polyphony Digital, and still enjoys nearly 200,000 concurrent players five years after its release. While Sony has passed the 10 millions units sold mark for their PS5 console, many consumers are still on wait lists and facing frustrations in getting their hands on the 9th Gen console.

The news about the dual console release for GT7 is a relief for some, and disappointing for others. PS4 owners who are unable or unwilling to buy the latest Sony console can take comfort in the fact that they’ll be able to enjoy GT7 with their current hardware. However, those racing game and racing sim enthusiasts that paid for a new console for the purpose of enjoying the new Gran Turismo title could be left feeling disappointed that their previous hardware may have sufficed. 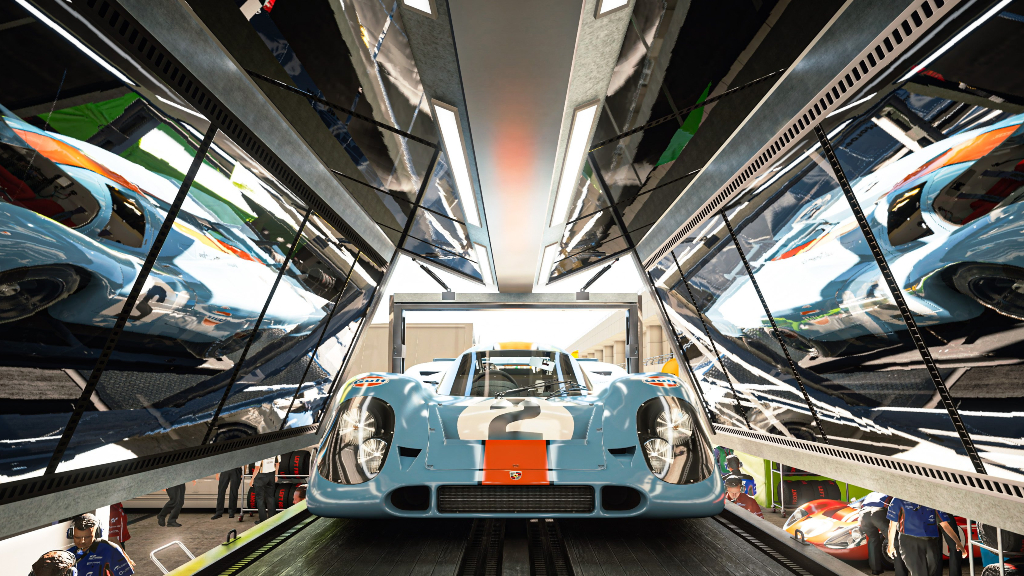 Although no details have been released yet for the differences between the PS4 and PS5 versions of Gran Turismo 7, the likely scenario is that Sony is able to take advantage of the 9th Gen hardware and run GT7 at a consistent 4K / 60FPS or higher.

With a release date planned for 2022, Sony and PD have been slow to share details and footage from the game to date. While GT Sport was initially released as a multiplayer only racing title, with the focus being on online racing rather than the single player campaigns of its predecessors, the naming of Gran Turismo 7 suggests a return to the career and single player focus. GT Sport has grown into an impressive single player title, but much of the attention paid to GT Sport is still focused on the massive online racing community, and the international tournaments and world championships.

We asked you recently which title got you into sim racing, and Gran Turismo was referenced numerous times. Let us know whether you plan to own Gran Turismo 7 on PlayStation 4 or PlayStation 5 when it is released next year.
Reactions: SixxeGunnar, Roderick Kennedy, Sithhy™ and 4 others

ZeldaACFan17 said:
So... Now I won't have to buy a PS5 for GT7...? But that also comes at the cost of PS5 players feeling disappointed that now the PS5 version is going to be limited to make it fair for PS4 players...
Click to expand...

Even if you wanted to buy a PS5, it’s impossible to find one. Even the PS4 is hard to find now.

Kingkoenig said:
Even if you wanted to buy a PS5, it’s impossible to find one. Even the PS4 is hard to find now.
Click to expand...

Not really, here in the uk you just follow the discord groups that track when stock comes into several etailers.
finally I will get the game I was waiting since I bought my new ps4 pro. My first playstation just for GT and all I got was gt sport. If it comes with gt sport graphics and 60fps most people will be happy.
No G27, no buy.
PS4 Pro will likely get 1440p/60 while the base PS4 will be 1080p/60
PS5 will have a quality mode thats native 4k/60 and a performance mode 1440p/unlocked fps or locked 120 if achievable.

At least thats what i am hoping for for PS5 users.
And what a year 2022 it will be when GT7 and the new Forza Motorsport will release, finally a new titans battle, we have not had this for like many many years as to me FM7 and GT Sport were not quite comparable because of their different approach. One was still your classic car collecting and racing game, while the other was more streamlined and tailor made for basically online racing.
I would be really interested in playing GT7, but I've given up on consoles since going full PC sim-racing mode 5 years ago (my most recent console is a PS3 lol)...rarely play other genres outside of racing these days, so it'd be pointless to buy a PS5 (plus, I don't have a Sony compatible wheel or pedals). Last GT game I played was GT6 with my old G27 and those were fun times.

Really wish they would release a Gran Turismo game for PC, but I totally understand why they don't.
Last edited: Sep 5, 2021
The thing is that GT or FM will never feel as good as a 'real' sim like AC, ACC, rf2, AMS2, iracing and so on. They just have a different target audience and its also not exactly an easy task to make proper physics for over 400 cars or so. I tried playing FM7 on my PC with my wheel but it felt like utter.... GT Sport was somewhat better indeed, but not even close to what ACC or AC are giving me.
Now, with every upcoming new game from GT or Motorsport we have high hopes but until now i have to say that these games remained basically simcade. And therefore i have really no reason to believe that GT7 or the new FM will feel like an AC or ACC.
Having said that, of course i would love to have the GT series also on PC but its also not a real bummer if it wont come.
Now that FM7 and FH4/5 are available for PC, one would think, That GT7 would make it to PC, but it does not look like it.
Too bad, it would have been interesting.
Gran Turismo is like NBA2k or FIFA or the F1 games, same s**t every year, but in GT's case, every 4 years.
yaasssss...!!! updated tracks to rip for assetto corsa!!
Where in the world a professional driver drives this way, like a Sunday tourist? 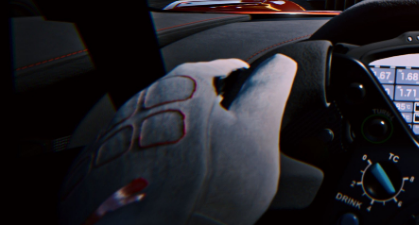 delpinsky said:
Where in the world a professional driver drives this way, like a Sunday tourist?
View attachment 500958
Click to expand...

I don't know why the driver holds the wheel like that either... Only in GT games lol

Brownninja97 said:
Not really, here in the uk you just follow the discord groups that track when stock comes into several etailers.
Click to expand...

That sounds like the definition of 'Hard to find'

Cote Dazur said:
Now that FM7 and FH4/5 are available for PC, one would think, That GT7 would make it to PC, but it does not look like it.
Too bad, it would have been interesting.
Click to expand...

I don't know. Microsoft is putting forza on pc to sell gamepass, but I don't know that sony or polyphony have much incentive to put gran turismo on pc, especially given how many people have playstation 4/5's. At the very least, if they do port it, it'll be a minute.

Yeah, you're average Joe just wants to go to the shops and be able to purchase one or just go on Amazon or whatever. A lot of parents won't have a clue about Discord. Doesn't help that scalpers are getting revved up for Christmas as well.
I'll always have a soft spot for Gran Turismo, but it can seriously stop calling itself The Real Driving Simulator any day now
I would not exclude the possibility of Sony bringing GT7 to PC, but definitely not at launch, maybe 2-3 years later. I think that Horizon Zero Dawn, Death Stranding, Uncharted 4 and Days Gone were no flukes and this trend will continue. Its pretty big titles after all, not some AA productions. But Sony being a japanese company, they will go forward with this new direction at a snails pace.
I can totally see Ghosts of Tsushima also coming to PC in 2022-2023 for example.
Last edited: Sep 6, 2021
What does Gran Turismo have left, besides its name ? I played and loved that series since the very first one, but since years and years Forza Motorsport feels way ahead in terms of "simcade" (not mentioning actual sims, to compare apples with apples). But well, Yamauchi lives the high life thanks to the Gran Turismo series, good for him I guess.

PSG_1970 said:
What does Gran Turismo have left, besides its name ? I played and loved that series since the very first one, but since years and years Forza Motorsport feels way ahead in terms of "simcade" (not mentioning actual sims, to compare apples with apples). But well, Yamauchi lives the high life thanks to the Gran Turismo series, good for him I guess.
Click to expand...

Hmm, if thats your impression, cool, i actually feel the opposite, i feel like FM 4 was the one that put the Forza series ahead of GT but FM 5, 6 and 7 to me did not deliver compared to part 4. Yes you had more cars more tracks and everything looked of course better and better, but the driving, the sounds, these to me got worse. And GT Sport to me is also a rather simcade title, but it feels better than FM7 with the wheel as well as on the gamepad by quite a margin. Again, it maybe personal preferences but to me GT Sport is definitely the better simcade when it comes to the pure driving experience and racing (off and online). And i like its looks also better.
As a PC only player i get to experience it only at friends places. My hope is that the new Motorsport game will indeed be a good reboot of the series and apparently they indeed try to reboot it as it wont be called FM8.
Seeing the success of the more streamlined racing sims that concetrate on fewer aspects instead of trying to cramp as many cars and locations in as possible i can totally see the new Motorsport as well as GT7 trying to also get more into these aspects rather than what we had until now. I mean GT Sport basically was curageous and broke with the formula of the classic GT games (and i feel like it has payed out for them after a rocky start), so maybe we will see some of this trend also continue in GT7 and FM.
Last edited: Sep 6, 2021