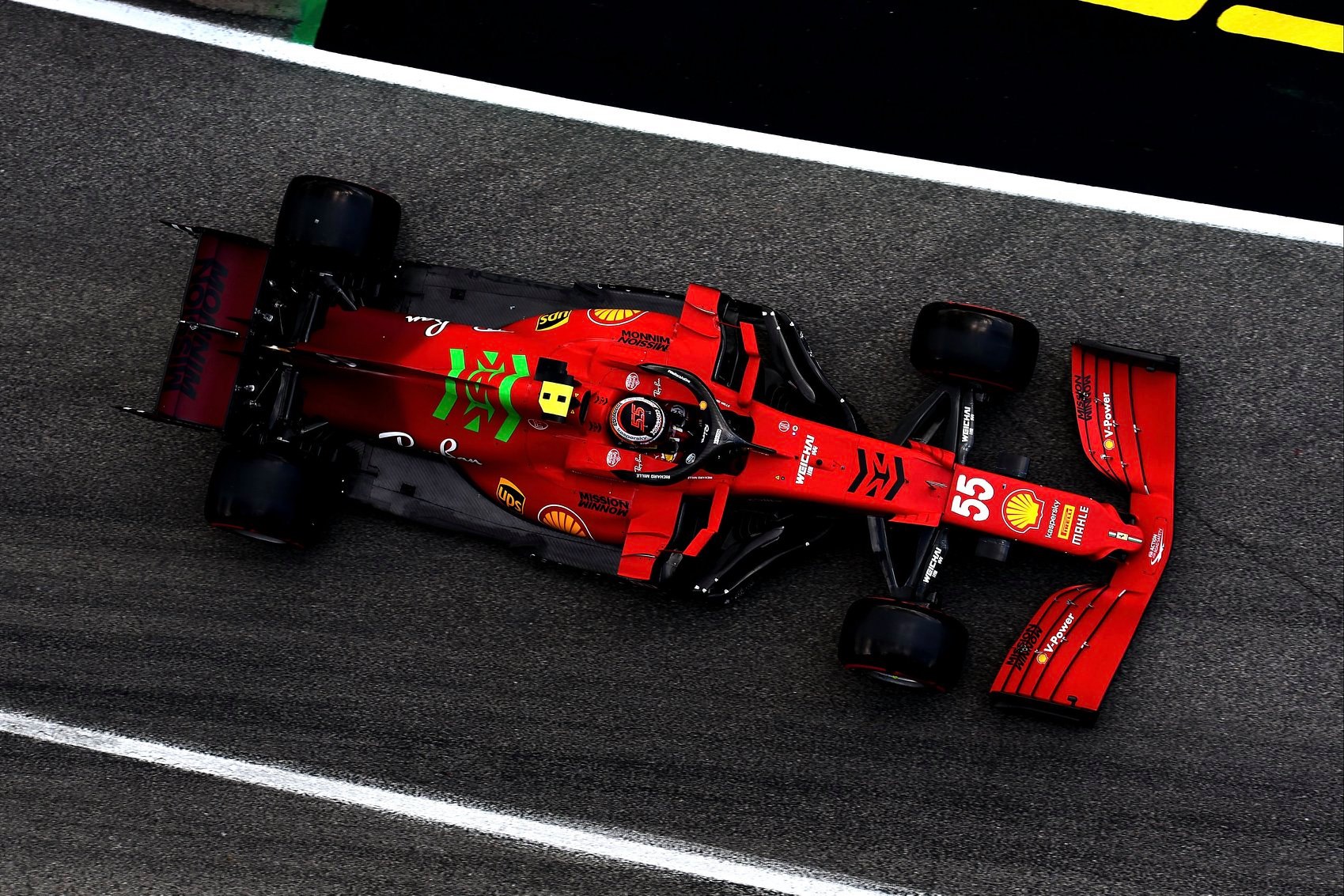 After a thrilling race, voting has opened for the RaceDepartment Emilia Romagna Grand Prix 'Driver of the Day'.

After a close start to the season, expectations were high as the teams headed to Imola, and the classic circuit certainly delivered excitement.

As expected, the start of the race was affected by wet weather, with low grip making the opening laps challenging for the drivers. As the cars got up to speed and conditions improved, we saw some more adventurous driving, which delivered great overtakes, produced numerous collisions and even a red flag. Despite changing conditions and an interrupted race, today's winner took a very dominant victory. 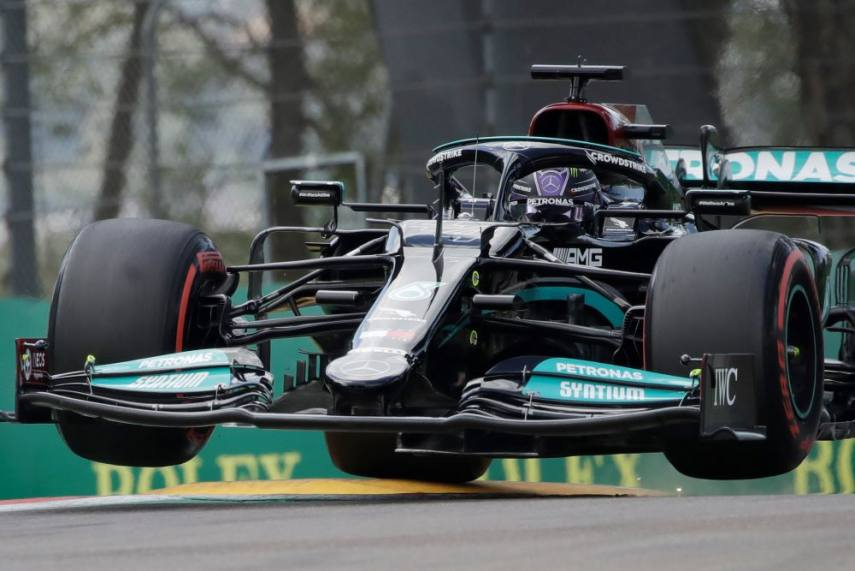 There are however, plenty of good candidates for Driver of the Day up and down the grid, with some very impressive performances in the midfield. Some chaos for the regular front runners also allowed for some drivers to finish further up the order than expected. Today's race reaffirmed that this year should provide some fantastic battles in both the drivers and constructors championships, in what has undoubtedly been one of the closest starts to a year in recent memory.

Make sure to cast your vote for your winner, and reflect on a thrilling few weeks for F1 in 2021. 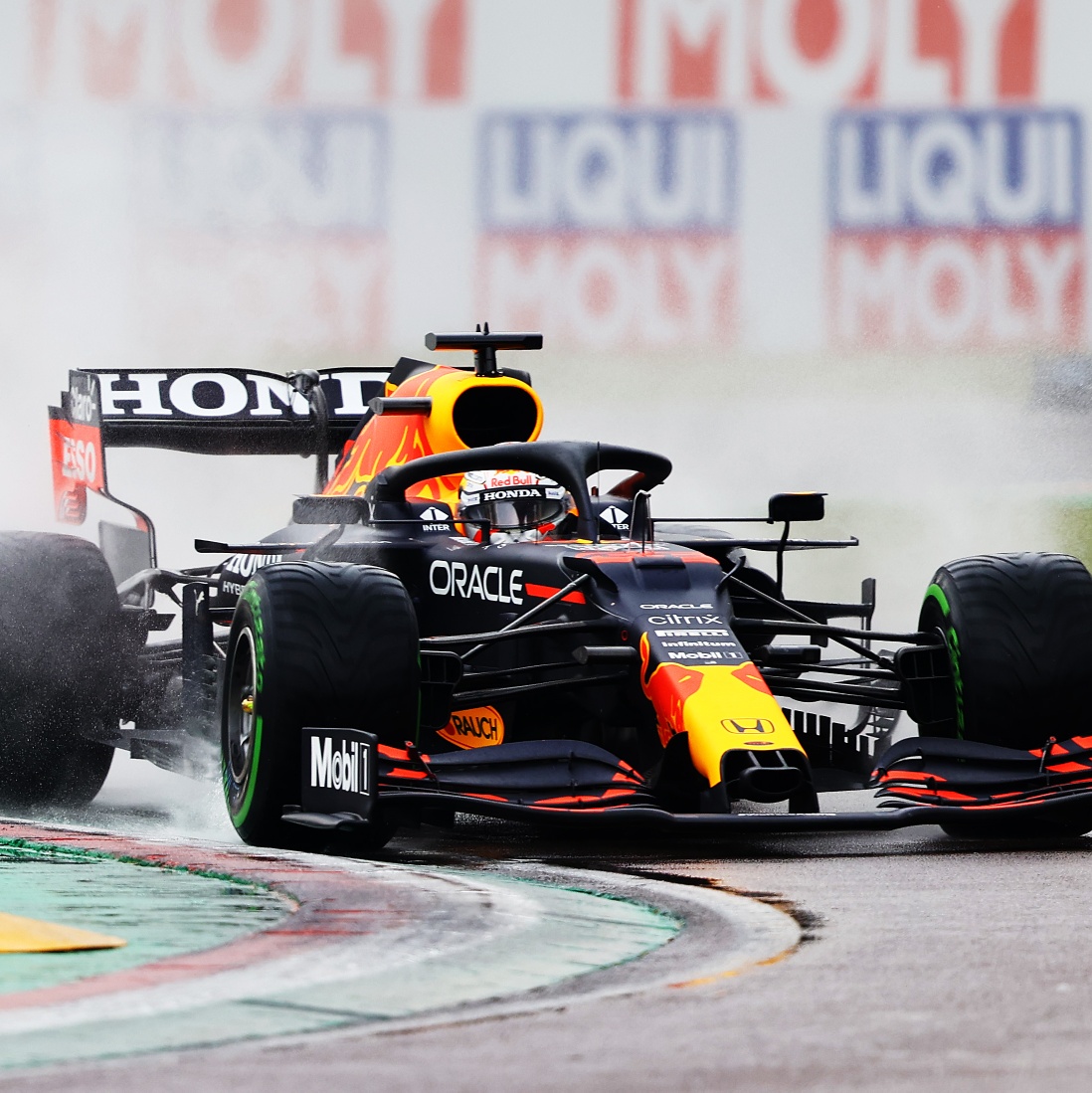 Lando Norris.
Hamilton luckiest guy ever, Vettel unluckiest guy ever.
I would say Vettel had the worst race possible without actually crashing
Last edited: Apr 18, 2021
What a race by Norris, if he had been 100% perfect, maybe he would have managed to hold second position against the fastest car. Verstappen had a great race as well, with just a minor mistake.

Hamilton is just way too lucky, it's unbelievable.

They need to rethink this rule about letting lapped cars unlap themselves, it's a joke.
Starting from P3 in difficult circumstances, overtaking Perez and Hamilton, losing his several seconds leads two times on a safety car and red flag, winning the race, more than 20 seconds ahead of P2... I vote... Max Verstappen. But Lando was a very close second.
Norris was a close second for me, but I grudgingly gave it to Hamilton. He made what could have been a race-ending mistake and pulled it back to 2nd - yes, he had some luck, but I was still impressed.

Nick Hill said:
Norris was a close second for me, but I grudgingly gave it to Hamilton. He made what could have been a race-ending mistake and pulled it back to 2nd - yes, he had some luck, but I was still impressed.
Click to expand...

PickABetterUsername01 said:
They need to rethink this rule about letting lapped cars unlap themselves, it's a joke.
Click to expand...

No, absolutely not. I can think of several reasons why a driver would need to unlap themselves.

What you're suggesting would mean that a lapped driver is effectively eliminated, and this is wrong.

Slapped said:
No, absolutely not. I can think of several reasons why a driver would need to unlap themselves.

What you're suggesting would mean that a lapped driver is effectively eliminated, and this is wrong.
Click to expand...

That is not wrong, that is consequence. What is wrong is to give a free lap to some cars.
The problem with DoTd is that Hamilton and Verstappen are so consistent and resilient they deserve it almost every time.
Voted Norris.
Hamilton skids off a wet track and finds a way to get his car out of a situation from which few could while finishing second and these fools calls it luck. Moral of the story is that Lewis always brings that car across the line and back home. He could have easily given up, but that's not the character of a 7 time WDC who holds nearly every driving record that exists.

Slapped said:
What you're suggesting would mean that a lapped driver is effectively eliminated, and this is wrong.
Click to expand...

Why is it wrong, normally you are lapped for a reason? They just introduced the rule to eliminate lapped cars interfering with a restart.

eco2006 said:
Why is it wrong, normally you are lapped for a reason? They just introduced the rule to eliminate lapped cars interfering with a restart.
Click to expand...

Yep. You could also put them to the back of grid. Job done. Giving laps back is borderline cheating. A massive, undeserved gift at the minimum. Hamilton was annoyingly lucky today. Again.
Last edited: Apr 18, 2021
Carlos Sainz put in a pretty great drive today, recovering from a poor qualifying. P11 to P5 was a pretty awesome performance so I'm voting for him. Underrated performance today I think.
Last edited: Apr 18, 2021
Norris. The best new driver, by far.
Max because his start was great from 3rd to 1st with bad weather and wet track the first corner. Stay his head cool after yesterday.

what I found strange that when Lewis made a mistake and was off track in Torsa.. that he went backwards on track and wasn't punished for this? does anyone know this? I should see it again .. Norris but also Leclerc couple of times track limits over the white line. And I expected more from Perez today.
But what a race hope we see more realy enjoy this season. Max and Lewis are a high level racing at this moment.

And the redbull is not the fastest car the merc is not bad
Last edited: Apr 18, 2021

Jan Larsen said:
Yep. You could also put them to the back of grid. Job done. Giving laps back is borderline cheating. A massive, undeserved gift at the minimum. Hamilton was annoyingly lucky today. Again.
Click to expand...

With that logic any safety car could be classed as 'borderline cheating', as it bunches the complete field together - what's the difference between 10s between 1st and 2nd position closing together and 1min 20secs for a lapped car? You could also argue that Blue Flags are borderline cheating - why should cars be made to get out of the way? It's racing and they all race to the same rules.

Jan Larsen said:
Yep. You could also put them to the back of grid. Job done. Giving laps back is borderline cheating. A massive, undeserved gift at the minimum. Hamilton was annoyingly lucky today. Again.
Click to expand...

Putting them at the back of the grid also creates unwanted situations that are borderline cheating.
P6 was Sainz (iirc, using him as example from now on), P7 Stroll +1 Lap. They would suddenly be behind each other and fighting, but Stroll is lap down, so only interfereing with the race. On top of that, Stroll would suddenly see a 5 second gap to Sainz (or 10 or whatever) be extended by a full lap, just because Sainz was lucky enough to just not have been lapped, basically ruining actual battles that were ongoing and putting Stroll at the place where he would be incapable of getting P6.

What about the situation where a driver gets put a lap down due to having served a pitstop? Then a red flag comes in. He's completely out of any battles from that point onward being stuck in P8 (for example), whilst he was fighting for P4 before.

Undeserved in this case? Perhaps, deserving something is an opinion. The only fair option? Yes.

Just because a rule turns out not to be in your favor, doesn't mean it's an unfair rule.
Last edited: Apr 18, 2021
Lapped cars unlap in a FCY, that has been a rule for a long while and nobody complained until today but today it's different because it's Hamilton
Last edited: Apr 18, 2021
For me had Lewis just let max go in turn 1 might have been different. But I guess racers don’t do that. Amazing drive after that and some luck too. Great drive by max and what a fight this year looks like being, hats off to Lando, almost qualified second and almost finished second. This year could be real corker, I really hope Lewis puts himself above schumi but it won’t be easy, f1 won today, great teams putting great cars out there.
@Keetchyboy @Ricoow Both of the arguments you two present are just unlucky situations from a stradegy point of view, there're millions of ways a race incident can screw your race up. But they still boil down to either pure luck or unluck.

Giving people their laps back because its 'inconvenient' to have them mix it up with the front runners is still just a gift and I'll stand by that opinion. Leave the backmarkers where they are and tell them to piss off the racing line as soon as the can, like in the old days. It'd also get the racing going again faster.

Hamilton earned his -1 lap from a sheer noobie mistake that everyone but him called out before he had even crashed, giving it back is unfair to the drivers who actually managed to keep their carbon fiber heap on the track.

And stop fixing cars and fitting new tires under red flags! Again, free gifts.
Last edited: Apr 18, 2021
Great to see the American ownership and funding is getting the Williams team moving up the grid. If they can get a competitive 2nd driver, they could move up to consistent mid-field team.

The Russian input to the Haas Team doesn't seem to be helping. I wonder if there is a lap speed that is so slow you need to pull your cars off the track? Maybe the 107% rule should be applied to the race.