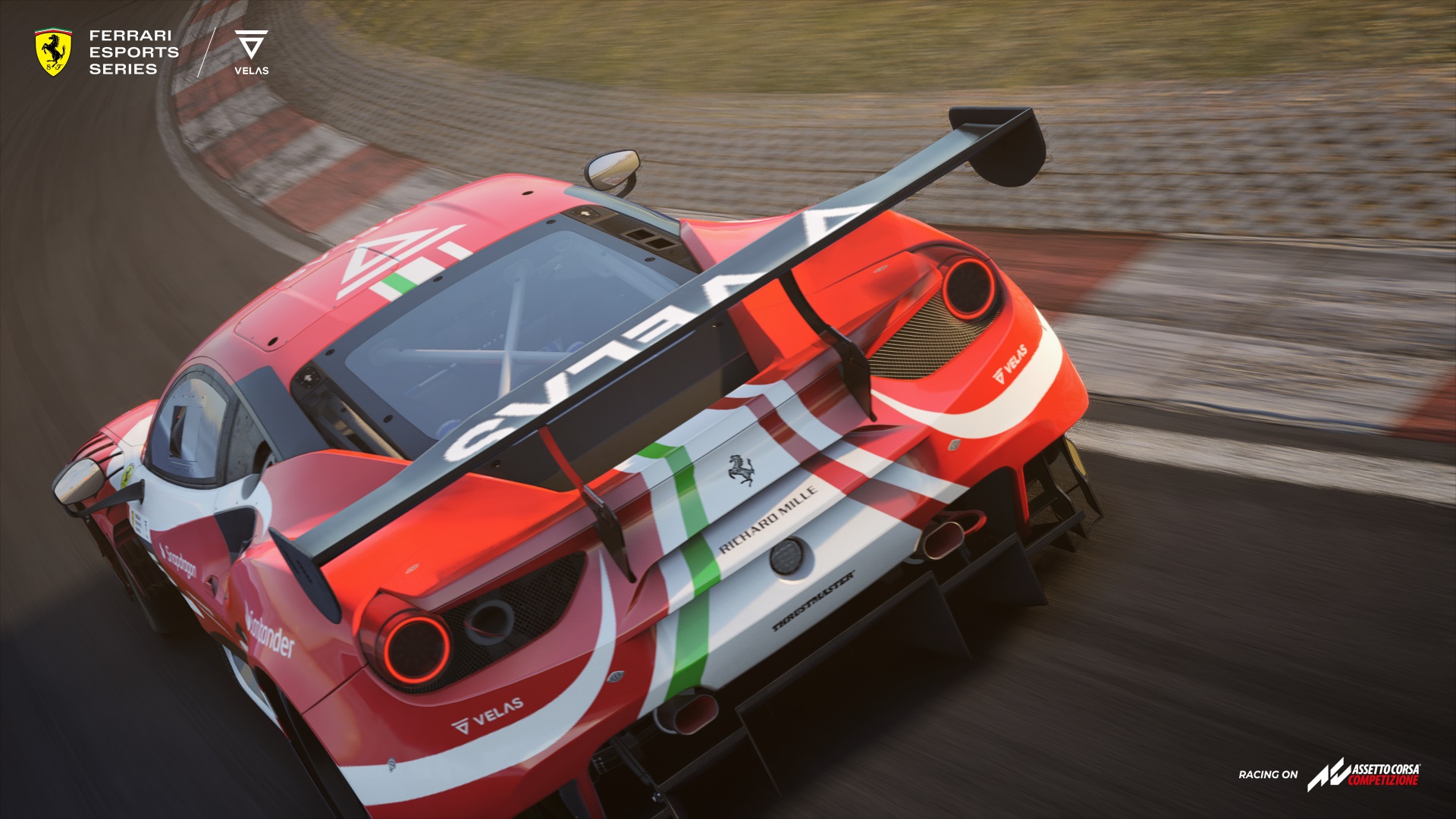 The season is upon us, and for the first time the Ferrari Velas Esports Series heads to North American shores as part of a significant expansion to this exciting esport racing championship.

The prize at the end of the campaign is a big one, the opportunity to become a professional esports racing driver for the Scuderia Ferrari Velas Esports Team in Italy - one of the most prestigious racing teams in virtual motorsport - and to get that opportunity, drivers are set to be given the biggest test of their racing careers to date.

The journey to that ultimate prize begins on Monday, 13th June with the first European show of the season, and is quickly followed up with the debut presentation from North America on Tuesday, June 14th. Both broadcasts will see a mix of on site analysis, special Ferrari guest Carlos Sainz, and of course the four qualification races per region on both the Assetto Corsa, and Assetto Corsa Competizione sim racing platforms.

The events taking place over the course of these two shows will be the first regional qualification races - featuring drivers who have qualified for the series by way of hotlap competition, and with the aim to secure a top three finish in order to progress to the regional finals.

Be sure to tune in and catch the action as it happens, as the racing is sure to be high pressure and intense, one some of the finest tracks in the world. Roll on 2022!
Reactions: Dzul
About author