The second qualification race of the Ferrari Esports Series at Laguna Seca produced an incredible display of speed and courage from the eventual winner and dramatic racing throughout the field.
Back for the second season of competition this year, the Ferrari Esports Series once again represents the official Esport competition of the fabled Ferrari brand, as sim racing hopefuls go head-to-head in their quest to qualify for the main championship proper, and with it a chance to join the Ferrari Driver Academy Esport Team to begin a career as a professional esport racing driver. 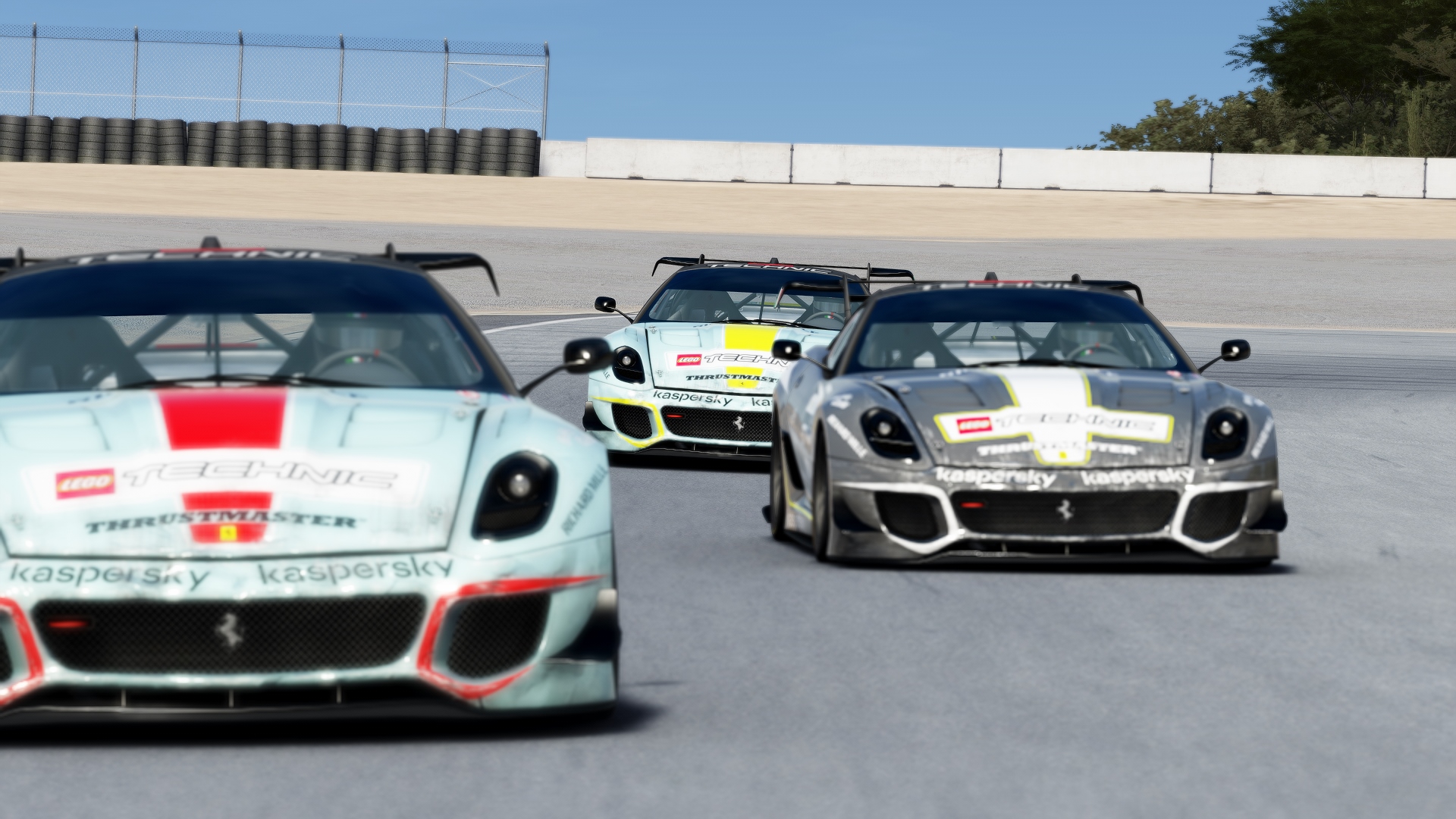 After a fairly low-key opening to the season last month at Brands Hatch, things switched up considerably for the second qualification of the season on Tuesday night, with the drivers taking on the iconic turns of Laguna Seca in a brand-new to the series car - the Ferrari 599XX EVO - a much more powerful and challenging driving experience than has been available to the drivers of the Ferrari Esport Series at any point in the rapidly expanding championship category.

Following a tough post race hotlap qualification process that whittled down the substantial number of hopefuls to just 24 starting drivers, series returnee Arnaud Lacombe would be the man to snatch pole position in an incredibly close qualification session, usurping hotlap winner Davide Adami for fastest time, with the pre-event favourite only managing a disgruntled 20th on the starting grid. 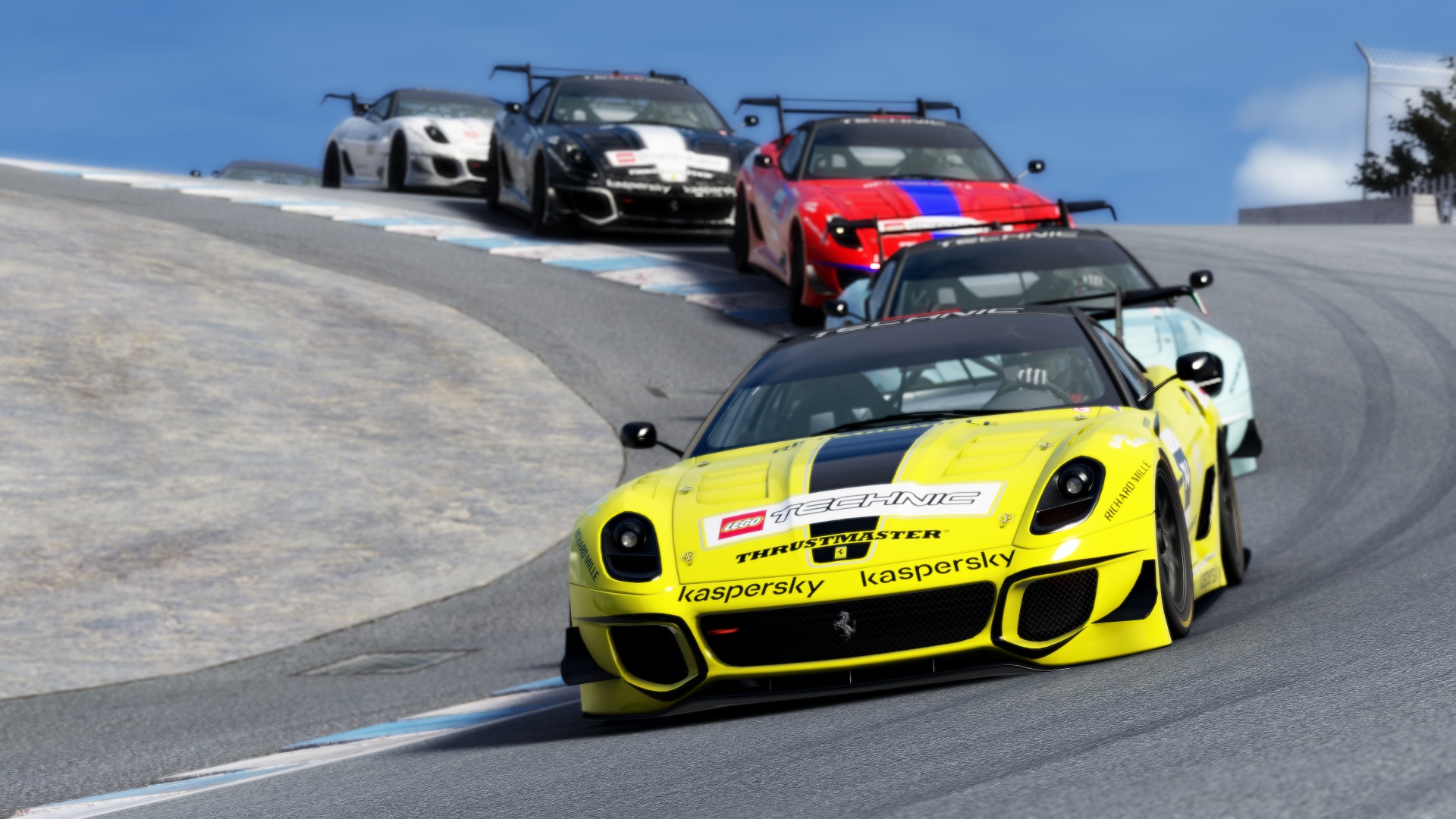 As soon as the lights turned green to signal the start of the 30-minute encounter in California, the field would prove to be no match for the fast starting Lacombe, the Frenchman charging his way into an unchallenged lead into the Andretti hairpin, a lead that never looked under threat from behind as Lacombe reeled off an impressive collection of fastest laps in the opening few minutes of the encounter.

Despite the fight for race victory proving too hot up front, the real drama would come from that all important 12th place and last guaranteed invitation spot to the main series. For the entire duration of the 30-minute race the fights would prove to be intense as driver after driver secured then promptly lost the position, with several cars proving tightly matched as the drivers continued to trade paint and bodywork in a bid to assure themselves of a safe top 12 position. 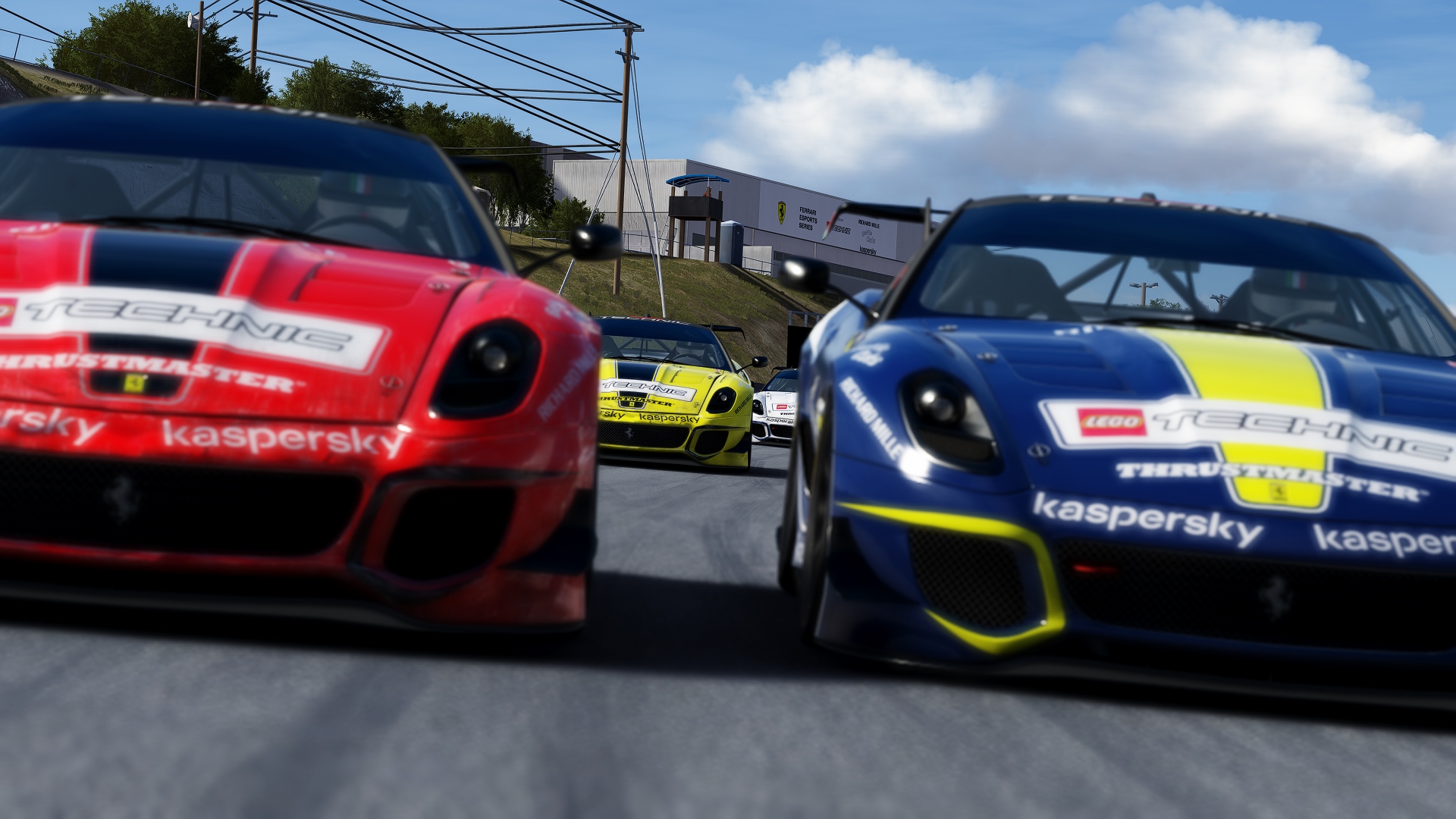 That important fight would be the main talking point of the race, and sadly for pre-race fastest hotlap qualified Davide Adami, the pace would prove just too much to handle as the Italian driver heartbreakingly ran short of fuel within sight of the chequered flag, classifying a frustrated and disappointed 19th and first of the non-running drivers, with it all to do again next time out at Vallelunga on June 29th.

Competition registrations for the series are still open ahead of the third qualification round, head over to ferrariesportseries.gg to register for the competition, and you will automatically be entered into a prize draw to potential win some sim racing goodies, as well as gaining access to the hotlap qualification competition for the race itself. Oh, and don't forget, for the fourth qualification round the car in use will be the brand-new to Assetto Corsa Ferrari 488 GT3 EVO 2020 - free to all registered players within the 2021 Ferrari Esport Series! 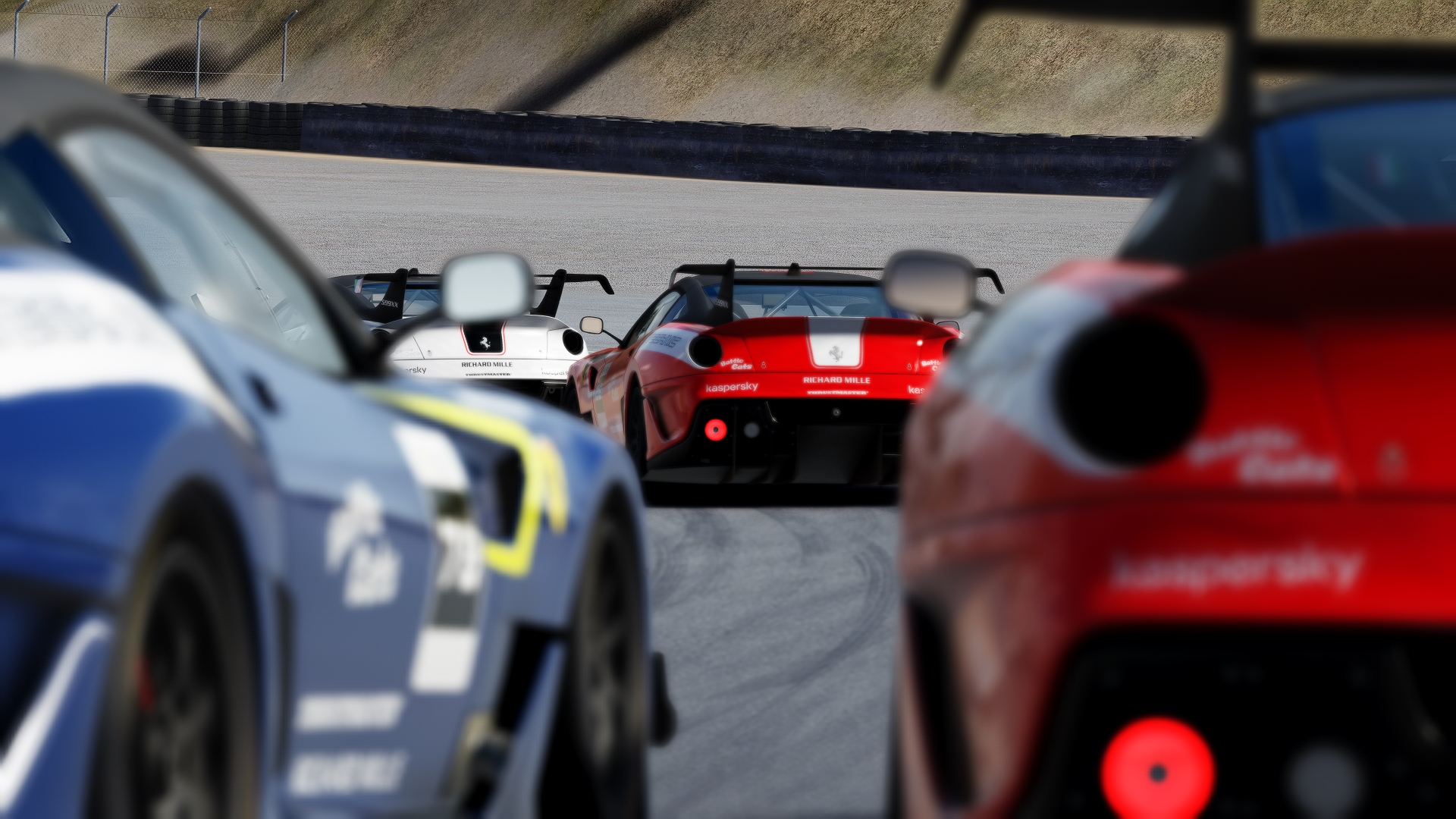 Don't let red bull know.
So I just re-tried the 599X EVO. It has been a while since I drove this great but almost forgotten AC car. Wow!

The only thing onboard driving is the flickering of pixels on the sides of the slide-window on the left of the screen.
How can I reduce/ eliminate that flickering? 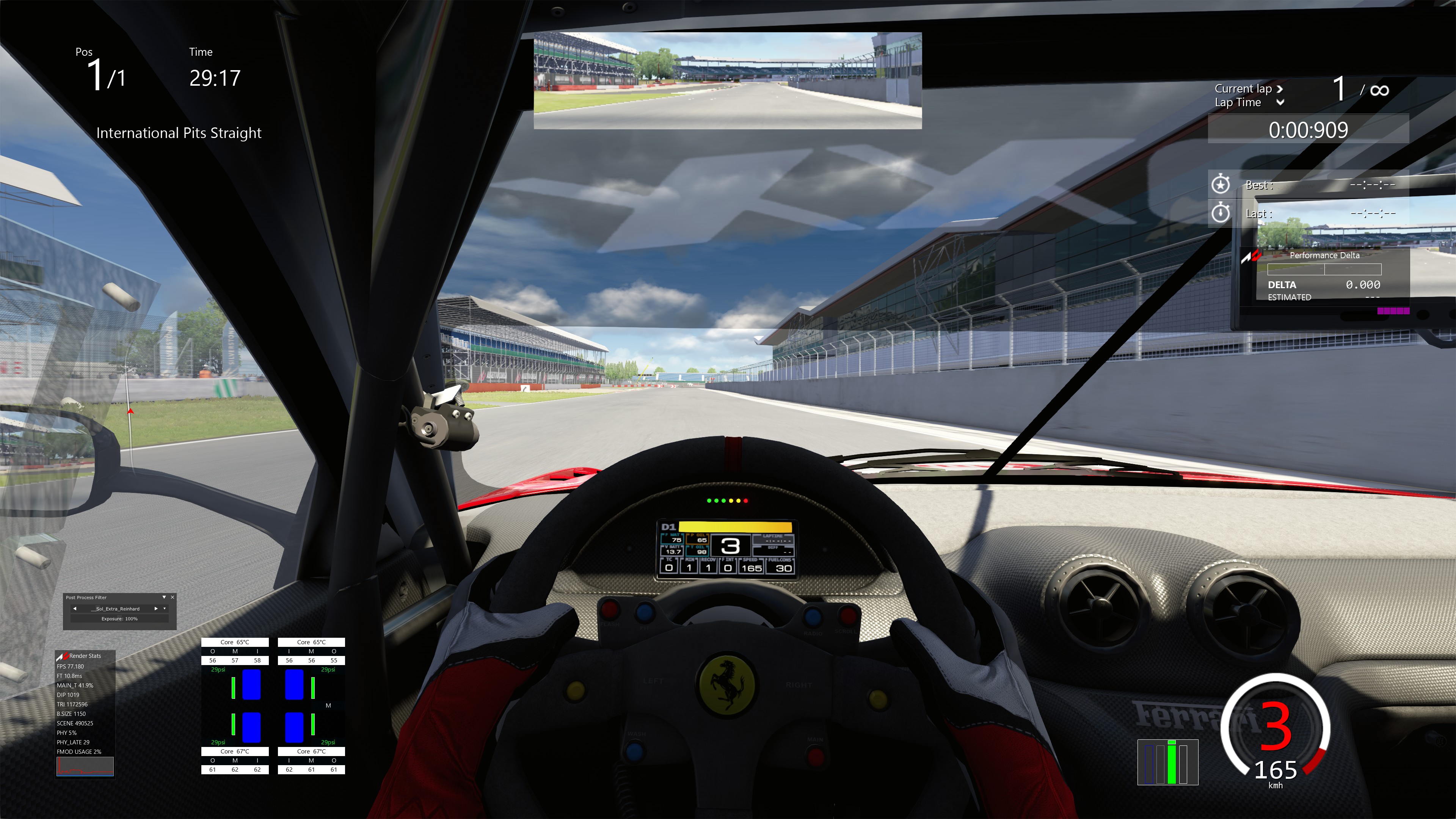 we shouldn't give this asshole anymore publicity. He's being paid by those Chinese copycats to **** on Lego at every possible opportunity, they probably pay his lawyers at this point.

Plus he got a really attractive face to land punches on.

AccAkut said:
we shouldn't give this asshole anymore publicity. He's being paid by those Chinese copycats to **** on Lego at every possible opportunity, they probably pay his lawyers at this point.

Plus he got a really attractive face to land punches on.
Click to expand...

I don't care. Nobody watch Held der Steine videos, we don't like him!

Lego still made one of the worst models in the 488 GTE in a long time. I mean look at it. I almost bought this thing too, but I'm glad I saw that video and didn't. I instead got the large Lego ECTO-1 that cost roughly the same at the time
so i register like the previous time but never get the "new car" so how to get it?
I mean, if you are into simracing, were to sign up to this esports series, were to win and weren't a well-informed Lego fan or got something else you didn't know in-and-out or maybe even something you don't want, would you really complain? Either way you can still sell it on or gift it away. The real price was winning the event...

I stopped watching Held der Steine once the negativity became constant and unbearable, though I do think that his complaints about the model are valid. But I just don't think that it matters at all. Neither for the winners nor in the grand scheme of things where Lego of all companies (!) is sponsoring a Ferrari (!) esports event that normal people like you and me could win (!) ...
Last edited: Jun 1, 2021